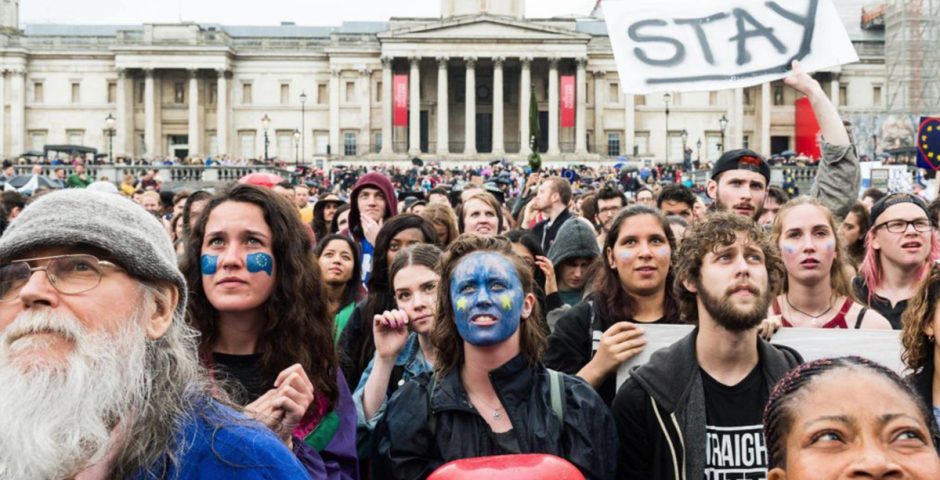 2.4 million young people are not currently registered for this election

The people, especially young people, have the power to change the course of UK politics – and yet many won’t take the time to register in order to have their voice heard.

Today is the last day they, you, can do that.

2.4m young people are not registered to vote and have only today left to register https://t.co/5Y5GcWbf6k #rizeupuk #TurnUp pic.twitter.com/CPxgTGUxon

Two thirds of under-25s have said they feel excluded by the current political system. Yet if 30 per cent more young people voted, we could have the power to swing the entire outcome of the upcoming election.

When the Brexit vote happened, the young blamed the old, and with good reason: 75 per cent of 18 to 24-year-olds who voted wanted to leave the EU, while around 60 per cent of those over 50 voted in favour.

Yet while we will never know the exact voter figures, a Sky Data poll suggested the turnout in the younger age group was as low as 36 per cent. That’s in comparison to 72 per cent of 35 to 44-year-olds, 75 per cent of 45 to 54-year-olds and over 80 per cent of 55-year-olds and above.

made my crush a playlist !! pic.twitter.com/ZAAIPtThuP

18-25 year olds: not long left to register to vote. please register, then vote. It's important. It's your future. https://t.co/ERBwaYl87w

1.4million minorities didn't vote last election. We can decide this one. Register by Sunday. https://t.co/F8oh3o0poV https://t.co/mdvXbiKRci

18 -24 year olds. Please register and vote. Unless you plan to vote Tory. In which case don't register, but do go and fuck yourself.

Not all 17-year-olds realise they don’t have to be 18 already to register – as long as they’re 18 by the day of the election, Thursday 8th June, they can vote. Likewise, you don’t need to be of any fixed address to vote – you merely have to be a UK citizen.

You might not think your vote counts. You might not agree wholeheartedly with a particular party. But registering to vote is the best way of having your voice heard, and of ensuring that young people don’t remain a silent majority.

The young could decide the outcome of the upcoming election, and it’s never been easier to get involved. Simply head to gov.uk/register-to-vote, and follow the instructions.