What do you miss about the early 00s? I miss having to care less about my eyebrows, being further away from the impending threat of nuclear war between the US and North Korea, and most importantly, flatforms.

Flatforms were the staple of every preteen girl in the late 90s and 2000s, because they were the embodiment of the peak level of sass your mother would allow you to channel with your pocket money when you went shopping. Lizzie McGuire had platforms. Your best mate’s glamorous older sister who wore glitter in her hair and had a boyfriend for four whole weeks, she had platforms. They were the marker of sophistication. 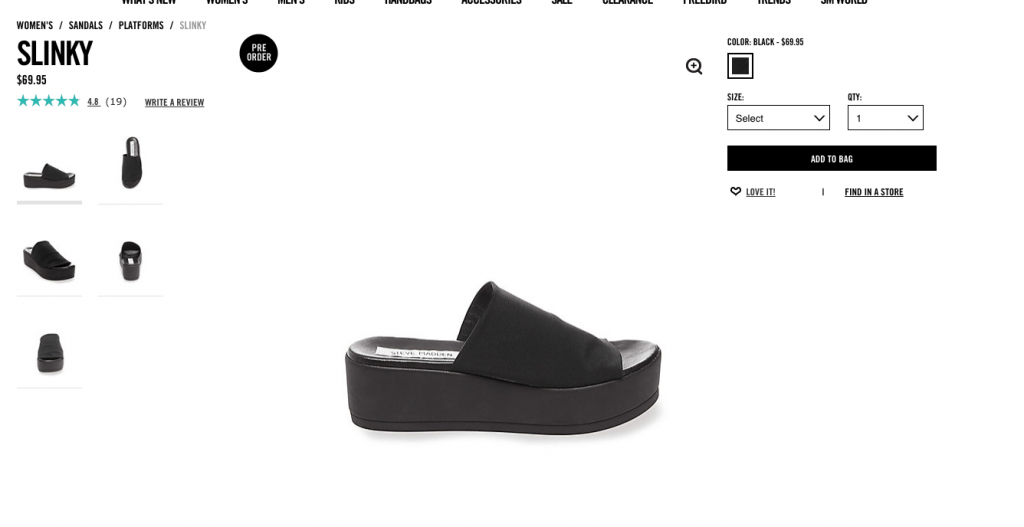 Steve Madden has revived the iconic 90s Slinky for Summer 2017, so now you can look like the mean girl of every teen movie who had face framing layers and a name like Britney or Chelsea, but like, as an adult, for the small price of just $69.95.