We’re barely even halfway through April, yet we’ve already been graced with the weirdest hot take of the year. This, by Sky News’ Sam Kiley.

While the headline seems to suggest we’ll be getting a Katie Hopkins-style diatribe along the lines of boo hoo young people aren’t offensive enough anymore, this is a different beast entirely. 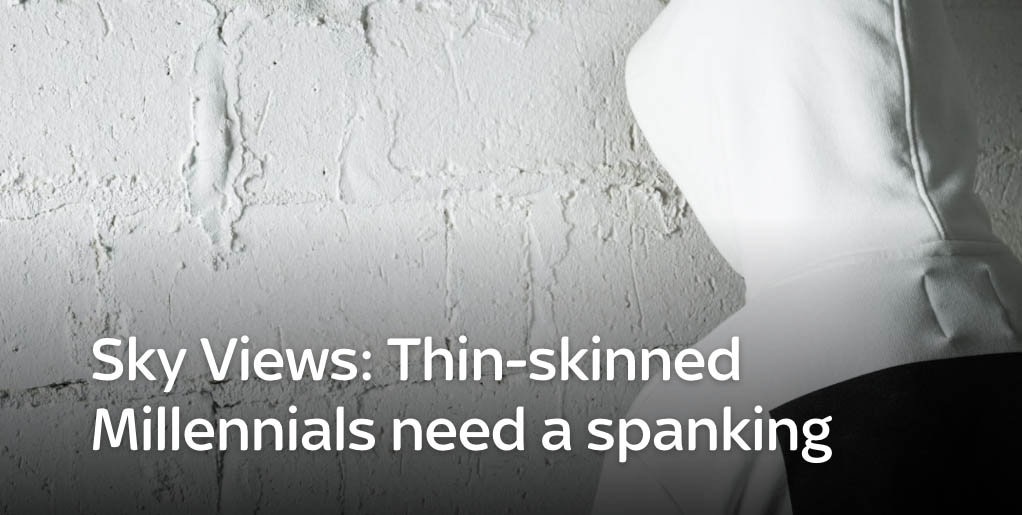 The column is a grumpy ramble about the good old days. Kiley laments the loss of National Service, good Public School leadership and the British stiff upper lip, while managing to somehow factor in paedophilia and the colonisation of Africa.

It begins fairly inoffensively, with a sombre reflection on memorial services.

Kiley quotes Auden, but takes great pains to tell you it’s from 1994’s Four Weddings and a Funeral. As he ruminates on early-90s pop culture, you’d be forgiven for asking: “What does this have to do with millennials?”

The column, written in a font so large we can only assume it’s geared at old folks, follows this nuanced argument: millennials are weak. Millennials refuse to die in the line of duty.

Kiley suggests our generation are weak because we haven’t fought in any wars or tilled any fields. We’ve forgotten everything that was good about Great Britain. No, not cholera, we presume he’s glad that’s gone. And glad the bloody women can vote now, too.

No, what we want is the class divide we had back in the old days. Then we’d all be a bit tougher.

It will come as no surprise that the benevolent Lord Kiley was educated at the uber-posh Eastbourne College in East Sussex, and has probably never been a ploughman. He has been tempered and toughened in the forges of public school, though, so he bloody well knows how to lead them!

Is he suggesting we murder young farmers? And does knowing how to winch a plough automatically make you a good, upstanding citizen? So many questions.

Anyway, back to the argument. “Poles” are better, Kiley says! Hire a Pole to pick your potatoes, and they won’t complain while doing it.

Which no-one was thinking about until he decided to bring it up, meaning everyone might now associate Sam Kiley with the “I’m not saying paedophiles are great, but…” school of thought.

Anyway, Kiley ends his piece with a pull on the heartstrings – telling us how strong the Syrian people are, how robust the African people are. Perhaps he’s saved himself at the last hurdle, you think.

Oh right, he’s saying it because he thinks they’re going to invade. Got it.

Thus ends Kiley’s argument. Now I’m not the Foreign Affairs Editor of Sky News. I’ve won no awards, I’ve never been in the army, and I certainly haven’t seen some of the things old Sam has seen.

But I do know a few things about “thin-skinned millennials,” being one, and I do have something of a moral compass. While Sam and his Old Boys may be keen to spank us, at least we can be comfortable in the knowledge that we think British Imperialism and National Service and Public School privilege being consigned to the past is actually something of a good thing.

We even quite like foreigners. Not in a fun, kinky way, though.