The 1p sandwich rush, and every other challenge you face when you work at Tesco

Working in the supermarket industry isn’t straight forward, as some people think. Working on the shop floor or on the tills, at some point every supermarket worker will experience the following things. These things will teach you more about humans than you ever thought you’d know.

So whether you are tidying the same shelf for the 20th time in one day, or scanning as quickly as your hands will allow, here’s an insight into the life of a supermarket employee – and all the things that surprise you, no matter how long you’ve worked there.

The most common being ‘bagging alert’ even though the items are in the bag? Either that or the machine will say cards only and a customer will put all their shopping through and wonder why the machine won’t take their money. 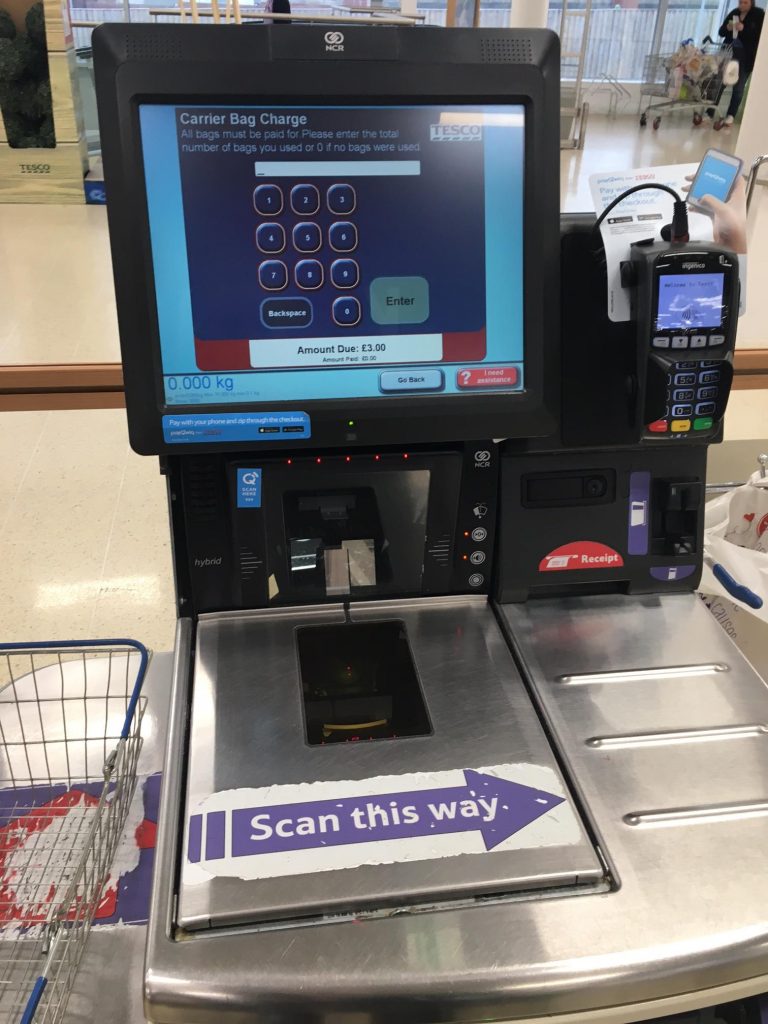 You get free food sometimes, but it’s only the things literally no one else wants

Sometimes when then stock doesn’t sell we’ll get them to take home for free like crisps and sweets.

Watching customer struggle whilst juggling ten items in their hands rather than pay 5p for carrier bag that can hold all their shopping until they get home. 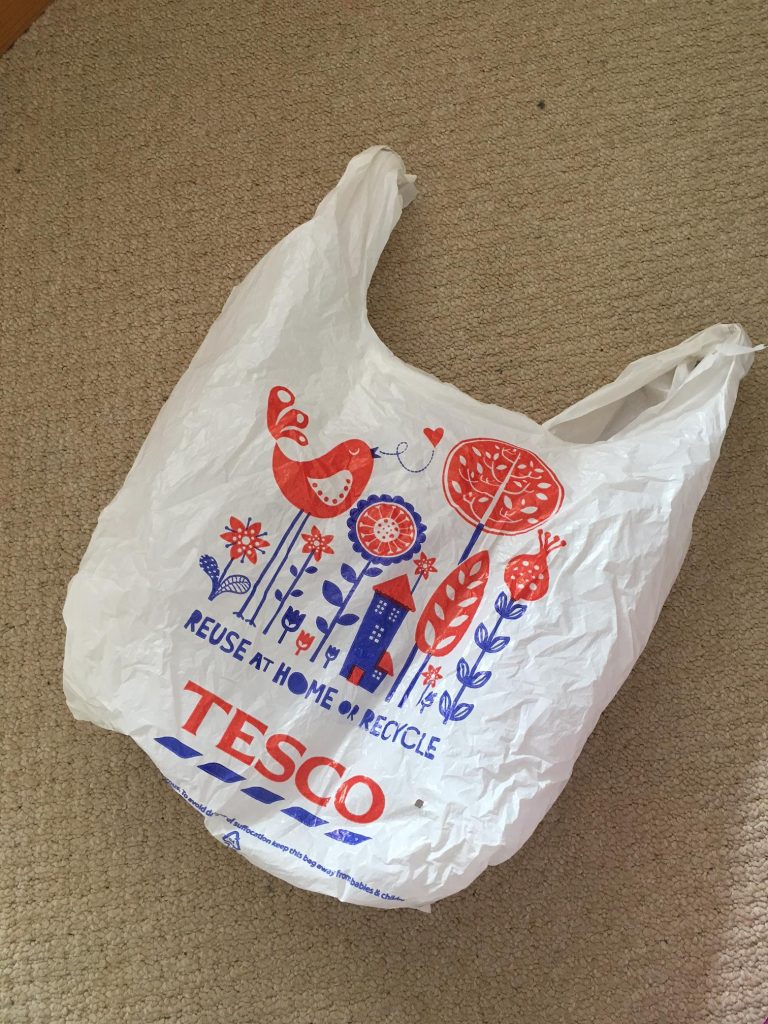 Reduction labels were made to try you

A customer brings a full basket’s worth of reductions. None of which will scan, which means you have to type every single code in individually. It will take a long time.

Elderly customers will save you when all seems lost

Elderly customers are always so grateful for your help and are a delight to serve. They are so thankful you have packed their bag or made conversation about the weather and restore your faith in humanity.

However for every sweet, elderly person, there is a customer who has literally no regard for your human feelings

A rude customer is enough to ruin anyone’s day and can leave you in a stinking mood for ages. Their behaviour and attitude often make you question the general public and wonder how people can be so pointlessly rude to someone who is doing their best to help. 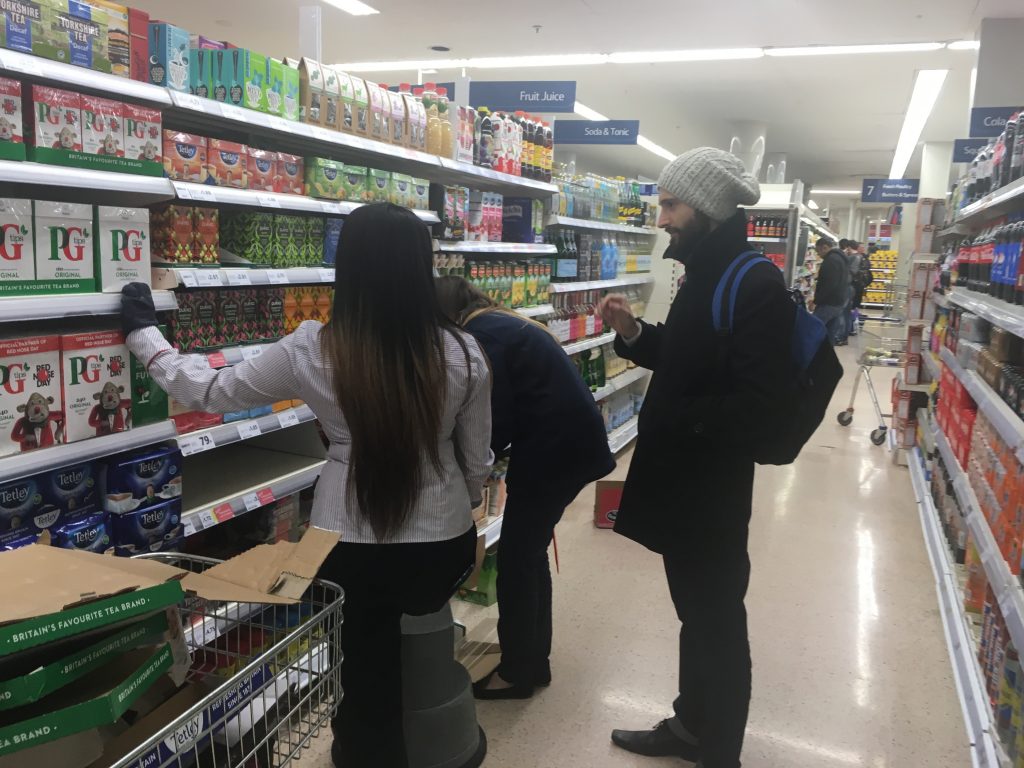 People all decide to pay the second your till crashes

It’s like they know. It freezes and all of a sudden you have a big queue. Maybe one of the self scans are down, or your till will freeze or the card machine will stop working. You’re tapping the screen and saying ‘come on’ hoping that will resolve whatever problem the till is having.

Putting something back you don’t want in its original place seems like such a simple task right? Apparently not. The amount of time you walk round the store picking up items people have just put on a random shelf you wouldn’t believe. Please don’t do it, please. 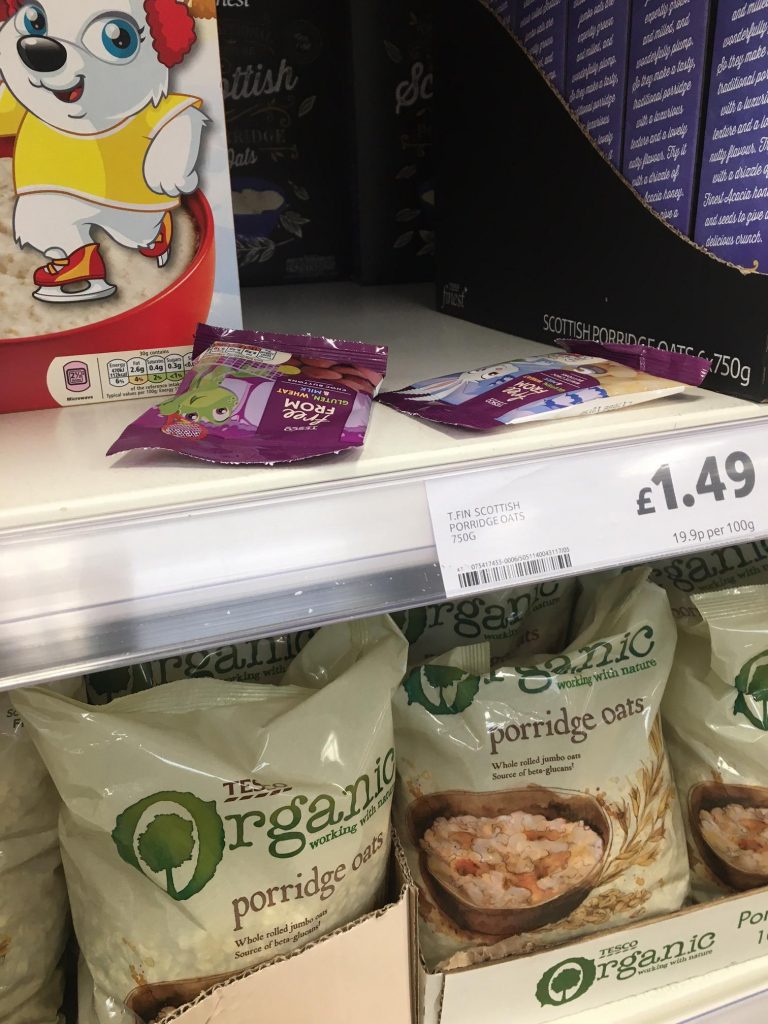 Some people will wait until all the shopping paid for to realise they have their Clubcard at the bottom of their bag after they’ve told you they don’t have it with them meaning you have to print the receipt and put the points on. There will be some customers that will be so adamant to scanning their Clubcard for the sake of £1.03 worth of items just to get one point.

Please stop complaining about the price of cigarettes. Do you not understand I don’t work for the government and do not have control over the prices.

Our uniform is better than the shmucks at Asda

Tesco have the best uniform out of all the supermarkets, and perfect for both male and female. Our plain dark blue uniform means eyes are not blinded like the bright green tops you see at Asda. 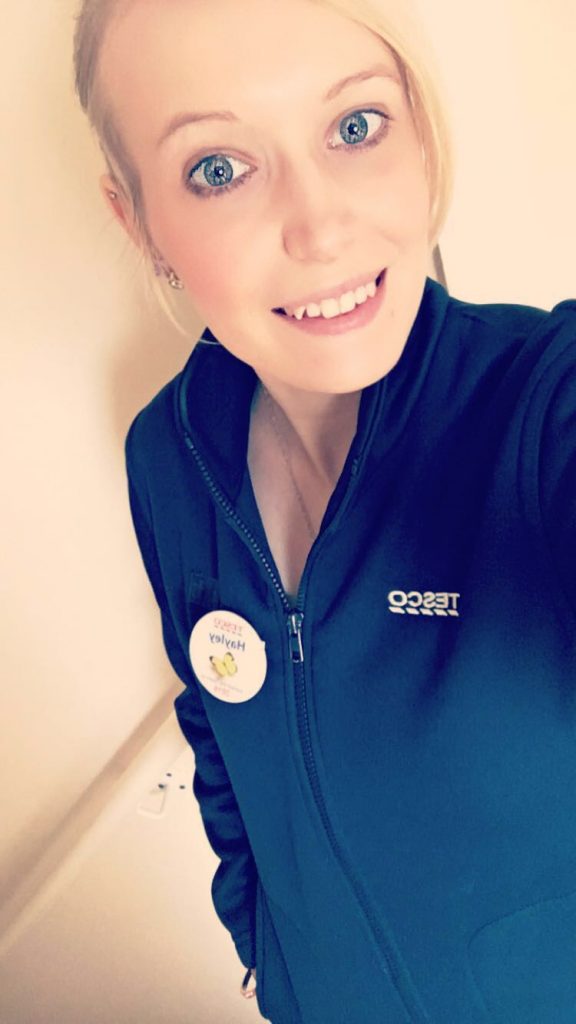 The reductions see customers crowd round the the reduced stock late at night buying 10 sandwiches each at 1p a piece. When are you going to eat all of those they are going out of date.

And tell you it’s cheaper there anyway as if they want to offend you. We are the best British supermarket, though.

No, we don’t get free meal deals

Tesco’s £3 meal deals are a must at dinner time, but yeah we have to buy them just like the rest of you. 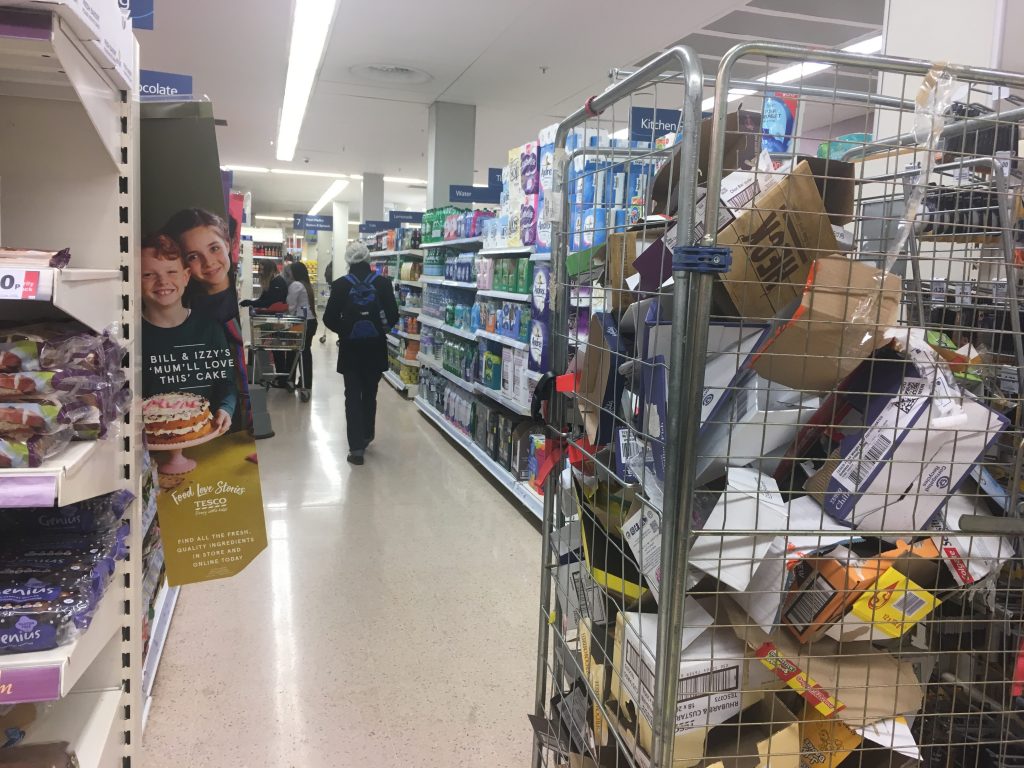 Right down to it’s precise location and the time it gets delivered.

When the doors are about to close and a crowd of customers flock through the doors realising they need bread and milk at 10.57pm.

There’s nothing that makes you sigh more than when you’ve spent ages tidying up all the shelves and they’re looking perfect and someone comes along and messes up all your hard work. Start again. 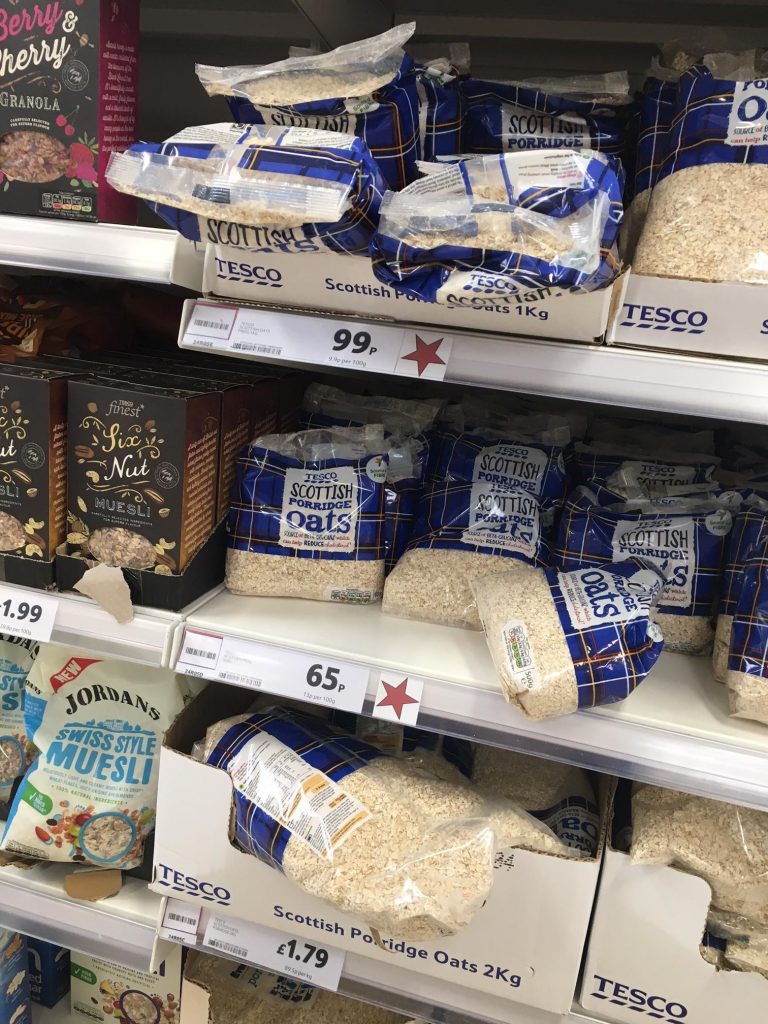 The extent of how bad customers’ jokes can be

Putting your fake laugh on at some of jokes you hear from customers, one of the most famous being: “If it doesn’t scan it must be free”. Hahahahahahahahahahaha. Also featuring the ‘every little helps’ slogan as a joke, when they’ve saved 12p on their shopping.

But you sometimes you get real inspiration from their food shops

Seeing all the nice foods customers are buying and creating a list of all the foods you’re going to buy when you’re finished based on the customers you’ve served.

You become a master in the art of ‘looking busy’

When it’s quiet on the tills and there’s nothing much to do you’ll do your best to look busy by repeatedly rearranging things around the till or emptying the bin, anything to pass time until the next customer.

That working in a supermarket gives you thick, thick skin

No matter what we keep on smiling.

Having said all this working in a supermarket is what makes us who we are and it wouldn’t be what it it without the countless calamities.

Just don’t ask me where anything is.