Everything that happened at your bang average suburban sixth form college

Suburban sixth forms: the foster’s lager of A-Level educational establishments. Pervasive, nondescript, and functional.  It’s not so much that there’s something wrong with it, as you’d never choose to order it.

Nevertheless, the truth is that you probably ended up at one. If someone asks, you’ll refer to it as “school” because it was in the same place. Think harder though and you’ll realise that all the cake days, student-teacher relations and Christmas parties meant it couldn’t be further from it. Here’s a reminder of all the weird things that happened there.

You practically lived in porta cabins

In year 11 they tricked you into staying on by saying the new building would be finished “just after Christmas” which then became “just after summer” and finally “just after you leave.” “What a shame” they said, as you sat in the leaky Portakabin with your coat on, your gloved hand clutching a flask of coffee, taking notes on Gothic motifs in ‘Wuthering Heights’.

It was real life Inbetweeners

Dodgy teachers, tragic Christmas parties and exam reward trips to Thorpe Park, going to a suburban sixth form meant ‘The Inbetweeners’ was more than just entertainment: this was your life played back to you.

You were taught by ex-students

Some of them told you outright. They thought they were inspirational examples of what you could achieve if you studied hard enough. Others would keep it hush, until you asked them for help with your UCAS form. Then they would tell you, very seriously, to move away like they wish they had done. “It’s not that I don’t like working here, it’s just not what I envisaged” they’d say, staring out the window at their ruined dreams.

And your friend’s Mum

She was also really rubbish and you blame her for getting rejected from your first choice university. On the other side, you’ve know her since you was seven and you’re like friends. Then again you should be at Cambridge. But she bought me a Christmas present. You’ll go through the rest of your life seriously conflicted about them.

No one there was that popular at their senior school

They would only let in students they thought could get at least Cs in their A-Levels. The problem was most of these students fled to one of the city centre colleges. You were left with a ghostly mix of social outcasts who dare not leave, weirdos who had loved school way too much and slackers who were allowed in because their Mum was a dinner lady.

Despite them living less than a 15 minute walk from the school and having to pay for parking. Travelling by foot became unimaginable and getting the bus was for babies. It was even better if you were one of the few without a car, as it was almost expected that your friend would give you a lift anywhere at any time on demand, particularly lunch time trips to McDonald’s.

You had been waiting eleven years for the freedom to wear what you wanted. It mattered. Wearing the same piece of clothing in the same week, never mind the same outfit, was outright not okay. 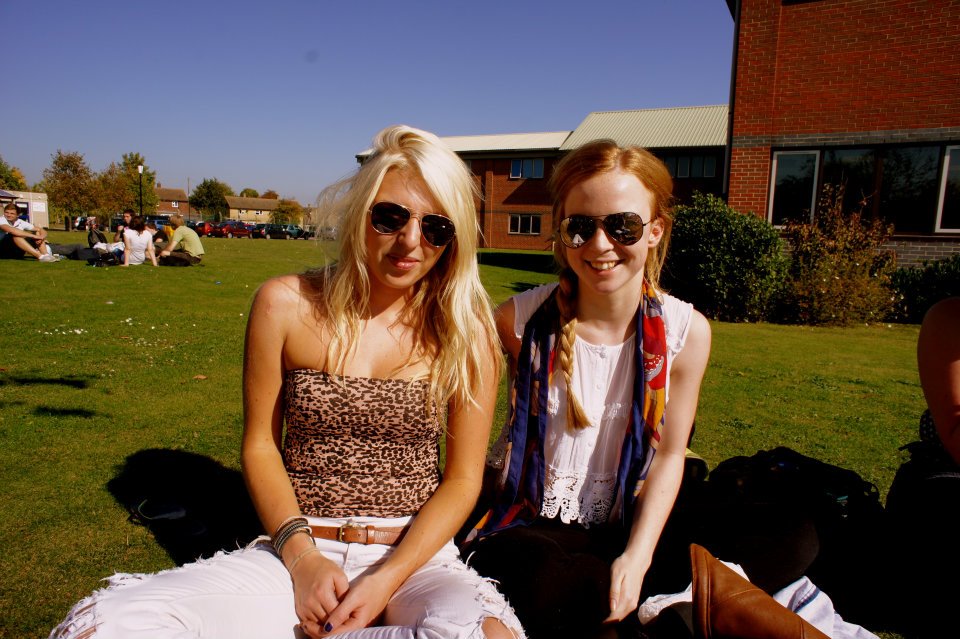 The Christmas Party was the main event of the year

They always had to have it in November on a Tuesday night because no one booked the venue far enough in advance.  In the days leading up to it anyone who hadn’t turned 17 started hatching elaborate plans to get fake ID. One of the girls found somebody’s on the floor and used that, which wasn’t illegal at all. The day after, a girl would run out of the common room crying because someone let slip the boy she liked had kissed her friend, someone would get sent home because they turned up to class drunk, the venue would ring up the school saying they were banned, because someone has stolen a bottle of fake champagne from behind the bar.

Chavs were an endangered species

During high school, you’d nervously rush by them, as they loitered around smoking at the school gates, shouting abuse at passer-bys and revving mopeds – which always had learner stickers on them, regardless of whether they had passed their test or not. Now only three or four remained, they lingered in the corner of the common room, looking miserably at their phones for the next sesh. You almost felt sorry for them.

It got really incestuous

Whether it was the lack of choice and small size, or the fact that the lunch time common room allowed for a brilliant vantage point of any of your friends’ sexual histories, by your final year you couldn’t escape the overwhelmingly seedy feeling that there wasn’t anyone there who at least one person hadn’t slept with. 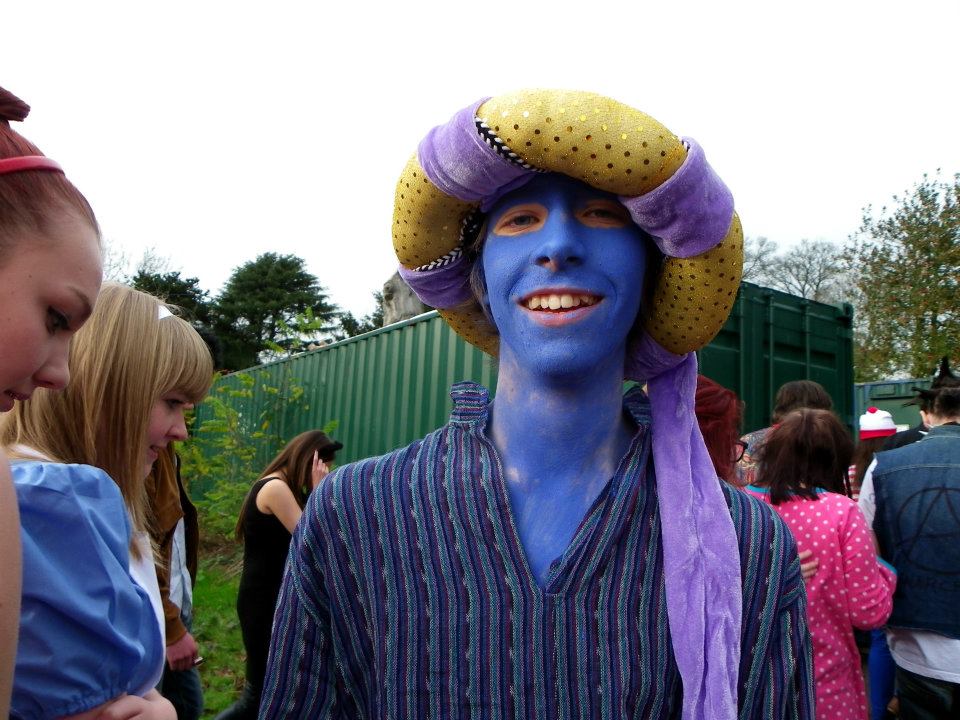 Having to teach surly teenagers for most of their week, teachers viewed our lessons as nice breaks from their usual stresses. And in many cases, too much of a break. Having a pause to get warm drinks became virtually a prerequisite of a lot of classes and big chunks of the lesson would be passed gossiping with teachers about the love life of both staff and students as you prayed for the day they overlapped.

There were the popular kids, the geeks, the chavs, the indie kids… which is pretty standard when you’re twelve, but is a bit weird when you’re 18. You’re a legal adult: you can vote, open a bank account, drive, but you still won’t dare cross into another group’s area of the common room.

At the start of each term they’d give you a programme of activities, but it turned out these mainly covered optional revision sessions and groups that put you at risk of eternal social exclusion, like ‘computer club’. That said, when it came around to applying for university, everyone became an avid member of the Amnesty International group for two weeks.

One day in summer of Year 12 you got a day off school to go and visit the local university. If you was lucky you got a coach there but it was probably a double-decker bus. Once there, you spent the day amassing free pens, pillaging the free buffet and listening to boring people tell you that “local students get reduced offers and iPad.” When half the sixth form put it down as their first choice, you didn’t need any more persuading to move as far away as possible.

At the sixth form prom everyone got drunk with the teachers

We’ve been waiting for this moment for nearly a decade. In the preceding weeks, at least five people will tell you they’re going to eventually tell [insert teacher or student here what they really think of them, because they’ll never see them again. None of them go through with it. Everyone is so drunk by the time they get to the meal, that they spend the evening alternating between dancing with teachers, taking selfies with them and throwing cocktail sausages at each other. 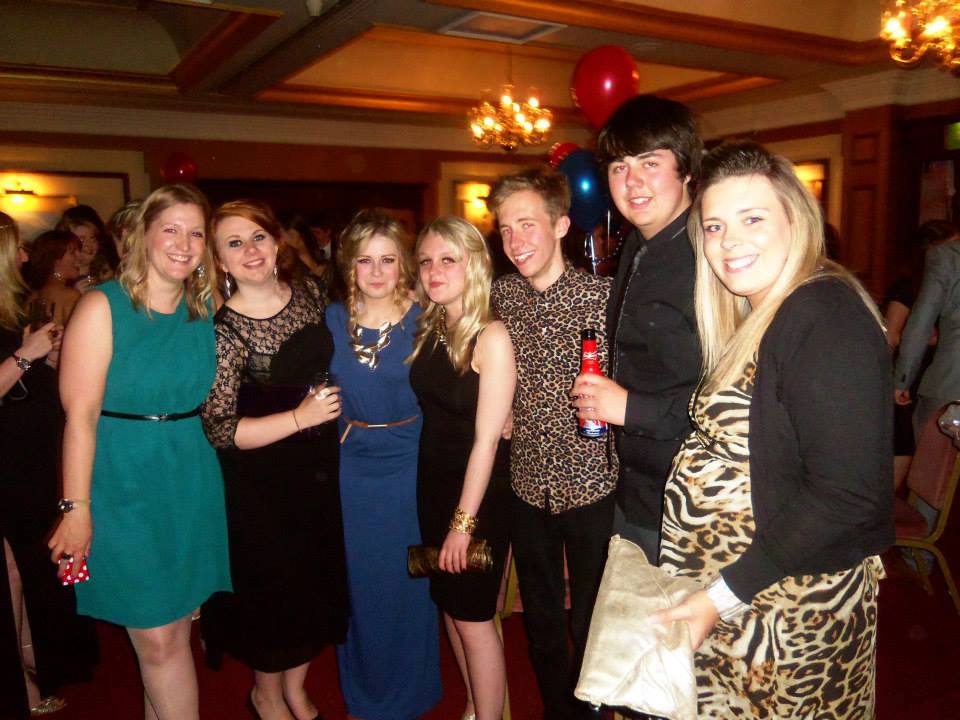 Inevitably they’d gone to the local university and had a strong urge to make the most of all their newly discovered free time by dropping in on the sixth form on a weekly basis. Usually one of them was also in a relationship with someone in Year 12 and they’re now happily married with a mortgage on a house a few streets from the school.

Everyone got a bit chubby over the two years

The abundance of free cake, a cheap vending machine and exam stress eventually took its toll and the lack of forced exercise got to you.

Bearing in mind the competition and intense application process, which culminated in an interview with the Head Teacher (didn’t they have better things to be doing?), the eventual picks didn’t really live up to much. In fact, you realised they were probably just showing symptoms of narcissistic personality disorder. No one ever remembered what they did, and forgot who they were until they made a speech at the end of year 13 that no one listened to.

Suddenly the geek who’d suffered mild but persistent bullying throughout the previous five years had grown a beard, discovered the gym and was now prime Oxbridge bound dating material. Meanwhile, that guy everyone had fancied in Year 10 had acquired a prematurely receding hairline and was one bad grade away from being kicked out.

The school year book was an overpriced vanity project

It was basically 30 pages devoted to heavily retouched photos of the head boy’s and head girl’s friends and teachers you’d never heard of gushing about them. They also inevitably forgot to include a photo of the guy who had moved to your sixth form that year, which was excruciatingly awkward. Worse, they dared charge £30. You still ended up buying it though, and in a few years you’ll really regret the photo you suggested. 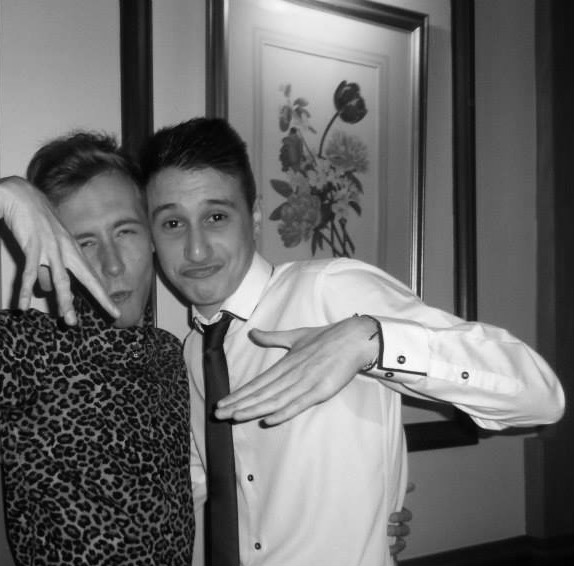 What were you thinking

A year after you left, one of your classmates married a teacher

You only realised when they changed their profile picture to one of themselves in a wedding dress, gazing lovingly into Mr Wilkinson’s eyes. You have no idea how they kept it a secret through two years of Thursday afternoon double Maths lessons, but the rumours of the cleaning cupboard were true.

The smoking shelter was the best place to hang out

You took full liberty of no longer having to hide in the school bushes to smoke by spending all your breaks  hanging out in the plastic smoking shelter in front of the school. There was nowhere more glamorous you thought.

Not to mention some of the boys.

The teachers kept telling you to take full advantage of all your free periods, which you did through frequent lie ins and copious viewing of The Jeremy Kyle Show.

You could go to Tesco, which was the coolest thing imaginable

You had been waiting for this moment since you were fourteen and it didn’t disappoint. Meal deals ruled. No one who wanted to maintain any scrap of social status dared bring a packed lunch.

It was the first time everyone could go out together and then go to college the next day. Your Friday morning lessons would be filled with the cloying smell of aged vodka and hands with faded stamps on them, trying hard to write the date correctly.

Was there though? Was it not just that your phone signal was rubbish? Or was there actually led in the walls?