One girl ended up in A&E

First dates, expectation: Your eyes will meet across a dimly-lit table in a romantic yet inexpensive restaurant. You both look exactly like your photos on Tinder. There are no awkward silences and nobody gets too drunk as they exchange witty jokes and knowing glances. You kiss under the stars on the way home and fall quickly and irrevocably in love.

On a first date I had the other week the guy asked if I used to be fat because ‘I can tell you like food and also you have a good personality so clearly you had to make up for the fact you were fat somehow’. And then essentially because I didn’t want to see him again after that (wonder why) he blocked me and called me “a tiny fat autistic shit”.

Oh and when I was like “yeah I did used to be fat he looked me up and down and was like you can tell”. He was a psycho, i had a lucky escape.

I was leaving uni on the last day before the Easter holidays. I’d met this guy in a club and we exchanged numbers, and he called me a month later and told me he had got a (long) train to my city to see me. I thought he was joking – he wasn’t. We sat in a gross pub near the station surrounded by my suitcases. The drinks were £1 each but we didn’t do rounds. I then got on my train and went home and so did he. We didn’t speak again.

I mean it wasn’t an atrocious date but was absolutely the most awkward hour of my life. 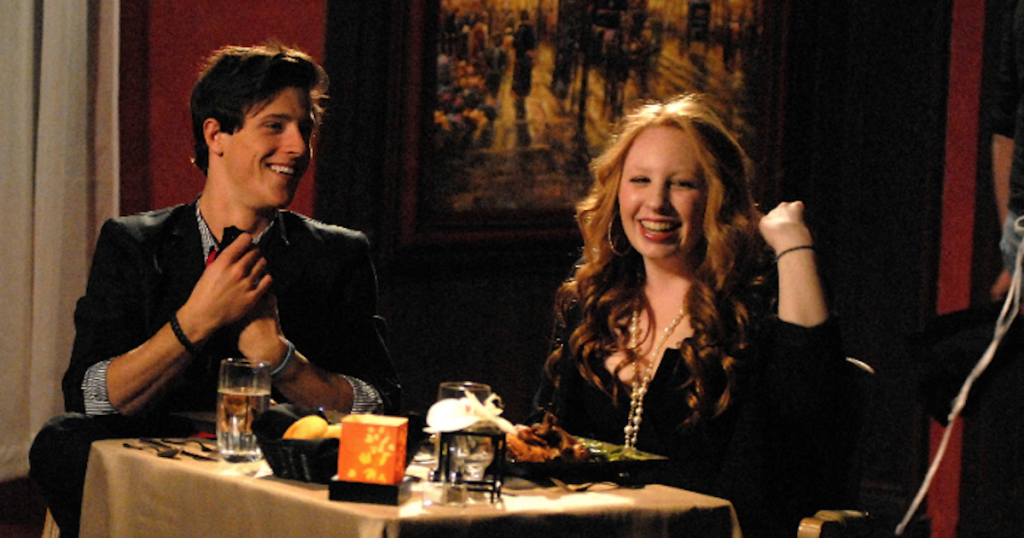 So I went on a Tinder date and he turned up really drunk, so naturally I caught up. There were lots of awkward moments like him falling off the chair and trying to kiss me when I was rolling a cig so had a filter in my mouth and I thought he was trying to take the filter. But then basically we ended up having sex (I know).

I was on my period and was so drunk I forgot to take my tampon out. So in the morning when he left I realised it was stuck and had to go to A&E and wait five hours for it to be removed. He never replied to my texts saying basically “lol, I’m in A&E” and I keep bumping into him at uni now. I saw him at a party and asked him and he claimed he’d lost his phone but I’ve heard from people that he’s a bad guy so probably a lucky escape.

I went for tapas for a first date and was absolutely starving. Not gonna lie,  I ate like an actual animal and at one point he was like “you know food goes in your mouth and not on your face right?” (I have been told I eat like someone who hasn’t eaten for a month). Mortifying.

i went on a Tinder date with a French finance guy and it was horrendously boring. We’d just sat down when he got a wine list and started studying it, then was like ‘so, do you want the French wine or the shit wine’? I laughed but he wasn’t kidding and would literally only let me order French wine.

He talked for forty minutes about hr finance models, after which I asked him if that’s what he did, to which he responded, ‘no’. There was a massive clock behind his head and I was staring at it the whole time waiting for an hour to be up so I could go home and leave. He asked if I wanted to go for dinner afterwards and I promptly ran. 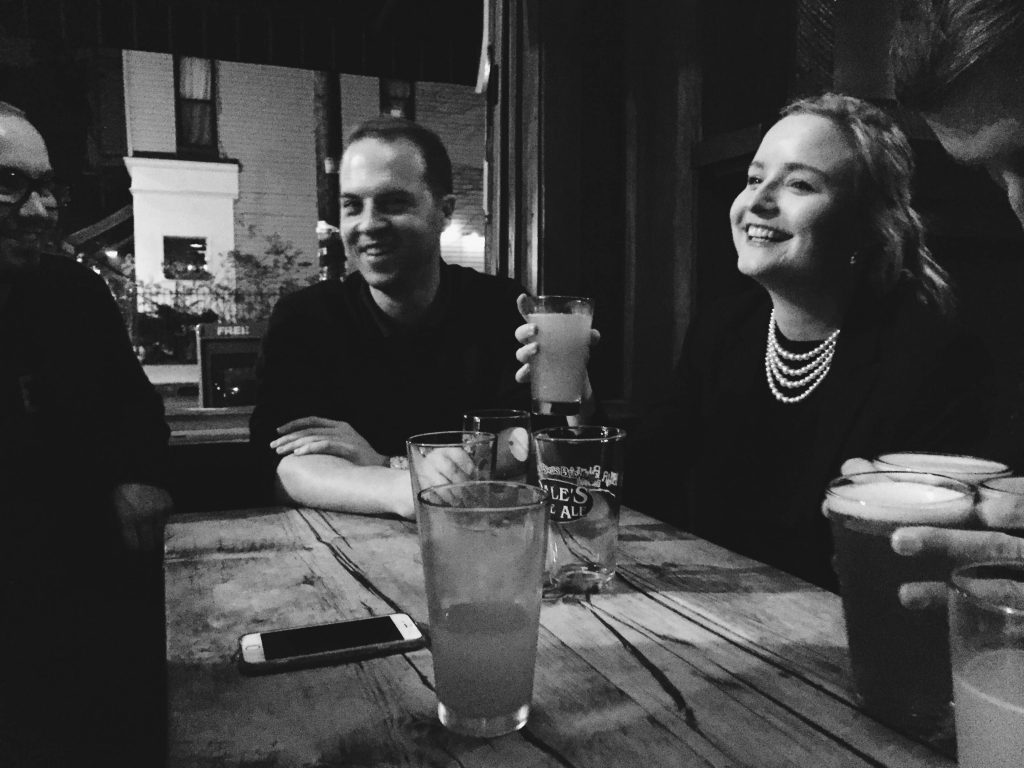 He was an hour late, then when he finally got there, I told him that the wait for where we were planning on going was an hour long, so we should choose someplace else. His first words were, “Do you want to smoke?” after politely declining, we decided to go downtown to find something to eat. We started walking downtown, and within five minutes, he asked me who I was voting for. I told him I didn’t know, then he asked who I thought he was voting for. When I said I didn’t know, he raised his shirt to reveal his belt, which had elephants on it. He then went on to talk about how much he loved Trump and how he should build a wall and shouldn’t care about social issues like abortion.

We walked past every restaurant, and everyone he turned down. When we finally settled on a place, the hostess told us to wait for a few mins for our table by going to the bar. We walked to the bar, but he then said he didn’t want to wait at the bar because you had to make “awkward small talk with the bartender”, so we waited outside. While waiting, he asked what I wanted to do after college, so I told him either content writing or social media. He scoffed, and asked if I was going to become one of those “media people”, then took out his phone to show me a girl he went to high school with that I looked like that he had the hots for.

Once we eventually sat down, the dude looked at the beer menu like it was written in Swahili. He also thought pork belly and pulled pork was the same thing, and proceeded to complain when he got his pork belly tacos and was confused why it wasn’t pulled pork. He spent the entire date talking about how democrats were ruining holidays, and continuously asking when we were gonna chill again.

When I finally told him I wasn’t interested, he did a complete 180. He slammed a 20 on the table and told me I could pay for my portion of the meal. He asked if I thought he was ugly, then grew silent when I asked him if he thought I was ugly. He told me I probably went for dweebs, then said we could leave. I told him I wasn’t leaving until the check came, so he bounced. 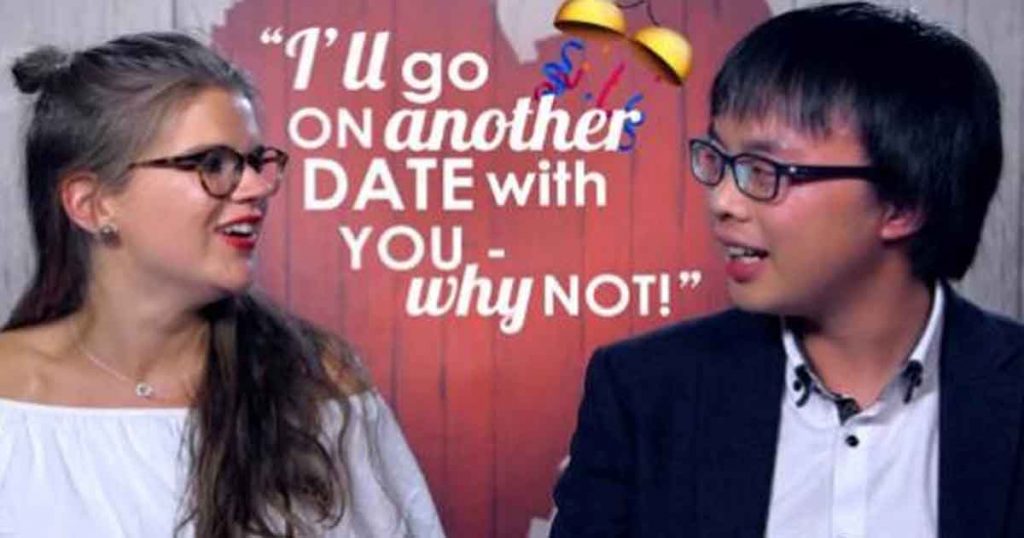 I went on a Tinder date with a guy before picking up a friend from Grand Central. We had time to kill after drinks and I needed to use the bathroom so he offered to let me use his since his apartment was across the street. I went to pee and came out to see him lying on the bed, with his zip open, fully erect, staring at me in the face. He asked “aren’t you going to do anything about this?” and I refused, so he continued to take care of himself, and I stood there shocked, only to see him grab a tissue less than a minute later and shoot into it shouting “GOAL” upon doing so.

Deleted and blocked his number and stress ate a burrito in my best friend’s apartment after that, while watching Catfish.