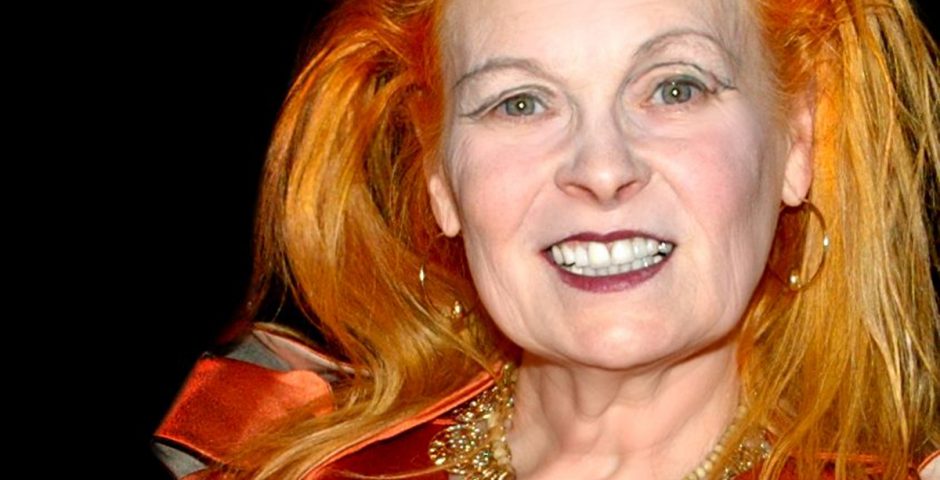 Even at 75 Vivienne Westwood is still nothing less than iconic

We are not worthy

Although media is currently dominated with news of the POTUS-to-be, there’s only one septuagenarian that matters right now and that’s the eternal queen of edginess, Dame Vivienne Westwood. Nobody can top her eccentricity and general no-fucks-given attitude. If you don’t agree, get back to me when your fave has driven a tank to the Prime Minister’s house (yes, she actually did that once).

Like an angel coming to save mankind, Westwood made an unforgettable return in London Fashion Week Men’s recently. Her models looked ethereal in her trademark anarchic style, sporting brash patterns and cuts along with face paint and paper crowns. She even adorned some of them with tiny sparkly penises just for good measure. She is not one to disappoint.

She’s known for making bold statements through her clothing and her AW17 collection was no exception. The collection was essentially unisex, both male and female models walked the runway wearing gender neutral outfits with men in dresses and women in ties. Westwood herself has said she loves the idea of men and women being able to swap and share clothes as way to spend less money and use fewer resources.

She is also a massive environmental campaigner and works time and again to promote and aid causes for climate change. It was a major theme in her recent show which was titled “Ecotricity”. Her clothing featured various slogans such as “What’s good for the planet… is bad for the economy”, making a clear shot at politicians who favour money making over environmentalism. Our girl is not afraid to get political. She has previously said that switching to green energy is a political act and in 2014 she shaved her head to raise awareness for climate change.

A photo posted by Vivienne Westwood (@viviennewestwoodofficial) on Jan 15, 2017 at 11:10am PST

Her LFWM show is just part of a career that has spanned five decades. Her clothing has always represented rebellion and a challenge to the norm. She is the official master of punk style and continues to be able to shock people with her collections. She’s bagged Womenswear Designer of the Year at the British Fashion Awards twice for her innovative designs.

Her collections have been inspired by the weird and wonderful over the years, from Pirates and Witches to Portraits and Nymphs. Her ability to draw inspiration from unusual places and reinvent tradition is what’s made her a global icon. I mean, don’t we all want to be able to dress like a dreamy pirate? To quote the great woman herself, “You have a more interesting life if you wear impressive clothes”.

Westwood has always been just as active outside of fashion too, creating some truly iconic moments. In 1989 she dressed as Margaret Thatcher on the cover of Tatler for their April Fools edition. She actually wore a dress Thatcher had ordered but not yet collected. She even collected her royal honours from the Queen wearing no knickers, not once but twice. She’s daring, and maybe even a little mad, but that’s why we love her. 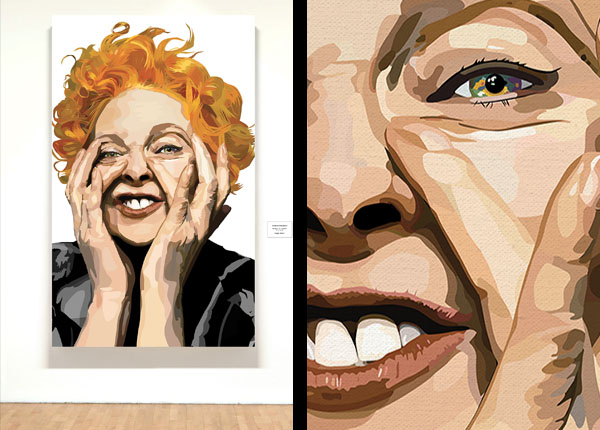 As if that wasn’t enough, she’s also announced she’s going to host a night at Fabric, the recently reopened London nightclub. With her organisation, Climate Revolution, she is holding “an exclusive night in aid of climate change” on February 20th. There is even a Mad Max dress code so it’s no surprise that tickets for the event have already sold out.

Westwood has started 2017 off with a bang and proved she is just as provocative as she’s always been. Unafraid to be controversial and bold, she is still not only relevant but at the forefront of her industry. Now let us all pray to be that cool when we’re 75.