Believe it or not, these are the most right-swiped people on Tinder in the UK

Tinder was once the new frontier of dating, a shining beacon in a sea of dirty clubs and regretful kebab shop pulls. So why isn’t there anyone fit on it anymore? And, if so, why aren’t they matching me?

Cosmopolitan have tracked down the most matched Tinder users in the whole of the UK, aiming to work out what it is that makes someone swipe right. The people they found look like this: 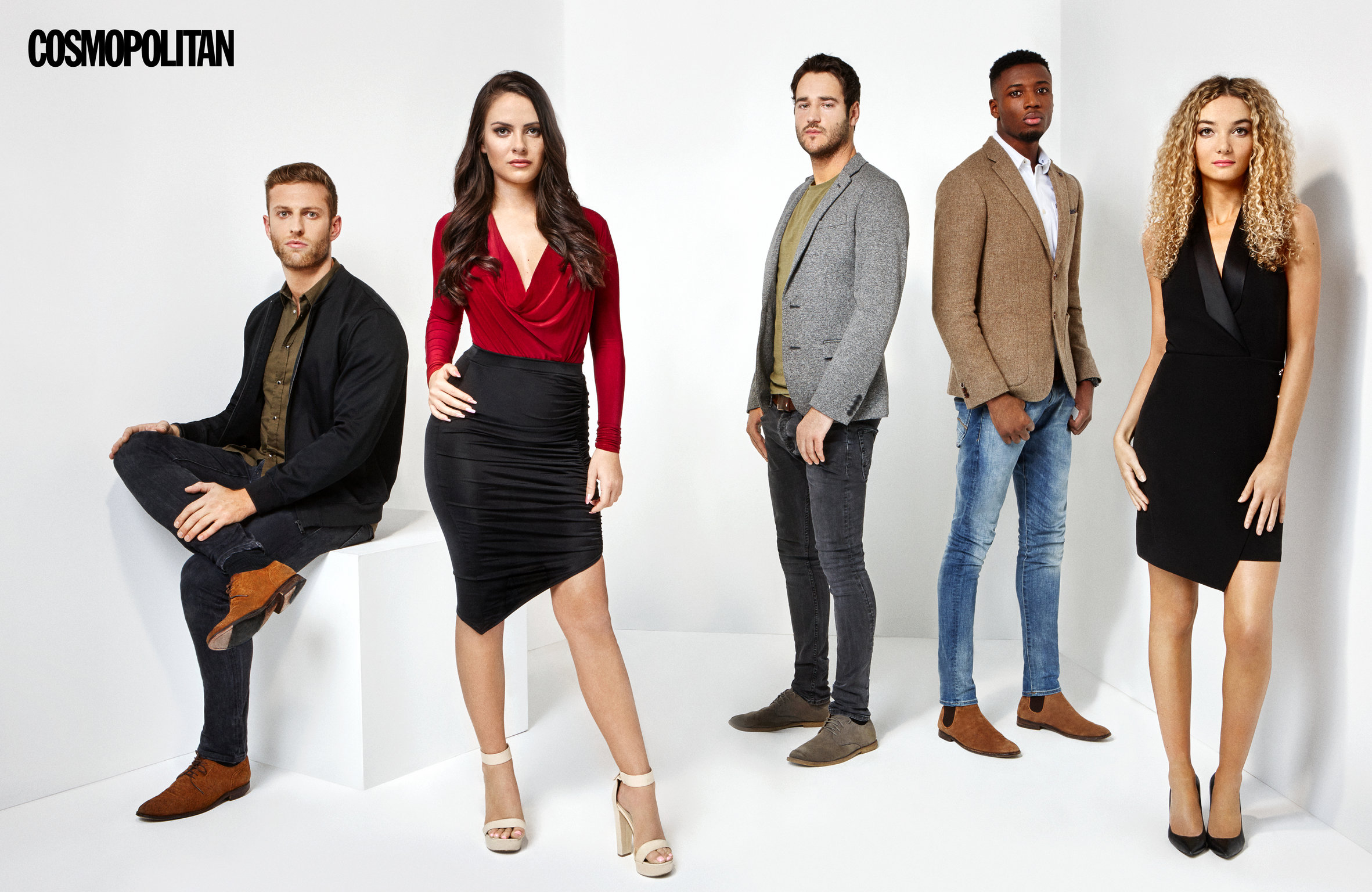 These people are more dateable than you, yes, – but don’t despair. They’re here to impart their wisdom on what makes a good Tinder profile, so get ready to fire up the app and start deleting your chinless selfies. 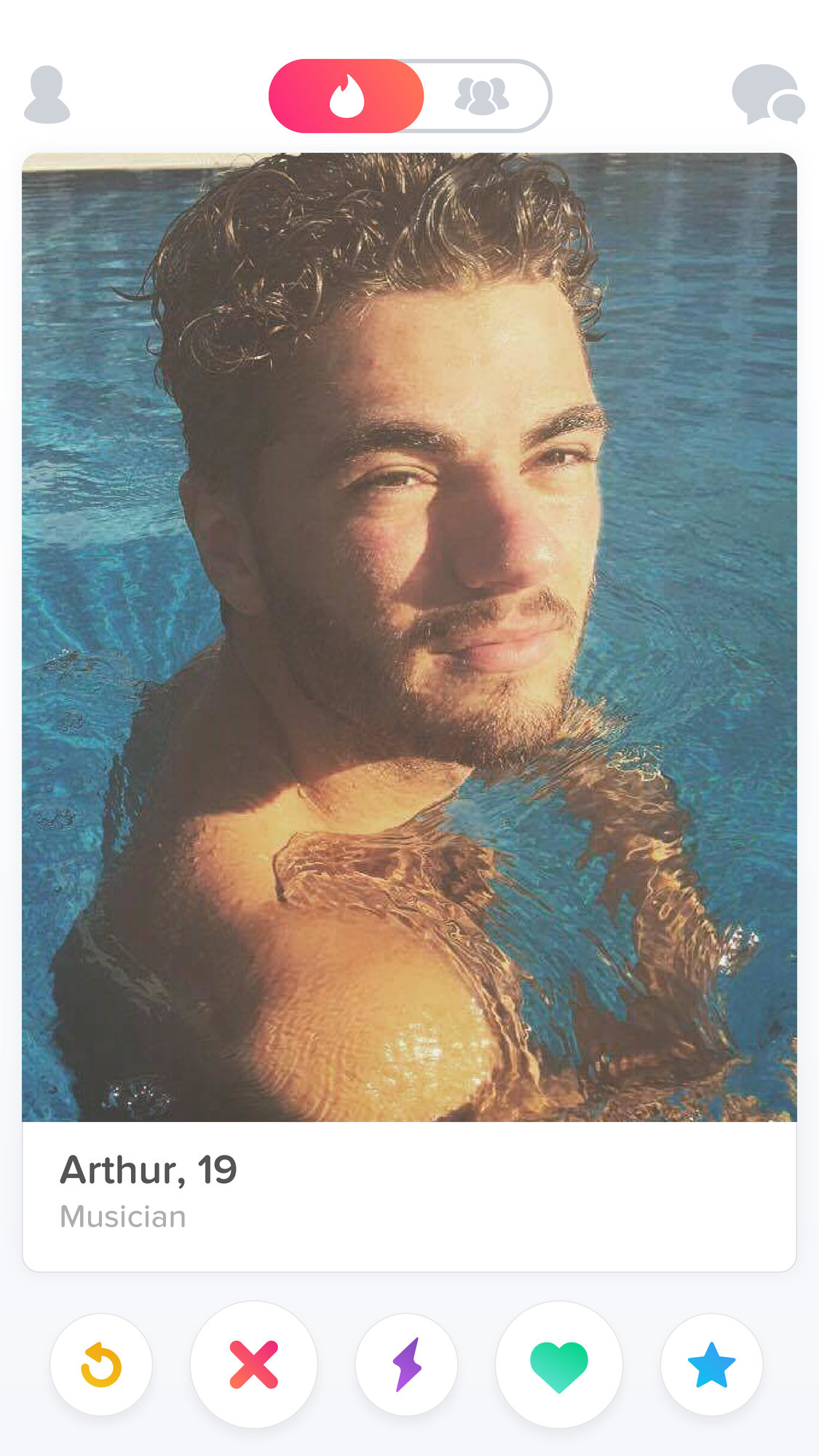 Plus, he’s a musician, which probably explains why he says he once swiped left on a girl because her headphones were tangled in her photo. 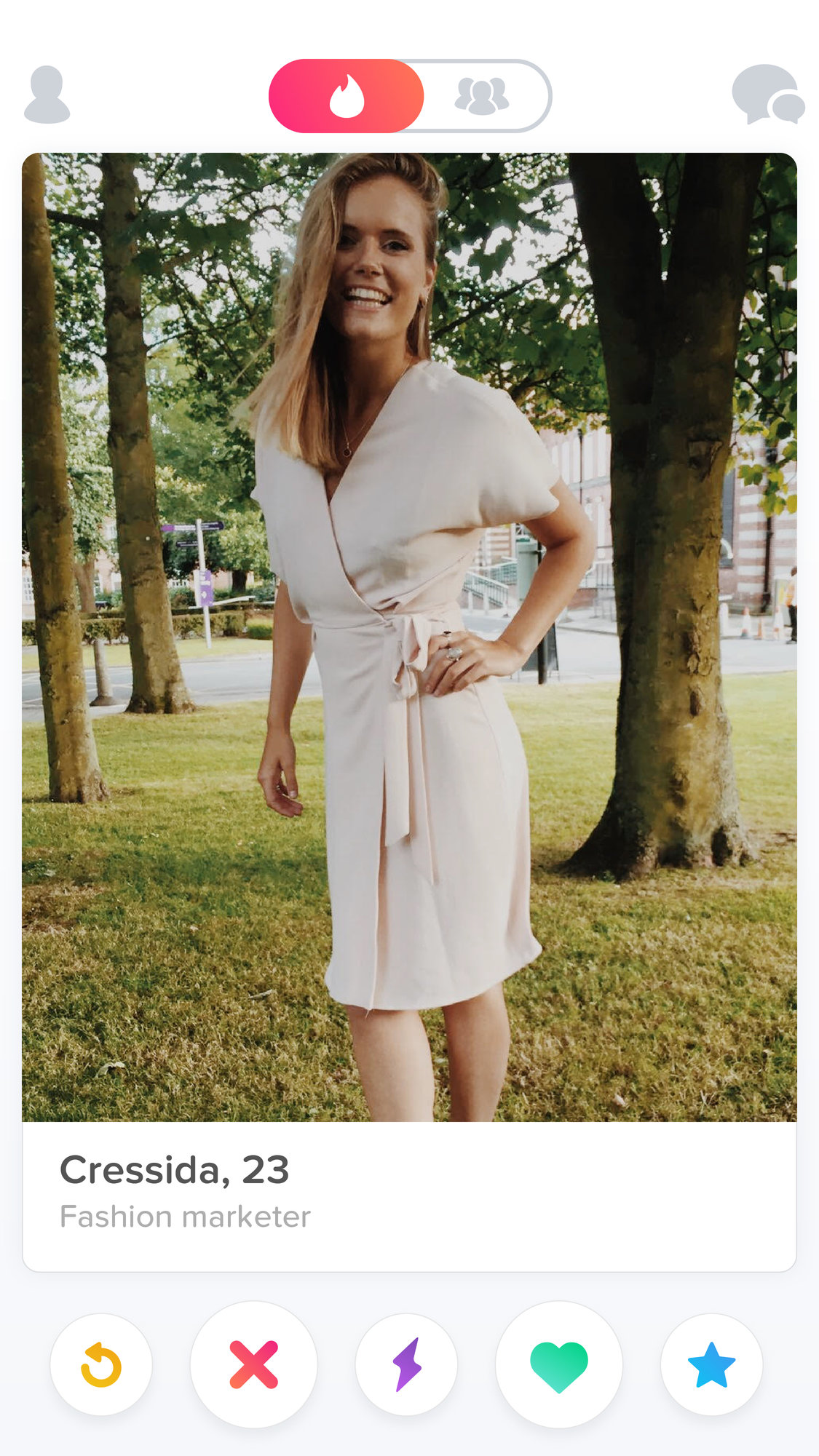 This is completely unstaged natural laughter

Posh girl (we’re assuming) Cressida has much more to offer than just her lovely teeth, and as a result she receives an estimated six matches every single day.

She claims she was once wooed by a party purely by him giving her “sheep facts,” which tbf is just how we thought flirting was done. 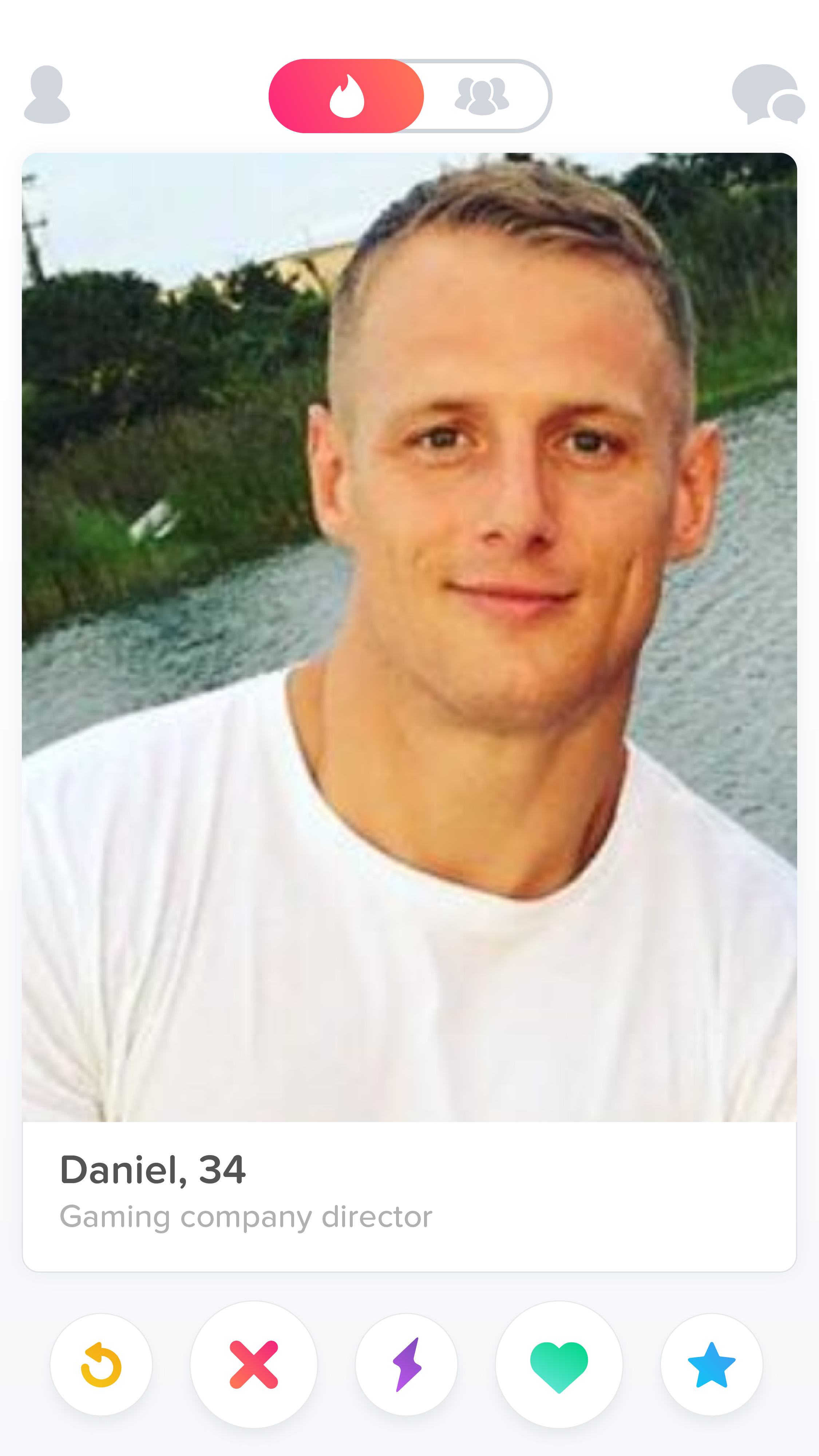 Was this photo taken in a capsizing boat?

6ft 4in Daniel doesn’t like girls who request a guy’s height in their bios, but that doesn’t stop 6ft 4in Daniel including his own because he’s built like a fucking redwood. 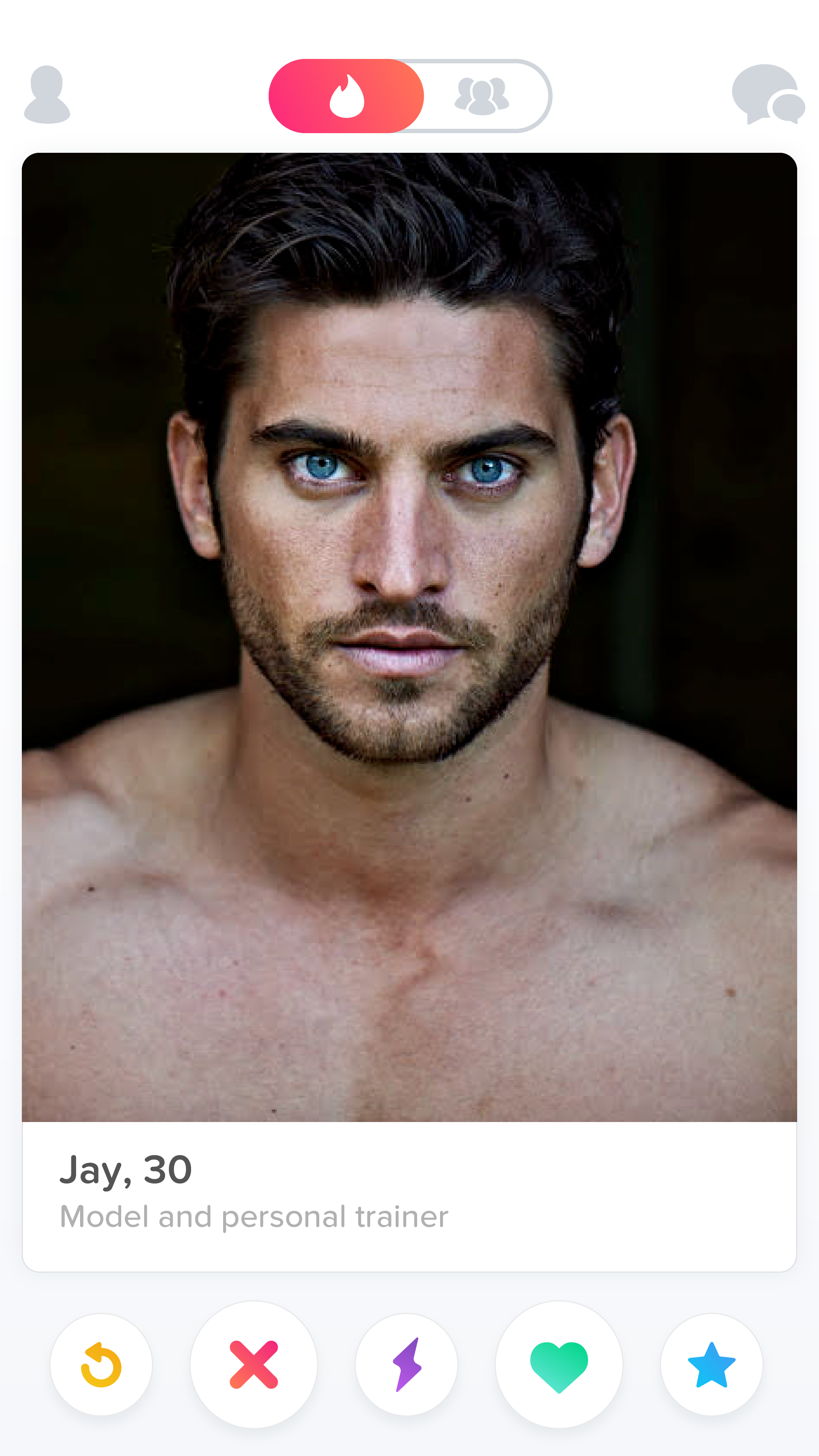 He would ruin you tho wouldn’t he

Despite having azure eyes you could just about drown in, Jay admits that he was once stood up for a date at Winter Wonderland.

He waited for two hours before riding the ferris wheel alone. 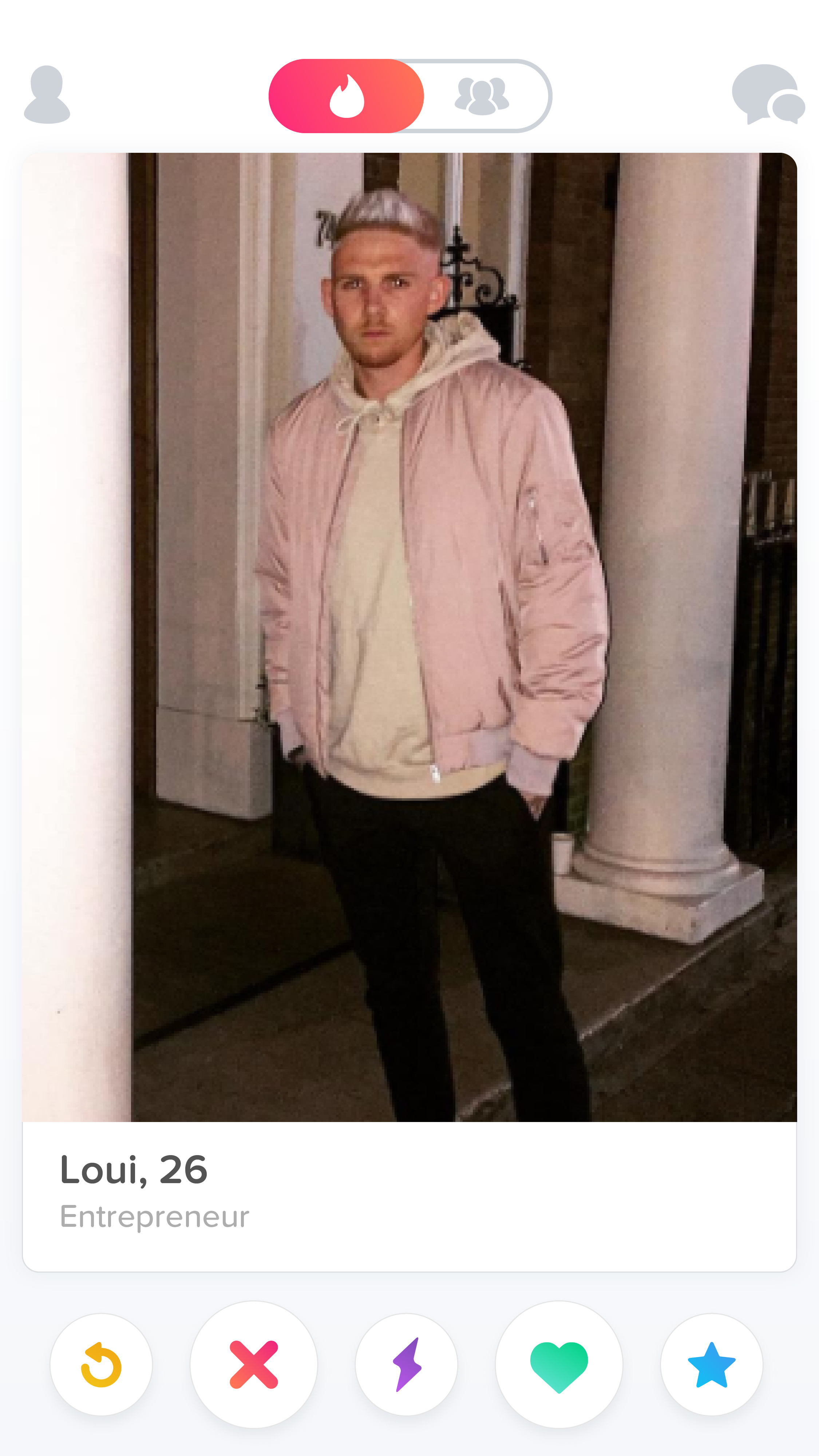 Loui reckons it’s “not posing in pictures” which gets him matches.

He says: “I recently put that I’m vegan in my profile and thought it would put people off but it didn’t. I’ve also got the word ‘wizard’ in there – I’m not sure why.” 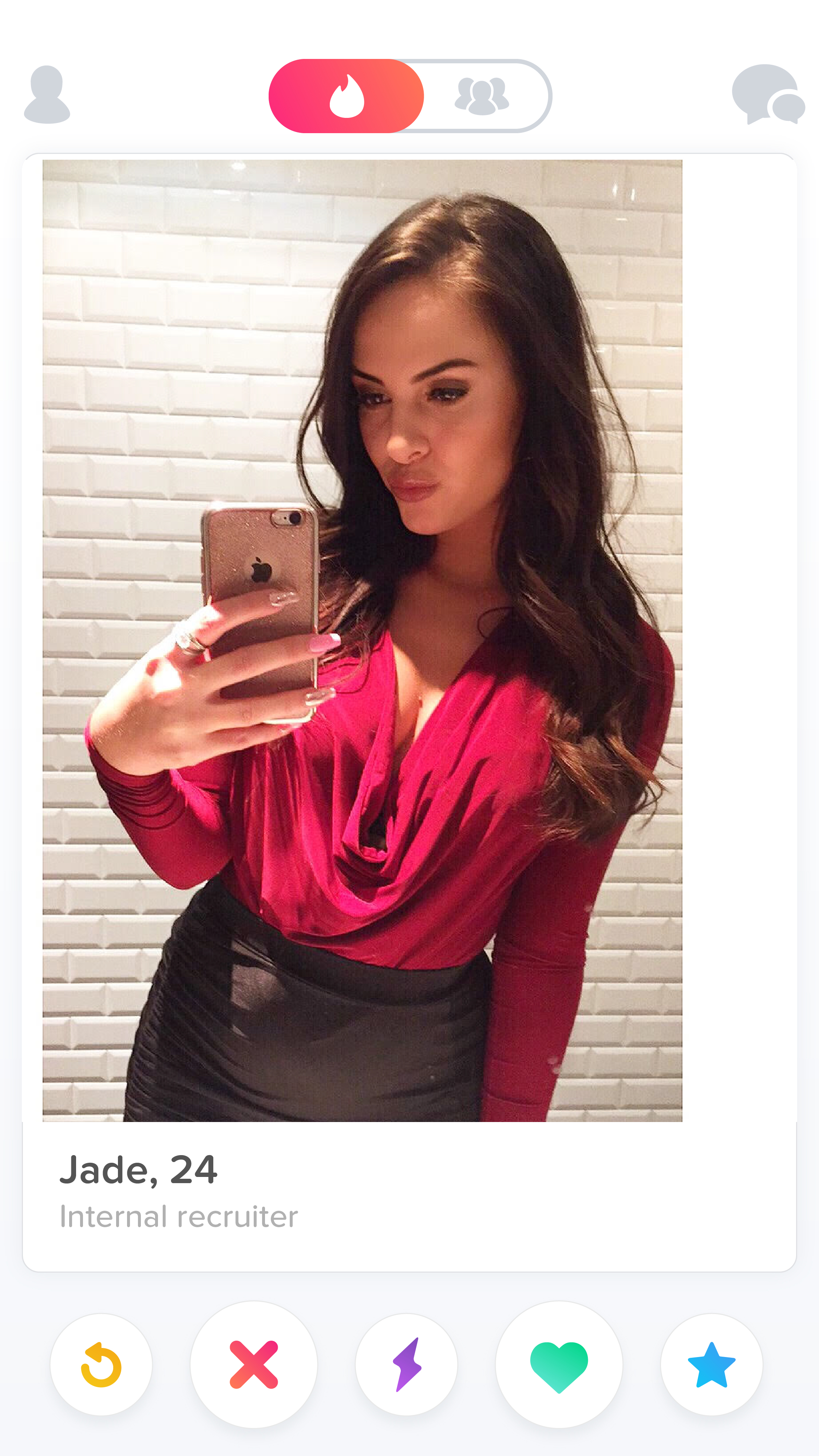 It’s the phone cover that gets the matches

Jade has been on 13 first dates through Tinder, and says she swipes about “one in 10” men while she watches TV after work. Her bio is a motivational quote from her favourite book, The Secret.

She says the best opening line she’s ever heard is “Do you like dragons?”, which also suggests she hasn’t heard many good opening lines. 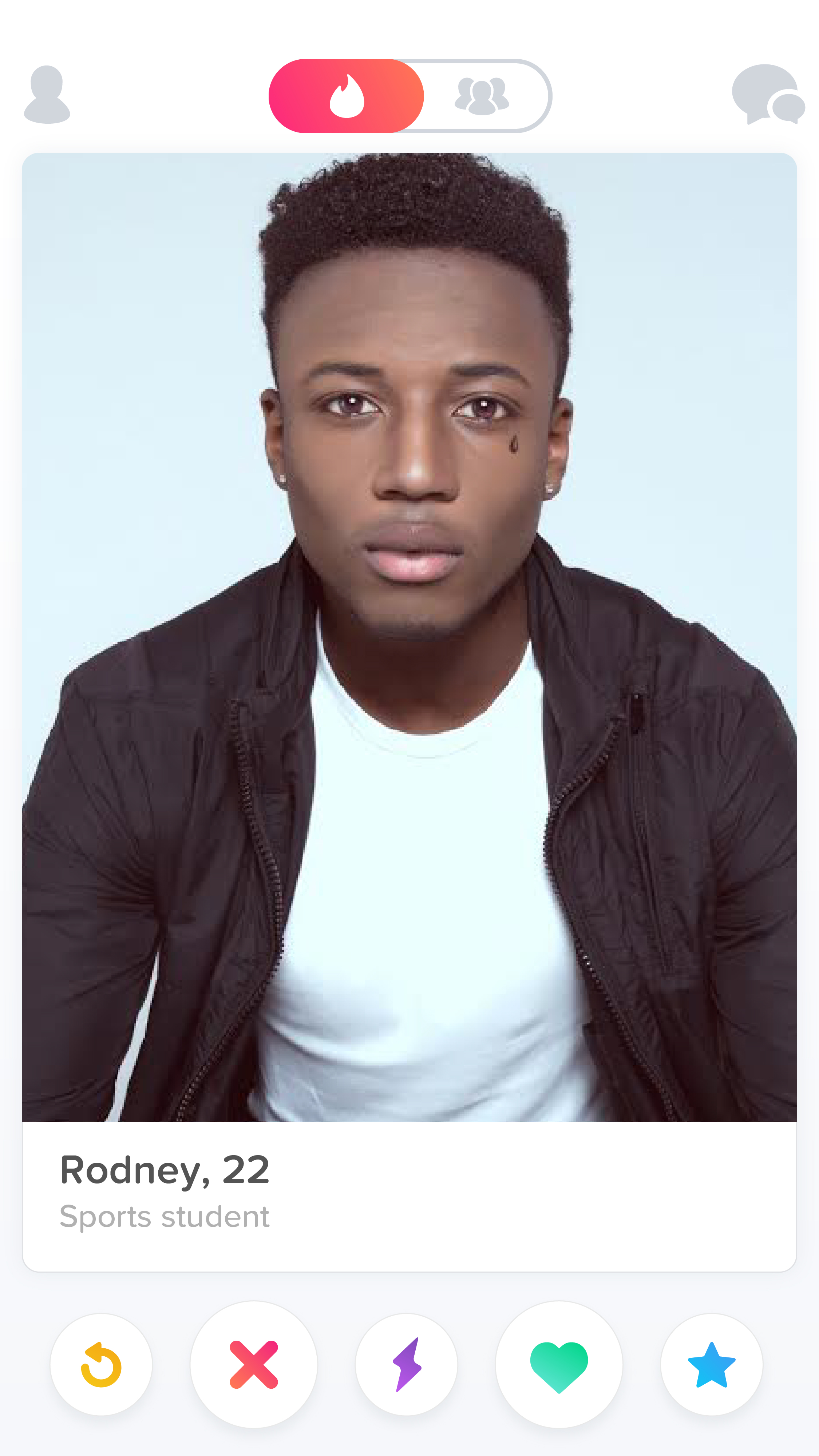 Rodney says he always starts a conversation by sending a gif of a guy sweating to insinuate the girl’s hot, and he… wait, he does what? 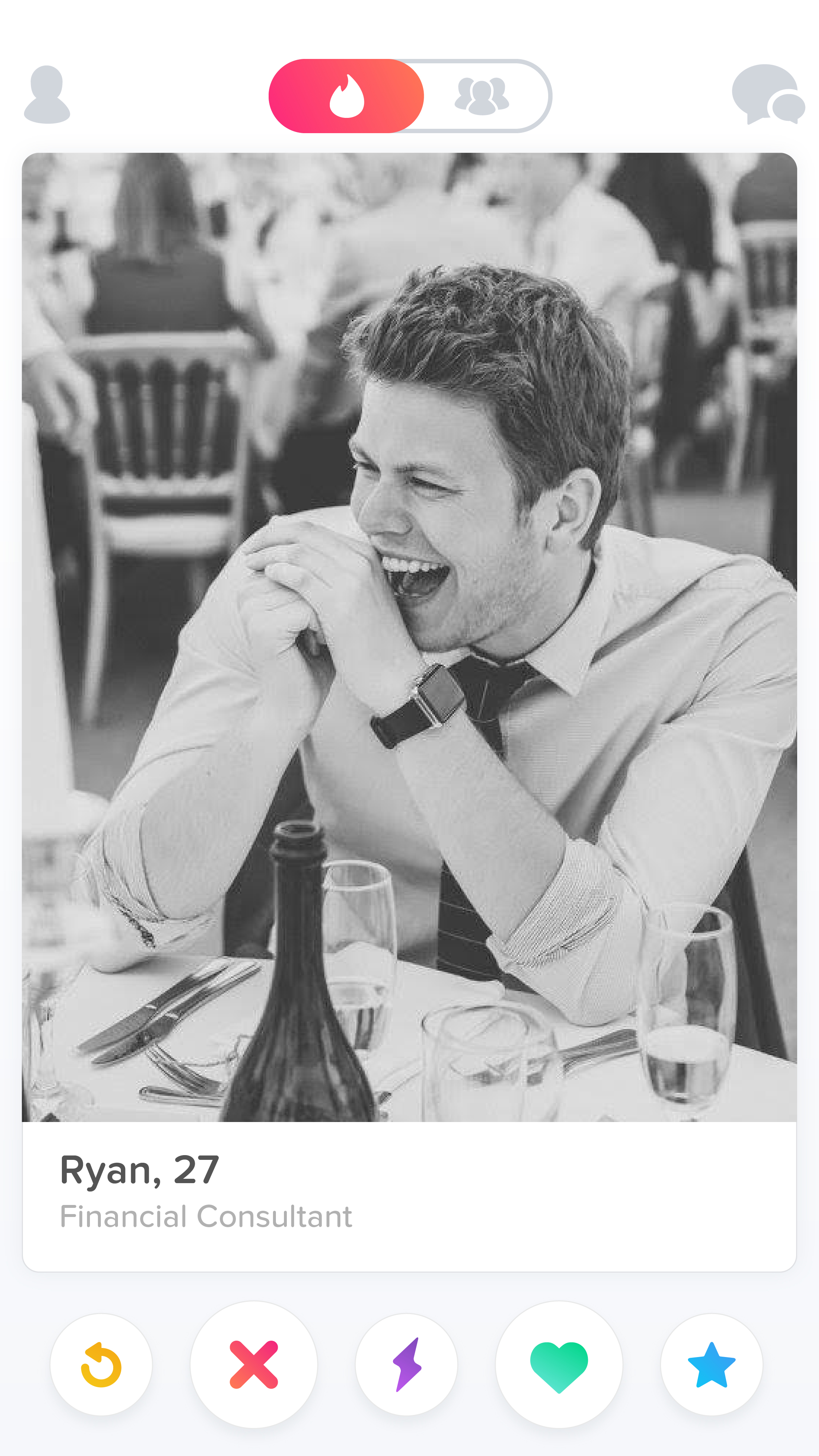 Ryan has been on Tinder for almost four years, in which time he’s been on 18 first dates. You have to admire his perseverance. 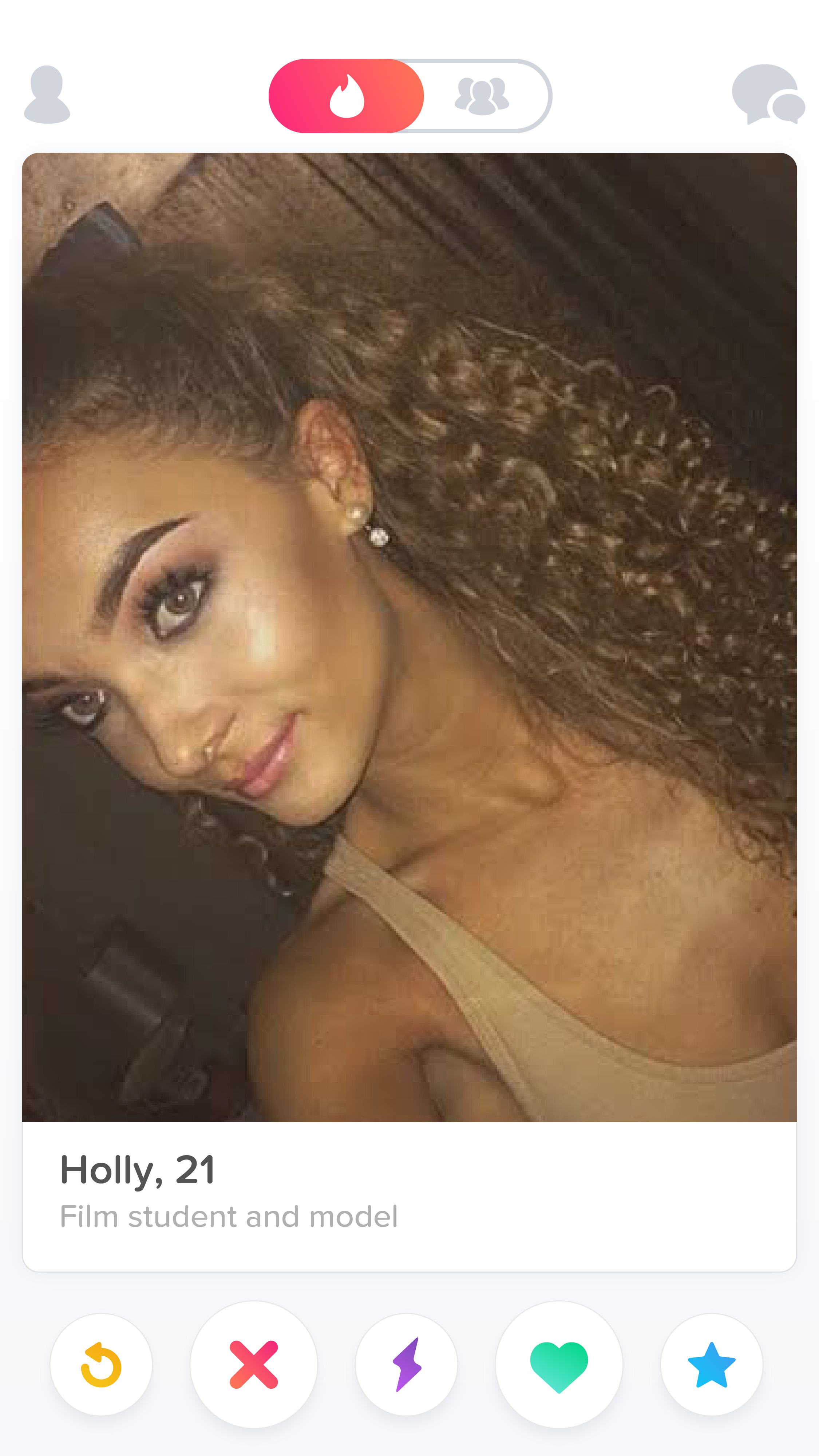 She wouldn’t give you the time of day

Holly’s bio is her Instagram name and a dolphin emoji. “I think it’s my hair that makes me stand out,” she says. 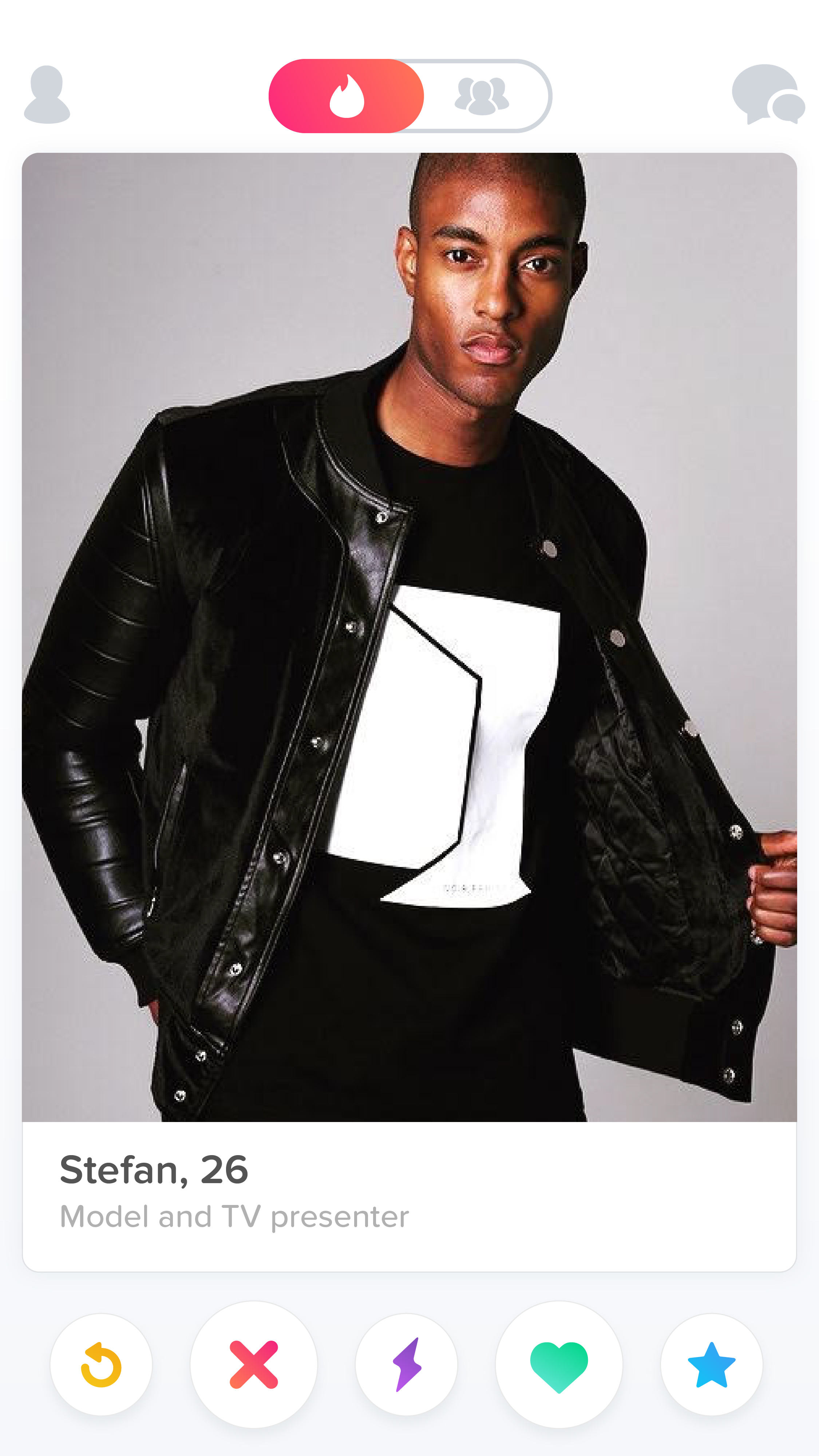 Just a natural photo of Stefan out on the town

Stefan gets 20 matches a day, and once took a Tinder date out while on a lads’ holiday in Marbella. Form an orderly queue, ladies. 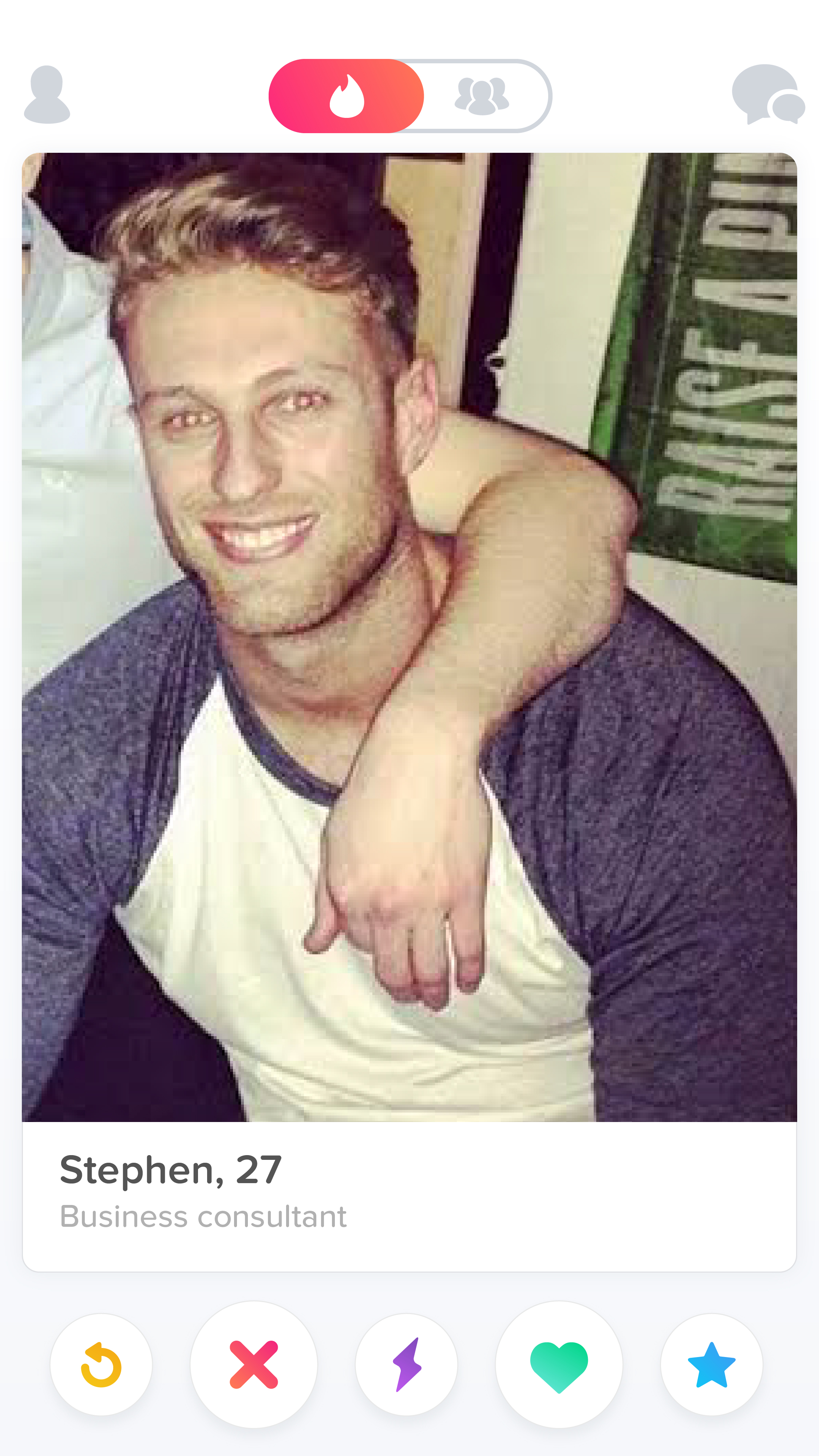 Stephen says: “I had no idea how my profile compared to other guys until I was with a couple of female friends looking at their Tinder accounts.

“I was intrigued to see what guys were putting on there and I was pretty shocked. Topless photos, pictures of animals… it made me think maybe I’m just a bit more genuine.” 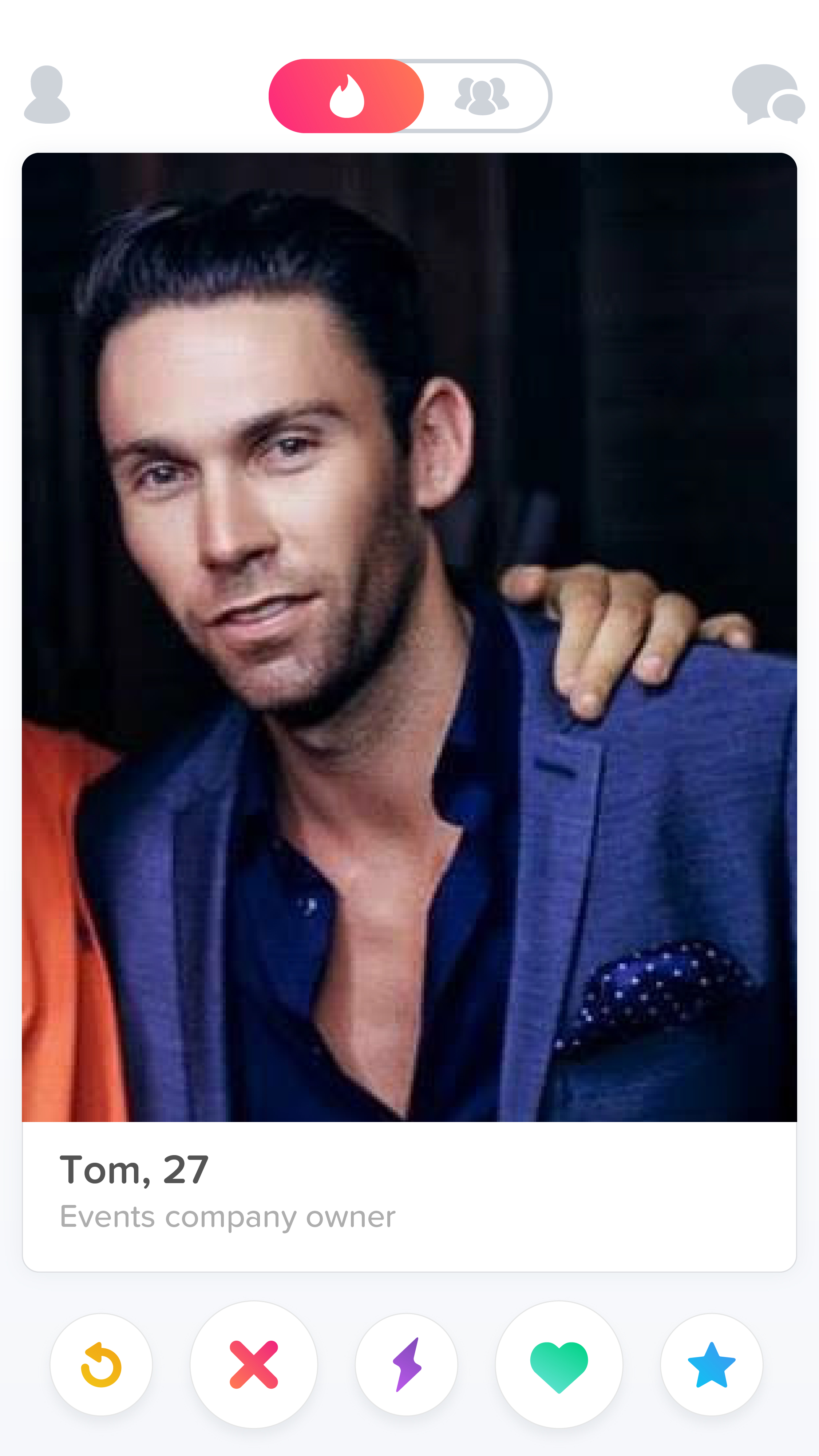 Could probably undo another button tbh

One of Tom’s dates once slapped him because he said he had her “all figured out.” They dated for a few months afterwards. 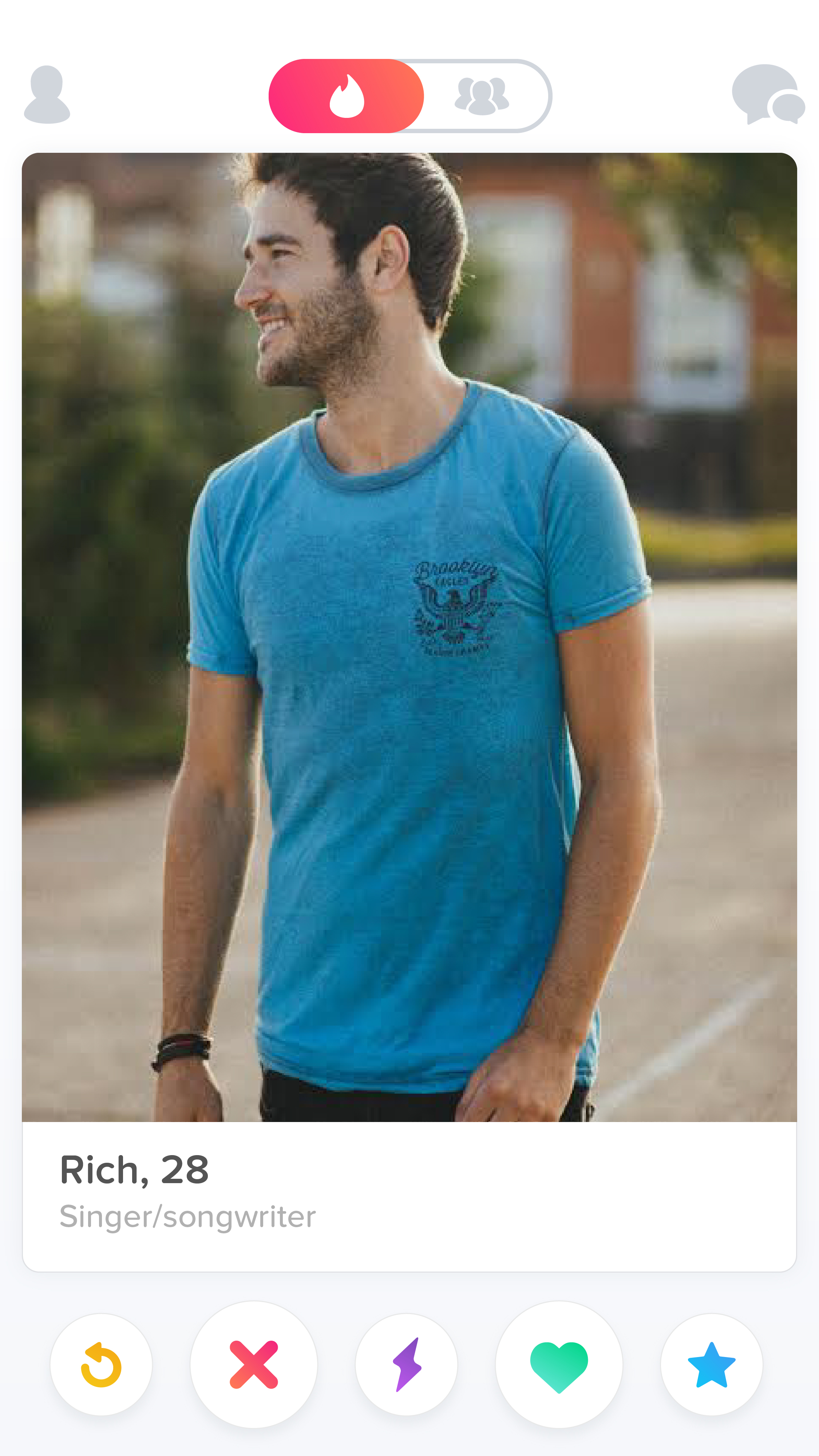 The full feature appears in the February 2017 issue of Cosmopolitan, on sale today.