No, Oxford University isn’t ‘banning’ the use of Mr and Mrs prefixes

‘The information published is incorrect’

“BANNED”, cried the Daily Mail yesterday, as they reported that Oxford University “told” colleges and lecturers to remove the gender-specific titles, Mr and Mrs from websites and leaflets.

There’s only one problem with this “EXCLUSIVE” information: that it came from a Transgender Guidance report, published in 2013, which simply suggests that these prefixes should not be enforced. They are not “banning” anything.

Last week, there was outcry over the suggestion that transgender staff and students could be referred to as “ze”. Ultimately, the DM has repackaged a (three year old) guideline, about how to address people, as news in the wake of this story. 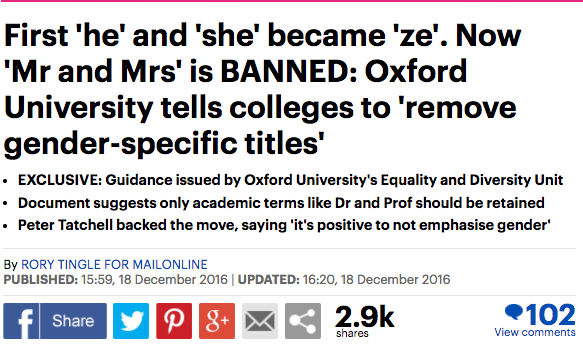 The headline opens with “First ‘he’ and ‘she’ became ‘ze’.” Except it didn’t. The leaflets reported to enforce amended pronouns were not distributed by the University.

In a statement on OUSU’s website, Jo Gregory-Brough said: “As far as we’re aware, the information which has been published is incorrect. We have not produced a leaflet implying that all students must use ‘ze’ pronouns to refer to others, or indeed to themselves.”

She went on to reference the Equality and Diversity Unit’s simple suggestion that gender-specific prefixes not be used: “There is also a further possibility that our work and remit has been confused with the work of the wider University, whose Trans Policy and guidance does include a mention of neopronouns (pronoun sets like ‘ze/hir’, ‘ey/em/eirs’).” 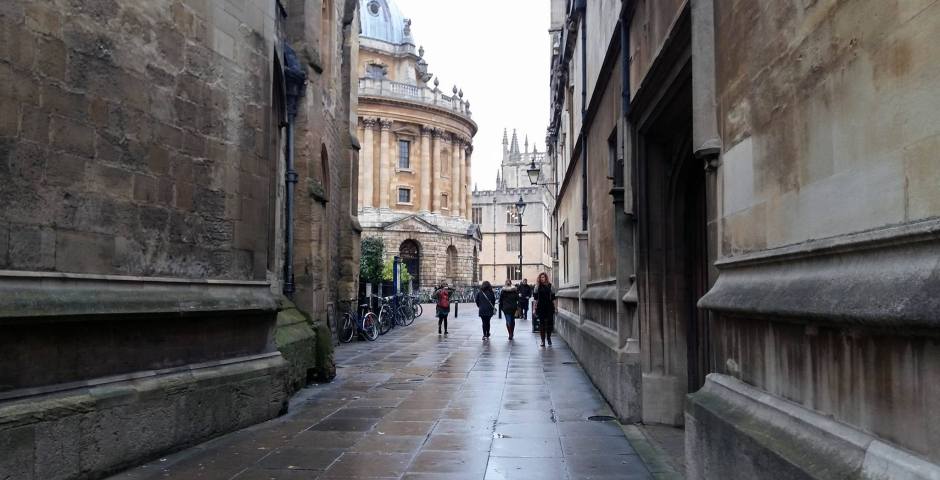 The notion that the university has “BANNED” traditional pronouns has been dismissed. “We would also like to clearly state that we would never tell anyone to use ‘ze’ pronouns instead of ‘he’ or ‘she’ if ‘he’ or ‘she’ is the pronoun someone wishes to use. That would be misgendering and would likely have the biggest impact on individuals (ie, some trans students) who may already be struggling to get people to use ‘he’ or ‘she’ for them. It would be totally counterproductive.”

@DavidJo52951945 And so we can look forward to the next generation of Oxford PC dickheads.

The term.Mr & Mrs is to be banned by leftist capital Oxford as it not inclusive of transgender people. Kin hell.

The Daily Mail clearly stated: “Oxford University has told colleges and academic departments to remove gender-specific titles such as Mr and Mrs from their websites and leaflets.”

In contrast, Oxford University told The Tab the three year old paper “is guidance and doesn’t ban other types of usage.

“Guidance on the use of non-gendered titles has been on the website of the University’s Equality and Diversity Unit since 2013.

“Their suggestions arose out of discussions about what was supportive for transgender staff and students,  but also from a wider question about whether gendered titles such as Mr and Mrs were outdated as in the academic, collaborative working environment, first names are generally used and marital status is usually irrelevant.”