The gender pay gap will one day disappear. That is, it’ll finally even out and become of the thing of the past in 2152. Yeah I know, buzzing.

Figures released by Glassdoor earlier this year showed that women in the UK still earn on average 5.5 per cent less than men, but in some industries the disparity is far more shocking. And in grad jobs, the picture is pretty bleak. Five years after graduating women learn one fifth less than men in the same career path.

Now a new calculator from the Office for National Statistics lets us calculate the exact rate of gender pay gap for different industries. It claims: “This interactive tool allows you to find out the gender pay gaps and average earnings in a wide range of jobs. It also shows how many women and men work in each role.

“At 18.1 per cent, the gap in average pay between men and women, for all employees, is the lowest since records began.” 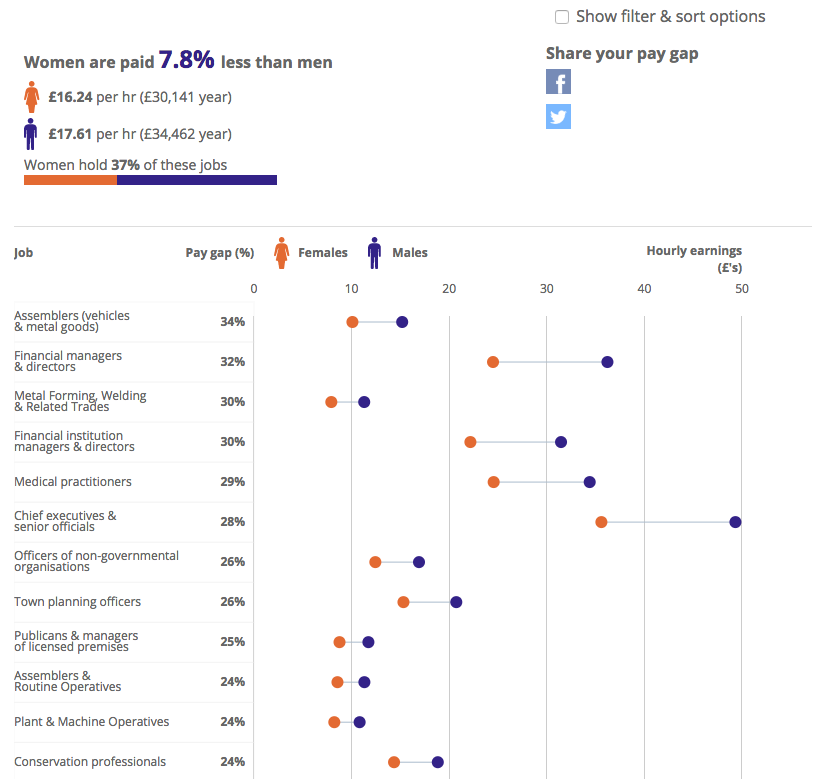 The rates vary widely by industry – in advertising and PR women are paid 1.7 per cent less than men, but in advertising accounts the stakes were much higher, and women earned a huge 13.9 per cent less. For architects the gap was 10 per cent, and in finance men were paid a massive 32.4 per cent more than women.

The calculator is a handy tool – and pretty shocking and depressing if you’re already set on a surprisingly unfair career path – but it begs the question that aside from raising awareness, what is it actually doing? Obviously awareness is an achievement in itself, but calling out the companies who perpetuate huge gender gaps in top industries would make for a much more transparent and helpful step forward.

You can try out the gender pay gap calculator here.