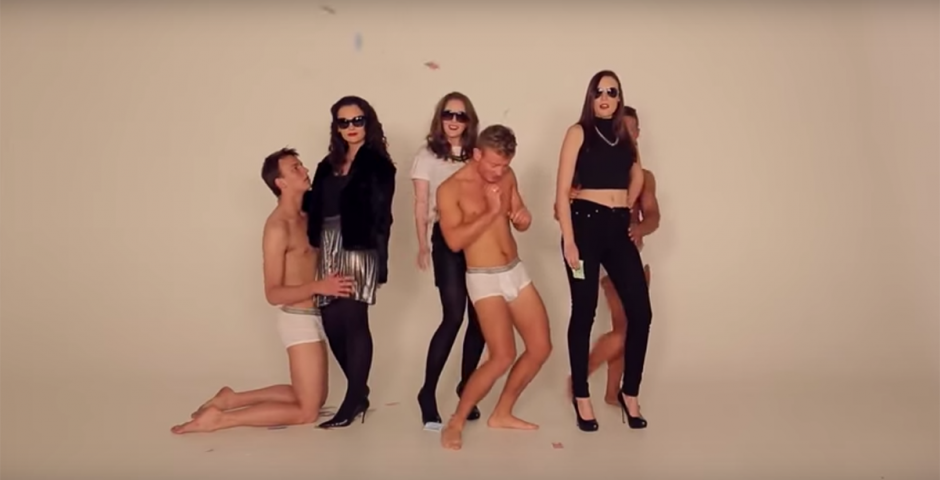 A roundup of the best feminist remakes of songs

‘Every bigot shut up’

Are you sick of songs advocating rape culture and gender stereotypes? The portrayal of women in music is not always particularly feminist. If songs like ‘Blurred Lines’ make you feel very angry, then you’ll be pleased to know that there are a number of cool people on the internet calling out sexist lyrics by putting a feminist spin on catchy pop songs.

‘Baby it’s Cold Outside’ is a Christmas classic. As much as we would love to love its quaint, festive vibes, the rapey overtones in this song are hard to ignore. It was written in the 1940s when, sadly, rape culture was still the norm. The original features lyrics such as, “say, what’s in this drink?” and, “what’s the sense in hurting my pride?” When listening to it from a modern perspective the song comes dangerously close to being a description of date rape. That’s enough to put you off your Christmas dinner.

This is why the feminist rewrite is so brilliant. Lydia Liza and Josiah Lemanski from Michigan have changed the lyrics to make it an ode to consent. When Lydia gets ready to leave, instead of begging her to stay, Josiah replies, “Baby I’m fine with that.” This remake shows that true romance is respecting each other’s boundaries.

‘Defined Lines’ is one of the most famous feminist remakes and probably the only good thing to come out of the dreadful original. As disheartening as it was for a song advocating rape culture to be the “song of the summer” in 2013, this remake proves that we will not just sit back and accept it anymore. Both the video and lyrics subvert the original. There are some absolute gems of lyrics that address everything from getting groped in clubs to the representation of women on TV.

What Makes You Beautiful

There are a number of things wrong with the One Direction banger, ‘What Makes You Beautiful.’ Firstly, it says that low self esteem is what makes you beautiful. Secondly, one of the original lyrics is, “Don’t need makeup to cover up.” The internet and, sometimes real life, has taught us that few men actually know what women look like without any makeup on. Amy Schumer’s remake shows the double standards that all women face. It laughs in the faces of men who say they prefer women to look “natural”, then ask us if we’re ill when we decide to go makeup free.

Cyndi Lauper parodies her original party tune, changing “have fun” to “equal funds” in this campaign for equal pay. James Corden also joins Lauper to tear down the idea that women only get angry because of periods when, in fact, anger is a normal response to gender inequality. The song also looks at the representation of women in films, “In every movie when things get real, a girl runs from danger still wearing high heels.”

You Belong with Me

Taylor Swift’s ‘Belong With Me’ is basically just her hating on another girl for being girly. Sure, it’s all driven by unrequited affection, but the lyrics are totally channelling her emotions in the wrong way. This remake points out these problems and ends with an empowering message that we all belong to ourselves, and seeking self-love is often more important than seeking love from someone else.

All About that Bass

This remake doesn’t address any of the body shaming issues in Meghan Trainor’s original, but it does explain how many women feel in the workplace. The song opens with the voices of various colleagues saying, “She’s really talented, but comes on strong and should be less abrasive. C’mon sweetheart, put a smile on that face. People find your tone a little off putting. You should try to be warmer and more nurturing. Man, the way she wouldn’t budge on that part of the contract. She was being a real bitch.”

From the same duo who did the “You Belong With Me” parody, comes this incredible tune that analyses the lyrics from ‘Dear Future Husband.’ Meghan Trainor’s original lists dated stereotypes more suited to a 1950s relationship than a 21st century one. Trainor repeats, “Treat me like a lady” over and over again in the original. This song’s response is, “Can somebody please tell me what that means? Is it different from being treated nicely and like a person?”

I Kissed a Girl

This song has some pretty weird lyrics, but it calls out Katy Perry’s original for trivialising kissing girls. Lines like “I’m curious for you” change to “I wanna take over your identity.” However, this remake is pretty much just a parody because it’s not the most feminist song on this list. Although it jokingly pushes things to the extreme, it does perpetuate ideas of women being uncontrollably jealous of each other.

Part of Your World

Disney princesses usually long for princes, but instead these princesses want equal pay. The original tune is sung by Ariel in ‘Little Mermaid’ before she literally gives up her voice for a man. Now instead of pining after a fuckboy, Ariel longs to be part of a world where she gets paid the same as her male colleagues. If you ignore the fact that the lyrics do not rhyme at all, it’s a Disney remake with an important message.

This song might be about female suffrage but it still features a number of important feminist ideas that are relevant today. “You know we don’t want to take freedoms from you” the women sing. It was relevant in the struggle for the vote and it still is now. Some men still can’t grasp the concept that rights for women doesn’t mean that their rights will be taken away.