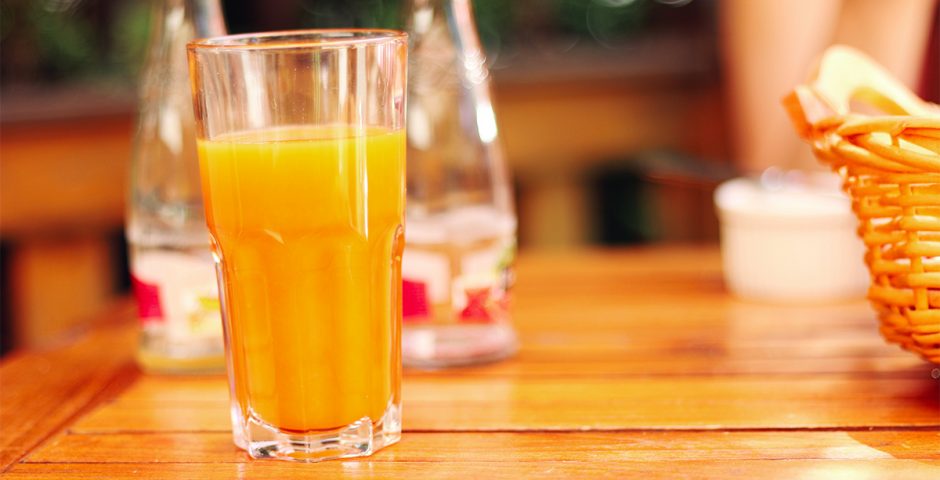 After the University of Plymouth made the decision to stop selling right-wing tabloid newspapers, the students of a rival university in Devon has banned orange juice with bits in it.

In a sarcastic post pointed at their rival Plymouth, the SU at the University of St Mark and St John said while they had discussed banning the papers two years ago, they decided it was up to students to “have the right to buy them and come to their own conclusions.”

“However, we will be banning the sale of orange juice with bits. Such is the hateful nature of bitty orange juice, we felt strongly that it should be removed from our campus to ensure our students weren’t brainwashed into having moronic taste buds.”

Plymouth University’s SU became the latest to ban the sale of The Sun and The Daily Mail in the last month, without holding a motion. Marjon SU did however. They said: “The poll presented us with the overwhelming voice of 33 students, who defied our predictions, with a majority of 55 per cent claiming it’s not that bad or in fact better with bits.”

Regardless of the vote, they say they’ve banned it anyway. 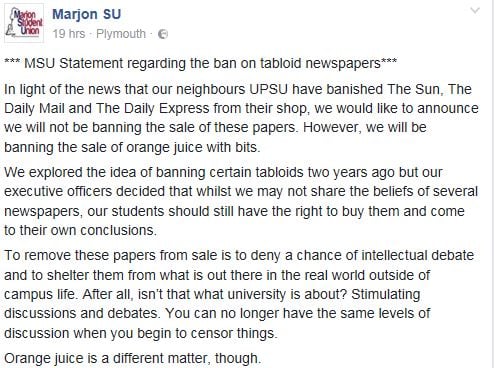 Marjon SU attacked their rival for denying their students from speaking about the issues with the newspapers and instead going for the easier route and sheltering them. “To remove these papers from sale is to deny a chance of intellectual debate and to shelter them from what is out there in the real world outside of campus life. After all, isn’t that what university is about?”

Plymouth University Students’ Union said they banned the papers from the campus shop, due to the fact they were “hateful, non factual and anti-scientific.” 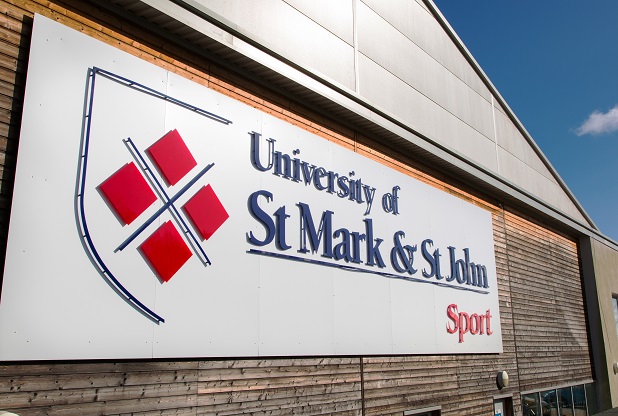 Marjon Students’ Union tease at the fact they thought of banning certain tabloids two years ago but their “executive officers decided that whilst we may not share the beliefs of several newspapers, our students should still have the right to buy them and come to their own conclusions.”

On banning the newspapers, in its own statement the Plymouth SU executive committee said: “While we believe that freedom of expression and speech are inalienable human rights…a number of British tabloids are known to express hateful views.”