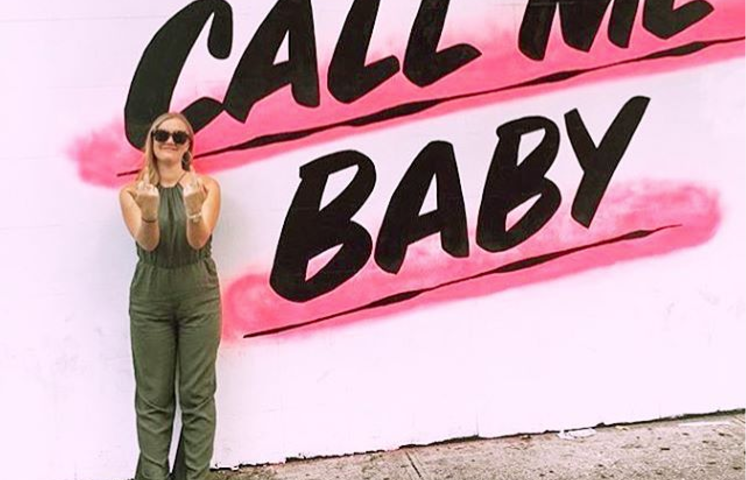 Apparently, swearing is unprofessional and unladylike

Women shouldn’t swear. It’s unladylike, unoriginal and demeans them to the level of louts and degenerates. Moreover it is setting the women’s liberation movement back and is impinging upon equality. That is in essence what one woman said in an article written for the Daily Mail this morning.

She cited a study from Lancaster University which found that the female use of the f-word has increased by 500 per cent since the 1990s. Yet she expressed her sadness at this exponential increase, which seems misplaced when it does not seem obvious why that is a problem without taking a judgemental and moralistic stance.

Like this woman I was also raised in a religious household, which she referenced as one of the reasons for her dislike of profane language. Any expression of a word deemed inappropriate, profane or blasphemous would get you in deep shit. However unlike her I do not see my upbringing as a justification for censoring my language or stifling my voice in the name of propriety or some misplaced idea of composure or dignity. The idea that swearing is a typically male pursuit that diminishes intellectual output and indicates “a demise in manners and courtesy” is ridiculous and quite frankly pretty thick. Taking a moralistic stance when it comes to profanities will not ingratiate you towards any woman who swears, we really do not give a fuck. Why should we be censored and told that our words are unprofessional and unladylike?

The fact of the matter is that a huge amount of the words in the English language that are deemed profane or explicit are gendered towards women and act to silence us and censor our bodies. It is no coincidence that there are multiple swear words that all mean vagina, the rudest of which- cunt- is considered the most taboo and outrageous term in the English language. Seriously? It just means vagina, you know that thing that 50% of the population have and babies come out of. This word is also really really old, some academics think it dates back to the Bronze Age. More to the point, it was not always rude…originally used as a term for anatomy. The fact that this word in particular has become so loaded and powerful is interesting in itself, but that doesn’t mean that it shouldn’t be used. Personally I would rather call my vagina a cunt than a pussy. Call it what it is, euphemistic and metaphorical terms are just perpetuating stigma and shame.

Reclaiming slurs that have been widely used to demean and discriminate against marginalised groups may seem a little counterintuitive. However if that group is using the term or terms that have been used to silence them to amplify their voice them it is a good thing.

I would say the most prominent example of this happening is with the LGBT community and the term queer. Growing up I always knew it as a derogatory term used to describe people who were considered defective due to their unwillingness to conform to a heteronormative standard (evangelical Christians are not always the most tolerant in this area). Yet the group that use queer now are predominantly the LGBT+ community. It’s not about being lewd or controversial, it is about taking the power in these words and reclaiming it for those who it was used to cut down.

@annamckenney being a babe who dgaf

The author of this article appears to be looking back at the past through rose tinted spectacles when she says “when I was growing up, the only sort of people you associated with swearing were men in the Navy, crooks and lowlife. Women never swore.” So what? I for one do not want to be sent back to the 1970s. Whether she likes it or not, the world is constantly changing and not always in the way we want it to. For Jeannette Kupfermann, the horrifying and scandalous scourge of ladettes and “potty mouthed” women, for myself and many other women it is the fact that a toupee wearing tangerine was just elected President of the US. I may not like this, but we have to accept it because that is the way that the world works unfortunately. However I reserve and fiercely defend my right to fucking shout about it and fight for not only my rights but those of every other marginalised person out there. I want all the women and girls in my life to be able to do whatever the fuck they want, and that includes dropping the odd f-bomb. My sisters, niece and cousins should know that they can do whatever the hell they want, being a woman does not mean you can’t scream, shout or swear. Anyone who tells you otherwise is a prick, and you should tell them so.

We are tired of being expected to be ladylike and pure and perfect. Because we are not, we are complex, contradictory and like everyone else, flawed. And you know what, that’s ok. No one should aspire to be perfect, they should aspire to be happy and if I am totally honest swearing is one of those little joys in life that I will continue to allow myself.