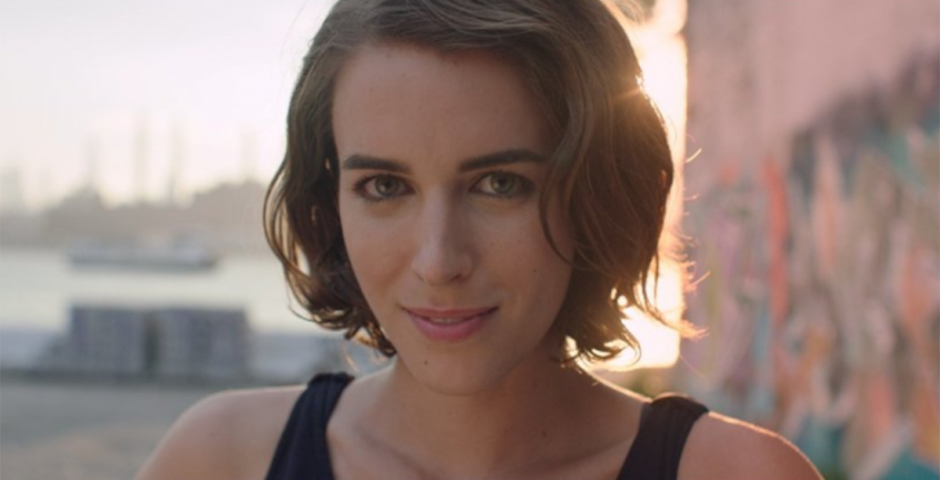 The next time a man on the street asks you to smile, plot your revenge

Ginny Leise (best known for the series Urban Teach Now and her Drive-By Street Harassment video) has shot a short feminist revenge horror film that will definitely speak to every woman who has been told to smile by a complete stranger.

In this new video starring Ginny Leise and Jeff Solomon, a guy tells a random woman to smile and in the scenes following, regrets his decision. A lot.

Talking about her inspiration for the video, Ginny said: “I’ve been fascinated by the specific type of street harassment where men whisper in women’s ears as they pass by. It’s an insidious, almost invisible form of the standard hollering-after-you cat calling.

“In 2015, my comedy partner and I made a video – Drive By Street Harassment – about flipping the script and street harassing men. It was miserable failure in that men LOVED getting harassed and a smashing success in that the video went super viral with over 2 million views.

“That experience made it clear to me that women are very familiar with this form of street harassment while men are utterly unaware of it. The underlying themes, Halloween and the election, informed how we wrote and shot the film.

“Street harassment isn’t just a nuisance – it’s scary – so we used classic horror film tropes to a create a sense of uneasiness and suspense. Secondly, sexism and sexual assault have emerged as two of the most hot button issues in this presidential election so flipping the power dynamic in gendered violence felt especially poignant and powerful.”