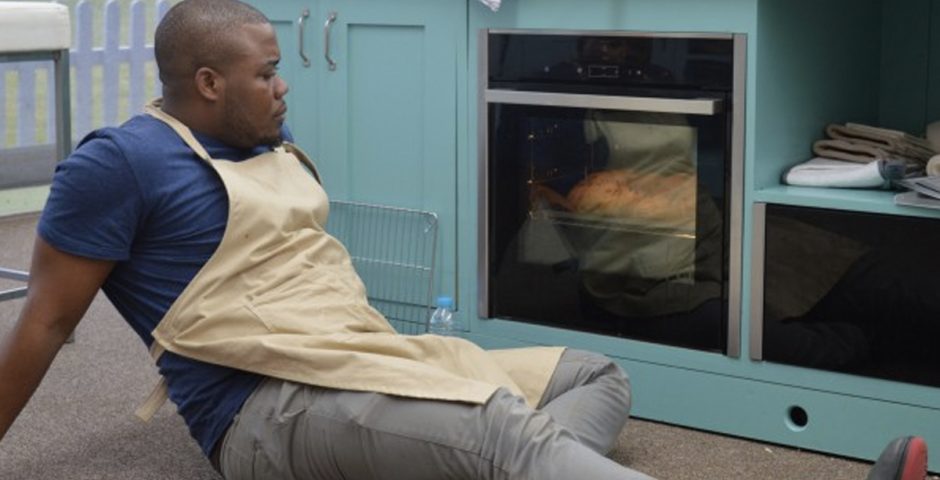 We asked Selasi from Bake Off how he stays so chill

Selasi Gbormittah is a busy man.

After being catapulted to fame on the latest season of The Great British Bake Off, the softly-spoken semi-finalist has announced plans to open a West London bakery – just after his baking/biking tour of Europe is out the way.

Amid swarms of interview requests and fan proposals and (we assume) modelling contract offers, we pinned Selasi down before last night’s GBBO final for a quick chat about what he’s been up to.

Hi Selasi. How have you been since leaving Bake Off?

Phew, my brain is running at 100mph per hour at the moment! But I’m looking forward to continuing the baking journey, so watch this space.

What was your favourite moment?

Quite a few, so it’s impossible to pick one – from churros to my dodgy bread story.

Are you still in contact with everyone else from the show?

Indeed I am! We’re friends for life. We talk everyday on our secret WhatsApp group. I can’t get rid of them – haha, just kidding. They’re great guys.

We saw that you met up with Val in Somerset the other day. What did you get up to?

We went for lunch and did a little walking around. She’s the best. I almost gave her a lift on my bike but she wasn’t in the right gear!

From London to Somerset! Did someone say ROAD TRIP? Seeing my favourite pensioner in Wells. Definitely worth the ride @valcake.walks ? ? perfect excuse and weather to get on motorbike

You’re known for staying chill under pressure. How do you do it?

Staying positive all the time, I think – it helps reduce panic.

What’s your favourite thing to do to chill out?

Were you surprised by people’s reaction to you? As in, did you expect to become a sex symbol?

Hahaha. Was I surprised? I think everyone I know was surprised – even my mum and my girlfriend! Hahaha.

What’s the weirdest thing you’ve been sent by a fan?

Haha – way too naughty to say.  But a funny one was when I was asked to show ID by a fan who spotted me but wasn’t sure it was me.

My colleague reckons she can get pregnant watching you bake – is that true?

Well, are they pregnant? I’m not sure I have that capability, to be honest.

What’s next for you?

That’s a tough one. I have a few things in the pipeline, so you’ll have to wait and see!