‘He looked me straight in the eye’: When a man jumped in front of the Tube I was driving

Andrew, a Tube driver for 13 years, experienced a suicide on the London Underground in 2010. He lives in constant fear it will happen again

On 13th May 2010, Andrew was finishing his shift when a man ran and fatally jumped in front of the Central line train he was driving. At the time he was 36 years old and had been operating trains on the London Underground for seven years. When there is a delay to Tube services, people rarely think of the impact on the driver, the passengers or the victim themselves. Here is Andrew’s account of what it’s like to be driving a train when someone jumps onto the tracks.

My friend was off with a cold, so there was an uncovered duty that was earlier than my original shift. It was my birthday and I was going out for dinner with friends later, so I asked if there was any way of swapping duties meaning I could finish earlier. Because it was my birthday they said “yeah, sure no problem”, they’d done me a favour. To be honest they don’t usually do that, that was one of the freaky things. It was sort of like my destiny was sealed.

Work-wise it was a normal day, I’d near enough completed my shift and was on my way back to White City, coming westbound from Epping.

As I approached Bethnal Green station I saw a guy running on my monitor. 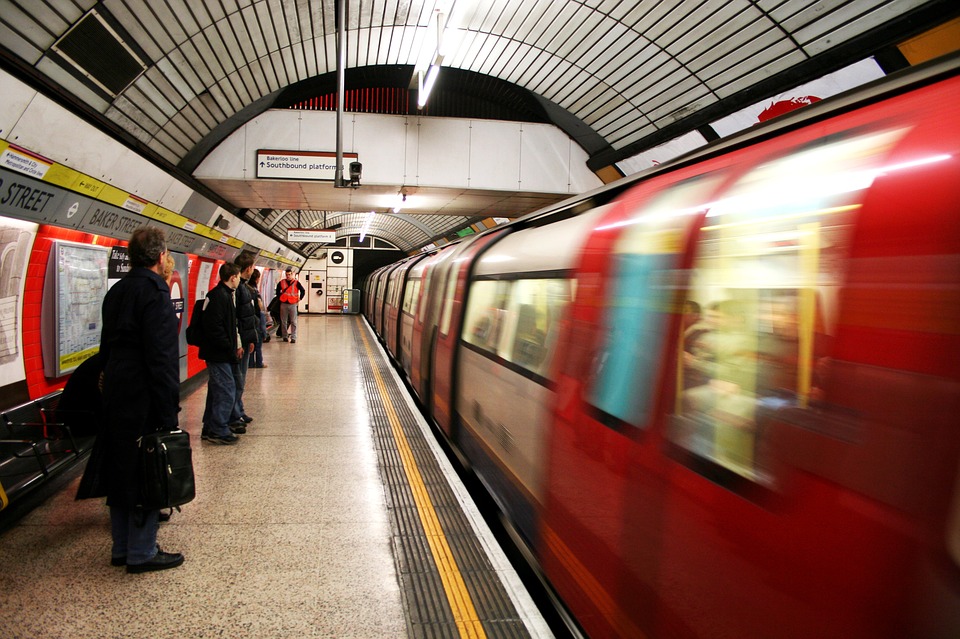 People do weird things on their commute. They like to get on at certain carriages or enter into certain doors, so they’ll rush – run, even, for their preferred part of the train. I can’t say it was out of the ordinary because it happens.

‘Ladies and gentlemen, we’ve had an incident’

I thought he was coming through the screen. It’s embarrassing but I screamed. I screamed and curled into a ball, sort of to protect myself I guess. He then went down onto the tracks.

Immediately I put the emergency brakes on, and I pressed the Mayday call on the radio. Something kicks in and you go into autopilot.

It’s like when you put in your PIN number in the cash machine, you don’t even think about the numbers you put in. It’s just second nature. This button, then the next, then the next.

There was a big thud and I heard him go under. The train is so heavy, it’s not like you’re going to feel a bump.

I remember that within a few seconds, I picked up the PA and said: “Ladies and gents, you’re going to have to bear with us, we’ve had an incident”. We’re not supposed to say what’s happened, you don’t really want to explain that someone’s thrown themselves under the train.

The control room called me back. It wasn’t until I started talking to someone that it started to sink in and I realised what had happened.

It was six years ago now but I can remember exactly what he looked like. He was wearing a grey suit and a red tie.

Everything was a blur

I told the control room it was eastbound, when it was actually westbound. I remember that because I’d technically sent them to the wrong platform. I said: “Can you get some staff down to help me?”.

Luckily there was an off-duty driver on my train, and obviously he must have heard my screams from the carriage. It’s one of the good things about the Underground, there’s always someone about. He came and knocked on the door and I recognised him straight away.

The first thing I said to him was: “It’s my birthday”.

The station staff helped empty the platform. We waited for confirmation and laid the Short-Circuiting Devices (that remove the electric current) down on the track. I didn’t really want to see what had happened.

The paramedics came to see me and I was green, apparently. It feels like someone has slapped you. You’re dizzy. You know what’s going on but everything’s a blur. 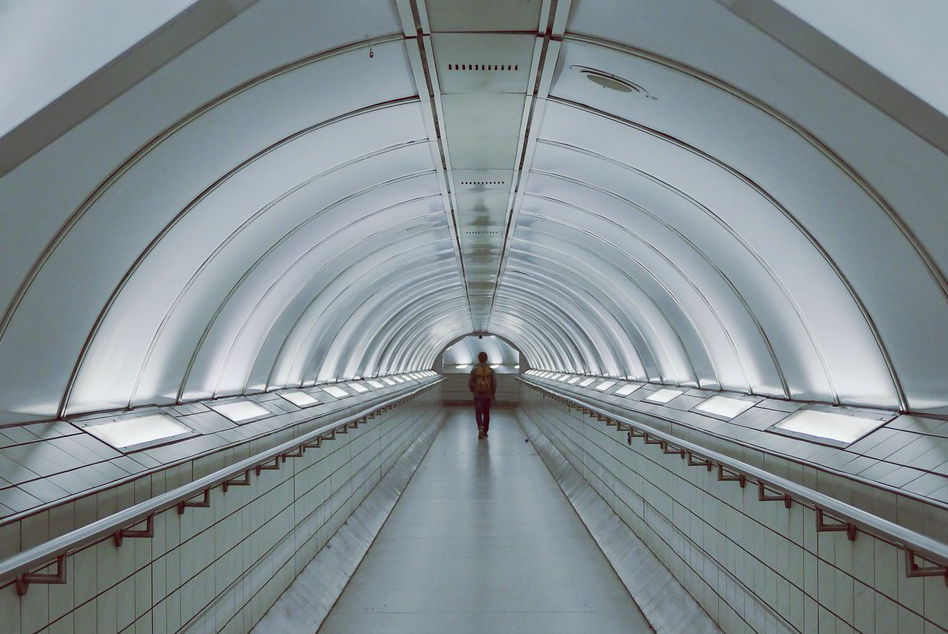 It was only when they sat me down in the office that everything hit me and I really realised what had happened.

Someone from Trauma Support came to meet me. Lots of train operators are qualified to deal with this sort of situation and they’re there so you’re never left alone. He sat in the cab all the way home with me.

I would have just locked myself away in my room, but because it was my birthday I’d already made plans to meet with all my best friends. I share my birthday with my best friend and we always do something together.

I ended up going but I don’t remember any of the evening. My friends all knew what had happened. All I remember is, on the journey home, my friend looking at me and saying: “You’ve been completely blank”.

I can remember the incident with complete clarity, but nothing of the rest of the day from when I got home.

Trying to get back to normal

I had about eight weeks off. They provide counselling, which I had for quite a while – they were really supportive.

I developed a stutter, for a week or two I just couldn’t get my words out. I had never stuttered before.

I went over and over what I could have done, what I did do, what I didn’t do.

Eventually I came to realise that whether I’d seen the guy or not and even if I’d have applied the brakes earlier, the train wouldn’t have stopped before it hit him. It took me about two months thinking about it nonstop to reach this point.

For the first few weeks and months I was trying to find out things about him. Did he have a family? Did he have kids? I was thinking this could be someone’s dad, someone’s brother.

He was a doctor, 30-something years old. I don’t know why but this summer I started looking for information again, some things just keep on coming back. I found myself asking, why would a doctor want to do that? They take an oath to protect people, and you’re taking away your ability to help people, depriving people of help.

I’ve just got to live with it now. I hate it.

Sometimes it gets a bit too much, to be honest. I don’t know if I’m the only one who feels this way. The Underground is a very male environment, there aren’t that many women there so it’s kind of like a macho thing. “I’ve had a One Under but I’m not going to be a punk about it.” You’ve just got to get on with it, some people have had three or four and they do.

There isn’t a day when I’m driving that my heart doesn’t go into my mouth, thinking it’s going to happen again. Since I’ve come back, I’m just so conscious. This happened six years ago but I still feel that sense of dread, whether someone’s bending over or running – even walking a little bit faster and I think “this is it”

Up until that point each day was a normal day. You think, “yeah these things happen, but they’re not going to happen to me” and once it has happened to you everything changes. At work I live in constant fear that it will happen again.

I try to have my birthday off every year. One year I had to go in on my birthday and it was unbearable. It’s the worst feeling and it’s hard to explain. When you’re expecting something to happen, the prospect of it happening is even worse. I don’t really have “normal days” anymore.

You can imagine how many stations we go through a day, getting that feeling at every stop – especially at rush hour. My hand is on the emergency brake lever, my feet gripping the floor. 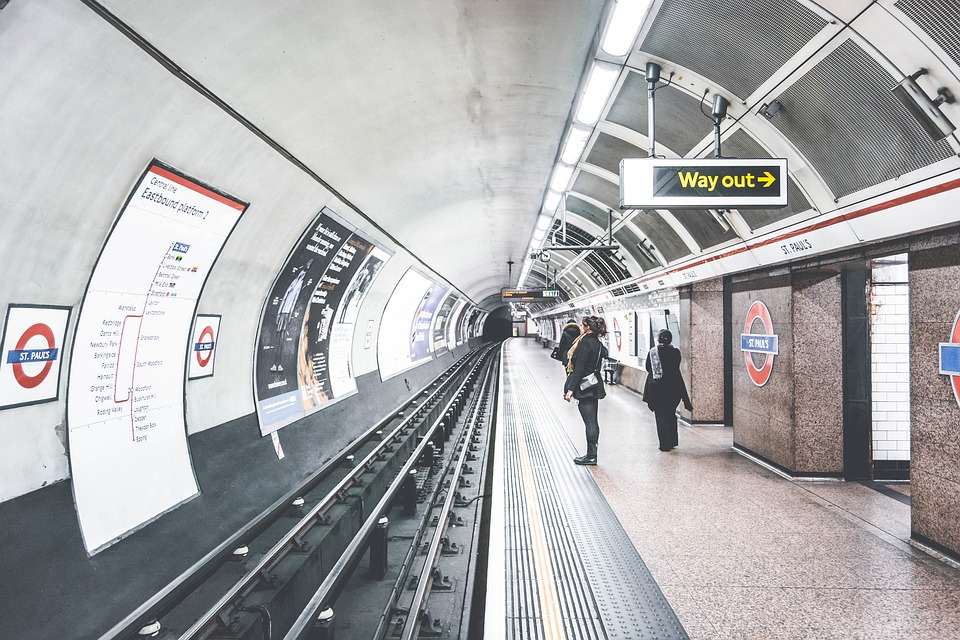 At my station, White City, there are about 90 drivers. Probably more than 10 drivers have had someone under their train – and it’s getting worse. Recently it has been happening again and again. There was one a fortnight ago, there was one last week. There was another yesterday.

You think this kind of thing just doesn’t happen. Some people go 30 or 40 years without this happening. I’ve been a driver for 13 years, so I’m one of the unlucky ones.

I don’t know what it is, but recently it’s becoming more and more common. Because of this, I’m starting to think it’s going to happen to me again.

I can’t get away from it because I have a birthday every year. There’s no forgetting it for me.