Just because you don’t understand dyslexia, doesn’t mean it’s not a real disability

Dyslexia is a language based learning disability that affects one in 10 people. The BDA defines dyslexia as “a combination of abilities and difficulties that affect the learning process in one or more of reading, spelling and writing.” Symptoms include difficulties reading, processing, short-term memory, poor organisational skills and auditory or visual perception. As defined in the Equality Act 2010, it’s an identified disability, but nobody really understands what it is. Instead, they dismiss it as an excuse for people being lazy or stupid.

Tell people you’re dyslexic, and you’re met with smug eye rolls and the inevitable “so you got a free laptop then?” People think it’s a made-up disease, fabricated by parents who don’t want to admit their child is stupid. They think by being dyslexic you’re getting it easy, that you’re milking the government and university for free things and special attention. To be told something doesn’t exist when you live with it every day is pretty insulting. 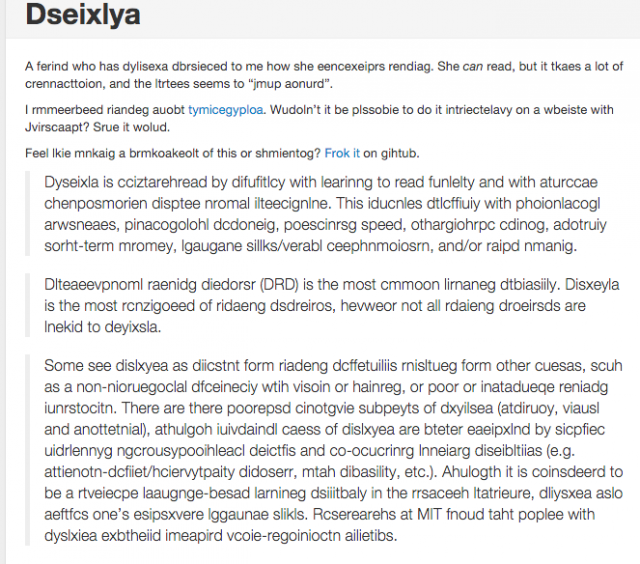 Contrary to popular belief dyslexia has nothing to do with being stupid, it’s even been linked to having a higher IQ. To be diagnosed, educational psychologists use standardised tests to assess students, measuring their intellectual ability compared to difficulties with reading, writing or numbers. And our poor spelling isn’t us being lazy, it’s a result of our language learning weaknesses and visual memory.

But what seems to really piss people off is the extra help and free things we get, like laptops or printing credits. Why do we get free stuff? Simply so people can get grades they otherwise wouldn’t be able to, which is pretty much the baseline definition of fair access for disabled students. Intelligent people can have difficulty learning, so we get extra help to achieve what comes naturally to everyone else.

Yes, we do need twenty minutes extra time in exams when trying to read looks like this. Every time I look at a piece of paper or a screen, the words are constantly jumbling around. I find it hard to decipher between letters like b and d, and words with multiple letters in them are hard to read. Big numbers are also a nightmare. It’s time consuming and pretty tiring, I’ll often re-read a sentence five times just to be sure of what it said. It also can be physically painful looking at bright pieces of paper or text on computer screens – leaving me with a headache and strained eyes. 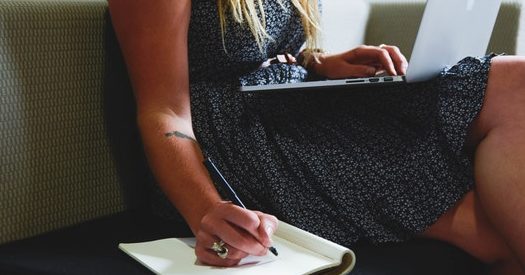 And no, we don’t get handed free laptops for no reason. Beforehand, we have an examination with an expert who assesses how dyslexic we are and how many things we should receive. We’re given special software to help us read like programmes which read out words to us or filters that make text easier to read.

I’m not asking for a pity or suggesting being dyslexic is a huge barrier, because it isn’t at all. Dyslexic people can, and do, excel in life – Albert Einstein, Richard Branson, Lewis Caroll or Steve Jobs for example. Sometimes it’s being diagnosed and getting extra help that helps us accomplish things, I wouldn’t have done half as well at school or university if it wasn’t for that. It’s unfair for people to look down on dyslexia as a fake disability, without actually knowing anything about it.