Do you ever worry that you are just a bum? That the only part of you that is important is that thing you use mostly for sitting on?

If you do, there’s good news for you.  In their latest ad campaign, Wrangler have confirmed that you are #MoreThanABum. They suggest that you can actually do other things than be an inanimate, sexualised object.  Things like walking about, dancing and saying the word ‘bum’.

However, if you’re one of the millions of women in this world that already knew that you were more than just a bum you probably didn’t need Wrangler to tell you this.

In fact, for pretty much everyone in the world the advert’s message is simply ridiculous and patronising; of course women are more than just a bum.

Wrangler did appear to have good intentions with the campaign. We Are Pi, the Amsterdam-based agency behind the ad, said the message of the campaign was to “enact a change in the cultural conversation, away from simply aesthetics and towards a deeper understanding of achievement and inspiration”.

To a certain extent, they almost achieve this.  The advert shows a wide range of women of all ethnicities, including a woman in a hijab.  It shows Grammy-award winning singer Kimora walking about in her jeans talking to several interesting and inspirational women  including Olympic volleyball champion Francesca Piccinini, transgender activitist Paris Lees, and Nikeata Thompson, the dancer and choreographer about why they are more than ‘just a bum’, all to the background of a song that includes samples of women saying the word “bum.”

Which is all a little ridiculous, but it would probably be okay if what they were saying was of any significance.  But it’s not.  The problem is that their conversations are vague and vacuous.  They discuss empowerment and inspiration but not in a way that is believable or genuine.

They make statements like “You can’t control how you look, but you can control how you feel,” which just isn’t even true, and “I represent something beyond just wearing clothes,” which is just ridiculous.

Most disturbingly though, throughout the advert the camera focuses on women’s bums and completely undermines any messages of empowerment that may have been present by continuing the sexualisation of these women.

The advert finishes with a call for people to tweet about why they are #MoreThanABum.  Unsurprisingly though, this is not what happened and instead people tweeted about why this ad campaign is so terrible. 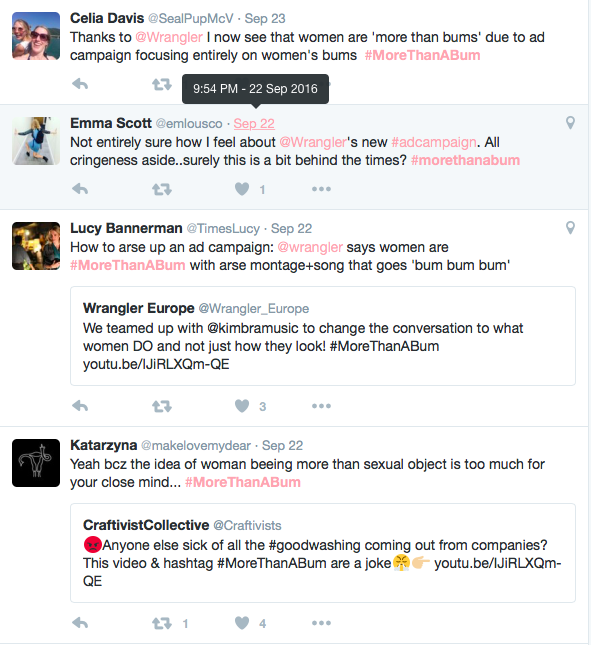 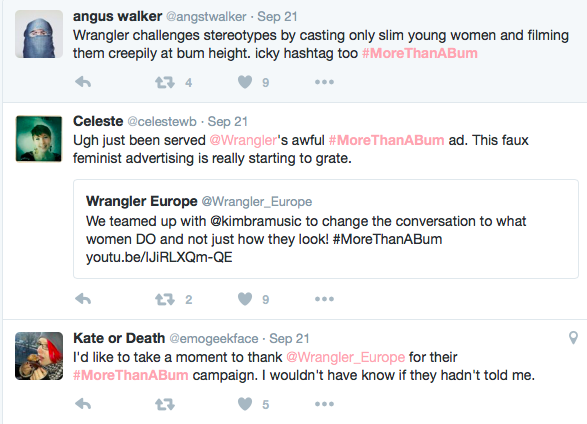 This advert is an example of faux feminism at its finest.  A brand trying to use the feminist message to sell their product but actually just producing something completely terrible and patronising.

Sadly though, this isn’t a new trend.  False feminism in advertising dates back pretty much to the inception of advertising.  For instance, in the 1960s cigarette brand Virginia Slims exploited feminism in an attempt to sell more cigarettes.

It used “empowering” images and slogans like “you’ve come a long way baby” in adverts, to suggest that women’s recent liberation means they should buy more fags. Great. 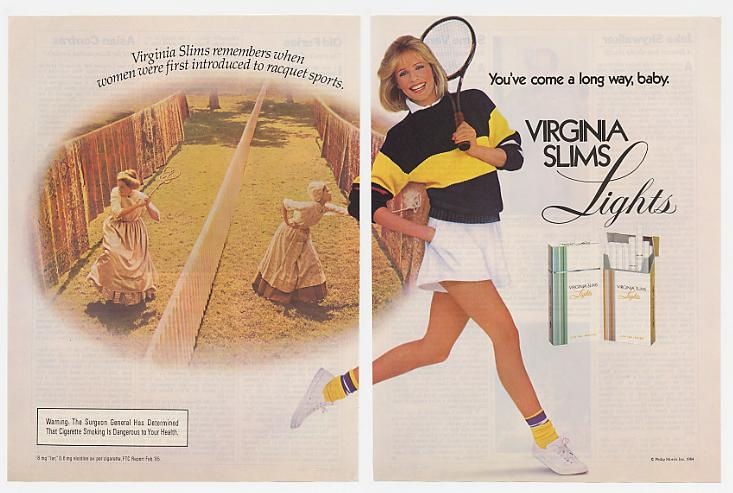 You probably also don’t need to be reminded of Dove’s “Real Beauty” campaign that featured supposedly normal women to raise awareness of photoshopping in the beauty industry, who then turned out to have  actually been photoshopped.

Opening a discussion about feminism and beauty standards in the mainstream media is important but it needs to be done in the right way.  Patronising and false messages of empowerment don’t help anyone.

Honest, genuine and frank discussion of these topics is what is needed, not just thinly-veiled attempts to use feminism to sell products.