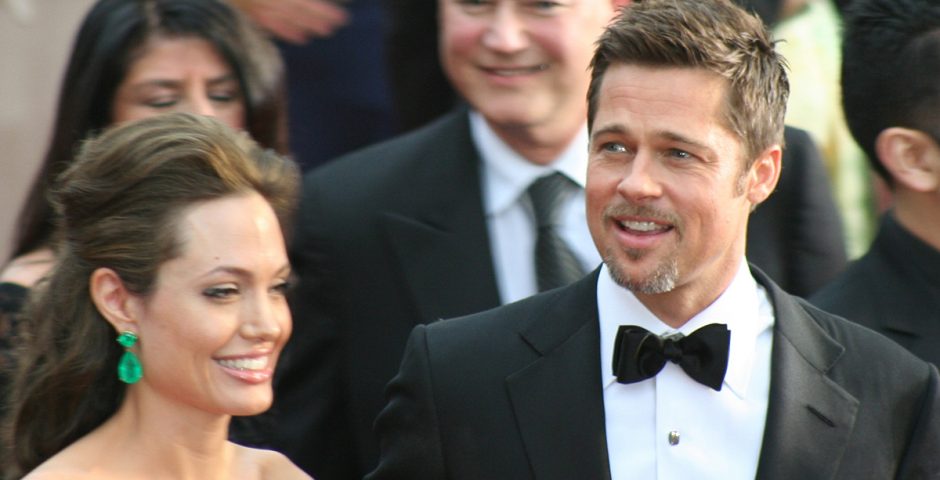 A celebrity couple is getting divorced. Let’s stop using it as an excuse to pit women against each other

Jennifer Aniston probably dgaf, leave her out of this

In the last 24 hours anyone and everyone with internet access has been talking about the biggest upset in the world: Brangelina’s divorce. But more than anything else, the reaction has been focused in on Angelina’s behaviour, Jennifer Aniston’s reaction, Marion Cotillard’s alleged involvement. Why is it that in break-ups and divorces all we ever seem to focus on is the women?

If we’re not blaming Angelina for being too preoccupied with humanitarian work to focus on her marriage, we’re blaming the women external to the marriage that Brad has supposedly cheated on her with. Weirdly, we’re also congratulating Jennifer Aniston – who, it’s worth remembering, is literally married to someone else and split from Pitt eleven years ago – on something she probably doesn’t even care about.

We know that Jolie was the one to apply for divorce and that she is seeking full-custody of her six children with Pitt having visitation rights. However, this is the only official information we have at this moment, so why have we immediately started blaming Angelina for it? According to one article on INQUISITR she “drinks wine every night and smoke constantly”.

Even if this was the case, who are we to say that their divorce comes down to this? We’re living in the 21st century where it shouldn’t matter if women decide to drink, or smoke, or live as they like. Other outlets have deemed her weight loss or gain as an important factor in the divorce, as well as her ‘many health scares’. Her private life has been given a full autopsy less than 24 hours after the announcement that she’s divorcing her husband.

Why is Angelina Jolie always labeled a "home-wrecker" while Brad Pitt gets to go through life without a sexist label stuck to his forehead?

Although some news outlets mentioned Pitt’s questionable parenting, ultimately most settled to blame the divorce on the fact that Jolie couldn’t handle Pitt’s partying and filed for divorce, as though to suggest that it’s her fault for being “weak”  and not being able to deal for his actions.

All in all, we’ve painted her out to be unstable, unhealthy and basically not strong enough of a wife to handle Brad Pitt. But that’s fine, because in 2016, its easier for us to accept that Jolie was too fragile to handle a marriage rather than split or attribute the blame to Pitt.

Next in the line of blame are Pitt’s recent co-stars that seemingly played a role in splitting the couple up. Marion Cotillard, Lizzy Caplan Selena Gomez and Gwyneth Paltrow have all been accused of being seductresses by various websites in tenuous links to Pitt. Because obviously, if it’s not the wife, it must be the women external to the marriage.

It is so disrespectful to bring up jennifer A. at a time like this. Stop pitting women against eachother& Respect their privacy #brangelina

Perhaps the worst part of it all is the Aniston memes. A deluge of pictures are suddenly everywhere working on the assumption that Jennifer is still bitter and actually cares about Brangelina’s divorce. In 2005, Anniston split with Brad Pitt following allegations of his infidelity. Supposedly Brad and Angelina fell in love whilst filming Mr and Mrs Smith in 2004. So obviously thousands of gifs of a smug Jennifer Aniston have flooded our feeds.

But, is there a need to bring her into this? She’s been happily married to Justin Theroux since August last year and has split with Pitt almost a decade ago. Why would she be celebrating two people going through a messy divorce with six children caught in the middle?

It’s easy to forget in the midst of the newest juicy celebrity gossip that – and it sounds so simple – we don’t actually know what happened. And I’m not saying don’t make jokes, don’t react to it, don’t read endless tabloid stories about them – it’s human to want to know.

But it is worth remembering that the couple have asked the press for privacy, presumably for the sake of their six young children, so maybe it’s time to back off, stop shifting all the blame on women before we get some real facts and let them sort it out themselves.