‘I travelled to Tokyo just for a shoe release’: We spoke to sneakerheads queueing for Adidas NMDs

One guy has collected over 600 pairs of limited edition trainers

Adidas have kept sneaker fans on their toes by collaborating their NMD series with BAPE and other well known brands.

The release of mastermind Japan’s collaboration with Adidas Originals was announced last week. Outside Sneakersnstuff in Shoreditch, a massive queue formed with people eager to get their hands on the 30 pairs available in store. 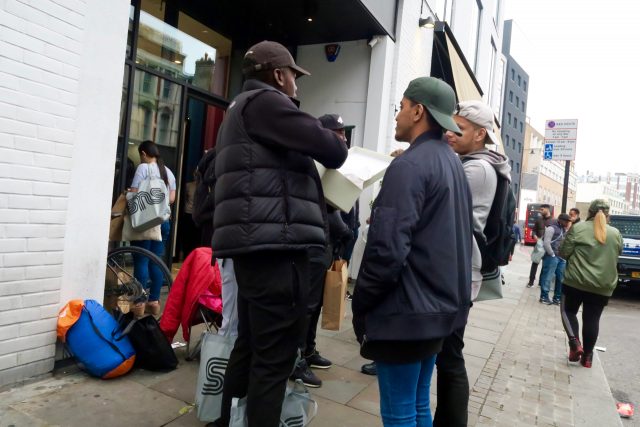 Fresh out of their sleeping bags, some were pushy and did not want to be approached. Most of the people had wristbands that allowed them to get into the shop, whereas some were just hopeful that they might get a pair without one. 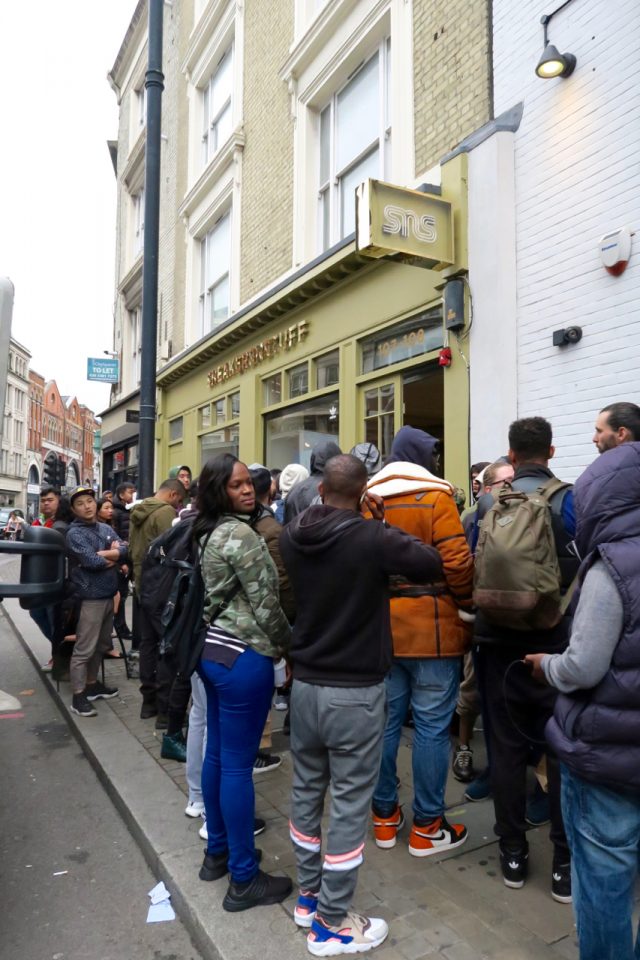 Ross from Nottingham has been queueing for the Adidas NMDs in his car all night. He said: “Tuesday is a weird release date for a shoe because people have 9-5 jobs. They usually take place on Friday or Saturday, so that more people have the chance in getting them. But I’ve been doing this since the 90s”.

As a shoe collector, he only wears them for 10 percent of the time and owns over 600 pairs. When we asked him how far he was willing to travel for a shoe release, he replied: “I’ve been to Paris, Amsterdam, Berlin and Tokyo.” 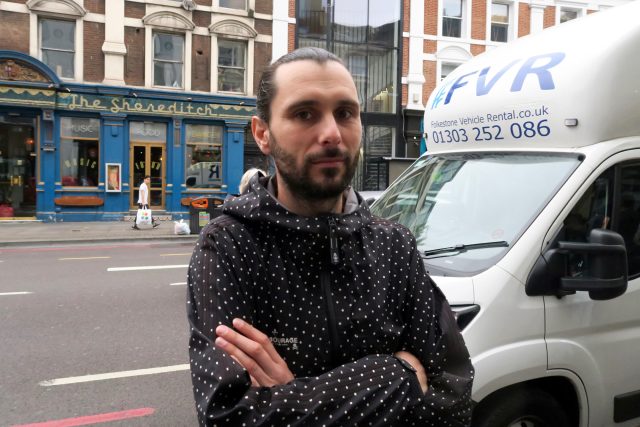 May, originally from Thailand but now living in Kent, was trying her luck in finding a pair but didn’t have a wristband. Later she confessed: “It’s my first time trying to get a pair of limited edition trainers, so I’m not really sure how this works”.

When she told us that she’s been waiting for 40 minutes, people turned around and shook their heads. She said that her most expensive trainer purchase was £120. 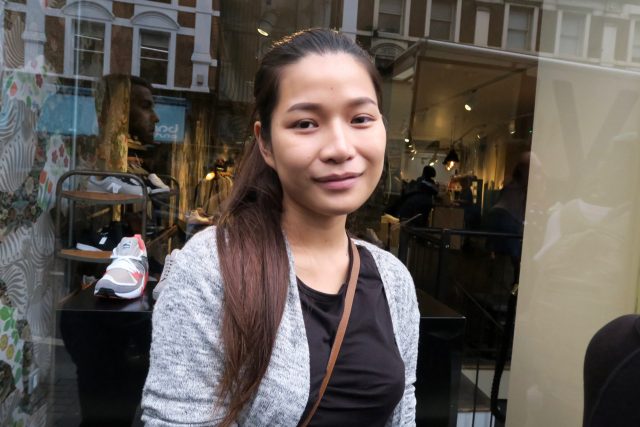 Ashley, a Korean student living in Oxford Circus, was there with her boyfriend. She told us they go to these kind of releases every two weeks. Ashley laughed at her boyfriend’s suggestion that her Yeezys were her most expensive shoe –  “No, those were only £150!” – but isn’t a collector and only own 30 pairs. Although she did buy some £400 trainers from Valentino (no biggie).