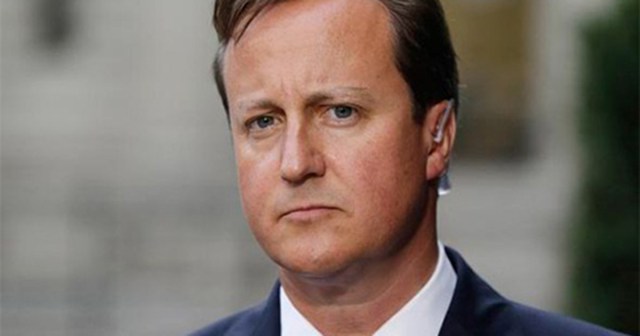 As David Cameron quits politics, we remember every way he’s screwed students over

After a staggering, and quite surprising, election victory 16 months ago David Cameron has thankfully left us today by finally quitting politics. Despite promising to hang around after the Brexit vote, he’s run off and left his post as an MP in Whitney, which is now up for election. Dave’s reign of terror started way back when he formed a coalition with fellow invertebrate Nick Clegg, raising tuition fees and making life a little bit harder for all of us. But now he’s gone, how much did he really do for us?

Of course we all know that it was Dave’s coalition government that raised the tuition fees from £3,225 a year to £9,000 in 2010. David Willetts kindly referred to students as “burden on the tax payer” which of course is totally fair. Under Dav Cam we were turned into a “burden” and due to the increased tuition fees we were cast out with little other option.

Yes, uni numbers are still high, but the rise in fees has made a lot more students career conscious. In the shadow of our mounting debts, a lot of us now are more likely to follow career orientated degrees and paths that simply ‘make money’. Not only are students now more career conscious, but increasingly people put aside what they really want to do because of the need to find a job ASAP. You may not believe it but it seems now we have less fun especially with a future of paying off our building debts. Either that or we drink further into oblivion to forget about the interest that our future selves will have to deal with.

The conservative government has made uni student grants redundant. George Osborne deemed, in his cheery budget in 2015, that grants were “unaffordable”. This will compromise over half a million university students and means even less options for students, especially for those whose families earn £25,000 or less a year. The grants are being replaced with more loans, which means even more debt for young people.

He called a referendum and now we’re Brexiting

Brexit in general has shat on young people – we didn’t even want it. In the EU referendum 71 per cent of 18-24-year-olds wanted to Remain in Europe. The referendum was Cameron’s downfall, especially with his unconvincing Vote Remain campaign. The result of this disaster is going to have unprecedented effects on the UK and students alike.

Our access to the Erasmus scheme is in danger

With Brexit came Britain’s chance of rejection from The Erasmus Scheme. Ruth Sinclair-Jones, the UK director of the Erasmus scheme, said “we now face a sad moment of uncertainty, after 30 years of this enrichment of so many lives”. This is just another detrimental effect to the lives and choices of students as a result of Dave’s time in office. EU membership also guarantees certain research funds, which now may not be accessible – thanks for that Dave. We now look like an unfriendly nation to all those outside our countries narrow vision.

He made life hard for young teachers and junior doctors

In 2010 Cameron promised better teaching standards by accepting a higher standard of graduate into teacher training programmes. Dave pledged to only accept those with a 2:2 or higher. These “brazenly elitist” plans characterise the way Dave lives every aspect of his life: elitist as hell. It was under his leadership that medics – going into their careers as junior doctors and helping the sick – face longer hours and multiple strikes.

As Dave says goodbye to his time in politics somehow I don’t think that everyone will be giving him a gentlemanly pat on the back. All we can say is cheers for looking after us students Dave, but then you weren’t a real student were you? You were too busy allegedly fucking a pig.