His whole identity screams ‘LOOK HOW MUCH FUN I’M HAVING’

There are always signals which indicate what kind of a man someone is. A roll neck can be a 50:50 split between a club promoter and someone in IT, depending on the accessories. A mediocre sleeve tattoo and penchant for psychoactive drugs is probably indicative of the kind of guy who will cheat on his girlfriend, but confiscate her phone if she even tries to text a guy friend. Beaten up Vans and a Thrasher hoody are more often seen on weed smoking college truants than not.

The guy who lines empty bottles of cheap spirits up in his halls window: he will be seen in his college leavers hoody, Topman shorts and a pair of hideously decrepit flip-flops, carrying a ridiculously large crate of Fosters and a bottle of Glens under respective arms, almost every time you see him. The stereotype can be followed much further however. Let us go on a journey to discover more about these hapless heroes.

Named something very middle class like Simon, he will study an equally boring and predictable degree, like Economics or Business. Craving acceptance, he will choose the “party” halls. Simon’s mum will be the one to make everyone cups of tea on move in day, anxious to get to grips with her son’s new flat mates, and keen to extend the time available to her before the final farewell, where she’ll hold back the tears and remind her little soldier to wash his towels, as balding daddy closes the boot of the BMW X5 and checks his Blackberry.

Despite only ever having been referred to by his first or last name, Simon will invent some hilarious (read: tragic) nickname, such as Jammy or Bags, and insist that everyone call him by it. He will walk around the flat topless at every opportunity, flaunting a body honed by hours of quite average weightlifting and a proclivity for a Nando’s quarter chicken. 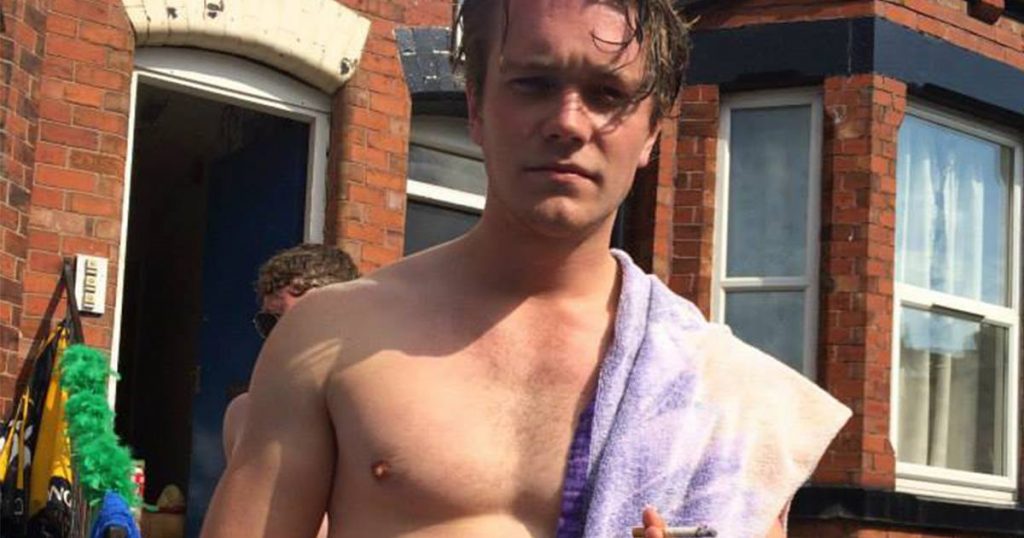 Simon’s room will be adorned with 90s movie posters. Movies that he will have seen, but not fully, always being distracted by the lads from home’s whatsapp group. He’s probably bought a stack of out-of-date FHMs with him, kept in a draw on his desk, and uses them for styling tips. Simon definitely still wears Lynx Africa.

To add to the semi-nudity in your flat, Simon will also inexplicably have his shirt ripped at every club night. While in the club he will always order two drinks without exception, chanting “Sink one, drink one!” as he does so. He is religious on having fun. 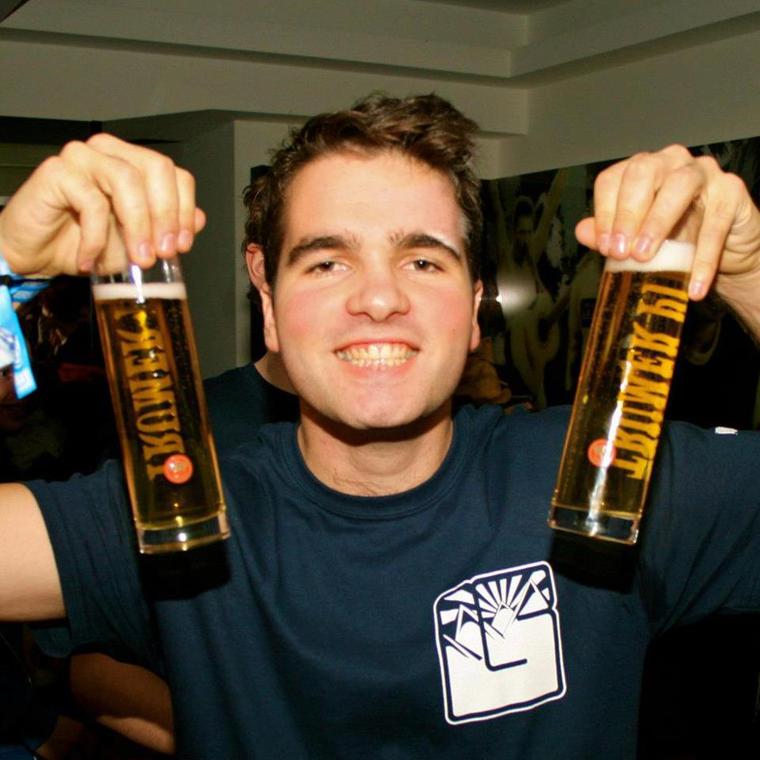 At pre’s he is militant on drinking rules and tries to play ring of fire every single night. Simon will order a beer bong a few weeks into term, and otherwise will drink out of everything other than a glass: thinks pans, Frisbees, jugs etc. Outside the club, in the smoker’s area of course, Simon will sound well versed in tobacco, despite only trying his first cigarette at an A Level results house party.

He will have purchased at very little expense some Stirling Kingsize, always in a pack of 20, because they came in a tin that he thought could be a conversation piece with new girls. He takes a drag and stifles a cough before passing his cigarette to a flat mate, in a gesture of generosity that masks his daunting realisation that his smoking charade is unsustainable. 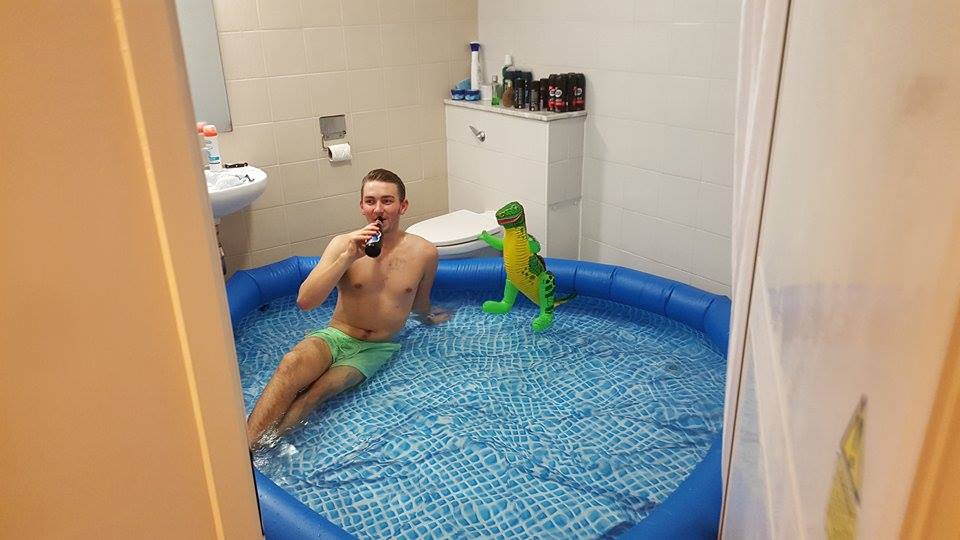 What this? My paddling pool? Yeah I take it everywhere with me

The morning after a night out, the great ceremony will begin. Simon will go down to the kitchen and wash out the empty bottle of Glen’s, his third this week, with the kind of care and attention that you wished he gave to his dishes. He returns to his bedroom and neatly lines up the bottle in his window, alongside numerous other vodka bottles, as well as a bottle of Jägermeister and a small bottle of Absinthe that he bought on a family holiday to Crete in 2013. Simon peels off the now dry “Carnage” bar crawl shirt, with an unlucky girl’s number scrawled on the arm, which he forgot to take off when he got into bed, and arranges it on his wall in such a way as for passers-by to see it in the background of his bottle arranging, a kind of grim homage to a man who’s whole identity literally screams “LOOK HOW MUCH FUN I’M HAVING”.

His record with girls, as he would have you believe, reads like a whos-who of undiscovered super models. The truth is really as average as could be expected. He lost his virginity in year 11 to a girl who had been on the edge of his friendship group for years. He progressed to a semi-long term girlfriend in sixth form, when the girl he had lusted after for years finally realised that he was actually ok, and probably too cringe to ever cheat on her.

This man is to tinder what Sir Bruce Forsythe is to television. You’re almost sure that he’s there for legitimate reasons, but you can’t quite lose the nagging sensation that there is something more nefarious afoot. Simon’s tinder bio is as endearing as it is tragic. Like your typical fuckboy, the featured image is a photo of him wearing sunglasses on a night out in Guildford. His profile also includes a photo of him in the gym, one with his mum from a BBQ at a parent’s friend’s house and a poorly written joke that is simultaneously sexist and not funny. 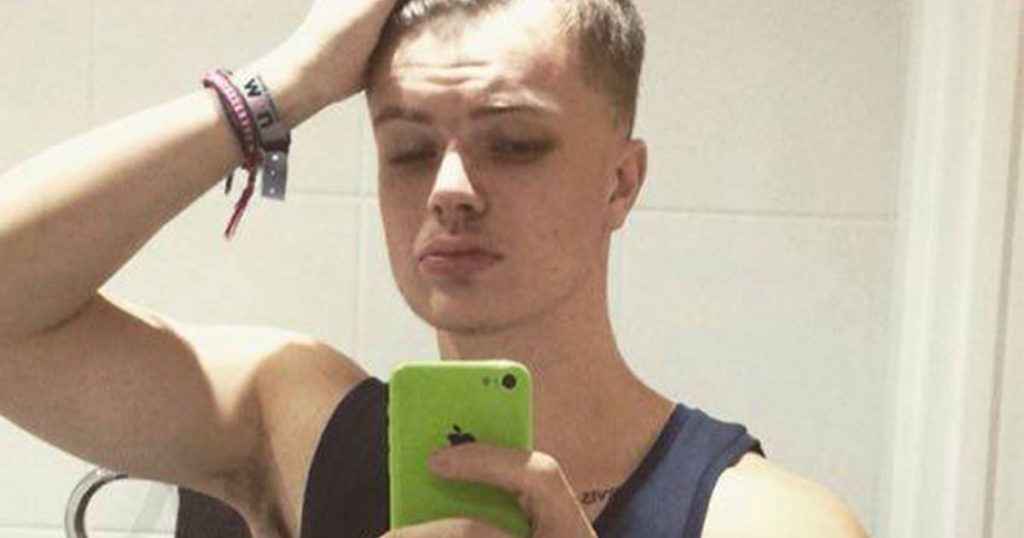 He is in every halls across the nation. Simon’s influence is far reaching and lasting. You will always pass by a Simon’s room on your way to a lecture, gazing thoughtfully at the bottles on the windowsill, wondering what sort of a man might live inside. Well, now you know.