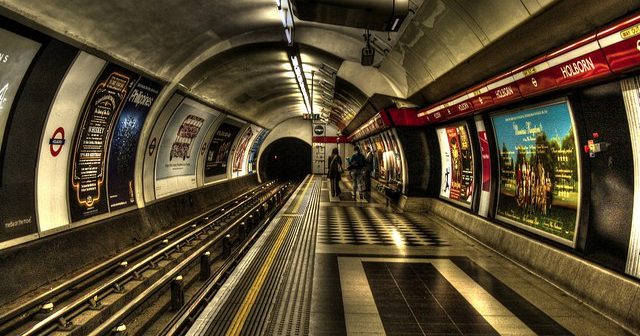 Before you complain about delays to your journey, spare a thought for the driver

At 8:32am yesterday morning, a woman was hit by a train at Tottenham Court Road station. There are 238 incidents of people under trains per year, meaning that almost every Londoner will be affected by it in their lifetime; be that because their journey is delayed, they are on a train involved or – in the worst incidence – it’s a loved one. For tube drivers and TfL staff, it’s simply part of their job.

I was on the central line at Tottenham Court Road when our train came to a sudden halt and the lights went off.

“Ladies and gentlemen, your attention please. Will all passengers leave the station immediately”. The recording repeated over and over again, but the doors on our carriage remained shut.

On the adjacent platform, trains were stopping to let off passengers, who were heading for the exits, then they just started whizzing straight through. Seven trains passed on the other platform before I stopped counting.

As ridiculous as it feels to say now, sat in the half-dark for ten minutes with the evacuation announcement, I was convinced I’d found myself in the middle of a bomb scare or terrorist attack. I imagined people in balaclavas going through the train.

The announcement then stopped. As unnerving as the recording was – telling us to leave the station when we couldn’t even leave the carriage – the silence was actually a bit worse.

The time droned on. After about fifteen minutes, I chatted to the people around me and we discussed whether it was worth calling 999 just to find out what was happening. I called, thinking it may still work underground, but I couldn’t get through.

Another train came and went on the other platform.

As dramatic as it sounds, I started thinking about my friends – wondering if I’d had any petty arguments recently. That I was glad I’d spoken to my mum and dad and older sister the night before. That I missed a call from my sister in Hong Kong because I was working. That my best friend had invited me round to stay last night and hoped she wouldn’t blame herself if the worst were to happen. I “was meant to” be going to see my boyfriend tonight. I had spoken to him just before I got on the tube. I tried to remember if I’d said “I love you” at the end of our phone call, which I decided I hadn’t and was a bit annoyed.

It’s ridiculous that the minute you are unsure of what’s happening in a dark tube carriage, you basically sign your life away.

If only to alleviate the growing collective anxiety – you can imagine how packed the carriage was for a Central line train during rush hour – we started chatting a bit. “Have you ever had this before?” “No”. I looked to my side, to a well-dressed girl who seemed to be on the brink of a panic attack. She was leaning against the glass pane holding her head in her hands, before looking up and forcing a smile at me.

Occasionally the woman would speak over the tannoy in the station – the normal automated announcement, saying it was the central line service to a certain place. The recording I’ve heard so many times was out of place in the cramped and silent carriage.

I wanted to talk to the people around me, but there wasn’t really anything to say – we were all as clueless as one another. The girl next to me, who was playing candy crush, looked up and said nonchalantly: “It’s probably just a suspicious package”.

Another five minutes crept by painfully slowly, and then suddenly a man ran past our carriage and people were whispering “there’s someone outside”. When he came back past a lady, who was sat on the floor, started to shout at a man on the platform: “Please let us out, no one is telling us anything!” She started banging on the doors. He told us hurriedly to “just wait there”, running back towards the front of the train.

We sat in fraught silence a bit longer before two TFL guys in suits came to the doors – they were visibly shaken and their faces were pale. They opened the doors and started ushering people out.

Someone had gone under the train and we were told the driver was in great distress. Some people were crying, some people were angry that we’d been left sat in the half-dark with no idea what was going on for 25 long, drawn-out minutes.

Once TfL got to our carriage the staff were calm and organised. They apologised for the inconvenience and when we got out there were what seemed like 50 emergency vehicles, and Tottenham Court Road was completely blocked off.

You hear about these incidents all the time. They may seem an “inconvenience”: you miss your meeting, you’re late to see your friends, you’ve had a long day and you just want to get home. I didn’t hear anyone complaining yesterday morning – possibly because of the shock. It was just so awful seeing the horror on the faces of the TfL workers and the evident levels of distress in the driver – so bad that they evacuated around 2,000 people from one of London’s busiest stations in rush hour.

Once I’d got out of the tunnel and managed to actually reflect on it, I felt, more than anything, foolish and guilty for worrying about myself and getting caught up in my imagination of some sinister attack. My heart goes out to the driver of the tube and to the friends and family of the woman involved. I can’t pretend to know what it feels like to be part of or directly witness an incident like this, but for me it has revealed the immediate impact of “that thing you hear about” that affects your journey. I won’t be complaining about delays ever again.