For the past few months, the Brock Turner saga has gripped the world, and unfortunately not for the right reasons. Not a triumph for justice but a frustrating tale of a boy who in many people’s eyes, got away with little more than a slap on the wrist. Instead of using Turner’s horrific crime to raise awareness of the shocking sexual abuse that goes on in colleges and universities across the world, many news outlets have painted the Stanford Rapist as nothing more than a collegiate swimmer than made a mistake.

Despite the outrage surrounding the case Turner served just three months in prison. As though to prove he’s being punished photos emerged yesterday of him signing the sex offenders register. Looking sheepish and having to sign a register is not a suitable punishment for a rapist. 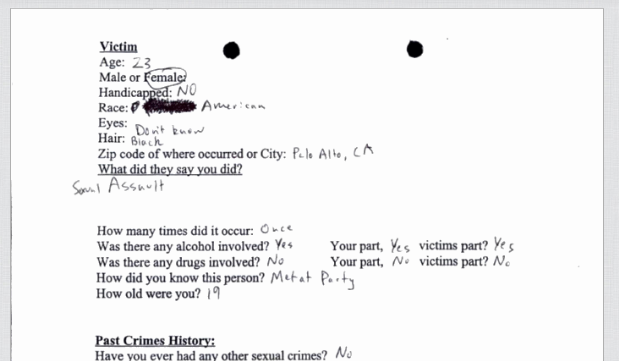 On the document he was made to fill out a questionnaire with questions about his crime, like:

How many times did it occur? Once

Was there any alcohol involved? Yes

Was there any drugs involved? No

How did you know this person? Met at Party

To put it in perspective, around one in four women will experience rape or attempted rape in their time at university, and less than six per cent of reported cases actually result in conviction for the perpetrator. Thankfully, in the case of the Stanford Rapist, Turner was convicted but, it seems like only just.

The maximum sentence for his crime is 14 years. He served three months.

His victim will face a lifetime of emotional pain and suffering, and he faces a lifetime of signing a register every 90 days. Is this fair? No, it is not. Three months is the length of a camp in America, or one term in school. Surely that’s not a long enough period of time to reflect on the severity of his crime and to understand why he has to sign this register for the rest of his life. 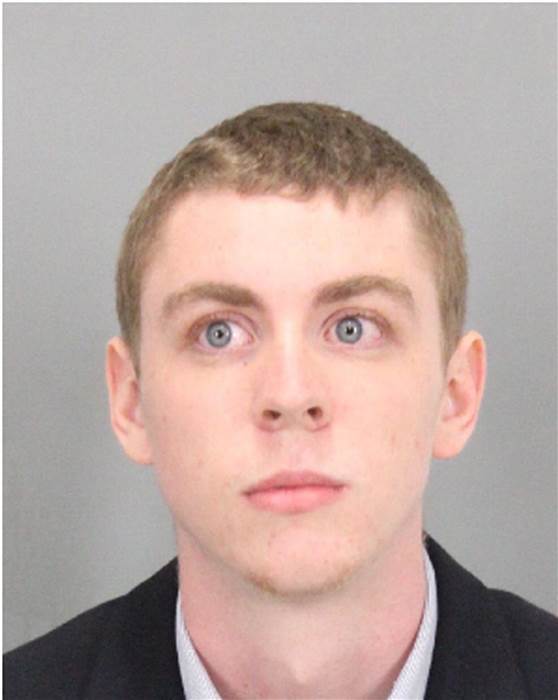 Admittedly, having to register as a sex offender is not something to be taken lightly. But when you consider the massive span of crimes which the register lists, it seems laughable. You can find yourself on a sex offenders register for consensual sex between two underage people, which could be two 17 year old’s in America. You can get on it for being consenting adults having sex in a public place. You can get on it for being drunk and peeing in the street. Surely these minor crimes shouldn’t be in the same league of a guy who sexually assaulted a non-consenting, unconscious girl in a back alley?

I don’t care if he’s been kicked out of school, that he’s on the register or that he has to tell the police when he moves. It is not enough and it does not equal his crimes. In fact it’s an insult to his victim and all the victims of sexual assault that have to live every day of their lives with the knowledge and memories of their bodies being violated.

They deserve far more than that and he deserves far, far less.