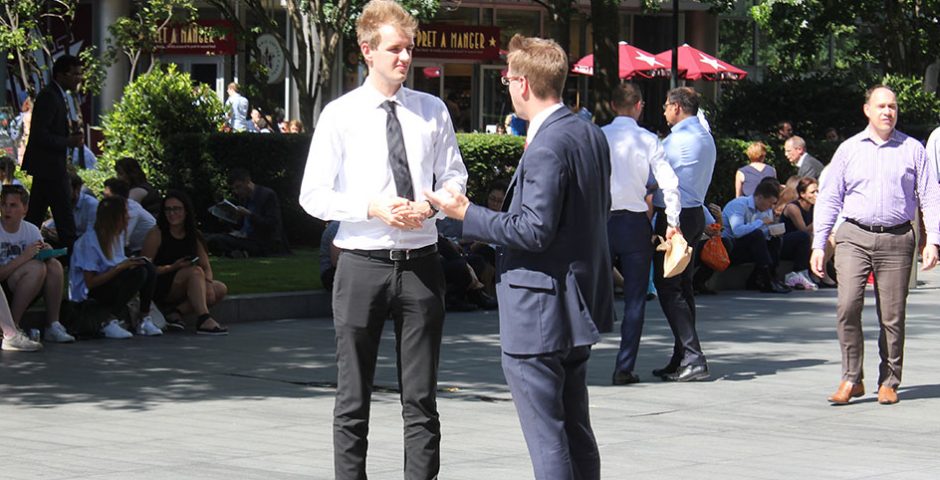 Who cares about brown shoes? The women’s dress code is way more oppressive

According to a recent report, unspoken dress code rules in the City say men shouldn’t wear brown shoes if they want a job. People were outraged, claiming such rules prevent social mobility in high paying jobs. And they’re right, it’s ridiculous for this rule to exist in such an undercover, who-you-know sort of fashion. However, what is being ignored is the fact that women have to endure dress code regulations that are not only restrictive and oppressive, but ambiguous and never talked about.

Here is what The Times wrote as gendered lists for “how to look the part”:

Nothing on this list is shocking. It all makes sense. But when you break it down, everything about it is oppressive, objectifying and disrespectful to women.

Let’s start with the shoes. The colour of men’s shoes is the whole point of The Times’ article, perhaps because its mundanity is amusing, however, the advice given for women is way more complicated. We are told to have a very specific height of heel, yet no height is actually given – we know we are going to be judged but they want to leave it up to us to get it wrong. Secondly, the fact wearing heels is seemingly a necessity for women is cruel and unfair. I hate wearing heels. They hurt, they’re hard to walk in and they make me feel self-conscious. How is anyone to work efficiently when there are so many unnecessary discomforts being enforced? Despite all this, one of the most disturbing things that The Times write about women’s footwear is that if you get it wrong you give “the wrong impression”. I don’t take issue with this in itself, if you turn up to an interview dressed inappropriately, then you can’t expect to get the job. However, the fact that the “impression” given is mentioned for women and not for men, turns it into a gendered issue. It’s not possible for a man to present himself in a promiscuous way when he gets the height of his heels wrong. This is an issue only women experience, an issue that has been created by men sexualising the female body.

Moving onto the second bullet point: skirt length. It is a reasonable request that women don’t turn up to work in a skirt that shows off half her thigh. Yet, the author has somehow managed to turn this into a patronising rule, undermining the judgement of subject. Aligning the length of a skirt with the experience of being at school is a blatant infantalisation which the author enforces with a direct order: “nothing visible over the knee”. God forbid, a woman shows up with the lower two inches of her thigh on show, distracting the rest of the office, despite being made to feel that she had to wear a skirt so she looked feminine enough. Do you see where the difficulty lies? There is no sense of freedom or choice. It’s all for male benefit. 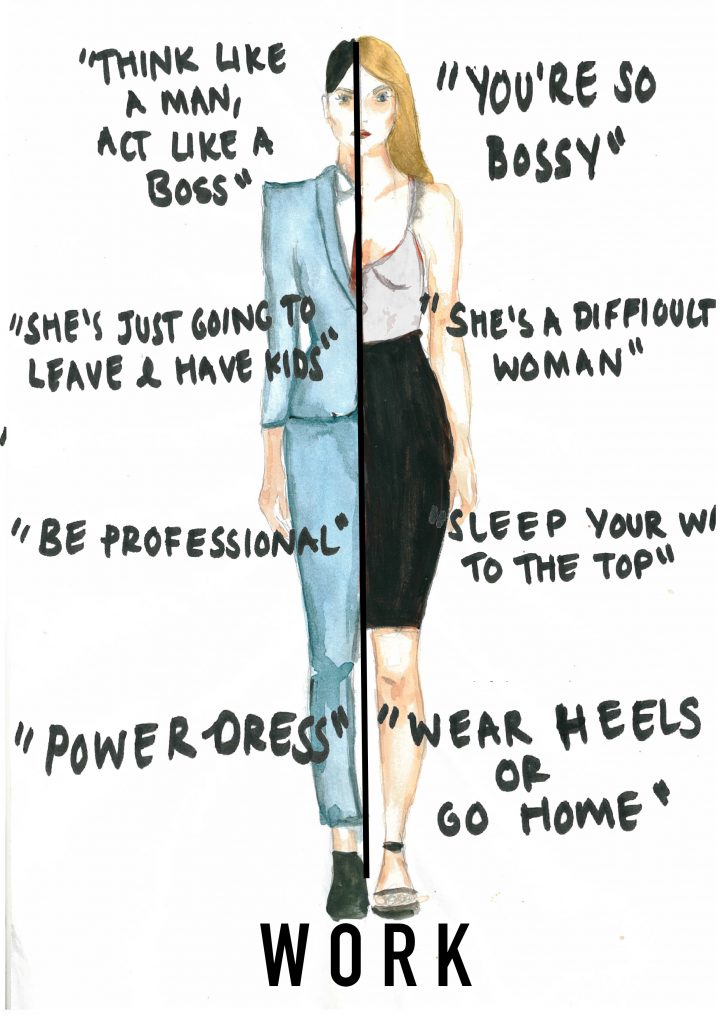 The final bullet point appears to be reasonable: in a formal interview, you probably shouldn’t turn up with excessive jewellery or tattoos on show, it admittedly doesn’t look very professional. But this should not be a gendered issue. It has been firmly placed into the female column, insinuating a frivolousness in female expression. Men wear jewellery too, men have tattoos too, but this article is making it seem as though only women would bother showing this stuff off, as if only men are taken seriously enough to not have to be told. There is a total blockage of the possibility of a woman’s freedom to express herself with the assumption that she is able to do it appropriately in a work environment. We’re not children.

Although it may seem like I’m overanalysing this, and it may sound as unimportant as whether your shoes are black or brown. But it’s not. The differing attitudes between men and women in the workplace are illustrated perfectly in this comparison of rules of dress. All women experience this kind of subtle sexism daily, often without realising it’s happening. Perhaps those writing these rules should take a second to reread and stop themselves creating such a archaically gendered void.