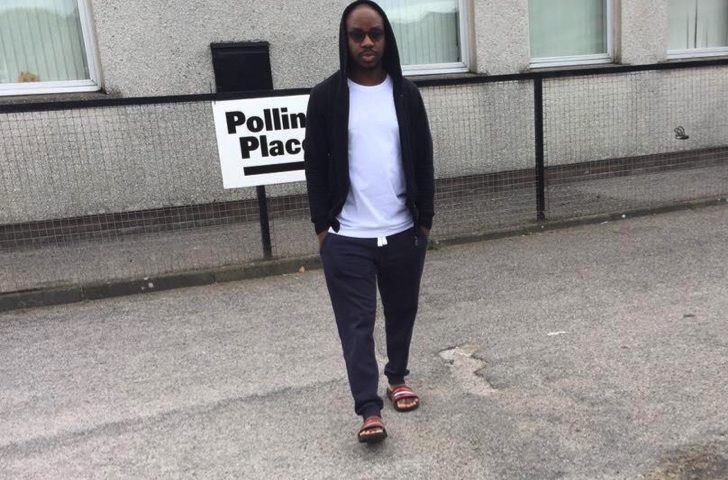 I lost all my friends after voting Leave

I voted Leave in the EU referendum. But after a lengthy Facebook post declaring it, the mood amongst some of my Facebook friends became awry. The unrestricted travel to Ibiza and other European islands was clearly perceived to be hanging in the balance. It turned out the European cheap booze and the social lubrication that comes with it, was becoming an unlikely thorn in the flesh of my argument. The argument, that we should look beyond the EU itself and see a broader ramification, was one I tried to convey with my vote.

In the morning after the voting day, as the ballots were counted, the Leave voters were declared winners. The reactions that followed on my Facebook timeline ranged from a series of passive aggressive meltdowns to cyber hysteria. The meltdowns included the notion that all Leave voters are gullible at best, and morons at worst.

There was also an insinuation of close mindedness and bigotry directed at the Leave voters. I’m the only ‘leave’ voter amongst my Facebook friends. I took the moral high ground as I thought; after all, a true democracy accepts the outcome of any democratic process. 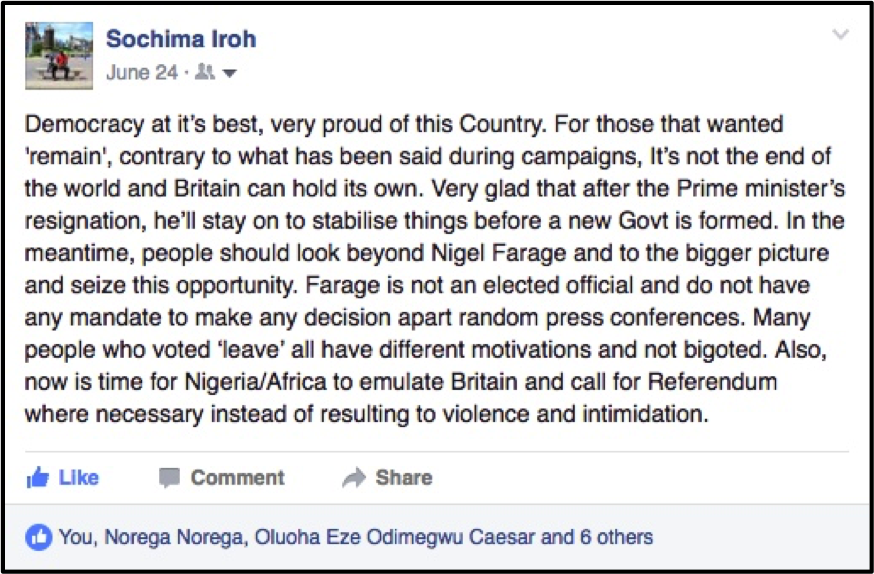 My status declaring my intention to vote Leave

It’s worth noting that I formed my opinion on how to vote while wearing my commonwealth citizen’s ‘hat’, having also pledged allegiance to the Queen. In other words, I had a set interest already in mind before walking into that voting booth. Contrary to some of my Facebook friends’ notion, Nigel Farage did not convince me to vote Leave.

For an understanding of the motivation that guided my vote, a quick insight on the practical ramifications of this referendum is required. As a British Nigerian, I have a Commonwealth affiliation and hence faced brief dilemma prior to casting my vote. The British half of my brain had booked yearly summer holiday flights to Paris for the next ten years and would bite the hands off any person trying to come between me and Les Champs-Élysées. Having said that, the same British half of my brain also believes in the absolute authority of Britain to govern itself, hence detaching itself from the overriding powers of the EU.

On the other hand, the commonwealth half of my brain is fully aware that a Leave vote will reverse the status quo that Britain has found itself in, after joining the EU over forty years ago. This reversal would severe any binding agreement/restrictions that Britain has with the EU and hence revive the British-Commonwealth trade without any restrictions. This will eventually become a win for everybody. Most importantly, there will be a massive reduction of aid going to these commonwealth countries, as they will eventually be in a position to sell their goods in the UK, increasing their GDP in the long-term. 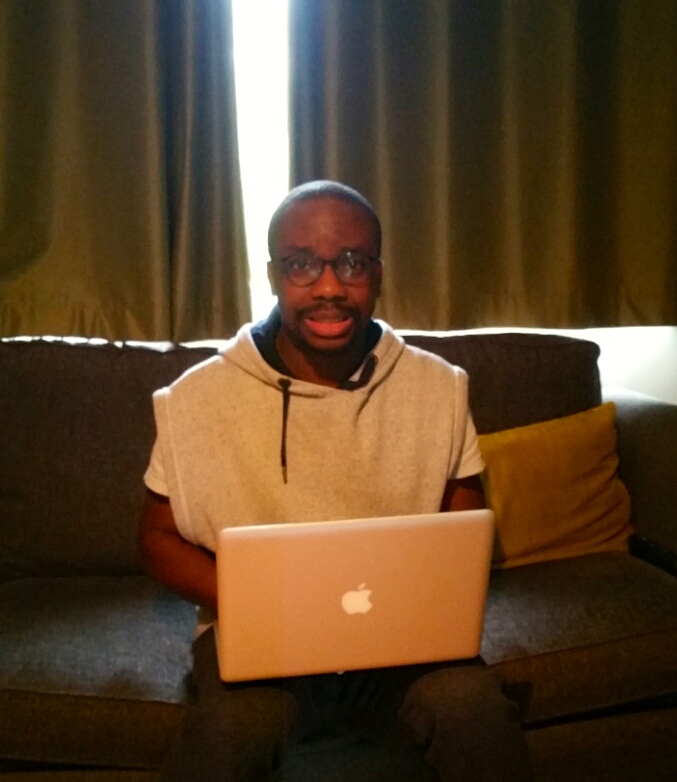 Figuratively speaking, the EU is like the Head master/mistress who tells the kids who live around the school (EU member states) not to play with the other kids who live far away from the school (commonwealth countries and countries outside the EU territory). The kids that live far away from the school are given a different I.D card which they have to show before going into the classrooms and they are not allowed to bring their snacks into the school premises to avoid the ‘contamination’ of other kids’ snacks (harsh targeted boarder control & trade restrictions).

If the picture I just painted sounds very horrible, this is similar to what Britain signed-up for since joining the EU, and a Leave vote, I believed, would eventually end this agreement. Some of my friends who insinuated that the Leave voters are inward-looking needs to have a broader empathetic view of the commonwealth countries (especially African countries) who have been harshly marginalised by the EU through international trade agreements and monetary policies. There is a saying that we live in a global world, and if we truly live in a global world we should all be fair to one another regardless of where you are geographically placed in it.