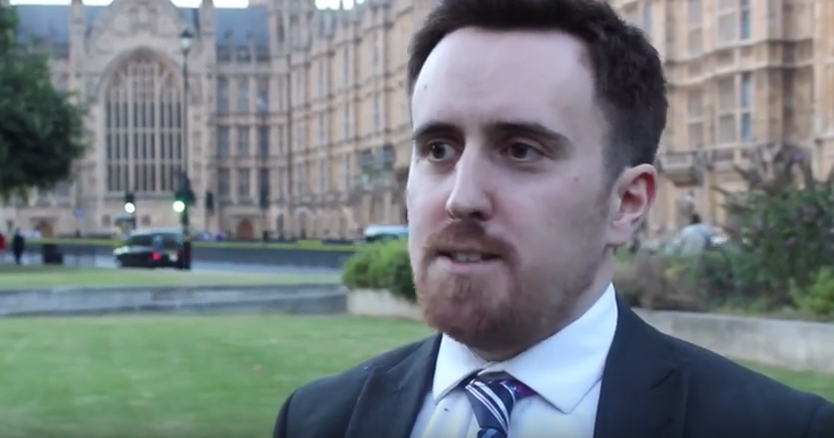 Watch this terrifying video about leaving the NUS

‘There is no intent to frighten anyone’

After allegations of anti-Semitism and disputes over student representation, it is safe to say the National Union of Students is undergoing its fair share of scrutiny. Student organisation ‘NUScape’ is at the front of the anti-NUS campaign, and they’ve made a video to warn everyone how important disaffiliation from the NUS is.

The problem is, it’s a bit terrifying.

The video commences with some bizarre eery music, accompanied by a voiceover of some students who we were told attend the University of London. The production value ranges from Blair Witch inspired short film to ISIS recruitment video, with the first speaker is sat in a room with  dim bulb akin to solitary confinement and other preaching from in front of the Houses of Parliament. They begin to explains how unrepresentative the NUS is, while failing to look at the camera.

The ominous music continues as a new series of contributors, also students, elaborate on the faults and flaws of current NUS President Malia Bouattia and her controversial anti-Semitic remarks. The video here becomes even more bizarre as the ‘students’ are now speaking outside of London’s famous political establishments, like the Houses of Parliament, while dressed in suits and blazers. In their exaggerated formal attire, they passionately argue that the NUS fails to represent students, all while addressing someone off camera.

With the charming backdrop of the Westminster, the occasional bedroom and, at one point, a room full with ornate paintings, the students report on the NUS’ flaws as though it’s a featuring story on the 6 o’clock news. Despite the urgency and emotion in their voices, they are still unable to even bear a glance at the camera.

Contrasting the passionate politician wannabes, who declare the NUS to be guilty of “one of the most undemocratic systems in the history of human kind”, the video continues to feature random comments from other students in overbearingly tiny rooms, as well as the odd clip of a campus and some people walking around.

Here, the music changes its tune and becomes slightly inspiring and hopeful as the students discuss disaffiliation and funding for the NUScape campaign.

They accuse the NUS of a non-representative voting system, where only seven hundred out of seven million students are able to vote for the NUS president. Malia Bouattia has been criticised throughout the year for her comments that were perceived as anti-Semitic, censorship has been deemed atrocious, and the NUS planned on spending £60k on a protest for an as yet undecided reason. But, on the other side of the fence, are the people in this video. So why the drama and dodgy camera work?

We spoke to Luke Nash-Jones, the man leading the disaffiliation campaign and producer of the video. He told The Tab: “We would naturally welcome reform of the NUS, but there has been no sign of a willingness to change, though perhaps disaffiliations may prompt for such discussion. There needs to be a ‘one member one vote’ system for election of the NUS presidency and other key positions, to ensure the organisation is as representative of students as it claims to be.”

When asked about the political nature of his video, Luke said that the backdrops were purely coincidental and that it was not intentionally political.

The video seeks to gain sponsors to help NUScape in funding flyers and workshops that promote universities detaching from the NUS. Luke also said: “NUScape is not a campaign to or have any plans to build a new NUS. Universities such as Southampton and Imperial do not just survive but thrive outside of the NUS, and it would be demeaning to suggest other universities could not do likewise. Nonetheless, we are prepared to accept and support the NUS subject to reform.”

On mention of the video being a tad terrifying Luke said that “there is no intent to frighten anyone”, although the chilling music and urgent warnings might suggest otherwise.