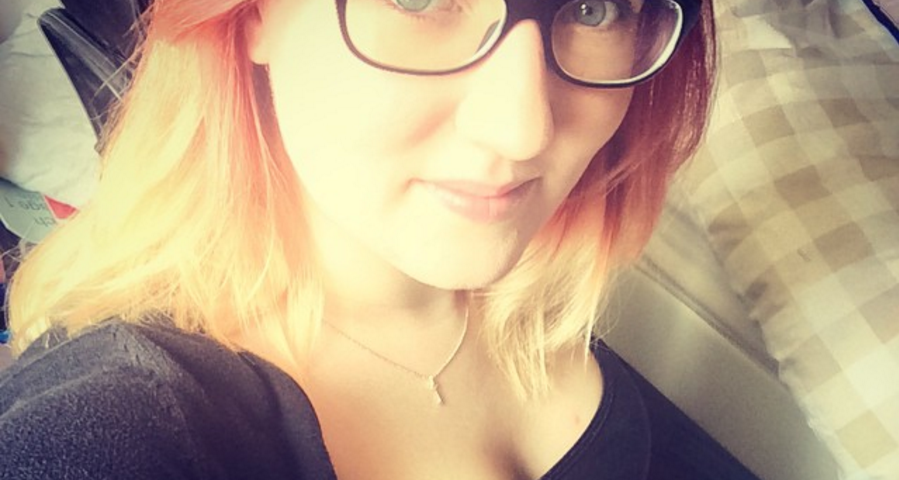 It was an expensive and damaging venture

Over the course of a few years, what started as a fun colour change for fresher’s week turned into an expensive, epic saga.

Upon finishing sixth form at a school where dying your hair would result in immediate suspension, I rushed out and had my brown tresses altered to a rich pillar box red. “Are you sure? You’ve got natural blonde highlights!” implored the stylist, but I would not be deterred. I was delighted. To 18-year-old me, this represented freedom, rebellion, and a new chapter of life. Through fresher’s week, I was instantly recognisable as “that girl with the red hair” and I relished my new identity, even if wearing green now made me resemble a Christmas tree.

En route to a #photoshoot with @rebexelizabethtate ?

However, I quickly learned the downside to dying one’s hair. Maintenance. By the end of first year I was starting to get fed up with my roots constantly showing through, and the inevitable fade after washing. I contemplated going dark, to better blend with my natural mid brown. Getting hair dyed professionally doesn’t come cheap, and with good reason. Box dyes from the chemist can’t necessarily cope with layering colour, and often don’t turn out like the picture. Incidentally, the hardest colour to get rid of? You guessed it. Red. A dark dye over the top rapidly gave way to patches of red showing through. I pretended it was intentional.

Over time, I decided that maybe blonde could be my thing. I’d been watching Game of Thrones, and fancied myself a mother of dragons. Incidentally, Emilia Clarke wears a wig costing around $7,000 for the show. That long, thick platinum blonde look is almost impossible to achieve for most people without it either being their natural colour or using lots of extensions.The reason for this became evident once I started going blonde myself. Bleach ruins hair. Completely destroys it. My hair became dry and breakable over time, with each trip to the salon making it worse. The other dangerous thing about blonde is it’s a slippery slope. There’s always the temptation to go just a bit lighter, a shade more platinum, until you wind up with a sort of pale blue glow.

Throwback to my #blonde hair!

Eventually I had to give up on blonde, my hair couldn’t cope. So I went back to what I knew best: red. It turns out though, that once you bleach hair it dries out and doesn’t hold colour so well. So red quickly became pink. I’m not a big fan of pink, and certainly not sprouting from my head. As the bleached hair grew out I wound up with a kind of accidental ombre. Once again, I pretended it was intentional. Realising it didn’t look at all intentional, I had the ends turned blonde again, admitting defeat at getting them to stay red. Eventually the blonde ends needed to be cut off so my hair could be one colour again, as the hope of ever getting them to absorb dye was long gone.

I was back to square one, with red hair I couldn’t get rid of. I decided enough was enough and went to get a proper colour correction. In the first consultation, the stylist looked at my hair and sighed, tutting at the amount of dye packed onto it. I was given strict instructions. Go away and scrub it every day for a couple of weeks with Head and Shoulders, which will strip as much colour out as possible. Then we’d see what could be done.

Dutifully, I used my boyfriend’s shampoo for a couple of weeks. Even on the months old dye, you could see colour coming out into the water. Thankfully I managed to avoid the last resort, which would have been to apply Fairy liquid to my head. After all this, I was rewarded by finally saying goodbye to the red, getting a colour that won’t look ridiculous as my roots come in. Colour correction is, however, expensive. It can set you back anything between £150 and £300.

So, if you’re considering dying your hair a mad colour, and like me you’re not keen on waiting years for it to just grow out, then be warned. It might be more complicated – and expensive – than you think.