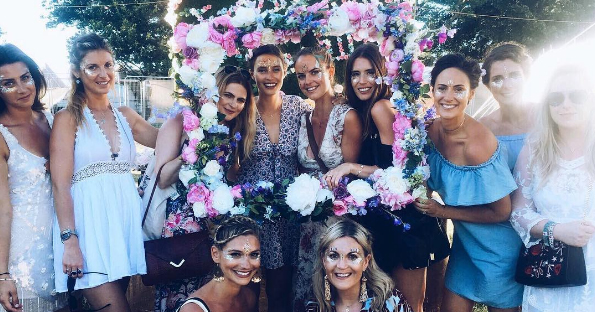 These photos show how beautiful Wilderness was

In case you missed it, the weekend just gone was Wilderness festival. Taking place in Oxfordshire, it’s won several awards, and attracted thousands of people over the weekend for the fifth year running. A bit like a lesser known Secret Garden Party, Wilderness is boho, upmarket and classy, but still manages to stay edgy. You can get a massage by a lake, eat gourmet food, and then crash into a tent completely off your face after a DJ set a few hours later.

If the pictures below don’t show you how high-end this festival is, even Mark Carney (governor of the Bank of England) was spotted there wearing a glitter tattoo. Wilderness put on a huge spread of stuff to do on the premise of getting away from the bustle of everyday life for an escape in the countryside. Music acts ranged from the likes of Robert Plant to DJ sets to karaoke stages – there was something for pretty much everyone, as well as debating tents and theatre and dance acts.

They offered outdoor activities like swimming and rowing, and put on workshops in stuff like yoga and crafts. From weaving to a yoga session with drum and bass DJ Goldie, you could do it at Wilderness. They also held banquets, and brought in top chefs and food bloggers to serve up amazing food for festival-goers. All in all, it looked to be a pretty insane weekend, hailed by its organisers as a cultural journey.

Here are some of the best moments:

The fun and games of another vintage Wilderness…. ❤️ #clubhouse #wildernessfestival

If you want a classy festival, Wilderness is for you. Boho vibes, glitter, banquets, an epic food scene and a whole lotta wellness. We're talking paddle board yoga on the lake, massages & more. What an epic place this is. Are there anymore really beautiful festivals anyone would recommend? This is heaven, exactly what I want my wedding to look like one day ?