I met a real life conman on holiday

Two days ago, I arrived in a youth hostel in Amsterdam, with my best friend ready to spend a week getting fucked up and taking in some culture. We were staying in a dorm room of about 20 people but one man was the most eager to be friends.

A man of about 40 began talking to us. He wore glasses, was a bit overweight and spoke like only people with their tongue up The Queens arse would speak; the poshest voice I’ve ever heard – and I’m from Kent, the posh wanker heartland of the U.K. He told us he was travelling and staying in places like this because his friend told him he had ‘no idea how real people live’. I later pointed out to him that real people don’t have the luxury to just pack up and travel which should be his first ‘real life’ lesson. But at the time I was friendly. 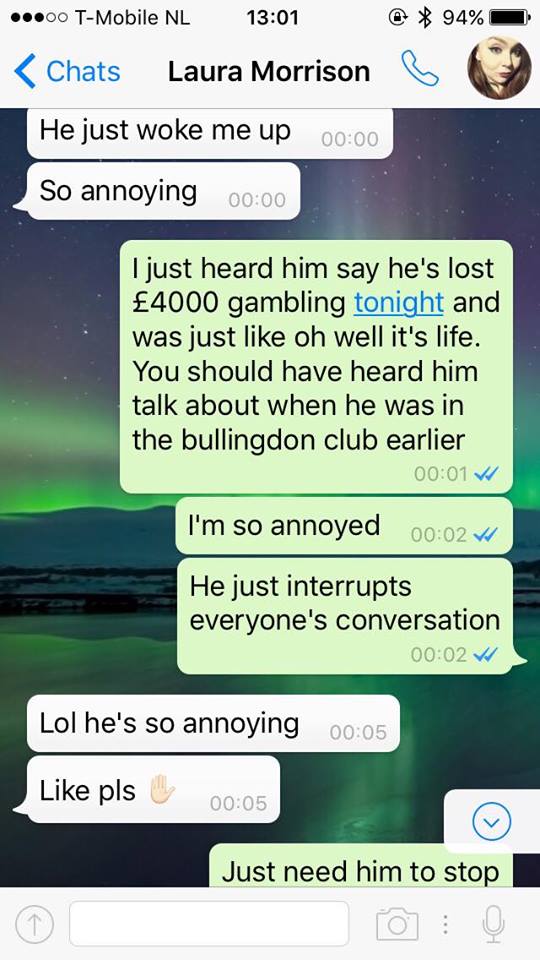 My friend and I were debating whether to get a locker and he said to us “yeah I’d understand why you would get a locker but just for peace of mind everyone is very friendly in this dorm, I accidentally left my wallet on the floor the other night, came back and it was still there so you don’t need to get one really”. We got a locker regardless, because although everyone in the room did seem friendly, you never know and I’m too broke to be losing shit.

Some of the boys in our room were talking about how they were off to Berlin next and how they were desperate to get into Berghain. Richard, as he had now introduced himself, chimed in that he’d been to Berghain three times because his father’s former footman was a bouncer there and he could get them a password to get in. In fact he then appeared to email said contact and gave each of the boys an individual password. It seemed like he was too good to be true.

Then he told us how he worked in tax avoidance and it being a room full of broke student travellers we all immediately argued with him about how tax avoidance was morally wrong and how we could never agree with it. He asked what I was doing and I told him I worked in a minimum wage job having recently graduated with a Politics degree and would be going into postgraduate study. He explained that there were tax credits available to me and that if I were to email him in six weeks when he returned to London he would do my taxes free of charge so that I would get four grand back. The guy even gave me his personal email address so I could do so. 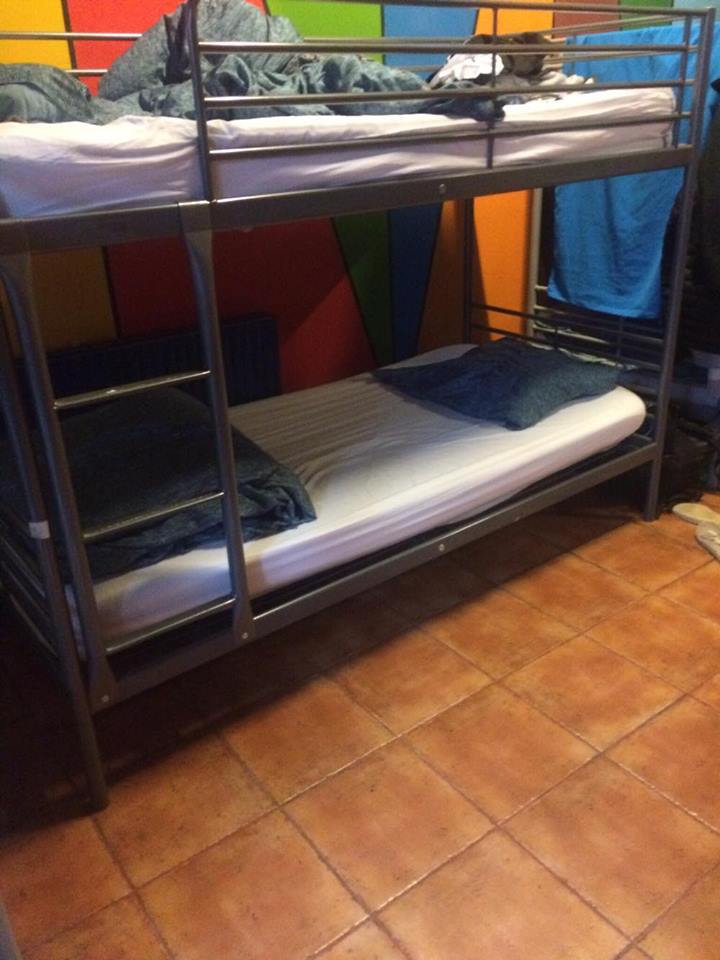 Sure, the behaviour was odd. But I’m broke, and you meet some characters travelling. Perhaps because of his reassuring accent and how knowledgeably he spoke about the topic rather than be suspicious, we brushed it off and ignored him. Instead we went out to totally experience the Amsterdam culture and get baked in a coffee shop, laughing about this posh weirdo we’d met.

When we got back he was chatting to another group of young people in the room who were getting drunk ready to go out. I overheard him tell tales of when he was in the Bullingdon Club, apparently he was four years younger than Cameron so couldn’t comment on whether the pig head incident was true but he wouldn’t be surprised because that kind of behaviour did go on, and one initiation he had to do was to spend £20000 in one night. It all just sounded like traditional posh wanker stuff.

As the group in our room gradually got drunker and were about to go out they debated what to bring with them. Richard told them they wouldn’t need club entry and they’d get by on 20 Euros. At this point he’d been chatting to them for four hours. They’d heard every aspect of his life – from his degrees at Oxford and Harvard in Art History and Law, to his strong Anglican faith and hatred of Princess Diana, to his membership of the Freemasons, to his brother and property in Fiji. They felt like they knew him. Hell, I wasn’t even chatting to him at this point and I’d overhead enough about his life to publish a short biography. It was too late for them to get a locker and so they hid their money in their cases and went out. Richard assured them he would be there all night and that there was CCTV in the room so they’d be safe.

When they arrived back at 6am, I was woken up by the sudden outcry. Everyone who had spoken to them discovered all their money was gone. A phone was missing. Another boy lost a MacBook, passport and wallet. Others around the room began to wake up and realise they had stuff taken. And Richard Mountjoy was nowhere to be found. The hostel staff reviewed the CCTV and it was too dark to see anything in the room, but the corridor footage showed Richard leaving at 4am with two backpacks. The people whose stuff had been stolen went to report it to the police but were told that it was highly unlikely without a picture or a real name we would find him. 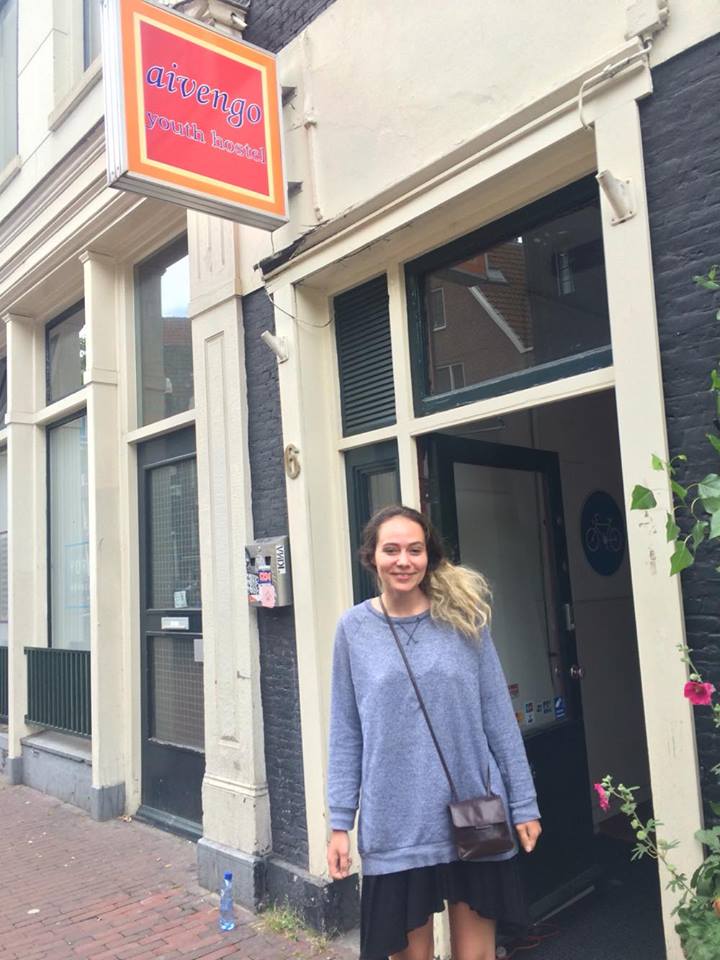 However, then we did some group detective work. Googling Richard Mountjoy didn’t come up with much, but pages down on google we found a bunch of articles about his release from prison under his real name. The sites called him a ‘high profile confidence trickster with narcissistic tendencies, with among two dozen known aliases’. Among these aliases was Richard Alexander Mountjoy, an upper crust English gentleman who claims to have degrees from Oxford and Harvard, be employed in the tax industry and with links to the church. We all looked at the picture in shock. This was our guy.

The guy apparently preyed on backpackers and had even been convicted and spent time in prison. The prison system had seemingly done little to change his ways. Although we reported our findings to the police, the crime was petty, and except for relying on insurance, none of us hold out much hope for getting any of the stolen belongings back.

Looking back on it, it seems ridiculous no one twigged he was shady. The clues, like when he tried to convince us not to get a locker and convincing the others to leave their money just seemed subtle in the moment. And his backstory was so detailed, but about things we couldn’t possibly question. I don’t know the first thing about tax avoidance or Harvard or footmen. None of us did. 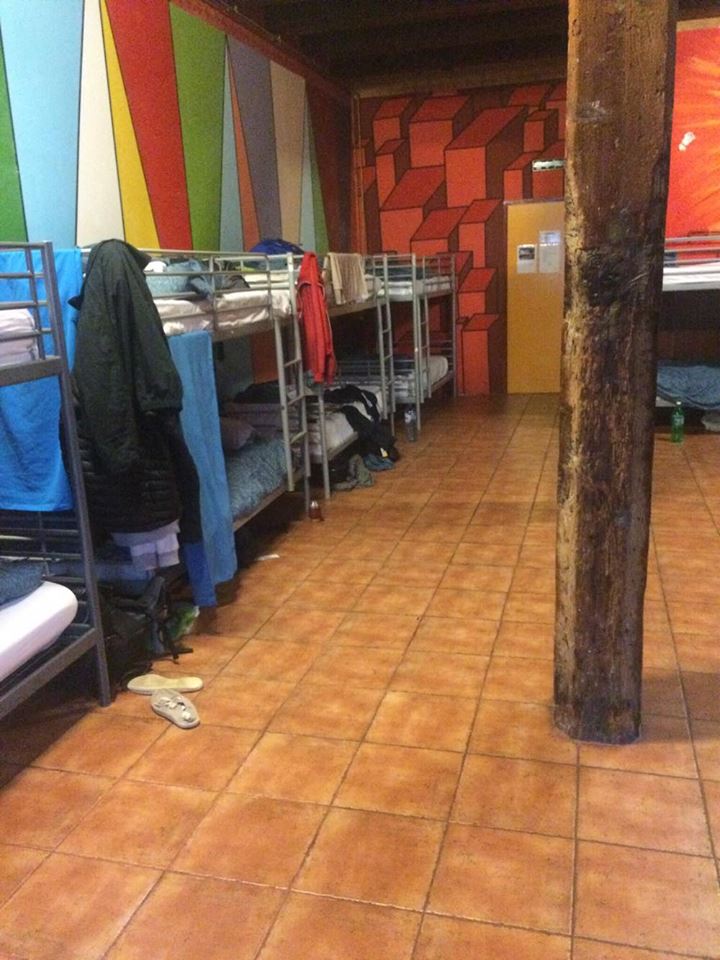 It seems stupid now but he honestly gave an Oscar worthy performance. He had answers for everything and never once dropped his fake accent, plus his stories had glimmers of truth in them so it seemed real. I was lucky not to have anything taken. He fooled us all with the Richard Mountjoy persona and is now probably in another hostel running the same scam with a different character. Please just be careful. Apparently not everyone is who they say they are.