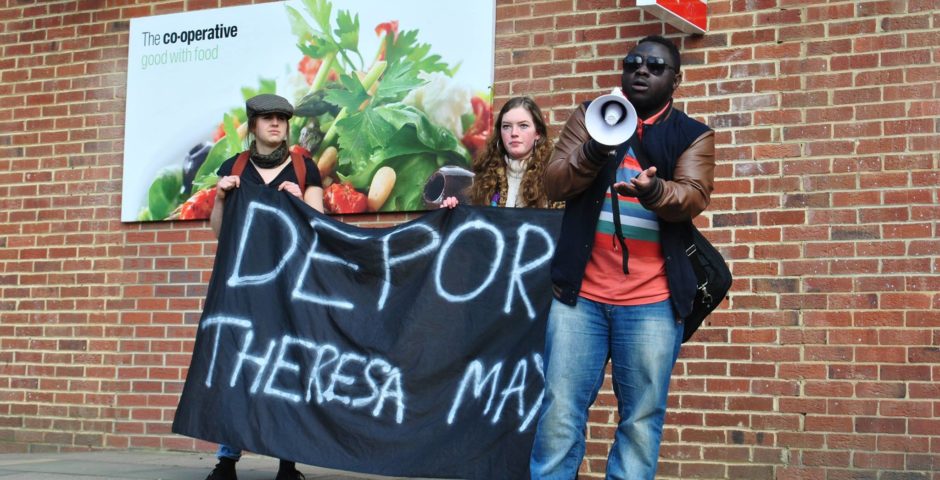 I’m fighting a fatal liver disease, but Theresa May still wants to deport me

In 2009, Luqman Temitayo Onikosi was diagnosed with chronic liver disease caused by Hepatitis B. At this time, he was in the middle of studying Economics and International Relations at Sussex University. After graduating Luqman got a job at the Nigerian High Commission in London, until 2012 when his illness left him temporarily unable to work.

He then submitted an application to stay in the UK on medical grounds. He says the treatment for his liver disease isn’t available in his homeland of Nigeria – and he would die if sent back there. It was rejected. At the time, Theresa May was in charge of immigration.

With the help of a lawyer who took on his case for free, Luqman launched a fresh appeal to stay. He returned to Sussex to complete a Masters in Global Political Economics. In May 2015, he was just putting the final touches to his dissertation when he received a bombshell email.

“I got an email from the university saying I could no longer participate with my studies because the home office demanded that they should stop my studies. They said they had no choice but to withdraw me from my course”.

Luqman says he wasn’t notified of his deportation until a staggering eight months later in January 2016. In the meantime, he describes how his life was turned upside down as the university revoked his student status and immigration contractors started phoning him.

“The university stopped my internet access, stopped my library access and all the things that would allow me to do my dissertation. Meanwhile, I was getting phone calls from immigration contractors, calling me to ask me to report to the police station. I was like I don’t know what you’re talking about. How can I go to the police station when the home office hasn’t even written to me? And this woman was basically reading from a script. She was telling me the police were going to arrest me and going to detain me”. 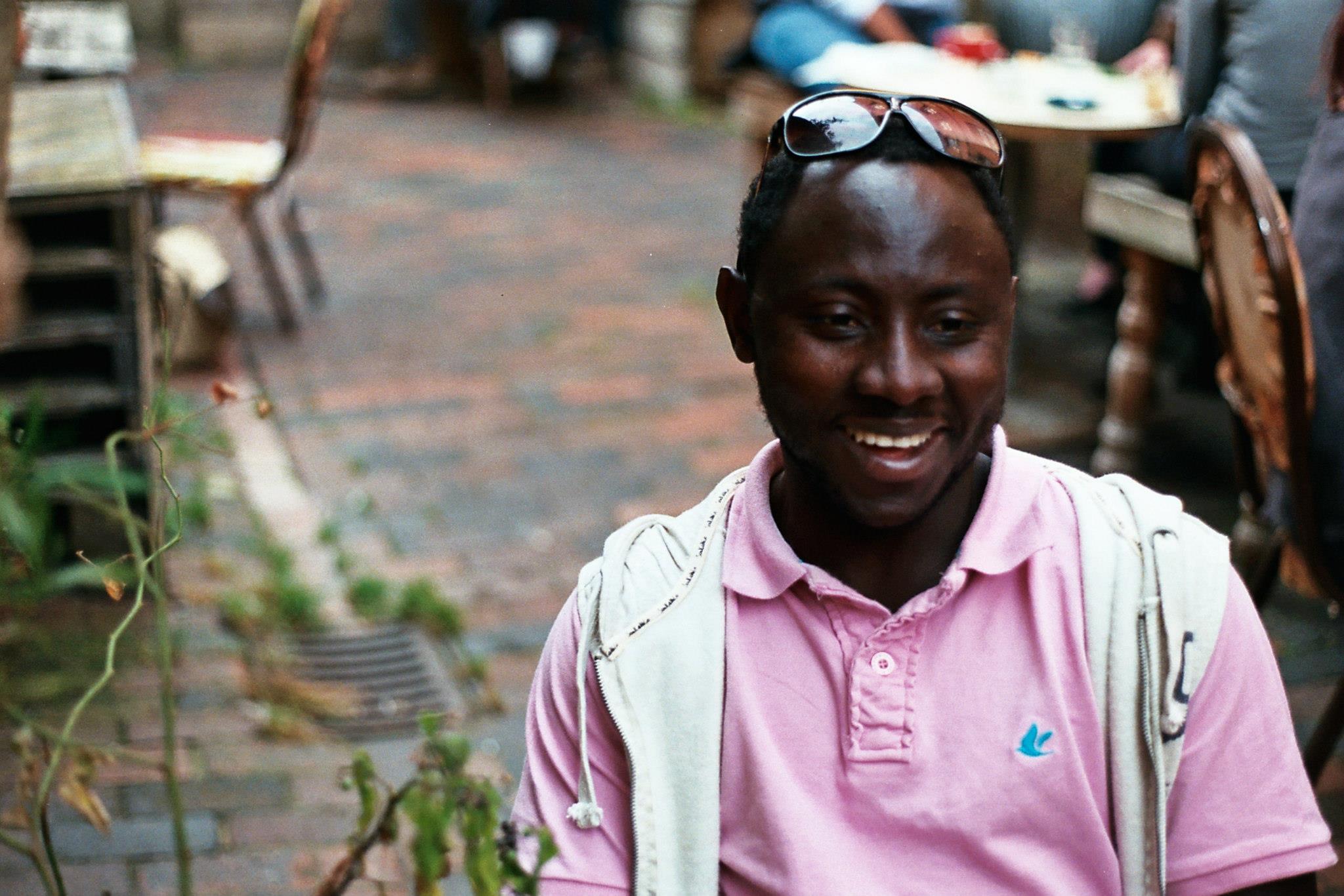 The University of Sussex is refusing to award him his masters, despite him completing his dissertation. He says he feels exploited by them.

“The day I submitted the dissertation I went to the university and I found it just left on the shelf. My supervisor told me ‘sorry I can’t mark your dissertation’. All the talk about academic freedom of thinking and standing up for the right thing just flew out of the window. Now you can’t even stand up for your own students”.

“I really wanted to see if I could talk some sense into the chancellor’s head. I tried to give the flyer (highlighting Luqman’s case) to the chancellor to read, but he wouldn’t take it because he claimed he had too much in his hands. Before I knew it, I had so many security around me trying to take the flyers”.

He says he was particularly upset by the response of academic staff, including the head of his school who he says ignored him during the protest. “I was standing there and they all basically ignored me. And this was the graduation hall, where I was studying.  I’m cutting my ties. I’ve cut them so many slacks. This time I want to embarrass them as much as I can”.

When contacted about the incident at the graduation ceremony, Sussex University said Luqman should have presented himself to the graduation team earlier if he wanted them to listen to him.

“Graduation is an extremely busy time and as a result, proceedings are managed to a minute-by-minute time frame.  At the event, flyers were received by the Vice-Chancellor as well our security staff, which were passed on to the relevant people.” 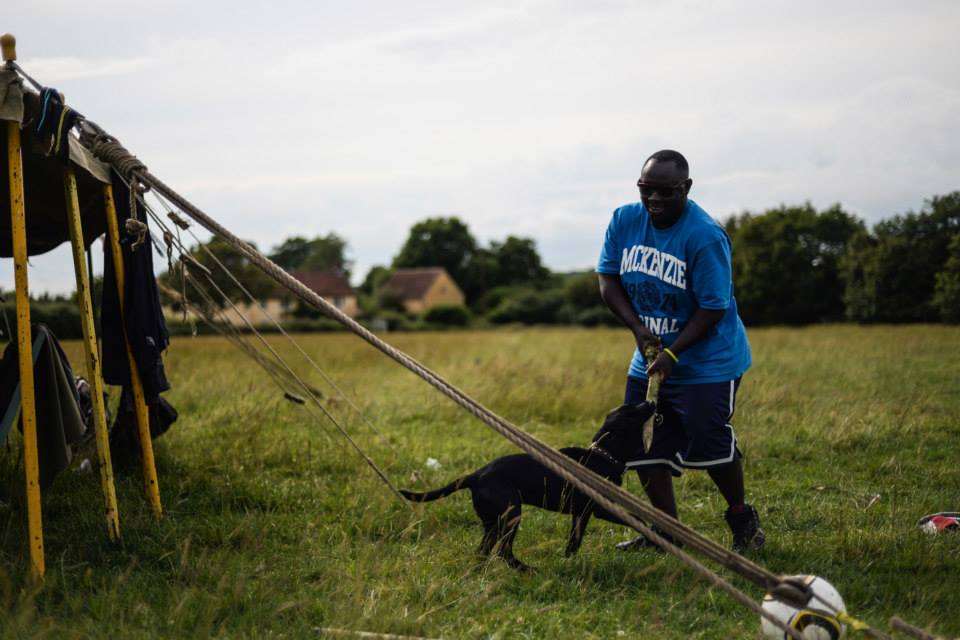 In the meantime Luqman has to live day to day with the prospect that at any time he could be arrested and sent back to Nigeria, where he would ultimately die. Despite this, he refuses to give up and has even found time to voluntary lecture at The Free University of Brighton.

“I still believe that there are people with conscience and humanity in UK society and we can beat this immigrant rhetoric and fascism and all that. There are lots of international students out there who are terrified of speaking out because they think it’s going to make their case worse”.