Meet the mallies: The best of the best of male feminists

‘Feminism, for me, shouldn’t even need to exist’

The sunnier side, the better answer to trollish meninists, male feminists are the mallies actively trying to find better ways to support women and fight the cause. Here, they explain why it matters to them. 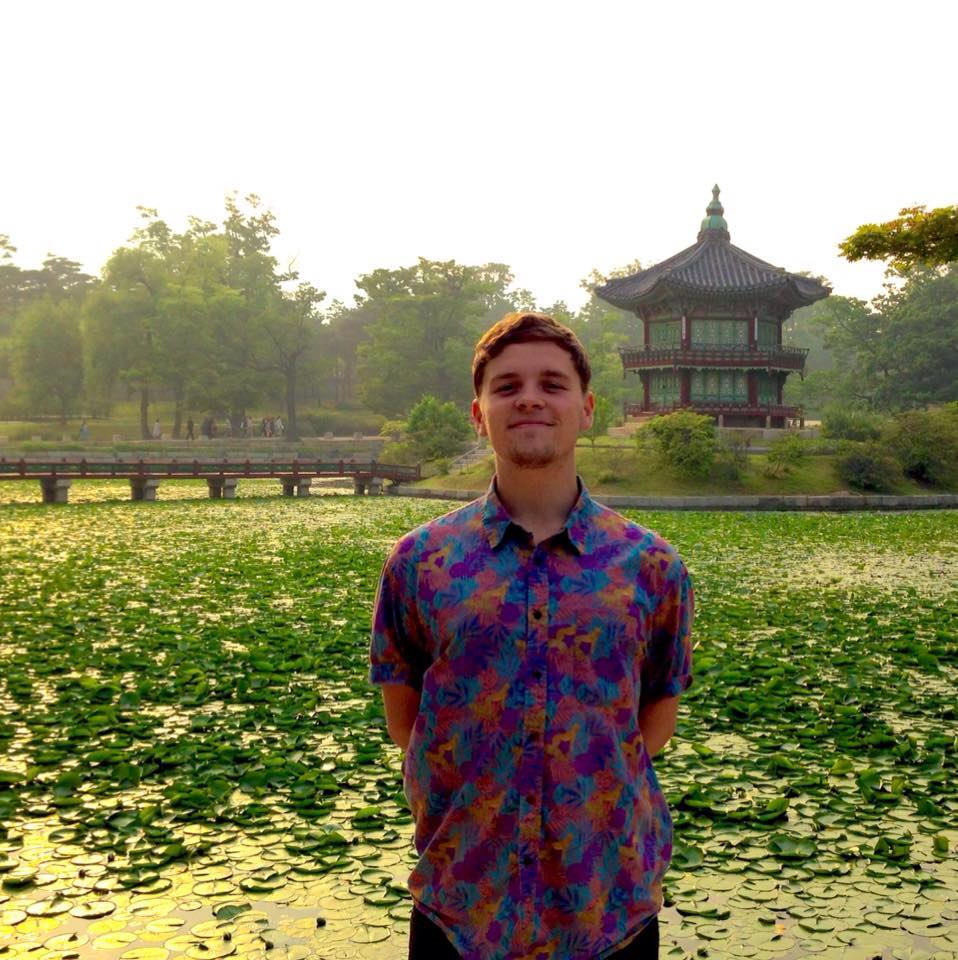 I consider myself an egalitarian. I would define feminism as try to create equality for all by promoting women’s pay, safety and position in society whilst demoting harmful and disrespectful attitudes. When a guy tells me that he’s not a feminist I think either he doesn’t understand the meaning of the movement or he feels threatened by it. Feminism poses a threat to the status quo of our patriarchal traditions and I would guess that many people would say that ‘if it ain’t broke then don’t fix it’ without realising or acknowledging the flaws and imbalances between genders.

I think it’s a shame I should even have to self recognise as being feminist, I am shocked daily by the reality that many people, men and women included are ignorant to what seems to me to be downright basic human intelligence, why would you not be feminist? Feminism for me, should not even have to exist, I find it appalling that there needs to be active retaliation to the oppression of gender. I define feminism as a fight to not need to have such a word, to describe sexist struggle, in my opinion feminism fights for the eradication of the need of the word itself.

I think many men who say they aren’t feminist think they can do more than women, so why should we be equal? That sort of bullshit. This delusion gives a fair amount of men confidence in themselves, that no matter who they are they are some superior sort of person simply because they possess a dick, well done mate. I think less of a man who thinks less of a woman. If you are so prepared to disregard and support the plight of others I will not support you, I like to think that I don’t have to associate with such people. 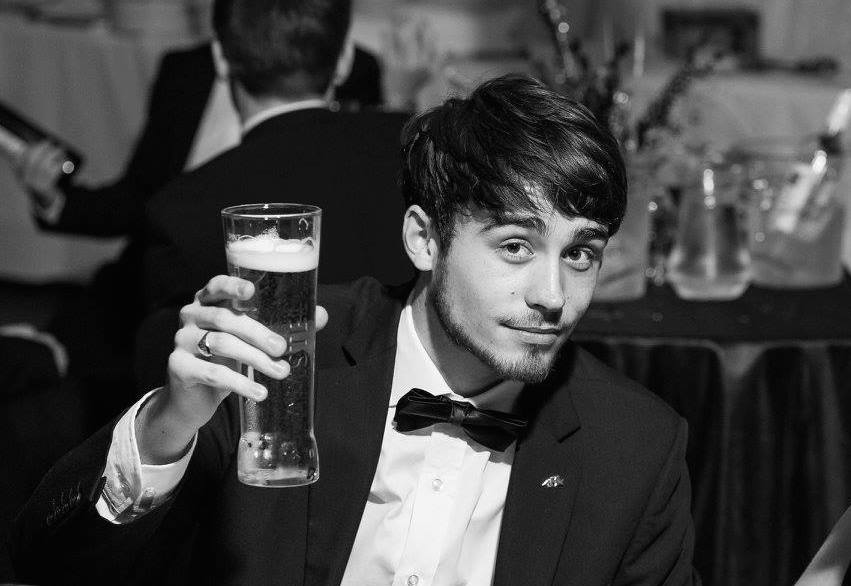 To those that say that women bang on about it – I went on holiday with a group of friends recently and conversation at one point took direction towards instances of sexual abuse, rape and sexual predation by men towards women, in our group of maybe 10, a horrific amount of equally disturbing instances that could be counted, as having happened directly or indirectly to the people in the group. Never once have I had to worry about any sort of menacing self entitled women assuming themselves to have a right to have sex with me, never once have I felt scared that if I don’t relent that I might incur more dangerous consequences. These stories never fail to make me feel ashamed to share a gender with such people.

That’s why women ‘bang on about it’ because you are a cunt mate, how dare you think you are god’s gift to women, with a right to sex or any other sort of superiority, throwing your weight around. Unfortunately such instances seem to be lost on so many men, I think a large part of why men might not be feminist is because they are oblivious to the daily insults faced by women.

The best thing you can do is live with full appreciation of the oppression that takes place and be ready to defend women’s rights. Treat others as you would want to be treated and do your best to recognise the duty of a male feminist is the same as a female feminist. 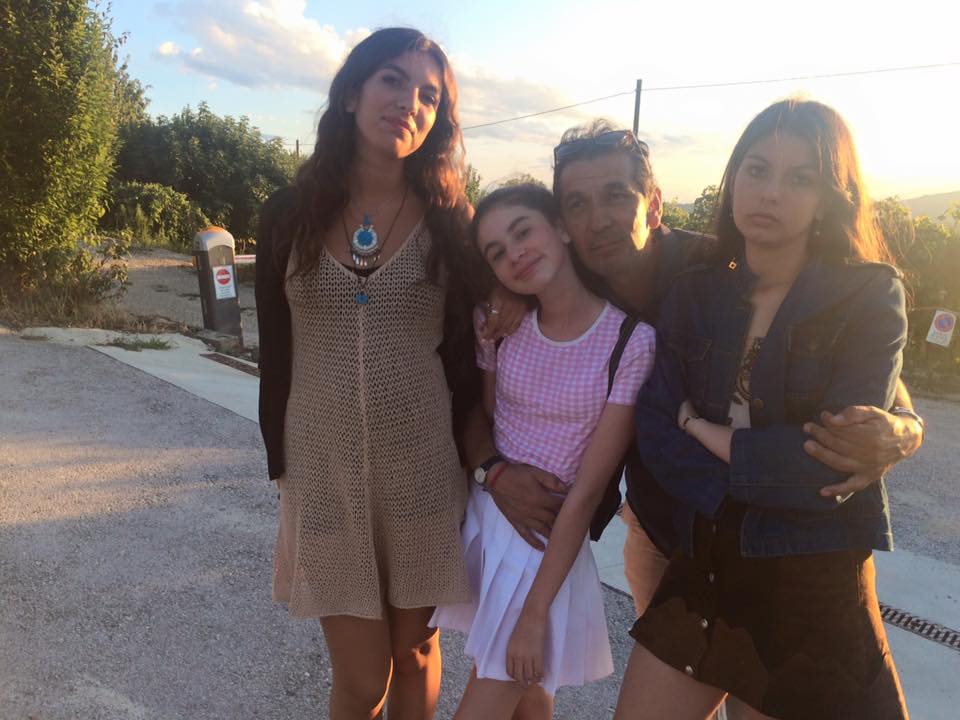 Feminism is too much a bracketed term. Although I strongly uphold the accepted view of women as truly equal to men in all terms, feminism can also imply superiority to men in some cases just like machismo, but I do consider myself one in the same way that I consider myself a humanist.

We live in a male-dominated society and men have a sense of entitlement. Anything that threatens their status quo would be seen as precisely that (a threat). They like to have it as it has always been, power vested to men. I come from a macho-driven society but one in which women are also strong, so a matriarchal one too. The nicest thing I have done for a woman is to consider her my absolute equal.

I think where there is a problem is that a society never takes calls for change well. It has always been easier to attack the people calling for change than to admit that change is needed. So when the first women called for their rights, the reaction was to brand them as troublemakers and, as the movement continued ‘man-haters’. These labels lasted a very long time, they still have not completely died. I think the reluctance to call oneself a feminist then, is usually a reluctance to take on the negative weight the word itself carries with it. Ask people today if they support equality, they will most likely say yes but ask them if they are feminist and you will likely get mixed, hesitant responses. I think this is something both women and men struggle with today, but men in particular. 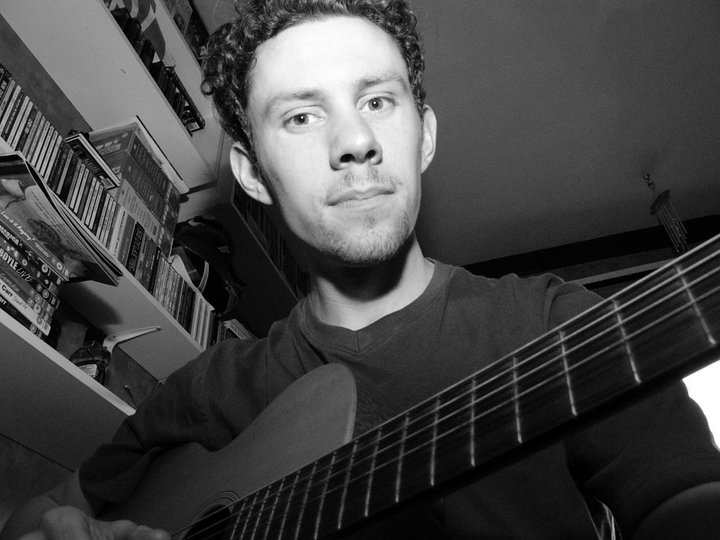 I think the biggest problem is the so called ‘everyday sexism’. I think many people don’t see sexism in its less obvious forms, so will occasionally face more personal rebukes. When mass media, i.e. national newspapers are awash with sexism daily, it is still seen as normal by many and calls for change are met with the same obsticles as before. I think the modern male’s challenge is to be aware of sexism in all its forms and to constantly rise above it. It’s becoming harder to distinguish between what is socially acceptable and not, what is sexist and not. And with the internet, conversation has increaed and there is such a mass of activity on this subject. Overall, this is a good thing but I can see how it might make certain people feel that they are under constant attack.

I try to engage people in conversation and listen to their stories. Something I have come to see more and more is that sexual abuse is surprisingly common although rarely reported. Where I can listen I do and where I can offer further assistance and advice, I always try. 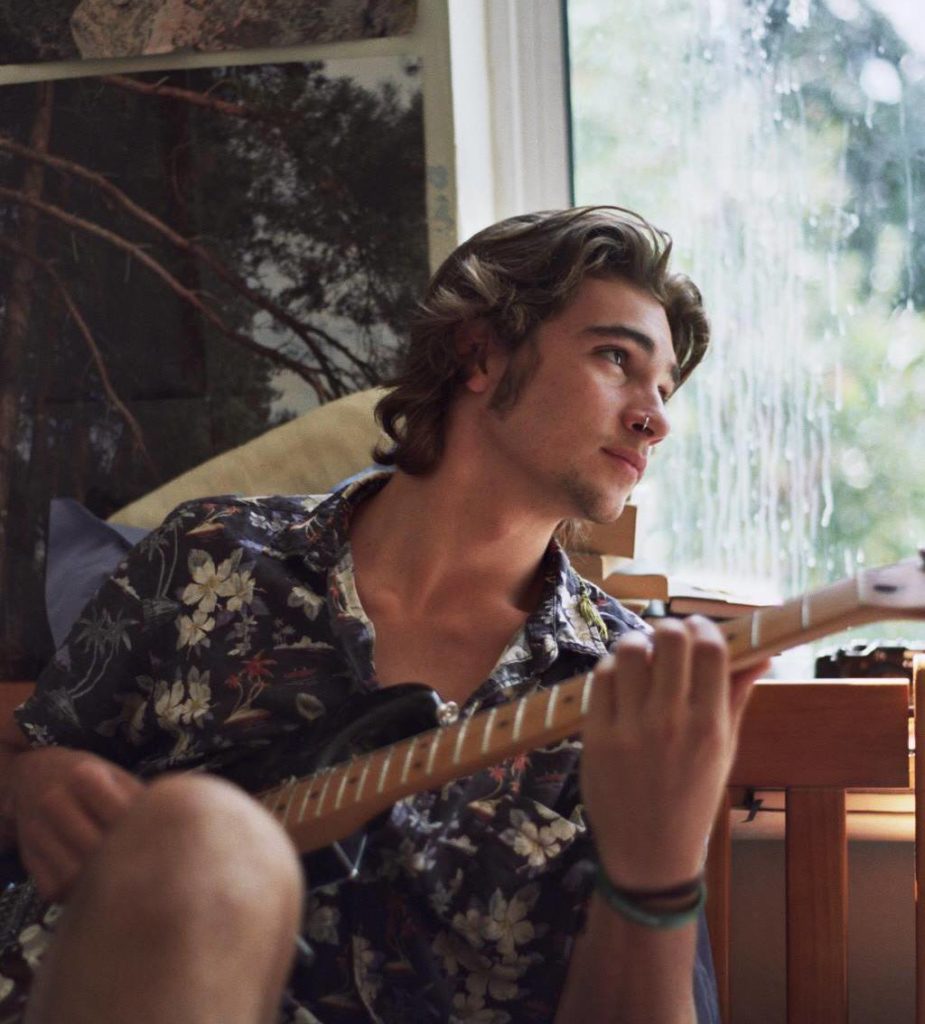 I would consider myself a feminist. I see feminism as a movement that believes in unwavering equal rights between men and women, and as one that I consider myself a part of. Guys who aren’t feminists are a) bigots or b) don’t understand what feminism actually is, due to a lack of interest in the subject that to be honest, probably stems from them being overly comfortable with them being apart of the patriarchy. So b) eventually comes a) at some point! I try to consistently treat women in a fair way, just like I treat men.

Being a feminist is black and white, you are one or you aren’t. You believe in equality or you don’t. Sure, there are areas of all movements that people believe in more strongly than others but at its core, that’s what it’s about. It’s about giving women the same opportunities and the same rights that men take for granted. For years women have been oppressed in some way, it’s built into our culture, with terms like housewife and stay-at-home mum being the norm for centuries.

It’s unbelievable to think that 100 years ago women couldn’t have a say on vital issues in parliament (1928), even those that concerned them, or that a woman couldn’t be in a position of power (1918) or own their own property without being married (1925). Now our issues are different, the gender pay gap, domestic violence and rape being just a few, but still just as important to stand up against. Feminism is more than the issues though, it’s about the way we treat each other, not discriminating based on gender but above all it’s about the respect we have for each other. 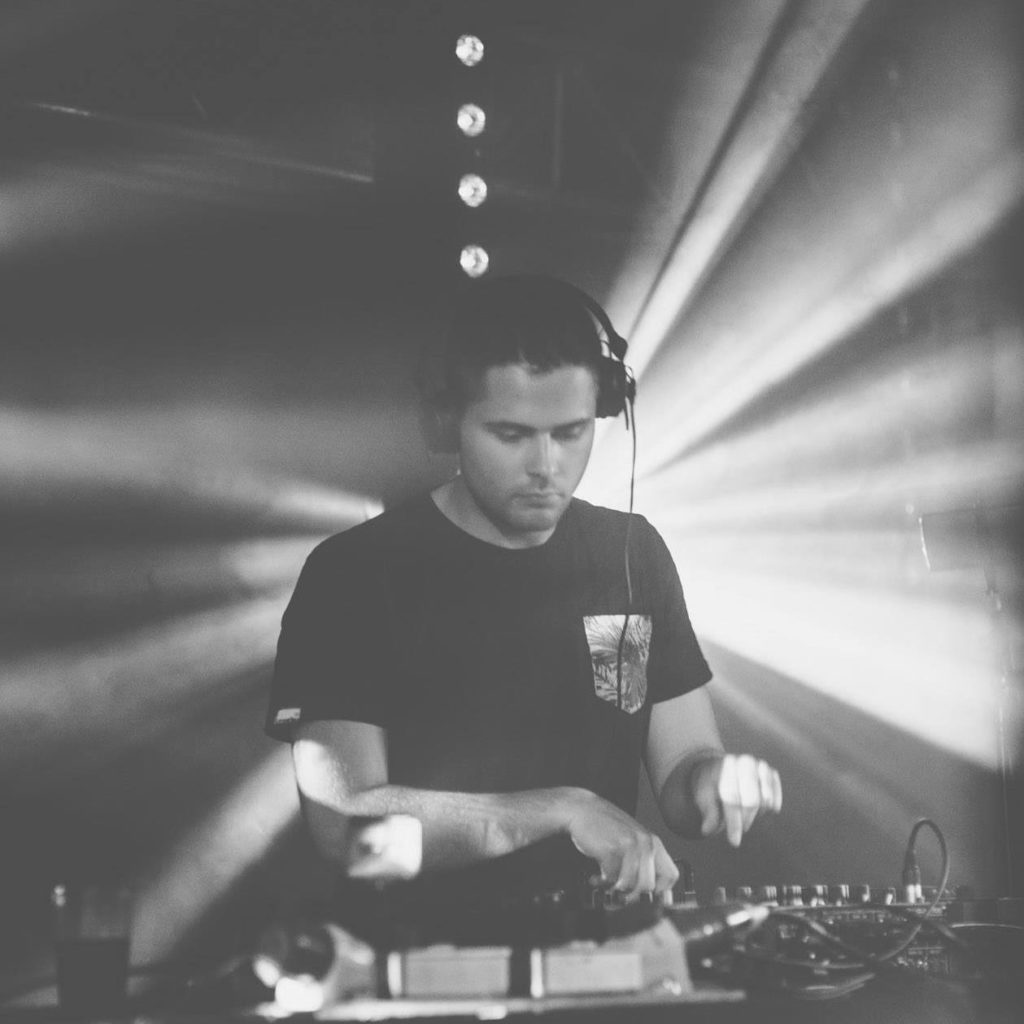 There’s a big stigma surrounding the feminist movement, I think a lot of guys don’t think it’s relevant to them or that they don’t want to be associated with something that gets bad press. It doesn’t bother me what people define themselves as, because it’s just a label, a way to stand in solidarity for the same cause. But I believe the majority of people would agree with equality and that’s all that matters.

Being a feminist is about treating people with respect and not judging someone based on their gender which should also extend to race, sexual orientation and religion. You should treat every person you meet like you would want to be treated by them. We should encourage all women to stand up all bystanders to rise together to stop unwanted behaviour and educate those who are in the wrong as to why they are. 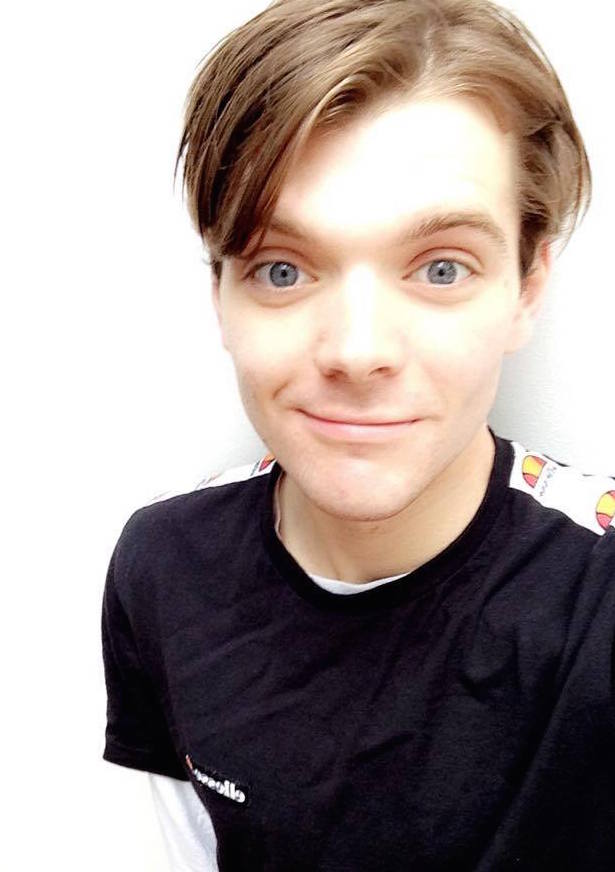 As Beyoncé quotes in the song flawless ‘Feminist: the person who believes in the social, political and economic equality of the sexes’. I think this is the best definition because it shows that feminism is for men and woman. Everyone can benefit from equality. I think men who don’t identify as feminists are stupid. They seem to feel emasculated by openly accepting that they are equal to woman. I don’t think feminism is just for woman but for all of us. I used to do ballet classes as a kid and I’m not ashamed of it. I believe that ballet nor anything else should be considered ‘just for girls’ or ‘just for boys’. 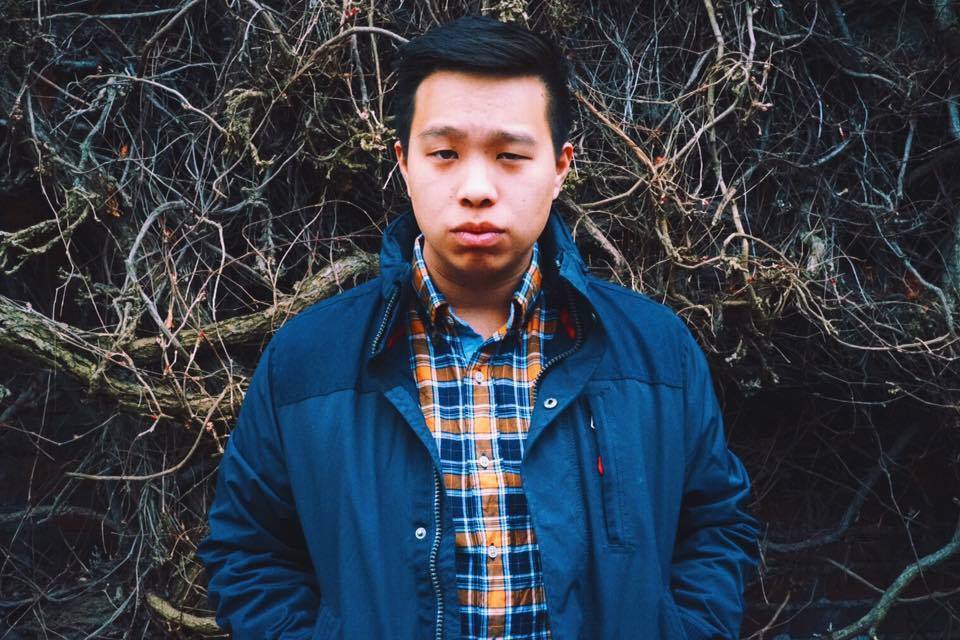 My definition of feminism is simply equality for all, so it annoys me when people hate the word so much. As for male anti feminists, I feel sorry for them because they’re not educated on the issue and fail to see the benefits of feminism. They probably have seen bad examples of radical feminism and are seeing a bad stereotype, so I can’t be mad at them.

I wish guys like meninists could see the bigger picture. I’m always reading up on issues online to try and be a better feminist and stay up to date. I have comforted female friends after being cat called, but in future I’d rather call out the catcallers too, I’m not a perfect man or a perfect feminist but it’s more important to keep learning and growing.