According to a new study, Sheffield is the best city in the UK for graduates.

Sheffield came out first, with the perfect combination of affordable rent, good starting salaries, cheap pints and lots of places to socialise.

London and Brighton were at the bottom of the findings, ranked as the two worst places for quality of life. 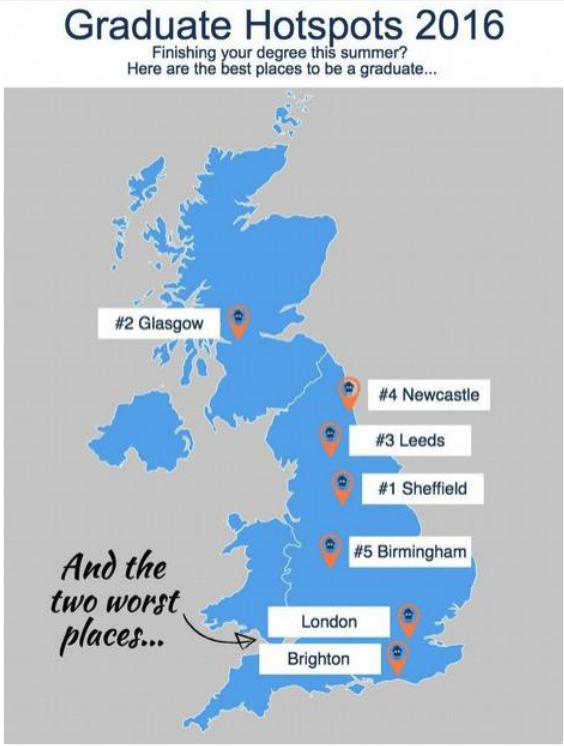 In Sheffield, the average starting salary was £25,000 and the average price for a two bedroom property only £119, 806. The average cost of a pint was just £2.70 and the estimated income after tax, student loan repayments and utility bills was £1,173.99.

Rounding out the top 12 were:

These results once again reinforce the North/South divide and show that although London advocates to be the best city for graduates in terms of employment, its sky-rocketing rental prices undermine its high salaries.

According to these results, Londoners would be left with the least disposable income out of all the cities.

You can see a full list of the different costs below. 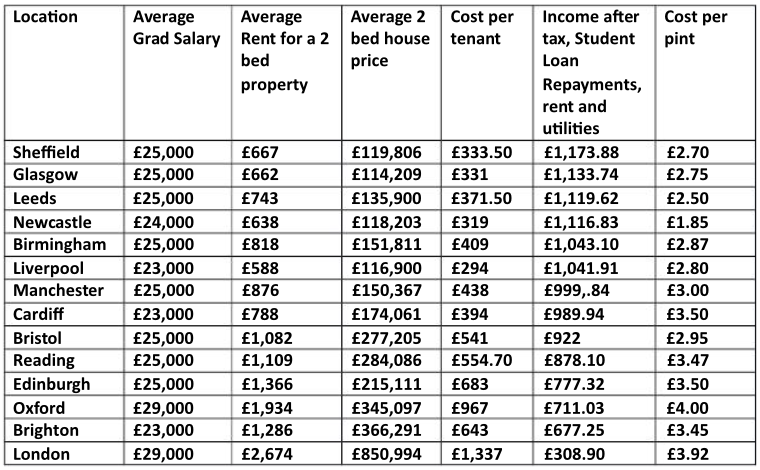