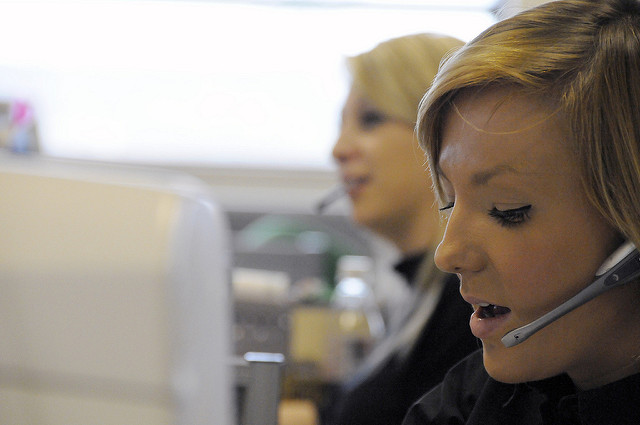 Call centres aren’t the soulless workplace you think they are

Ask anyone who hasn’t worked in a call centre what they think they’re like and they’ll probably describe to you something which resembles a battery farmed hen house except with telephones and computers. However, the reality is that call centres is one of the largest growing industries in the UK. Whilst the attraction of cheap labour from abroad in emerging economies such as India and China are no longer the cheapest options businesses up and down the country have acted on customer feedback about customer service quality and are making the decision to return their centres home.

Working in a call centre really isn’t that bad. Of course, like any job, there are good bits and bad bits, but on the whole they’re pretty decent places to work. Having spent eight years, first working in and then managing, call centres let me give you and insight into what working in one is really like. 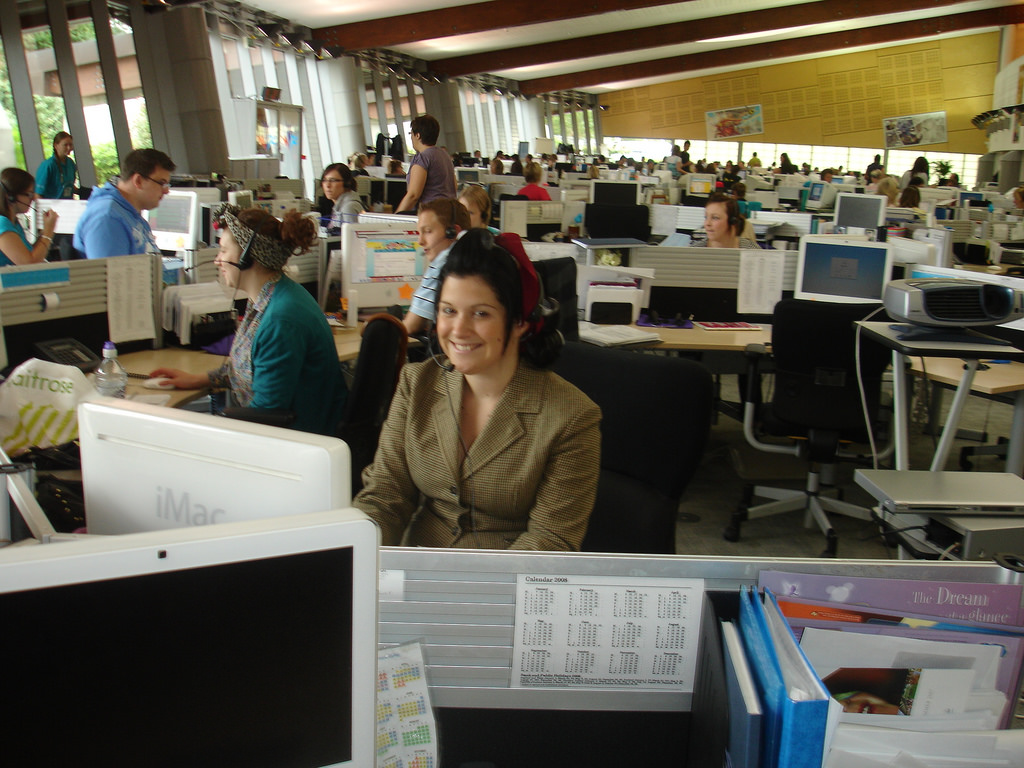 The nature of call centres is that you need to be available when your customers want to speak to you. With the world of work still dominated by the 9-to-5 rat race this means that you’ll need to get used to working early mornings, late nights and weekends. ‘Variety is the spice of life’ as they say, and working various shifts provides you with a lot of flexibility. Yes, OK, you may have to work the graveyard shift on a Friday night but let’s face it even if you finish at 11pm there is still plenty of time to hit up your favourite bar or club.

Resilience will become your middle name

We’ve all done it. Waited in a hold queue listening to the worst elevator music, for what seems a lifetime, only to yell at a call centre agent in rage. You get used to it and you’ll become pretty resilient to the barrage of names and abuse you’ll get called. You never know you may even pick up a new insult or two yourself.

When you’re enduring eight hours a day of the general public it’s important that you have friends at work to vent with. The great thing about call centres is there are usually hundreds of people who work there giving you a huge opportunity to meet new people and make friends. You won’t get on with everyone but hey, that’s life.

The offices are usually pretty cool

Call centres aren’t chicken coups. Actually nine times out of ten they’re usually pretty modern and filled with the latest technology to make your job easier and to make sure you’re comfortable. There are legal regulations requiring work stations to be a minimum distance apart so you won’t be cramped and uncomfortable. There are usually a whole host of breakout room too where you can play pool and table tennis or just watch the TV to unwind on your break or lunch.

Time keeping is the key

Everything you do is timed. From arriving and logging in on time to how long you spend on each call and even how long you take in the toilet. It has to be that way so that call volumes and productivity can be managed. If time keeping isn’t your thing then maybe call centre work isn’t for you.

Stick around for long enough and you’ll probably get promoted

Most people tend to do between 12 months and 2 years in a call centre before moving on to something else which either pays better or offers a different career direction. This means call centres lose good people but it also means those that do stick around have a good chance of being promoted to management. Unlike the graduate job market if you’re skilled, hard-working and play by the rules you’re likely to rise up the ranks pretty quickly.

It’s not the best paid profession but you’ll do alright! You can expect to earn a starting salary of around £16,000 for 40 hours a week, add to this bonuses and other benefits you can expect a total package to be about £19,000. Progress to team management and you can expect to earn up to £30,000 and go on to Operations Management you’ll be earning in excess of £40,000. Not so bad after all.

You’ll have targets… lots of targets

It comes with the territory that call centres are targeted. You’ll have time targets, volume targets, quality targets and potentially a whole host of others. It may seem daunting but once you’ve got to grips with it it’ll be a walk in the park.

Deep down you’ll probably enjoy it

When you actually think about it what you’re being paid for is to talk to people, sat down in a nice office, with nice facilities, and varying shifts enabling you to have a lay in a couple of times a week. Beats stacking shelves at ASDA don’t you think?