‘Someone did a line at 2pm’: The wildest things ever spotted in a lecture

Lectures are boring as fuck. We all know this. Genuinely the only value they provide is that we can moan about them when strikes cancel them.

Earlier this week, a big ol’ lecture-related scandal landed at Surrey Uni’s doorstep. In case you missed it, the Uni was forced to investigate a clip which showed a lecturer kicking a student out for being late, that is until the brave soul walked back into the theatre and won her seat back like the queen she is.

Lecturers need to get patterned. pic.twitter.com/z6DQP5yPFW

Sadly, the clip turned out to be three years old, but we took the chance to ask everyone who read that story for their maddest lecture experiences and the results were far more more hilarious, bizarre, and outright depraved than you could ever imagine.

These are your maddest lecture stories:

“Someone at a Manchester uni did a line of ket at 2pm.”

“A guy brought a prostitute with him, it was Valentine’s Day and the lecture was finishing at 5pm, so he was ready to go do whatever it was he did after lecture.”

“Lecturer threw his coke bottle cap at me. Then proceeded to be smug and sit back… Only to knock the open bottle all over his desk.” 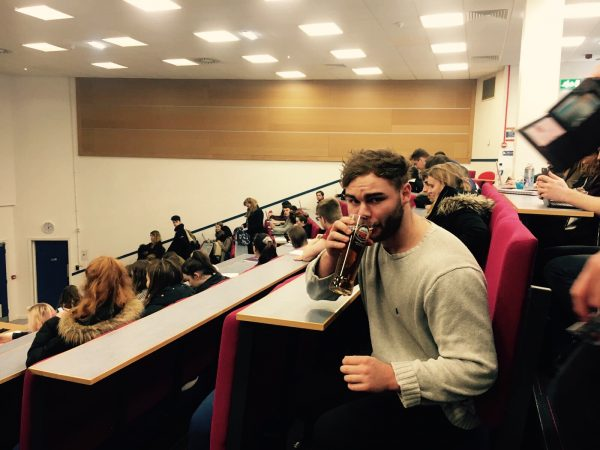 “A lecturer walked down the tables to get to the front of the room.”

“Our lecturer went on a 30-minute rant about how he is a professor and not a doctor when someone in class called him a doctor.”

“Police came in looking for a student who was meant to be in the lecture.”

“Lecturer’s phone kept going off – some tabloid journalist looking for a comment. They kept calling him back every five minutes (through a two hour lecture) until he paused the lecture to answer them.”

“A student snuck out early and the lecturer saw and ran outside to catch them and bring them back.”

“Guy stormed in crying and called his girlfriend out for cheating on him.”

“Someone collapsed and started having a fit on the floor with blood spilling out their mouth. Our politics lecturer didn’t know what to do and started screaming ‘Does anyone know first aid?’. Someone in the lecture did, ran to the person and tried to help and eventually campus security arrived. The lecturer was so panicked and finished the lecture early.” 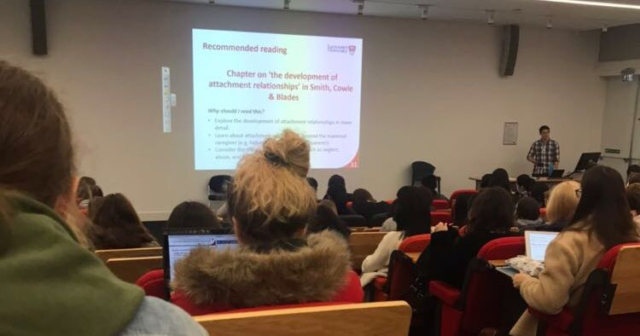 “Girl came in still high, argued with the lecturer, fell up the stairs on her way out.”

“One of the students had her dog in her bag pack the entire lecture and took it out right at the end 😂 the lecturer was confused but didn’t seem to mind the cute fluffy Pomeranian.”

“When a fire alarm went off, the lecturer went off by launching the markers she was holding into the room, hitting one student, and denting the wall in her frustration over the untimely manner of the alarm.”

“Some geez was wanking at the back.” 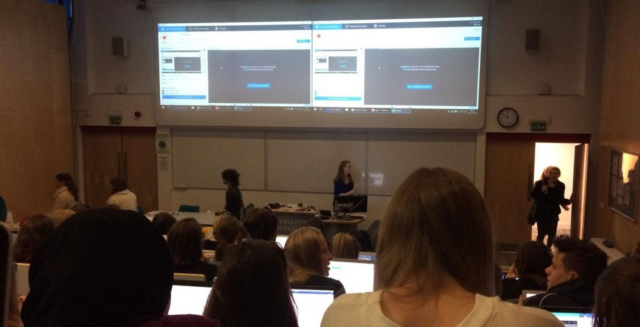 “Someone puked halfway through😂😭🤢.”

“My lecture on sex ethics got moved into a different room, displacing a maths lecture. The lecturer started by saying ‘ this isn’t for the faint hearted, you all know what you signed up for’. The moment he put a comprehensive list of sexual fetishes on the projector, an embarrassed and confused international student – who’d been expecting an introductory maths lecture – rushed out of the room.”

“A goose wandered in.”

“A rat came into the lecture theatre.”

“A guy came in late to our maths lecture and there were no seats within easy access so he vaulted over two benches and stacked it completely.” 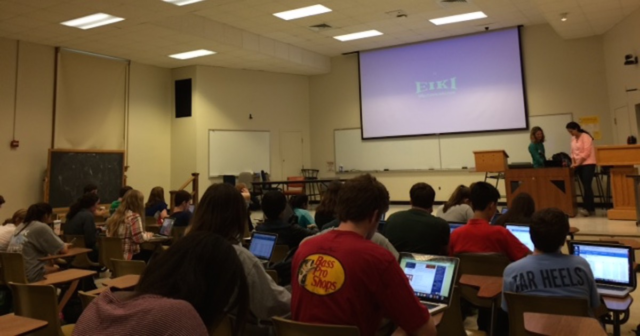 “I was the last person in a lecture and I could see my lecturer eyeballing me and she went on Facebook and said ‘what do I do when a student comes in late, doesn’t acknowledge me and just sits down like a lemon’. The replies from my other lecturers on the post all agreed that I would never find a job in the real world, I’d never be reliable enough to find a job in the real world etc.”

“A student turned up late and lecturer made the whole lecture vote on whether he was allowed to stay.”

“A girl’s Tamagotchi went off cos it needed feeding (she’s 21 and has two of them).”

“We are all healthcare students. Our lecturer fainted and no one did anything for a few seconds, we all just sat there stunned.” 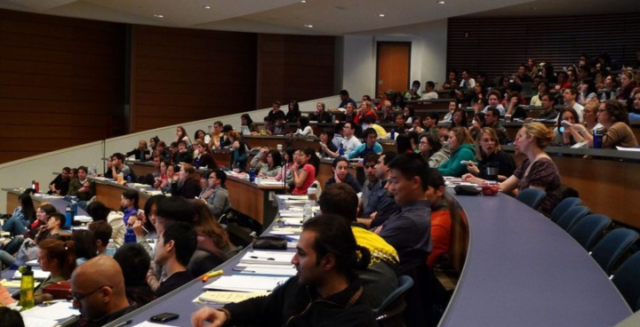 “Two students were singled out by the lecturer and asked to leave because they were talking while she read out her poetry.”

“A lecturer never showed up which ended up in some lads taking over the computer and doing kareoke at 11am on a Thursday. Class sat for the full hour singing High school musical.”

“My lecturer banned us from coughing. She would call us out and tell us to leave if we coughed during the one hour – she was allowed to cough though.”

“Someone got kicked out for drinking a bottle of wine.” 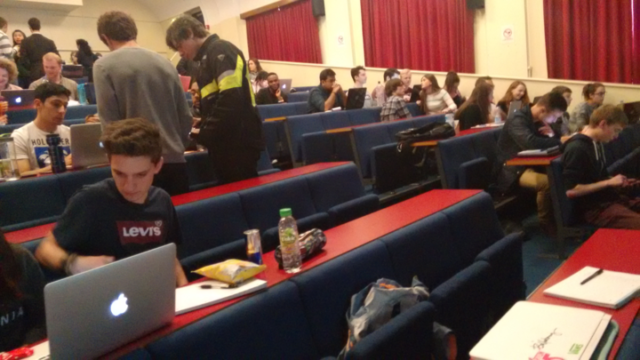 “Someone was sniffing coke to stay awake.”

“My lecturer got out a bin bag and a cabbage and started smashing it up. Cabbage everywhere. Apparently it was an analogy for film theory.”

“Two lads had a lightsaber fight in a lecture while the lecturer left to get coffee during a brief break.”

“A student came in late and the lecturer kicked them out, then the student said: ‘What the fuck did you just fucking say about me, you little bitch? I’ll have you know I graduated top of my class in the Navy Seals, and I’ve been involved in numerous secret raids on Al-Quaeda, and I have over 300 confirmed kills. I am trained in guerrilla warfare and I’m the top sniper in the entire US armed forces. You are nothing to me but just another target. I will wipe you the fuck out with precision the likes of which has never been seen before on this Earth, mark my fucking words. You think you can get away with saying that shit to me over the Internet? Think again, fucker. As we speak I am contacting my secret network of spies across the USA and your IP is being traced right now so you better prepare for the storm, maggot. The storm that wipes out the pathetic little thing you call your life. You’re fucking dead, kid. I can be anywhere, anytime, and I can kill you in over seven hundred ways, and that’s just with my bare hands. Not only am I extensively trained in unarmed combat, but I have access to the entire arsenal of the United States Marine Corps and I will use it to its full extent to wipe your miserable ass off the face of the continent, you little shit. If only you could have known what unholy retribution your little “clever” comment was about to bring down upon you, maybe you would have held your fucking tongue. But you couldn’t, you didn’t, and now you’re paying the price, you goddamn idiot. I will shit fury all over you and you will drown in it. You’re fucking dead, kiddo.’ So that was quite mad.”

“This guy walked in, downed a can of strongbow, crushed it on his head, gave a peace sign and left.”

I Think we’ll leave it there, tbh.