Sexism is everywhere, even when you work in a café

‘Wear the tightest, shortest skirt you own – because it attracts more customers’

The prospect of the long summer stretches ahead and these sun filled exam-free days are full of opportunity. Some students may go travelling, some may go back home to be reunited with their family and some may get a summer job to subsidise their student loans.

That was the option I took last summer. I came back exhausted yet pleased after my first year at university, and stayed in Dover with a school friend where I decided to apply for a job. Luckily the search didn’t prove too difficult, as I was accepted for the third position I applied for. I was the waitress/barista/cashier for a small independent café close to where I was staying. Being the only member of staff, I knew that it would be a heavy workload with long hours spent on my feet and scurrying to and fro. What I didn’t expect was flagrant sexism the minute I walked in the door. 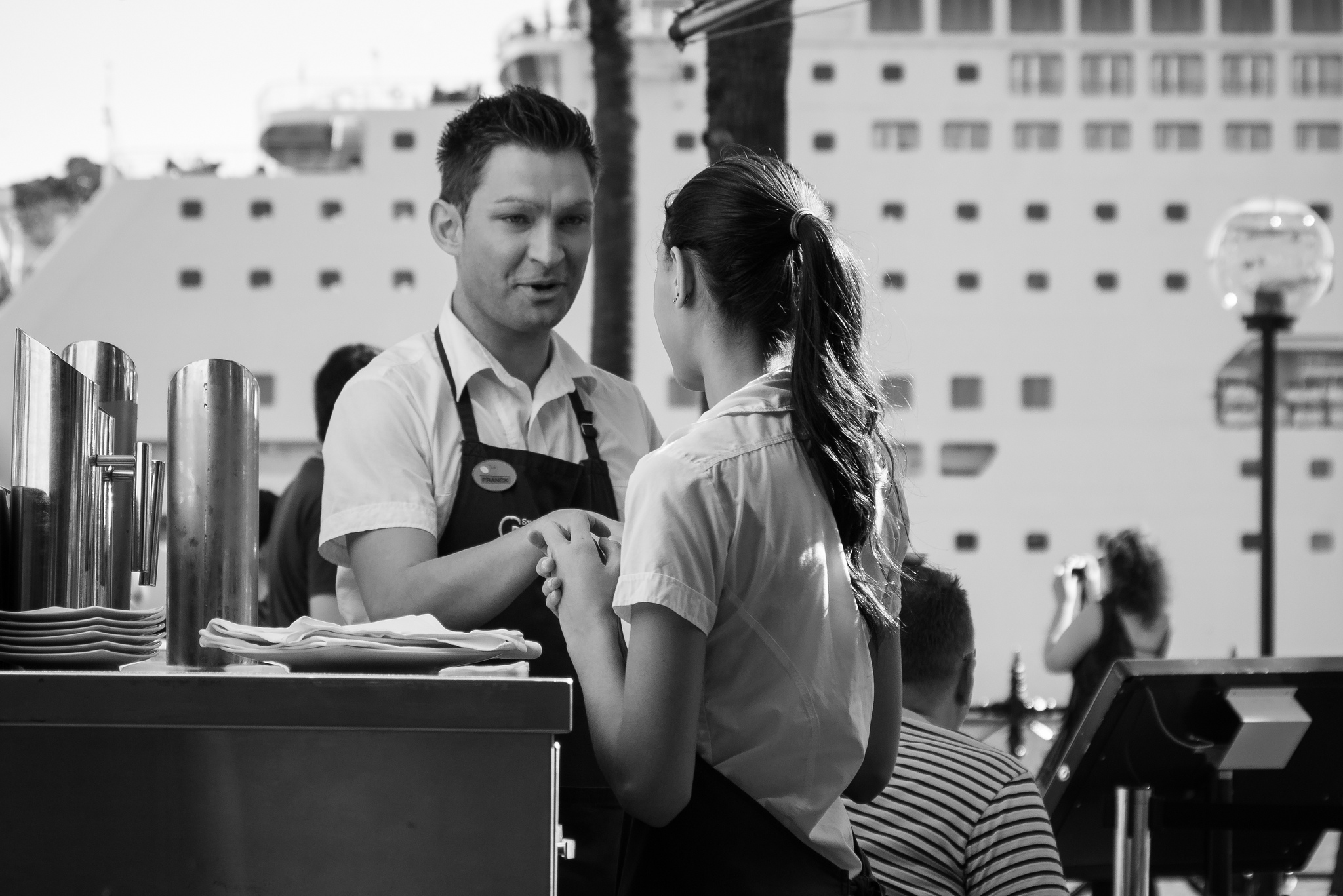 “Wear the tightest, shortest skirt you own because it attracts more customers,” my boss said to me. I thought she was joking, but what I soon found out, is that the majority of the customers consisted of builders, lorry drivers and dock workers, as the port of Dover was nearby.

My boss’s theory was soon proven correct, as a few weeks in I was serving one man his full English breakfast as he looked at me and said almost thoughtfully: “I like it when waitresses wear skirts. I can see their legs”. The worst was when large crowds would come in at lunchtime, their wolf whistles and catcalls filling the café and mingling with the yells of “Come ‘ere precious, we’re ‘ungry!”

The friend I was staying with worked at a similar business at the other end of the town and experienced almost identical antics. As she was clearing a table she heard overheard a group of builders at the table behind her whispering “Go on touch it. Go on, I dare you”. The object in question was her bottom, and when one of them did touch it, she moved away sharply, yet too embarrassed to say anything. On copying down a man’s order wrong, he told her: “You’ve been a naughty girl and I’d like to bend you over the table and spank you”. Looking back, both of us question why we didn’t complain to somebody, but at the time, we just assumed that it was part and parcel of the job. We weren’t hired to sell the cakes and coffees as much as ourselves.

When my boss, after complaints from customers about the slow service, hired another employee, I was pleased. He was a few years older than me and I hoped we would work well as a team. To my dismay however, within a few days I had been relegated from barista and cashier to solely doing the washing-up, serving and clearing. As our manager was rarely there and cared little about who did what, I confronted him myself about sharing the duties equally. His response was: “Well you’re the girl aren’t you?” 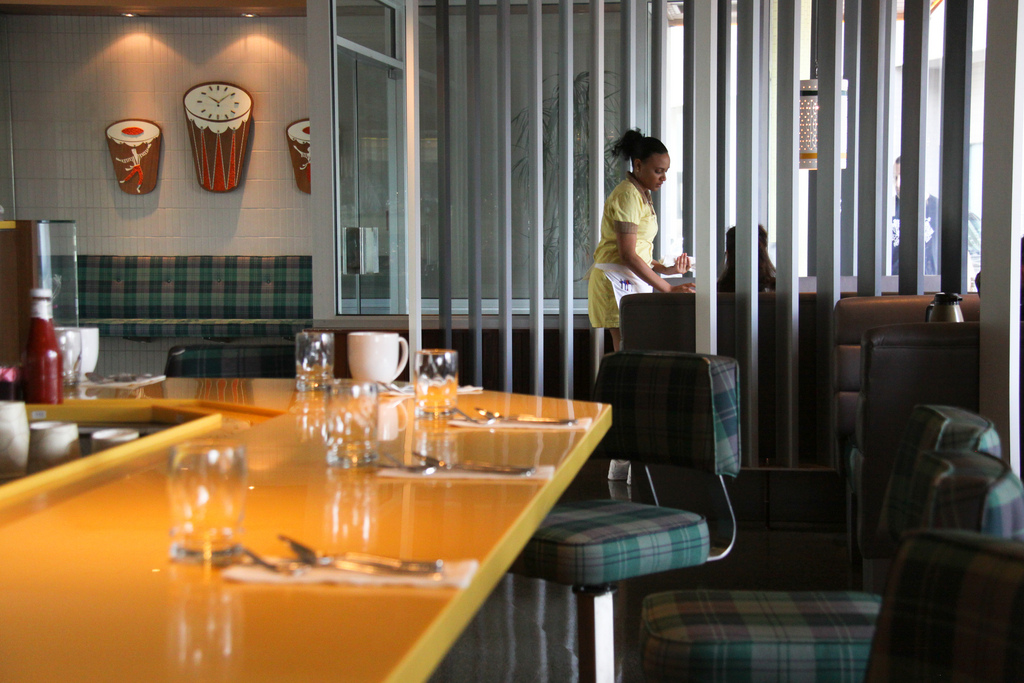 Doing long hours for minimum pay was taxing enough, but putting up with the frequency of the distasteful comments, and my relegation, was too much. It may come as little surprise to find out that both my friend and I quit our jobs not long after, having both had enough. What may be a surprise however, is that such blatant sexism and sexual harassment still exists today. Although so much of workplace dynamic today focuses on all-round diversity, it seemed that we found some establishments that slipped under the radar.

Arguably however, there exists as much “positive” sexism towards females as there is negative. A girl I know from my English tutorial got a short-term bar tending job in the exclusive Chelsea area. When the maths was worked out, she would sometimes have come away with £15 or even £20 an hour, compared to her male co-workers would get the standard London Living Wage hourly rate of £7.85. When I asked her how she did it she said simply “When it’s mainly men there, they like it that I’m a girl. They slip me notes as tips as I give them their drinks”. She was clearly pleased with this sexual harassment and saw it as a compliment, that due to her feminine assets and curves she had come away with more money. Yet she was seemingly unaware that she was being treated in a manner similar to a piece of meat in a lion’s den, to say nothing of the apparent blatant oblivion to the gross disadvantage this was giving her male co-workers, for whom it was obviously impossible to earn money in such a way. She later let on to me that she had only been given the job in the first place (over at least one other male candidate) because she was “pretty and petite”, and therefore drew men with bursting wallets to the bar.

She was benefitting from sexual harassment and sexism as much as my school friend and I had been disadvantaged by it, yet neither form is right and one does not make up for the other. Both negative and positive sexism as well as sexual harassment are derogatory towards women, and also disadvantage men to the ‘perks’ of being female that women may receive in such jobs. Neither sexism nor sexual harassment has any place in the 21st century workplace, and I urge any girl who experiences what we did at work to report it, and not let it go undetected. You are not a de facto cleaner, and you are not there to use your figure to sell sandwiches. You are a woman who should receive security and respect at work that she fully deserves.