A night with the squatters at Chariots Roman Spa

London’s biggest gay sauna has been occupied following its closure

Nestled in between the street art murals and street food pop-ups of Shoreditch is Chariots Roman Spa.

Up until the start of this year Chariots was London’s biggest gay sauna, a 20,000ft² palace of hedonism replete with hot tubs, steam rooms, a gym and a swimming pool across three floors.

The location had been a lynchpin of East London’s gay community for 20 years, until a new hotel development prompted its closure – now it stands derelict, covered with graffiti. 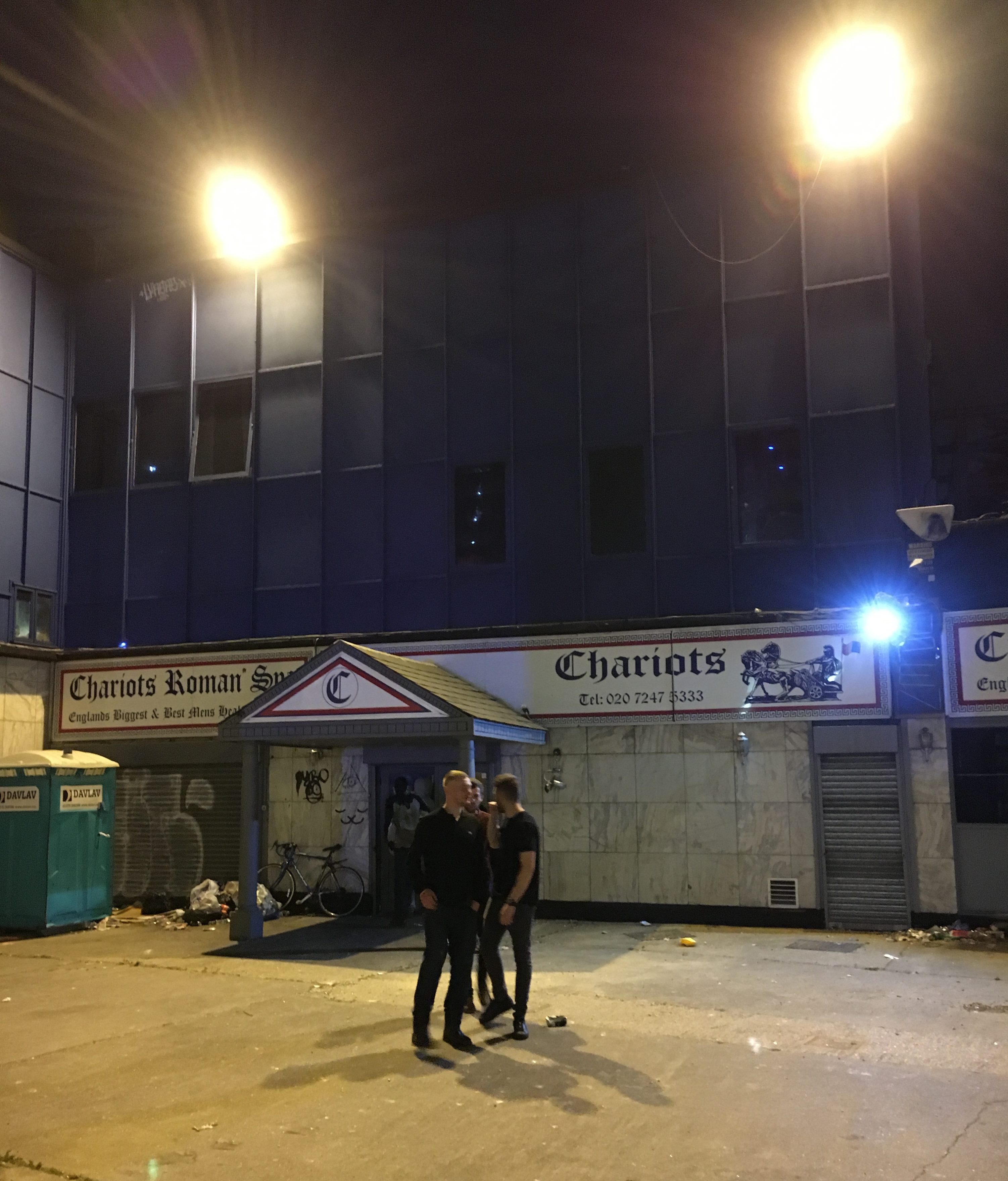 Sometime between its closure and its demolition, opportunistic squatters caught wind that the building was laying empty. Now, on a Friday about a week after they found their way in, the place is packed to the rafters with people looking for a party.

A jumpy-looking bloke with a dirty beard pokes his head round the door when we arrive, then ushers us into the reception area. The shiny helpdesk where they used to hand out clean towels has been replaced with a battered third-hand sofa, from which two makeshift bouncers now eye us suspiciously. 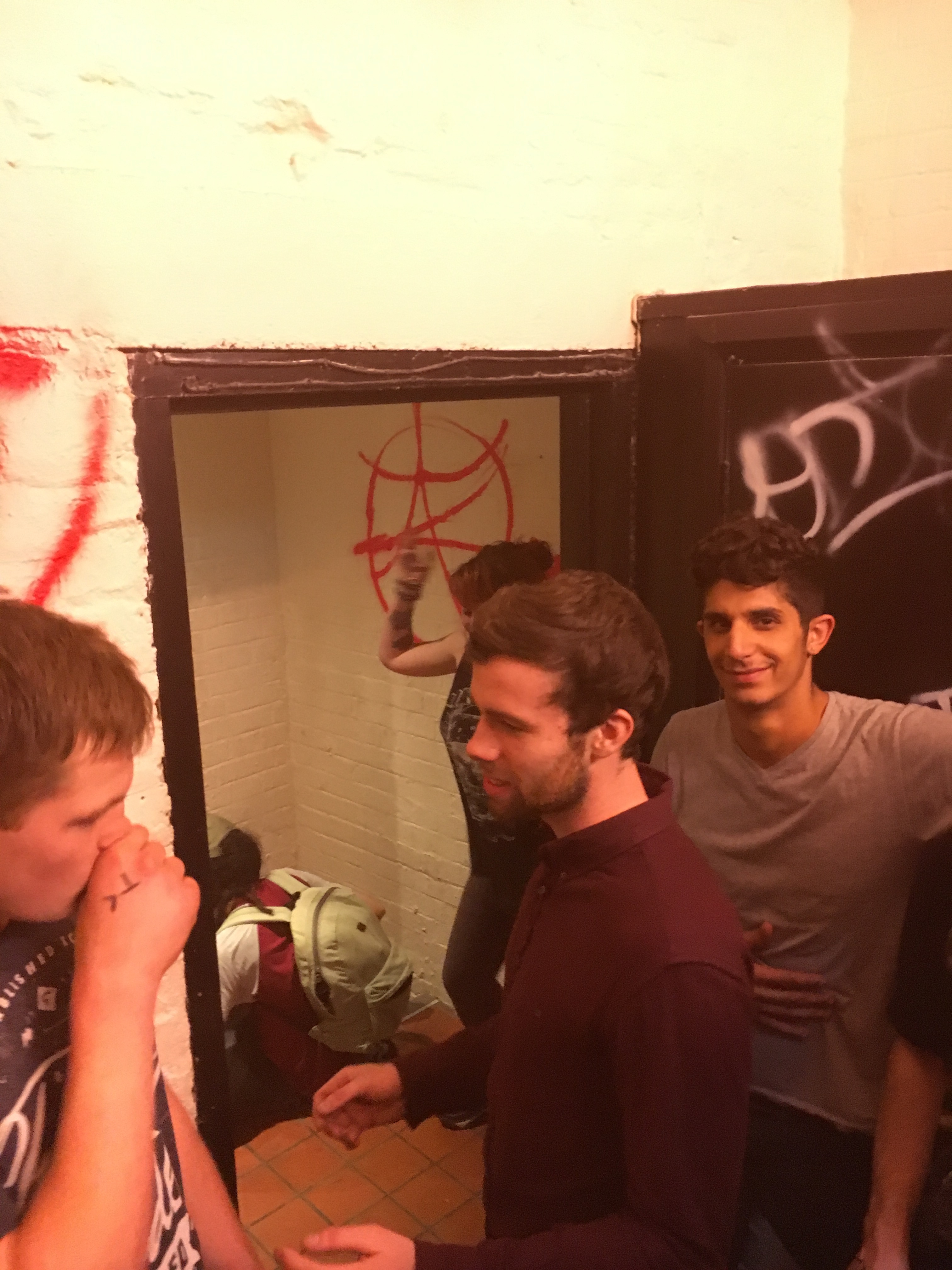 The man with the beard glances from one of us to the other. “Donations on the door,” he growls.

After taking two quid from each of us, we’re in. For 20 years Chariots offered a safe space to many gay Londoners, so I’m interested to see what this decidedly unsafe replacement has in store.

If Chariots in its prime wasn’t a “Hieronymus Bosch fuck-fest vision of hell“, then that’s certainly what it seems to have become now. Grinding garage pounds out of the PA system, bodies writhe  under lights too dark to pick out any faces, and every inch of the once-white walls has been replaced with demented scrawls. 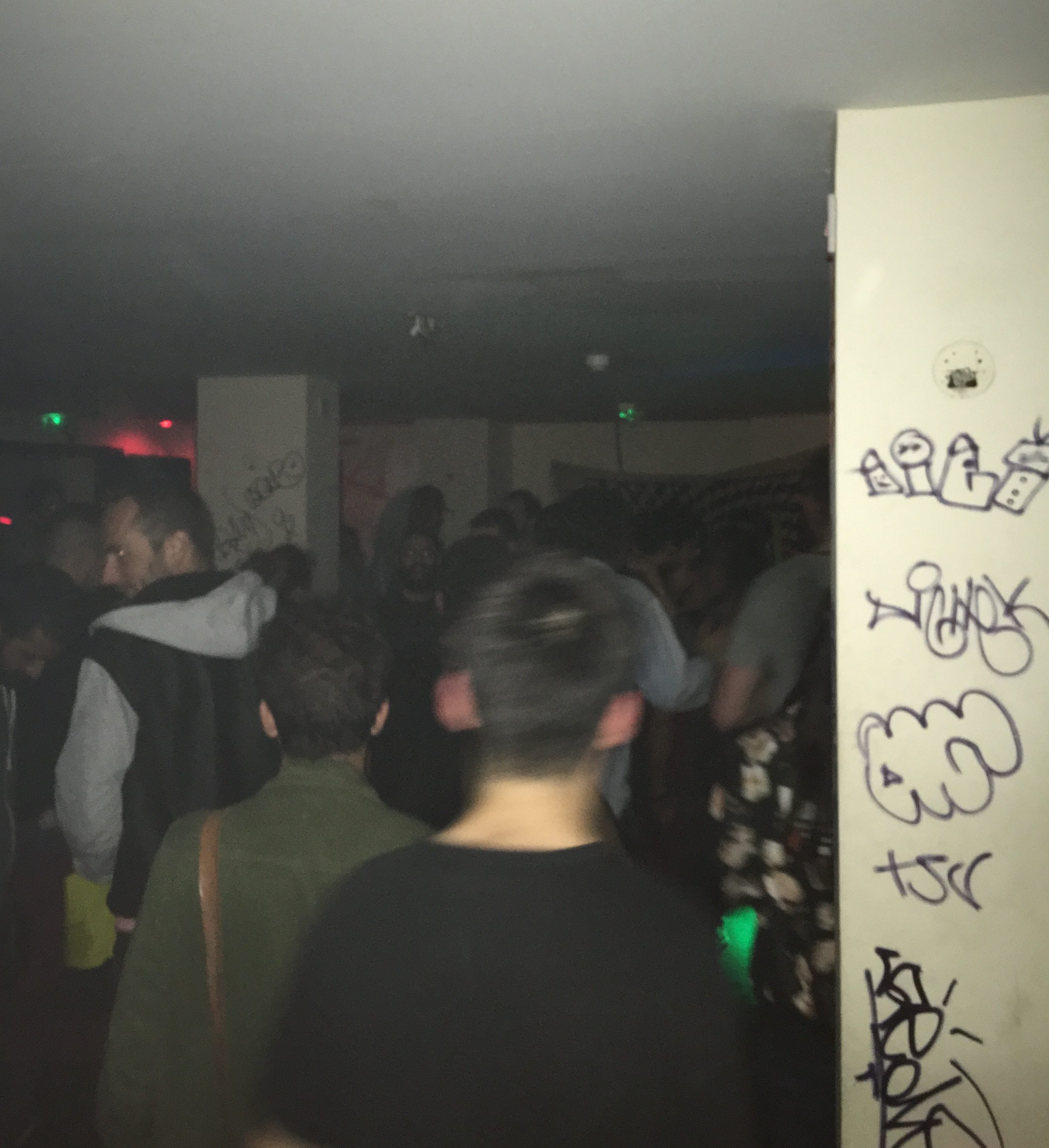 What used to be the lobby café is now a hastily-constructed bar, from which a young bloke dishes out warm cans of Carling. He tells us it’s £2 a can, but after giving us a once over he decides on three for a fiver instead. 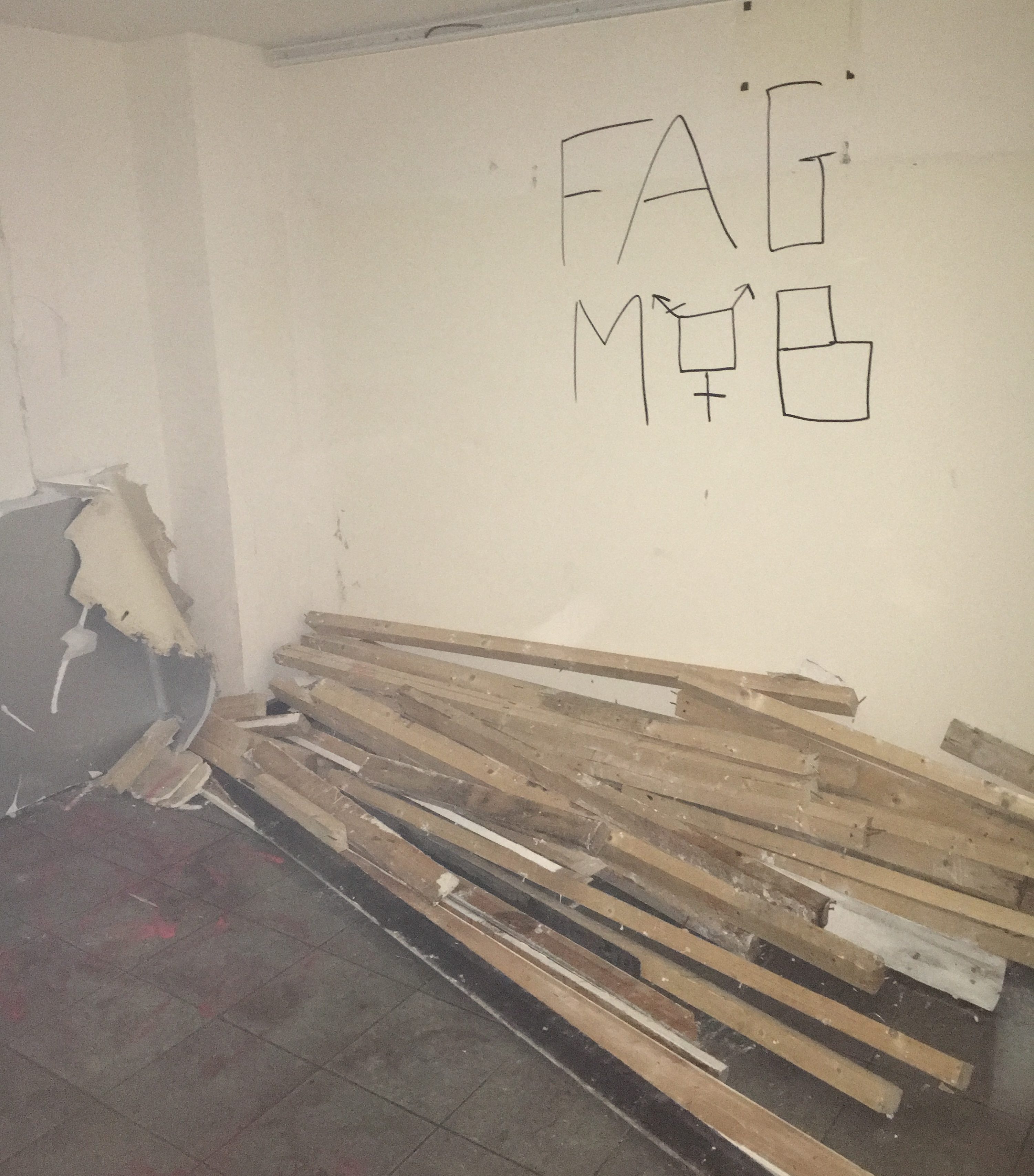 What remains isn’t quite as guest-friendly: most of the wallpaper has been pulled down or pissed on, and where unspoilt surfaces remain pro-LGBT slogans mingle awkwardly with hastily-daubed homophobic slurs.

On the third floor lies the empty basin which used to boast Chariots’s swimming pool – it’s now a smoking area. 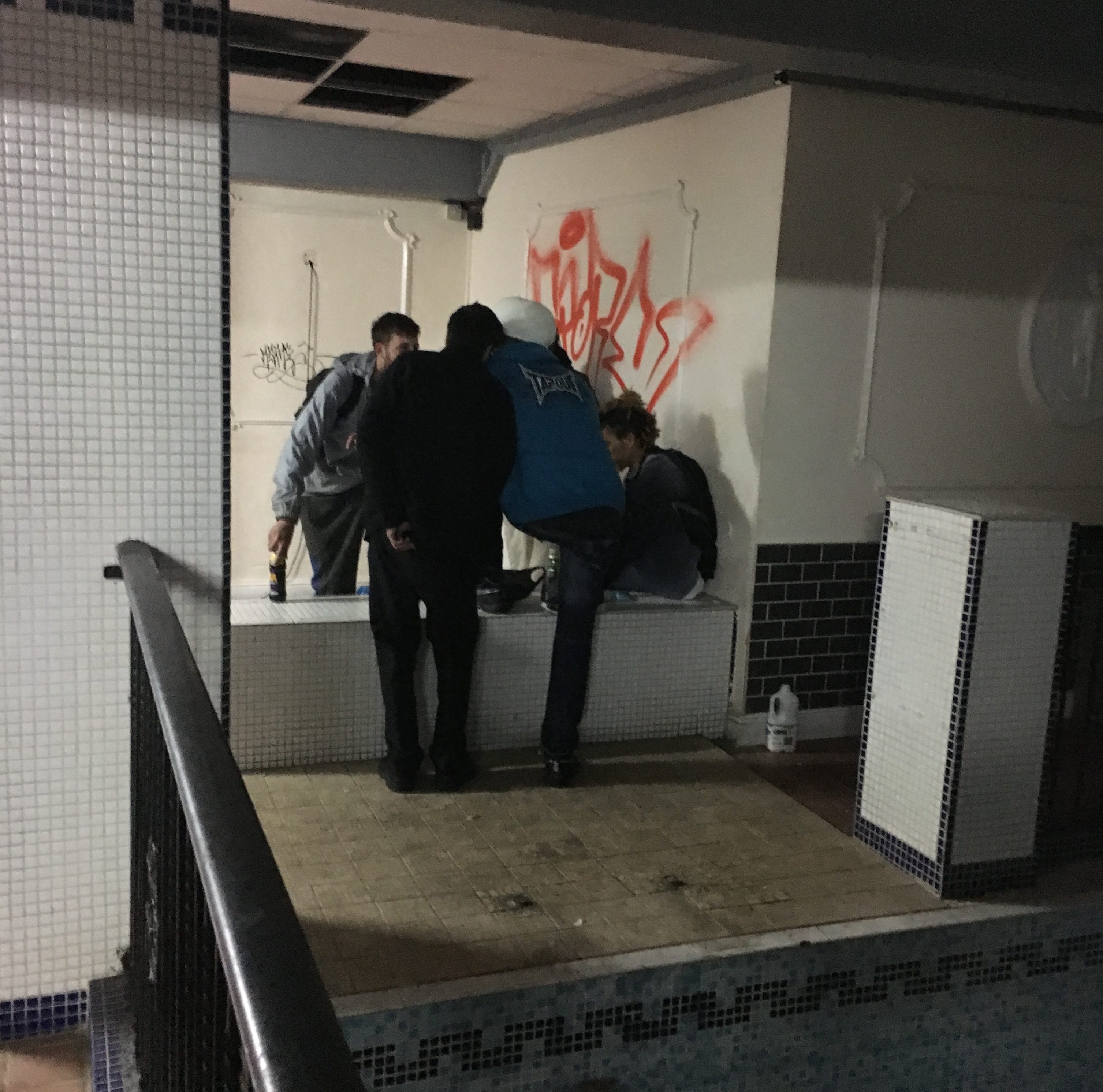 In the pool, I get chatting to a long-haired smoker rolling himself a cigarette. He’s here through friends of friends, who organised the party: “They’ve got a PA system, so all they need to do is find a place. Then they can turn it into something beautiful for one night. 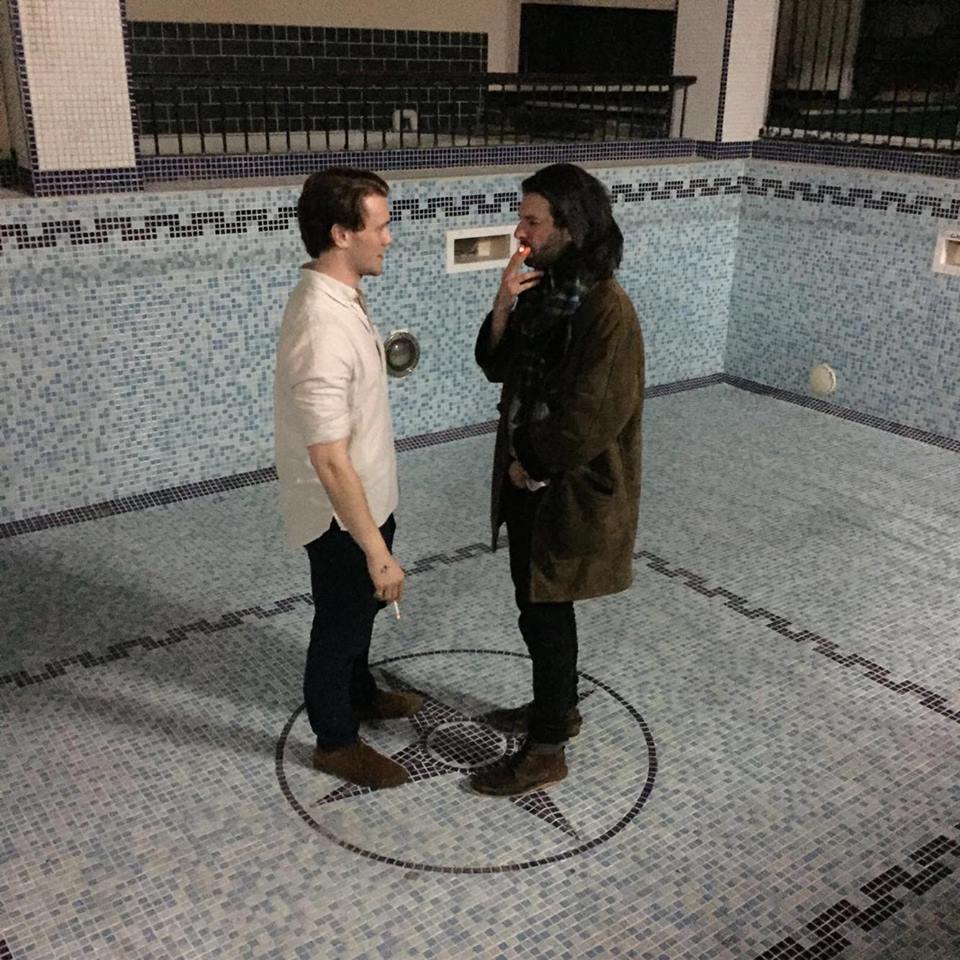 I ask if he thinks there’s something sinister about dodgy groups getting off their tits in dark corners of abandoned buildings, but he dismisses the question: “It’s a party, isn’t it? The further you get away from the soundsystem, the weirder the people you’ll find.”

The conversation moves onto squatters’ rights, a subject on which his knowledge is hazy. According to the law, squatting inside a non-residential property isn’t itself illegal – but police can take action if squatters commit other crimes when entering or staying in a property. 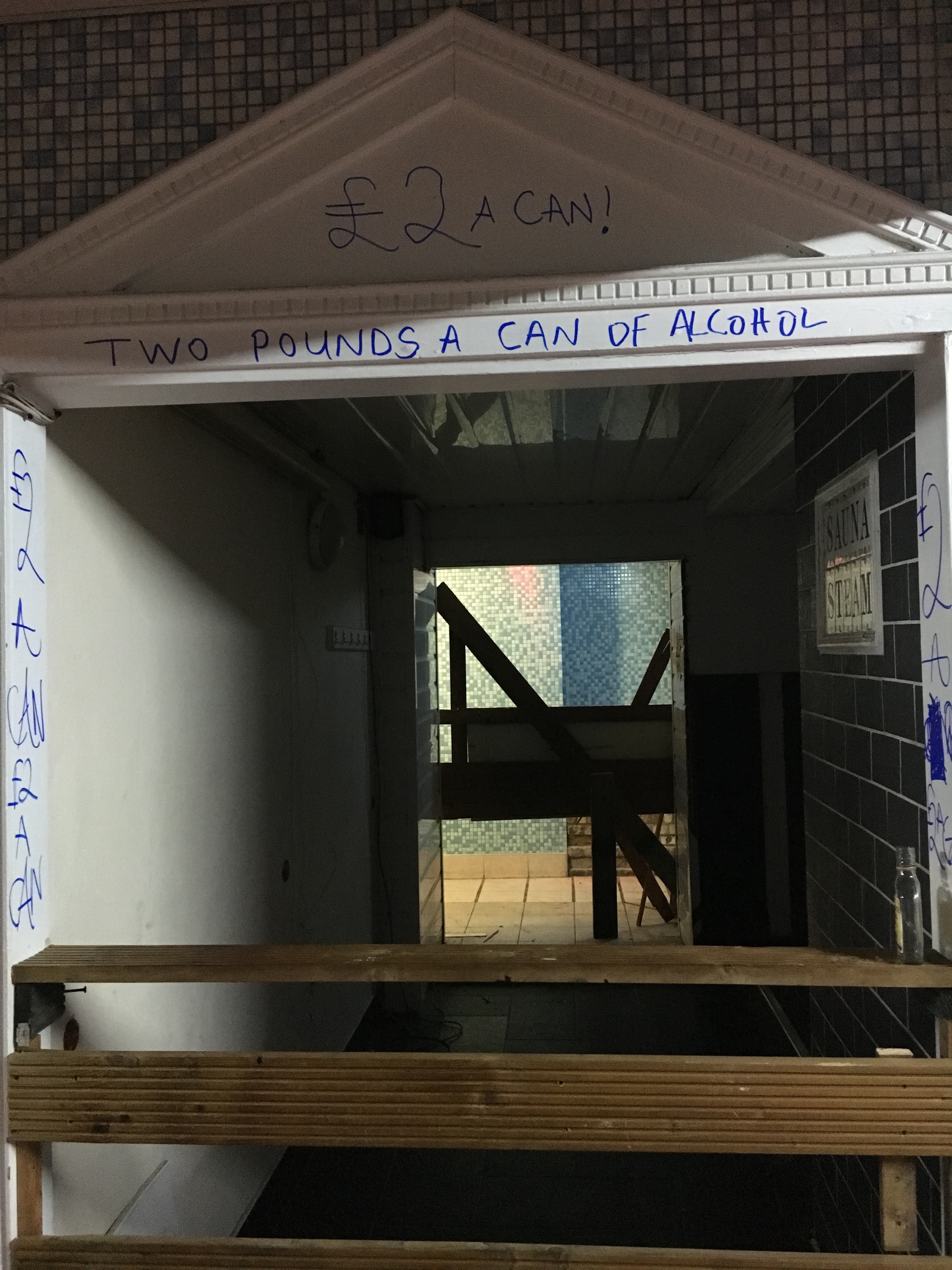 The process to remove squatters is a tedious one, and the fact that Chariots is still full to the brim suggests the owners haven’t bothered trying – yet. The guys here don’t seem to care either way: when someone warns the bartender that there are policemen gathering outside, he throws his head back and laughs.

On the floor above the pool, through a few piles of smashed plaster and broken timber, is the roof. As most people around us spark up joints and try their hand at climbing the scaffolding, a few take the opportunity to enjoy the view. The building will soon be demolished to make way for a 200-room hotel with spectacular views of its own. 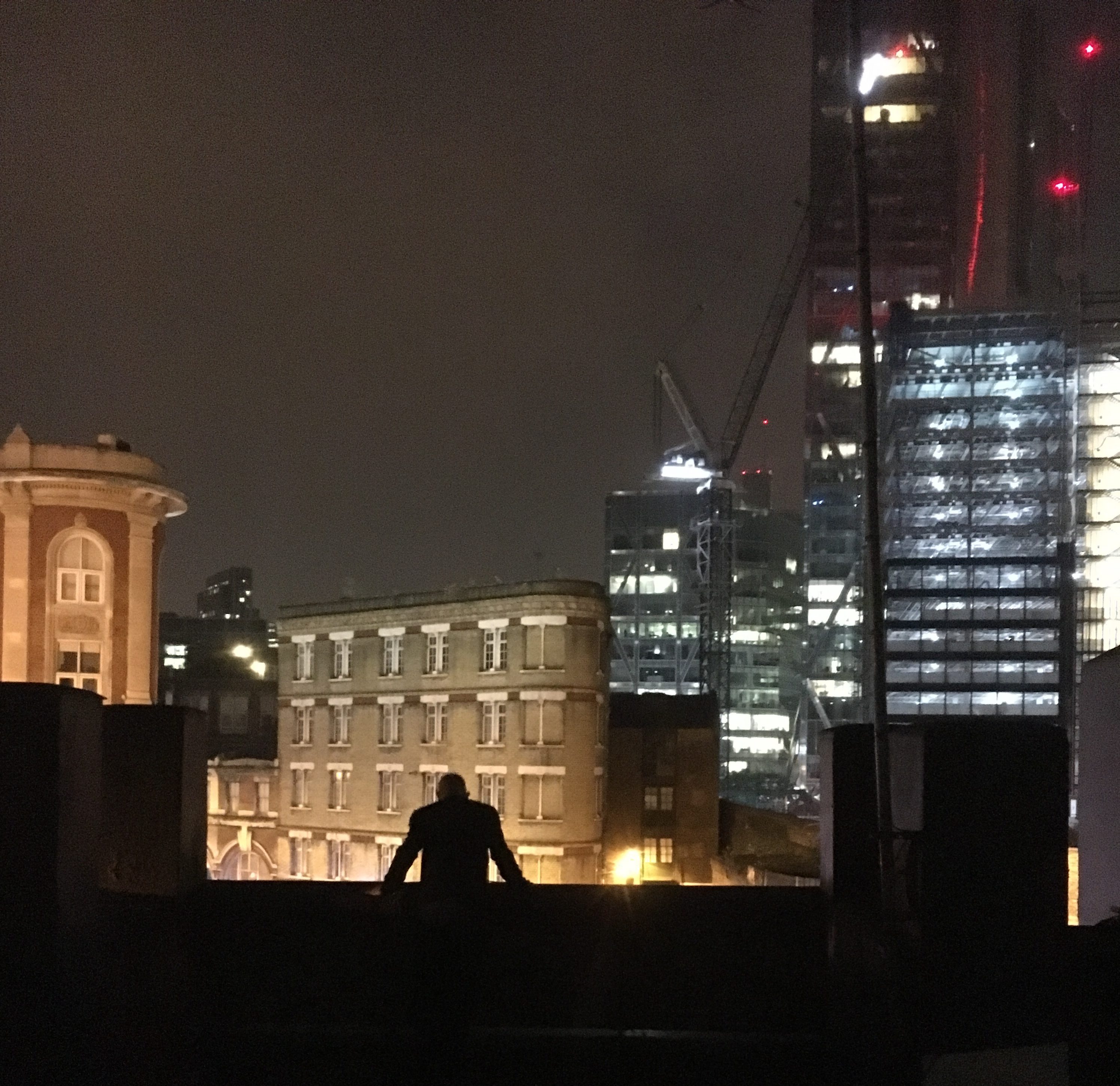 Later on, we head back down the labyrinthine staircases and out into the littered car park. A fight appears to be breaking out – we don’t stick around to see how it all pans out.

As we head home, one of the non-Londoners we snuck in with turns to me with a look of confusion: “What the fuck was that place?”