Lost Village festival is a contradiction: it simultaneously feels like a children’s fairy tale and a psychedelic warehouse rave. Kind of like having good weather at British festivals – they’re not meant to go together, but yet they work so well. It’s what festivals are made for, they’re a place where adults can run around, shouting and singing like kids again and not be sectioned or arrested. So without further ado, here’s why Lost Village should definitely be on your list of festivals for next year. 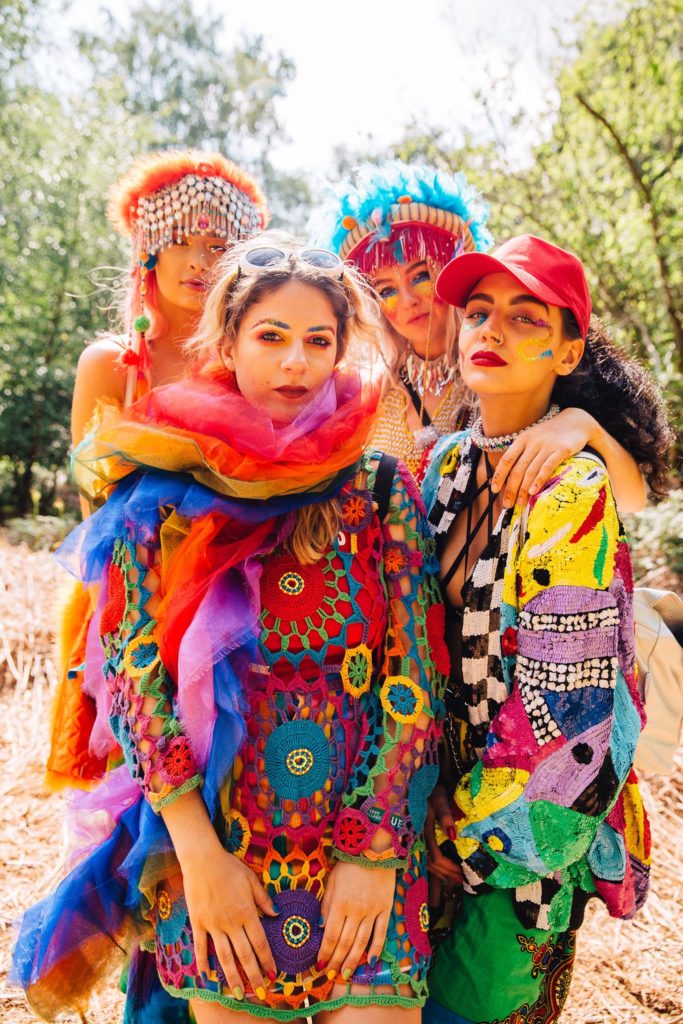 It may as well have been on another planet

The festival is placed in a forest in Lincolnshire, although it may as well have been on another planet, not only because it was strangely gorgeous weather all weekend, but because of the attention the site pays to its setting. Lost Village really invites you to get completely lost in its world, really making you feel like you’ve entered some strange corner of a forest to which reality turns a blind eye.

Every metre of the site was covered in art 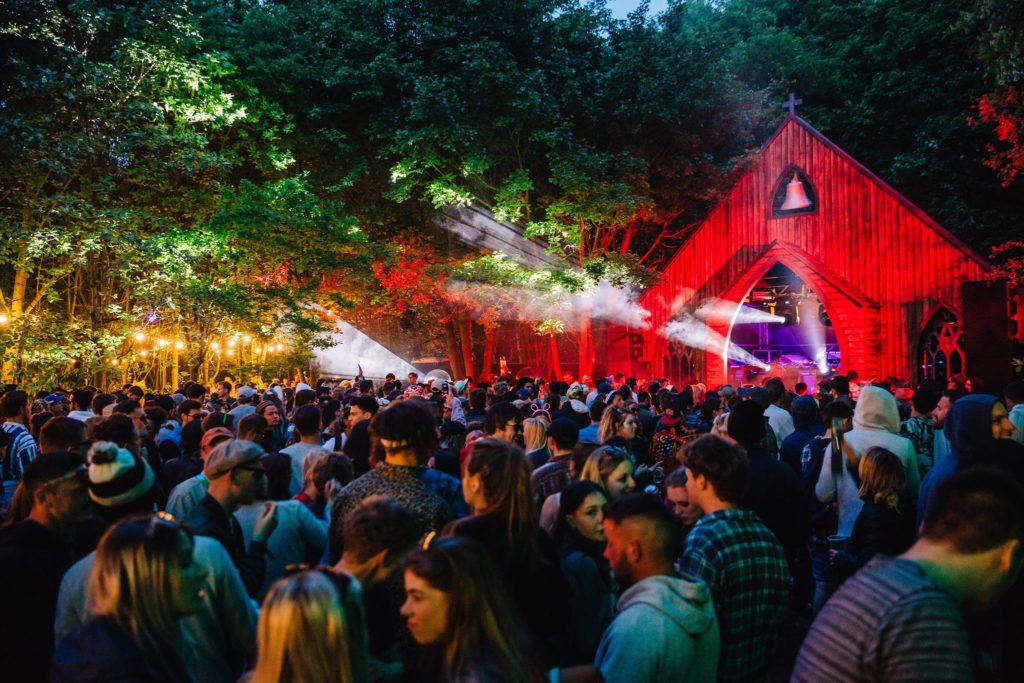 The paths are lined with strange lights, the forest littered with human shaped mirrors and other strange bits of art. The stages themselves are loaded with  psychedelic light shows that seemed at times a little excessive with size of the stages which themselves were even crafted out of wood, making it feel as though you really have wondered into some old, abandoned lost village. 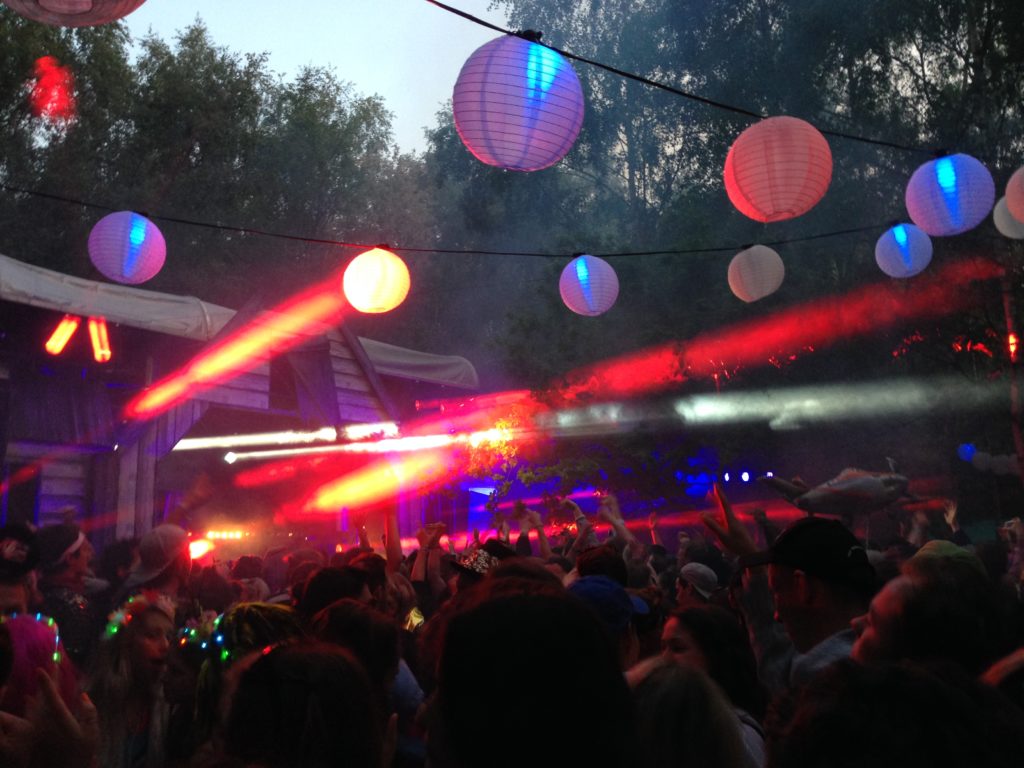 The actors were everywhere 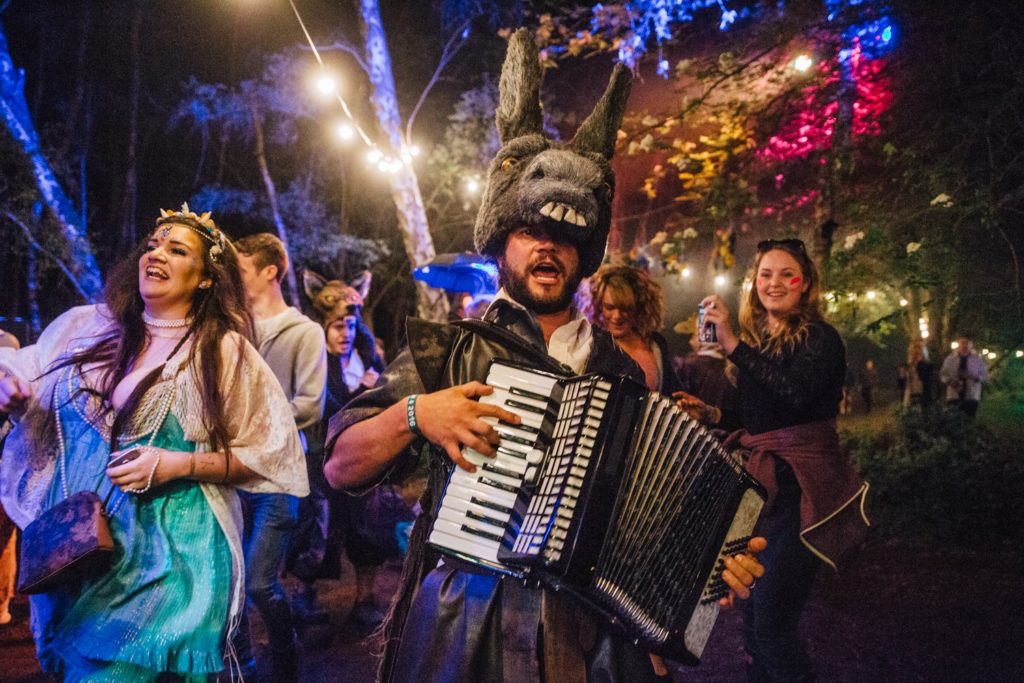 The place really comes alive through the actors that work there though, as you wonder through the woods, you’re greeted and invited to interact with whole host of characters. Whether its the gravedigger who’ll creepily ask you to gamble your soul by answering a riddle, a strange procession of chanting worshippers, or dancing tree-men, there always seems to be something weird and wonderful around the corner. What’s more is that the actors seem pretty committed to their job, never breaking character (trust me we tried all weekend). 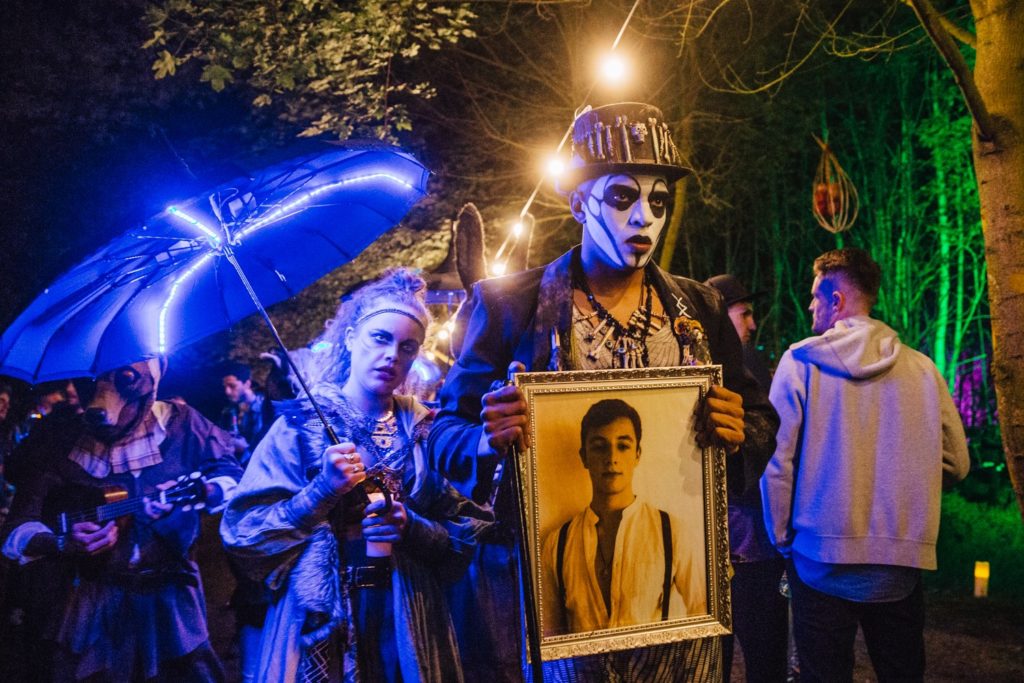 The lineup was extensive 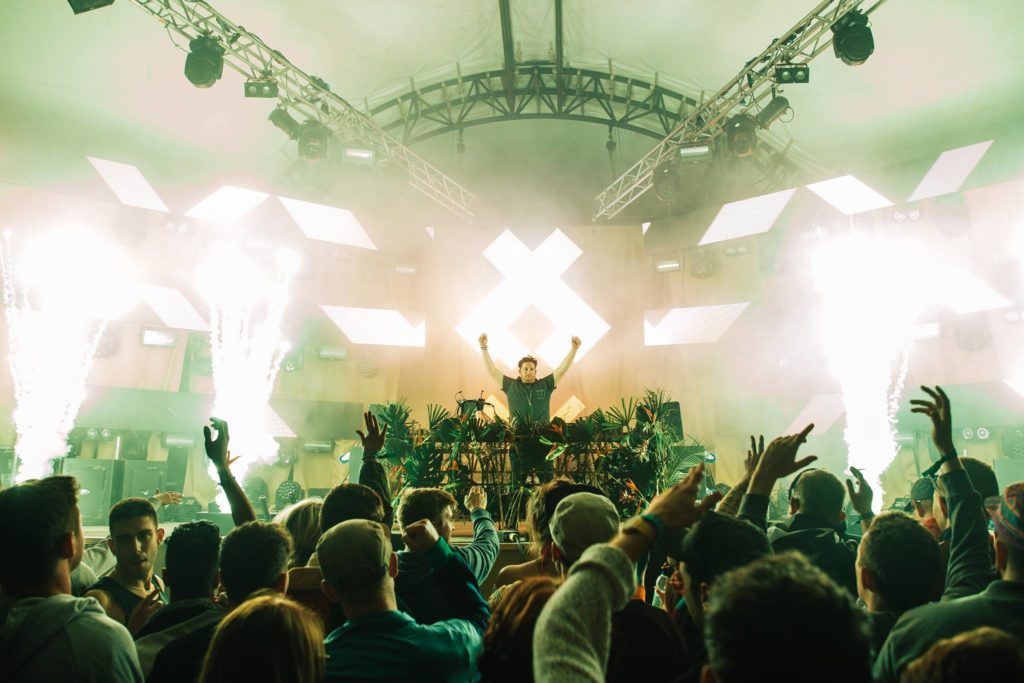 Eats Everything finishing up

Although a good aesthetic is important to immerse yourself in the festival, realistically no one really cares too much about the setting. You don’t pay over £100 for any festival to sit around and enjoy the scenery, really the music is what drives thousands of ravers to flock to here. Thankfully, this is the least of Lost Village’s problems as the creators of the festival Jaymo & Andy George expertly curated the lineup, creating a powerhouse of house and techno, featuring the most innovative and popular artists around. 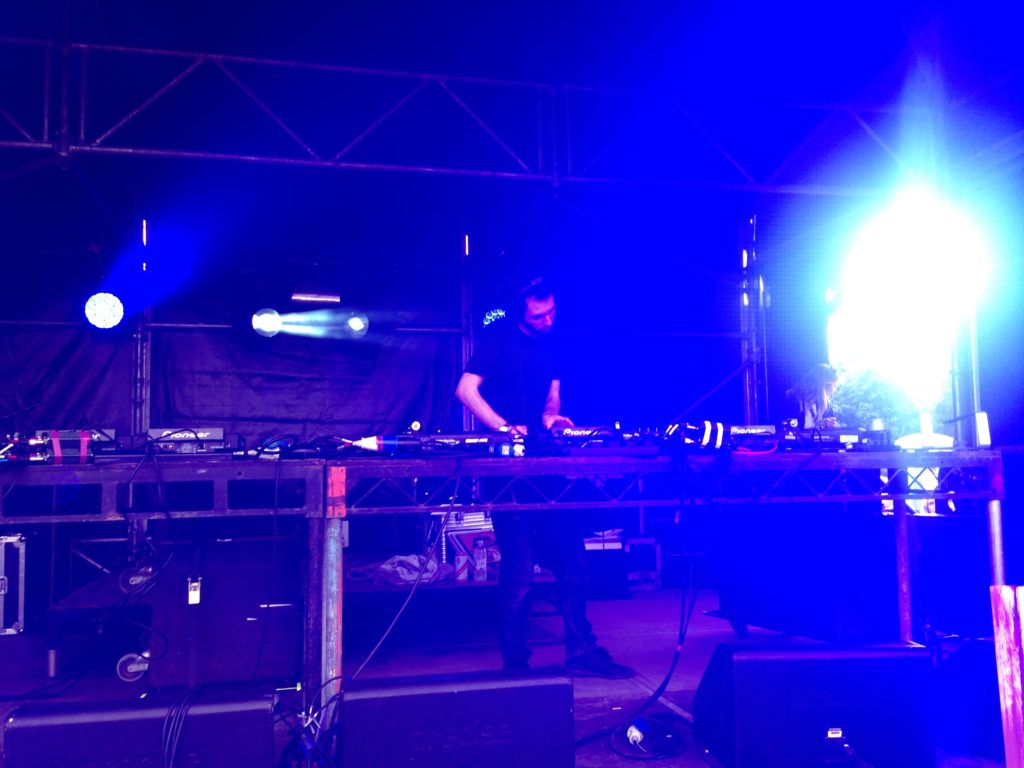 Dan Shake tearing up the decks

When there was a clash, it was bordering on devastating

Due to the calibre of nigh on every act playing the clashes between acts were pretty heartbreaking, in particular the Sunday headliners of Kink, Dj Koze and Henrick Schwarz. There was never a shortage of fantastic music, with other highlights of the weekend being the likes of Mano le Tough, Ame and Floating Points being enough to excite even the most critical of techno couaseiurs. The only problem was deciding where to go, you could almost forget about the lineup and wonder between the stages, pretty much wherever you went you there was something to satisfy. 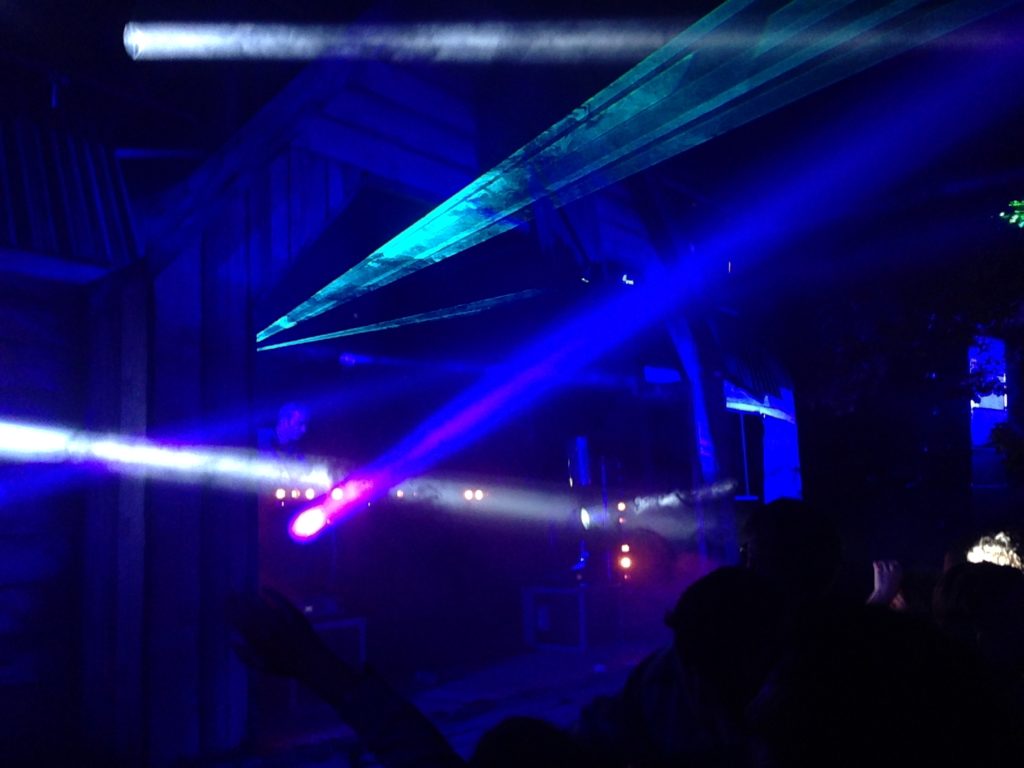 The size of the festival (it’s tiny)

To top it all off, although the festival is relatively small in size compared to others of its kind (the capacity is only 5000) theres still plenty of stages and other activities to do during the day. There’s a tranquil lake which offers free yoga and archery classes by it, with even the option for pre booked hot tubs to relax in. 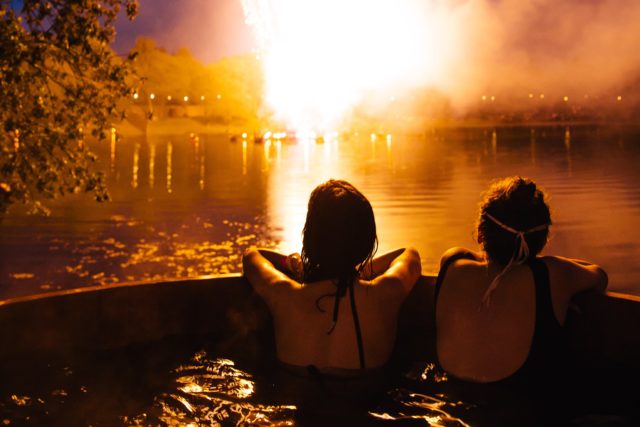 The food was also fantastic, with every stall being restaurant quality food with  great variety too. The festival definitely benefits from it’s small size as well, as it makes the whole experience feel far more intimate, something which is certainly missing from festivals such as SGP or Boomtown, making it more personal. 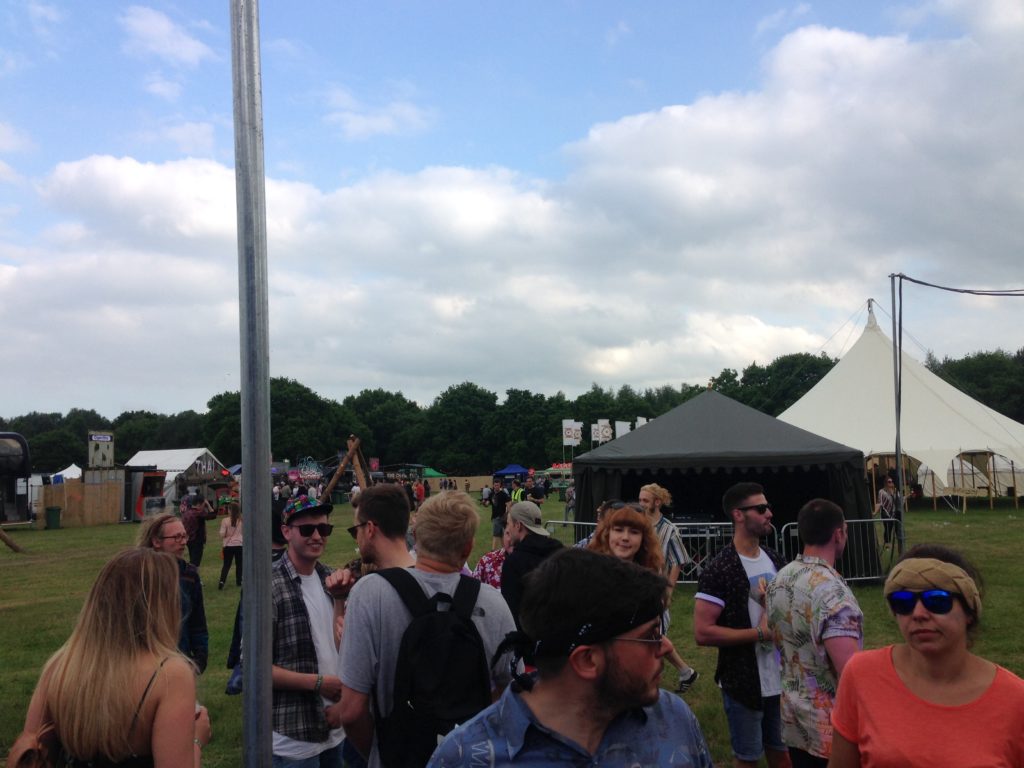 The main problem is there’s not enough of it

Although Lost Village is great – like anything, it’s not perfect. The main problem is that is that the music stops at 2am (or even 1am on Sunday) which was felt slightly bizarre, as the whole festival which at 1.50am seemed ready to party all night suddenly stops and everyone goes back to their tents, with very little to do after. This made the festival feel slightly immature, like some sort of jumped up Reading festival for adults, considering the whole affair stopped a couple hours before you’d usually leave a club. When you compare it to other festivals of its kind, it does stick out as a problem. Having said that, the festival is small and can’t be expected to book a huge amount of acts all three days, lasting well into the small hours of the morning. 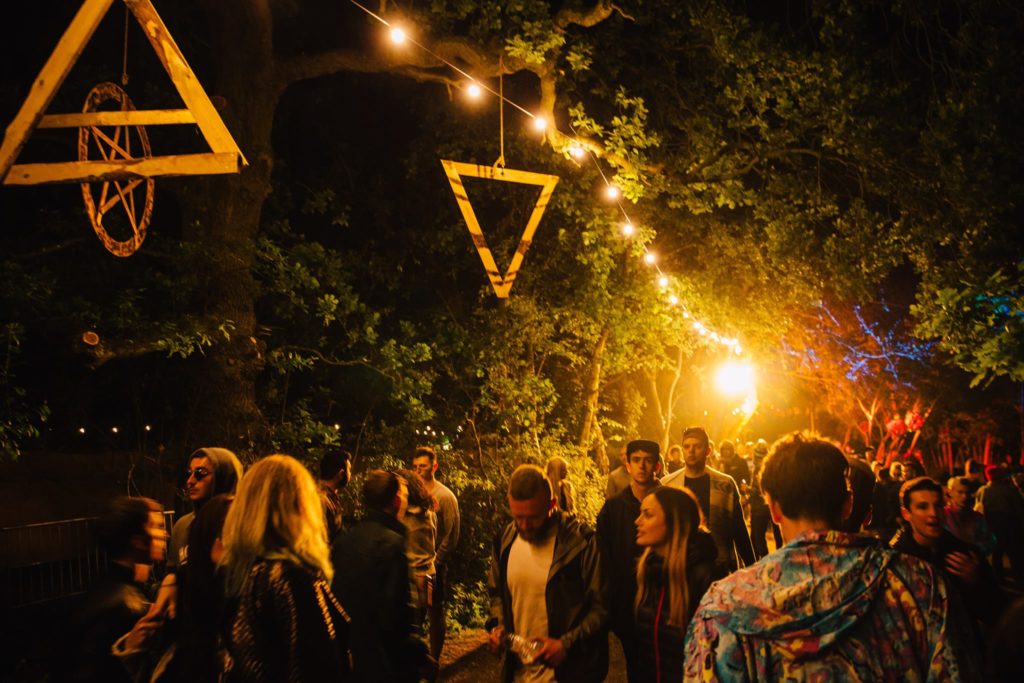 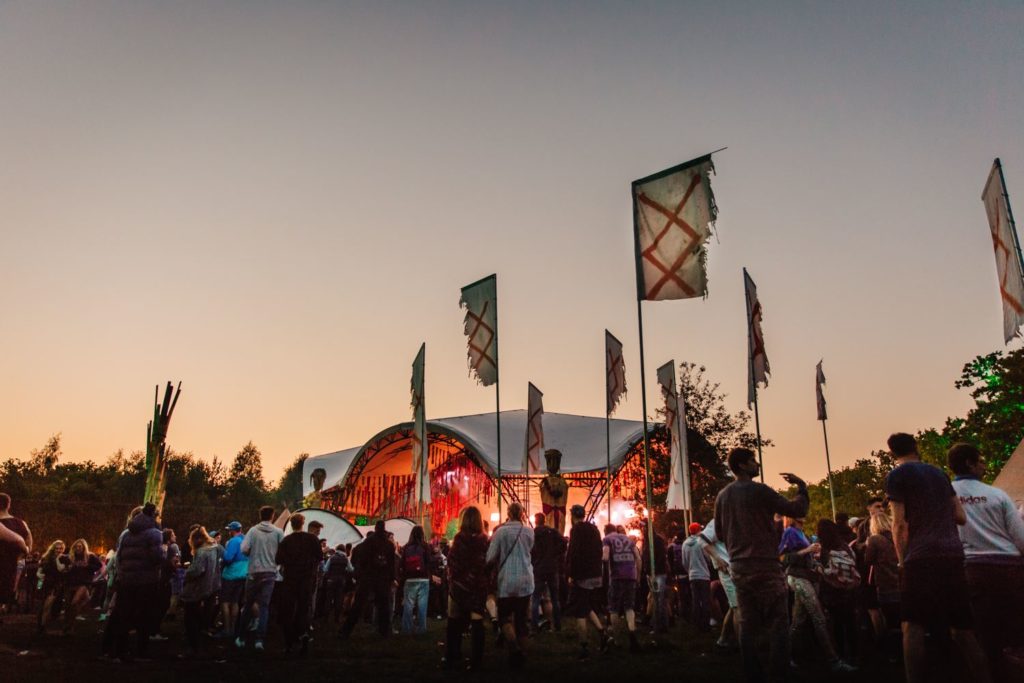 Lost Village should certainly feature on your list of festivals for next year, whether you’ve been before or not. It’s a remarkable festival – providing the perfect combination of music and setting that will have you lost for days, unaware how quickly the weekend is blitzing by.

If you liked this story then you should like Murmur, our page for people infatuated with nightlife.