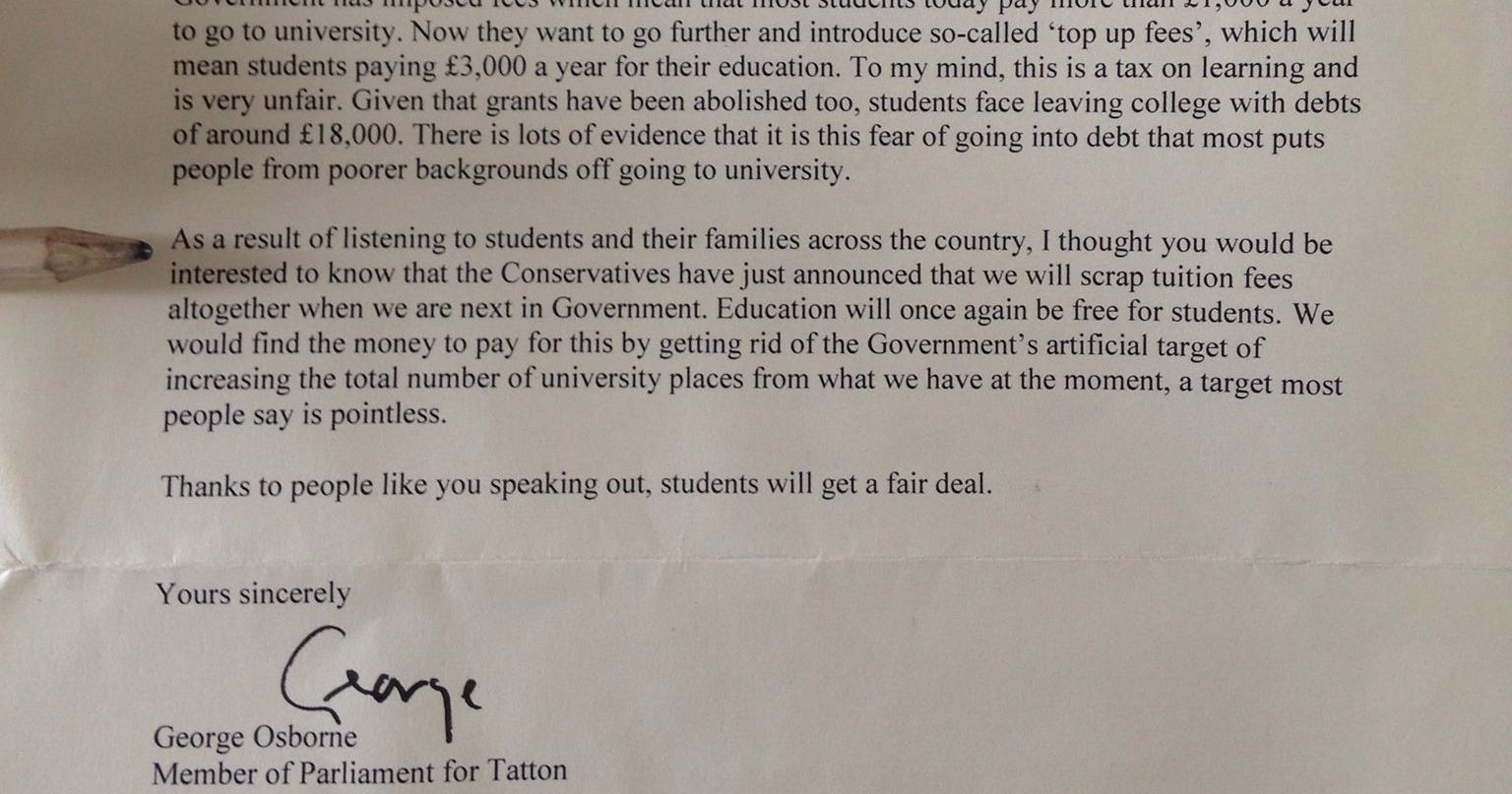 George Osborne spoke about an unfair ‘tax on learning’ and getting ‘a fair deal’ for students when fees went up to £3,000 13 years ago, The Tab has learnt.

In a letter shared discovered on Facebook by Graduate Rosy Williams, a violinist, who studied at the Royal Northern College of Music in Manchester, the current Chancellor said ‘there is lots of evidence that is this fear of going into debt that most puts people from poorer backgrounds off going to university.’

The now hypocritical letter found by The Tab goes on to smugly announce the Tories’ plans to scrap tuition fees when they are next in Government.

As if Mr Osborne wanted to embarrass himself in the future, he even says he wants to scrap the ‘artificial target’ of increasing the number of university places. 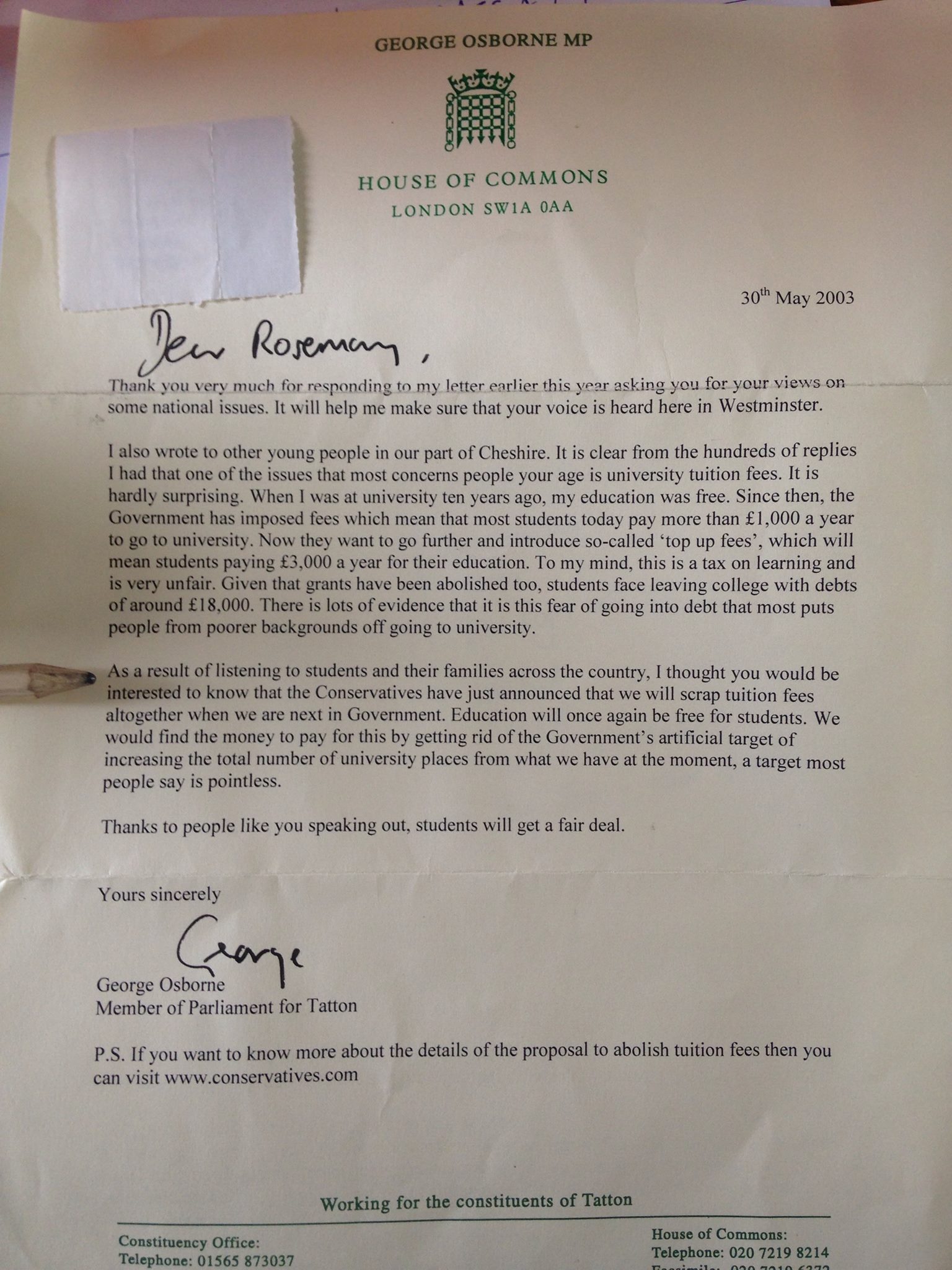 The violinist said: “Rooted through a box of old letters last night and discovered this brief exchange (13 years ago) with a young, up and coming MP by the name of George Osborne.

“He talks about the *shocking* £1000 a year students pay, the “tax on learning”, and promised free university education if the Conservatives were to get in… So glad he made sure our ‘voices were heard in parliament’.”

This is just a day after the Tory government announced a white paper on higher education which says university fees should not be capped at £9000, but instead should rise with inflation.

It will also be easier for further education institutions to offer degrees, which would increase the number of students in higher education.