‘Sometimes you get a few dodgy ones in the mix’: My life in a squat

It’s not all about drugs and partying

“I guess people assume it’s dangerous and are generally people are shocked when I tell them. I’ve nearly been raped twice and that’s because of drugged up people around me,” says 16-year-old Saskia Davidson from London – a squatter. She adds: “I’ve found a place now where I am safe.”

A squatter is someone who enters a building without permission and lives there. This is perfectly legal if it happens to be commercial property and you haven’t broken any windows or doors to enter. Unless the owners can get into the property when no one is there and change the locks, they’ll have to go to court to get a squatter removed. This process can take up to two months.

The reasons people squat are varied. Some like Saskia do it for fun, because they like the lack of boundaries. Others are homeless, and don’t have much choice. Others are anarchists. 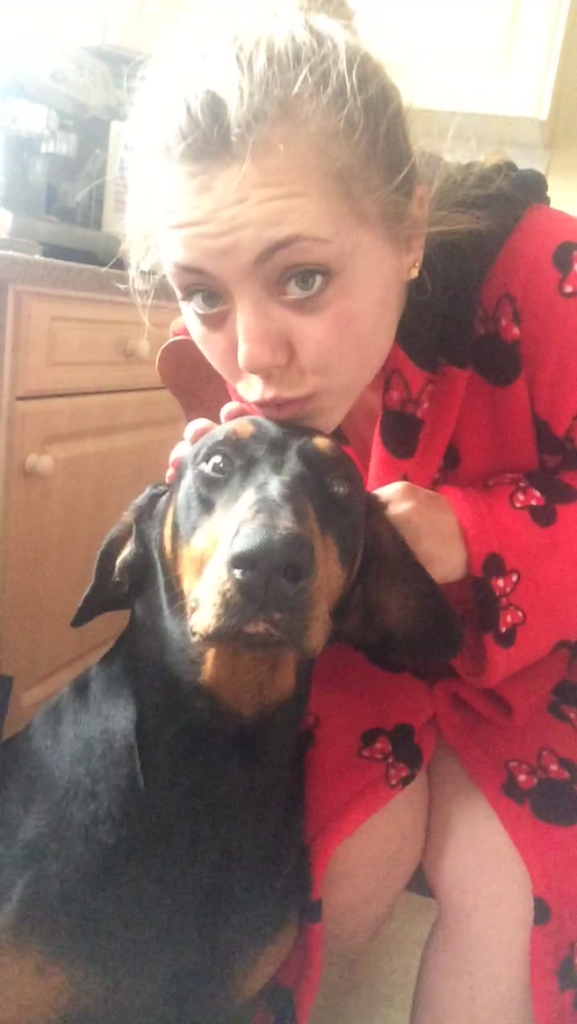 Saskia is only 16, but has been squatting for a year. She has spent time in care, and members of her family have also been squatters. “Squatting for me has been an amazing experience,” she says, “because I’ve come to learn that there not just a few ways in life you can go, but in reality many.”

She blames her experience of sexual assault on the effects of drugs on other squatters. “I’ve found a place now where I am safe,” she says. “As a women it most definitely is more dangerous if you can’t stick up for yourself. You’re going to get a lot of sleazy attention from guys.” She insists, though, that the danger “depends on what crowd of squatters you’re with”.

Christiaan Weaver, 36, squats for many reasons. Partly, he has a passion for the sense of community and enjoys the change. He’s been squatting for 20 years, ever since he left home at 16, and has made many friends doing so. He recently gained access to an old community centre on a north London estate, in Barnet, with a few other squatters. From his experience he doesn’t believe squatting is less safe for women, remarking that it “doesn’t make a difference”. It appears not everyone sees what goes on behind the curtains. 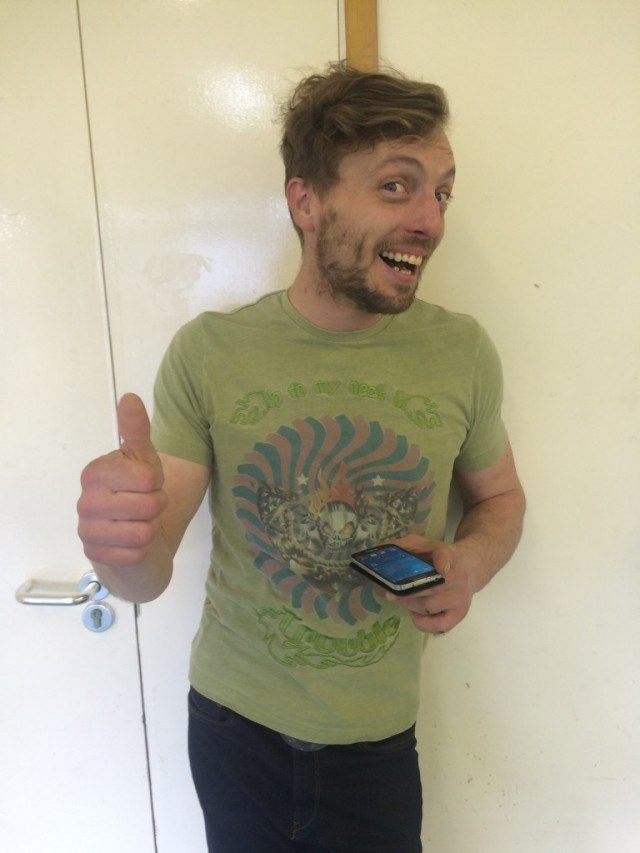 He does, though, mention that some squats he’s been in have been bad: with lots of drug, alcohol abuse, violence and theft. He is strangely equanimous about it. “It’s like that with everywhere in life,” he says. “You will always find better and worse places – people just have a stigma with squatters cause it’s easier to find the bad. But doesn’t mean there’s no good”. 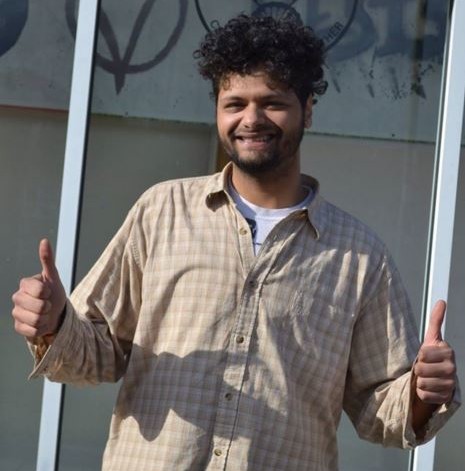 The north London squatters decided not just live in the building, but to open it up to the public  again. Now, the community centre has opening times, when locals can come in to relax with a cup of tea and cake to have a chat or to use their services, with special things going on each week. It has a free ‘shop’: donate things or take things you need. It also offers free services such as self defence classes led by Weaver and free legal advice from Bushi. It even has a Facebook page. 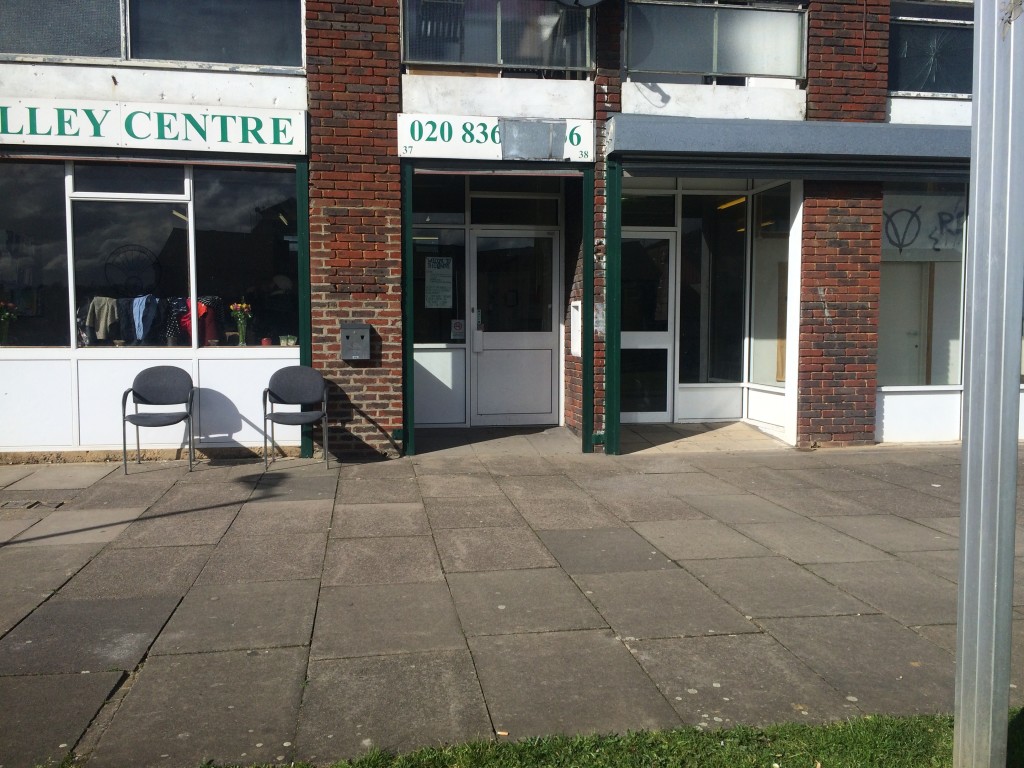 Over the past few months the centre has been a huge success, bringing people from all over to take part in this movement. They’ve already seen kids show up to learn new skills, adults come for advice on their housing situation and been visited by both Green and Labour party candidates.

Saskia doesn’t live at the centre, but supports it. “I think the Resist centre has helped people within the community get a better understanding of what the council are really doing to them and have given them hope that we can stop the madness that the government has caused.” 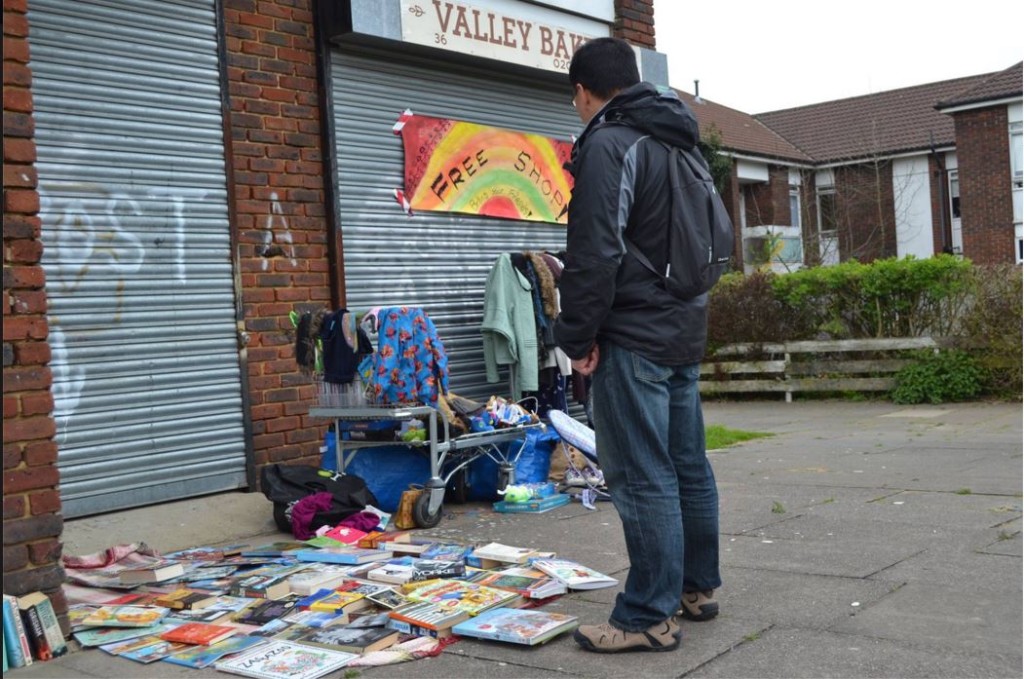 There are more logistics to consider. Most squatters get their food by dumpster diving. This involves finding commercial bins, and looking for any decent food or equipment thrown away at the end of the day. Starbucks, for example, puts all its leftover pastries, cookies and cakes into a large clear rubbish bag. They then take this round to the back of their building and put it in their larger rubbish bin. For squatters, this is decent food as it isn’t out of date but simply less fresh. Therefore it’s perfectly edible.

The centre has a donation box and uses this money to buy snacks, tea and more for their visitors. It also receives donations from Food Bank and locals residents. 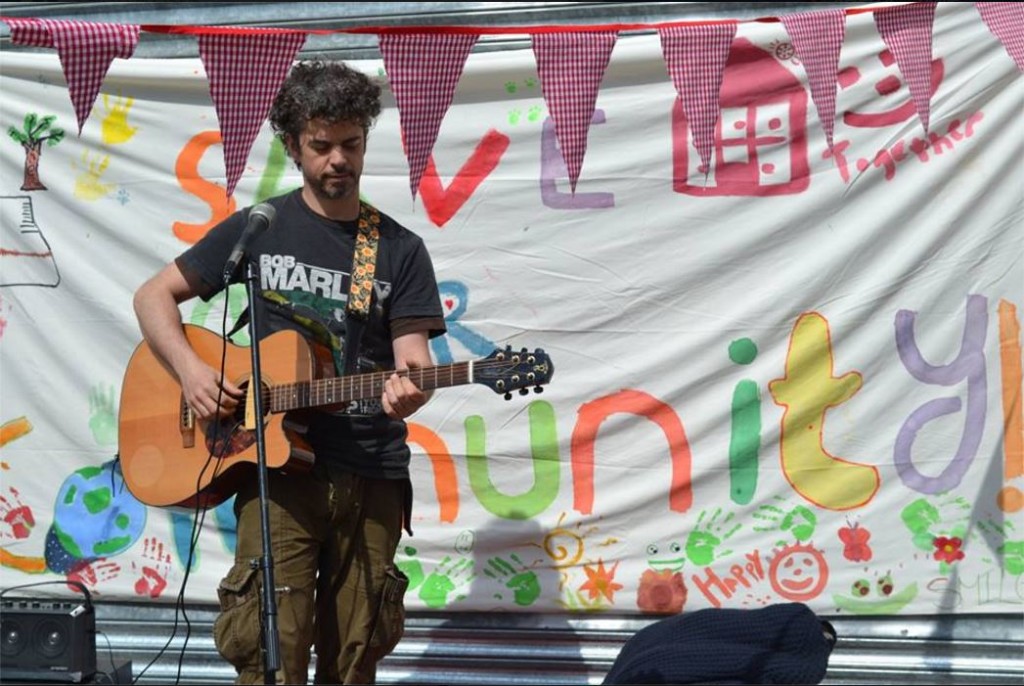 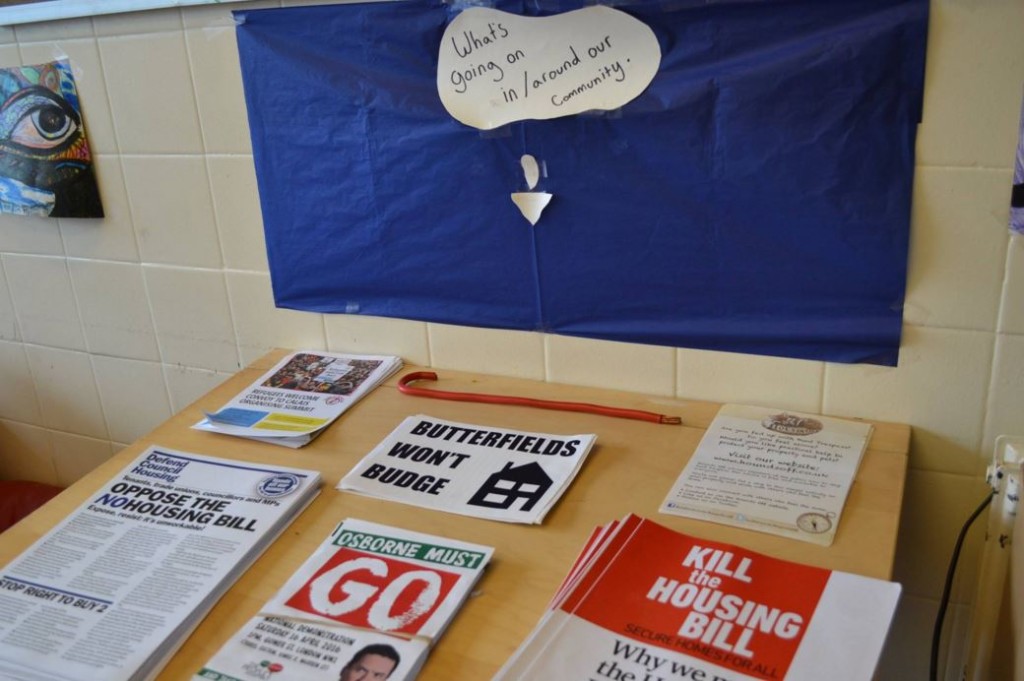 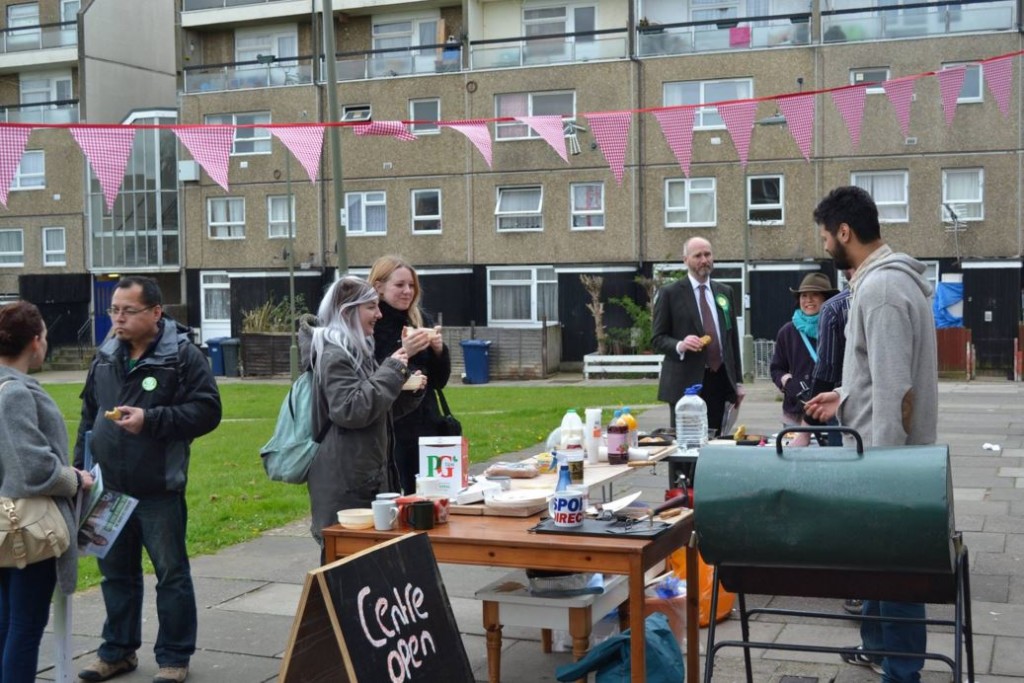 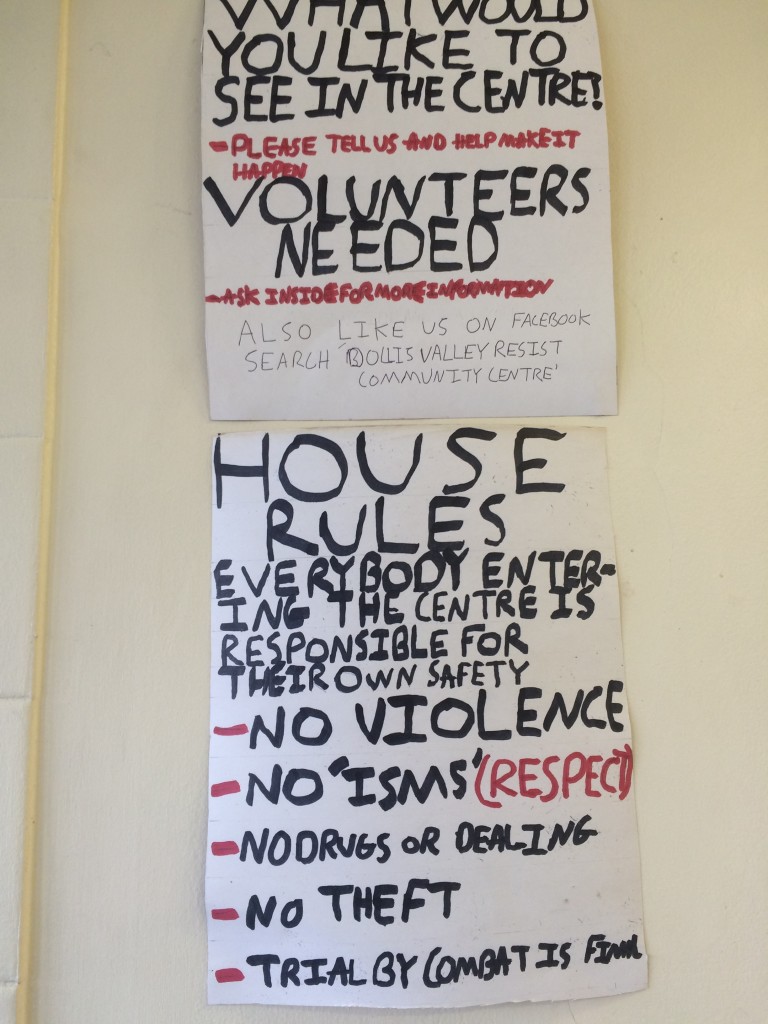 It’s a precarious existence, and perilous for some. But the squatters insist it’s worth it. 22-year-old Bushi, another resident and a Cambridge law graduate who has been squatting for a few months, is sold on the philosophy of the lifestyle. “I don’t believe in the government controlling us – we are the people, we have rights,” Bushi says. “I don’t want to be restricted in how I live my life. By breaking away from societies’ rules I can open my mind to better things.”

If you’re squatting or considering you may find Shelter’s advice helpful.

Or if you want to find out more about Dollis Valley Resist Centre, then visit the Facebook page.