London now has a halls of residence for grown-ups

It’s exactly as awful as it sounds

University is great. Even before you moved into the first halls of your chosen institution, every adult you ever met told you they were going to be the best years of your life.

And what’s more uni than halls? The empty beer cans on the windowsill, the miscellaneous stains on your duvet, the drinking squash out of saucepans because you couldn’t be arsed to wash up a glass. It was heaven, and you’d have done it for the rest of your life if you could.

Well it turns out you actually can. Welcome to The Collective – the ominously-named “co-living” space which has just opened up in Willesden Junction, northwest London.

This is not a horror movie

For just £1,100 a month, residents can rent an en-suite room with a cleaner, a shared kitchen and communal spaces with free Wi-Fi, games rooms and a cinema. So it’s sort of like your first year of uni, if you were paying twice as much and if everyone in the whole building was the same age as that one older guy who never left.

Imagine that, but with 550 of them: like 44-year-old new resident Erik Vonk, who won’t even have to pay to launder his scarf any more. “Everything’s so new so at the moment it is a bit eerie – I think the hardest part for the team will be building the community,” he says – a statement which manages to make a building called “The Collective” sound even more like a futuristic death cult than it already did. 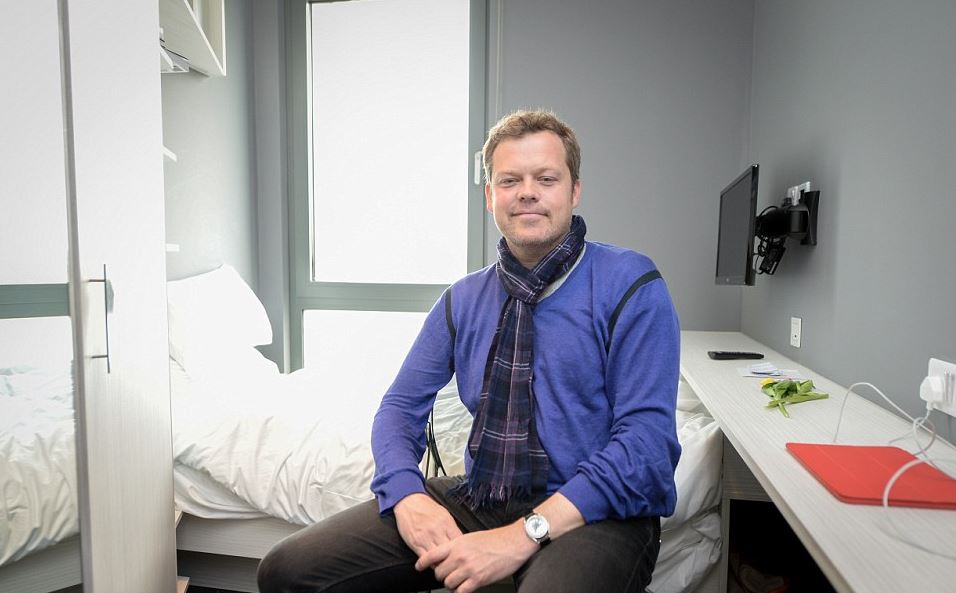 Erik in his spacious twodio

Everything about the definitely-not-a-halls-of-residence reads like a checklist of cringe extras for stunted adults. Themed dining areas? Check. Texting your “community manager” to come and change your lightbulb? Check. Even the shared flats are referred to as “twodios” – and if that doesn’t make you want to beat yourself to death with the communal DJ decks, you’re part of the problem.

The Collective claims to be a co-living space for “those who want to make the most of London life”, but in reality it’s the opposite – it’s a place for those who want adult life to be as easy as humanely possible. It’s not even cost-effective – £1,083 a month is about £300 more than you’d pay for a crap two-bed in Hackney, Peckham or Clapham, and you’d certainly get a real taste of London life there. 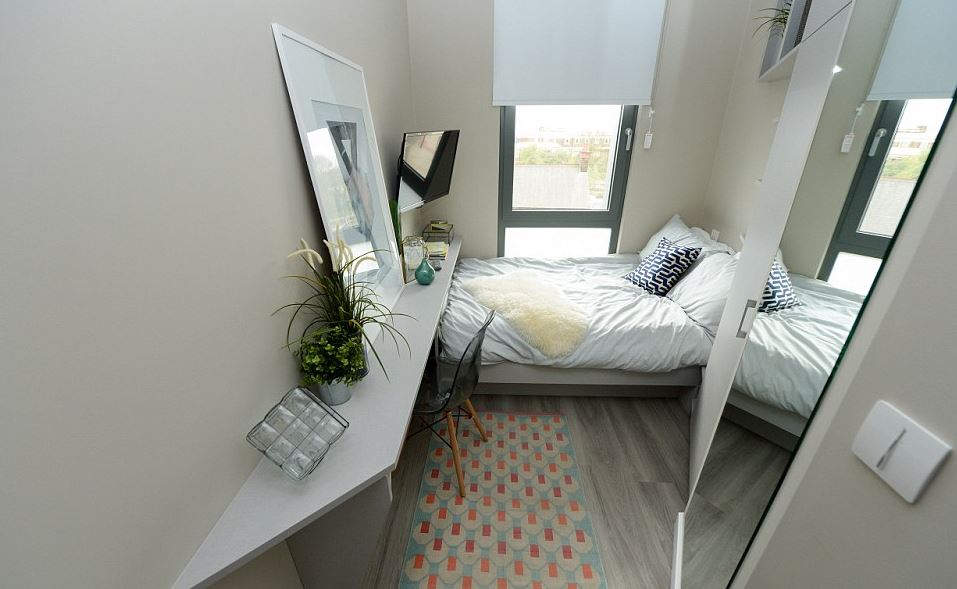 This is a room for an adult human being

So if it isn’t even cheap, what possibly draws people to this claustrophobic Black Mirror-meets-Fresh Meat hellscape? Simple: it’s the dream.  The dream that adult life can somehow be as fun as university, or that living in a Nickelodeonised version of High Rise is enough to stem the stress and loneliness of adult life.

The fact is, though, halls were fun because they were full of fun people – people from all walks of life, thrown together at random. Most of your friends from halls have grasped the fact that uni is over, and therein lies the problem.

Trust me: there’s a big difference between smoking weed on a beanbag in your mate Ryan’s flat and playing ping pong with Erik Vonk in a French-themed communal dining area. 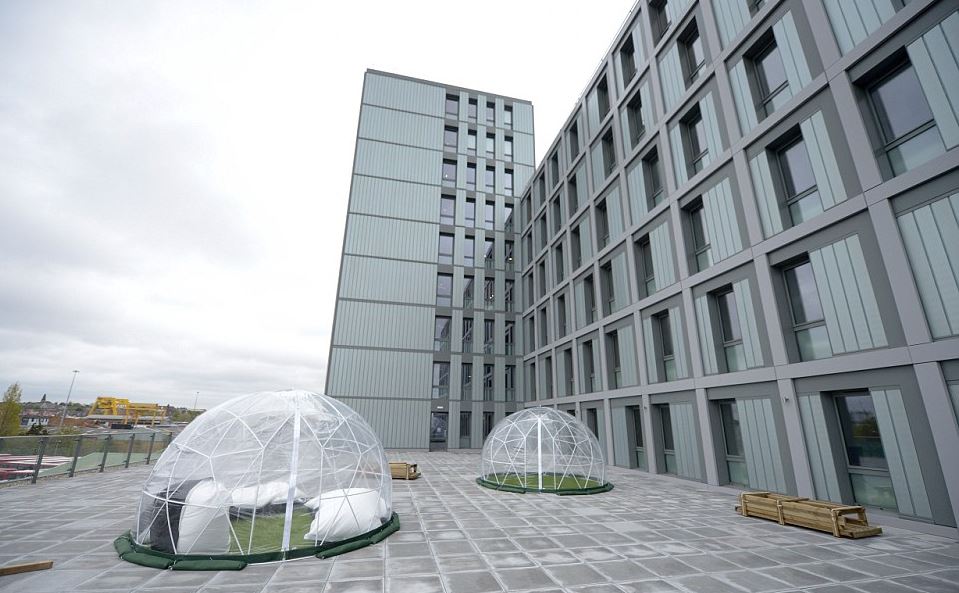 The recreational domes you never knew your home was missing

There’s something sad about the need to be coddled, to shirk paying bills or even doing your own laundry in favour of living in a tiny white box room where you don’t even have to make friends for yourself. Christ, there’s even a TV mounted on the wall – and if that isn’t the very definition of soulless, I don’t know what is.

Living in halls was a rite of passage, that much is true. But perhaps it’s only right when we leave it to the 18-year-olds.