Capitalism is dying – and we’re all becoming socialists

51 per cent of millennials ‘do not support’ it

Thatcher once told Gorbachev, “we are all capitalists”. At the time, she was right. To be a “capitalist” carried with it a desire to own a home, climb the dusty social ladder and smash the glass ceiling. But now, we are of a moment and a generation where it is instead a duty and a necessity to say, “we are all socialists.”

Do you feel the revolution? According to a poll conducted by Harvard University, an increasing number of young people “do not support capitalism”. The results of the poll are enough to make any Guardian columnist intellectually spunk themselves: 51 per cent of the respondents, between the ages of 18-29, were found to have “negative” views of capitalism. I can already hear Owen Jones and Laurie Penny tapping away excitedly. “Millennials will overthrow capitalism, end bigotry and they’ll do it all on their iPhones in an independent cafe because Millennials are just great.” 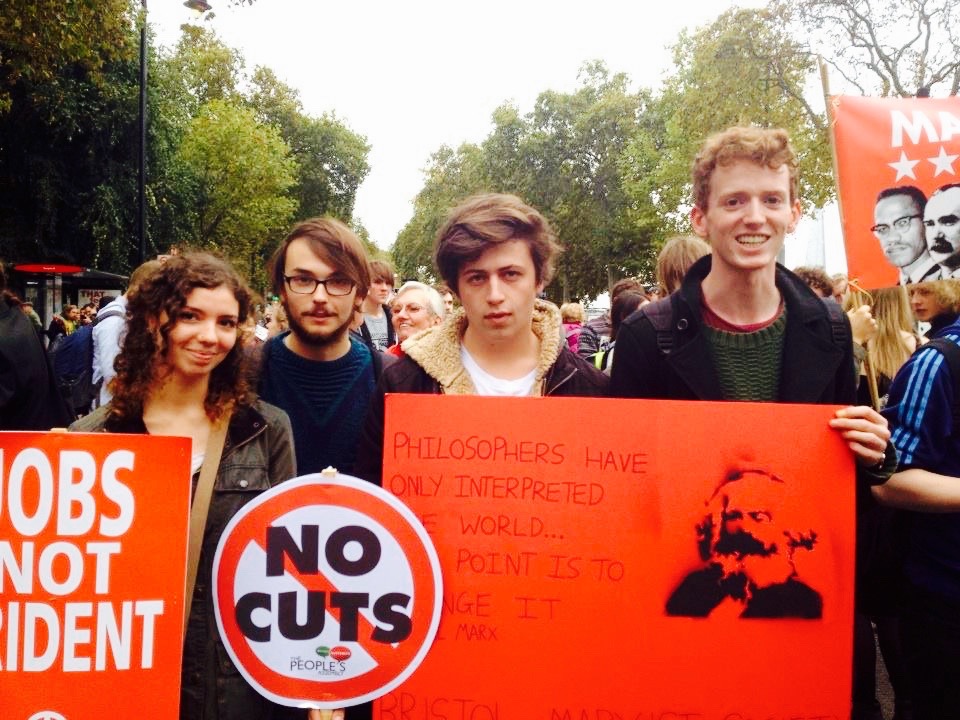 Arguably, the poll is the latest in a long line of infantilising discussions about so-called millennial culture. At times, they heap praise on us because of our high-tech entrepreneurship. At others, they claim we’re work-shy freeloaders, living off our parents. The Guardian, which has a particularly deep-seated penchant for the word “millennial”, pens dozens of articles relating to our permanent state of being inalienably economically screwed.

But the truth is we are unreservedly screwed – it’s capitalism that is to blame. Capitalism has become a system of profit-hungry, antisocial corporate monsters, unemployment, off-shore tax avoidance schemes, casino banking, inhuman inequalities between the rich and the poor, and dry, faceless establishment politics.

There’s little reason to question the results of this poll, though it’s a lot more serious than a straightforward discussion about millennials. Bernie Sanders’ entire campaign has been cemented by the social fears and economic insecurities of Generation Y: the joblessness, eye-watering debt, the vanishing chance of owning our own homes. Social mobility is lower than it was in the 1930s, the sky-rocketing rental market in London is pushing young Brits to live in Berlin, and the automation of jobs is creeping into our already dismal futures.

These fears used to be the reserve of the lower classes. The reason they’re likely getting more coverage now is that they’ve also become the fear of fairly affluent middle class kids whom, upon leaving education, are faced with debt – our punishment for the luxury of an education. In the words of Maurice Glasman, the bailouts of 2008/2009 were “the greatest redistributions of wealth from the poor to the rich in British history.”

The 99%, the “great unwashed”, the filthy plebs, are no longer salt-of-the-earth white working classes, left to rust and waste in decaying, de-industrialised council estates. The middle classes, from post-grads with bleak futures to single mothers with part time reception work, are slipping into the servitude that the Old World sought to distance them from. The automation of jobs used to only threaten manufacturing industries; now it predominately threatens the service economy. The white collar jobs of the middle class will likely be obsolete within the next 30 years. 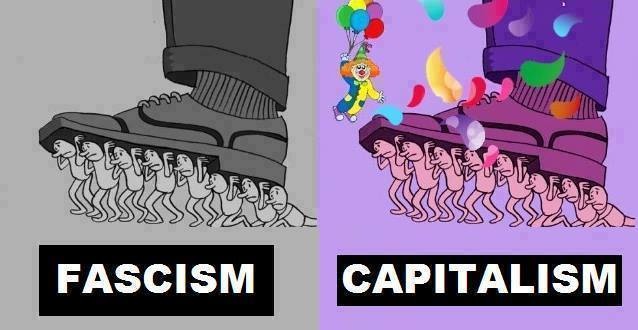 And so millennials are justified in detesting capitalism: it is a system based on ritual humiliation, forcing people onto grad-schemes to debase themselves for the luxury of losing their lives and precious time in a job that requires all of it.

Unless you have your sights set on banking, you’re screwed. You plan on going into teaching? Have fun with that, because the regulations that once protected the educators of this country are being scrapped. You want to be a doctor? Enjoy the cuts in pay, the increase in overtime, the snatched cigarette breaks. You want to follow your dream and go into journalism, music or the creative arts? Enjoy your holiday – because you won’t be working, you won’t be getting paid, and you won’t be valued unless you prostrate yourself at the feet of capitalism.

Capitalism is the short-fingered, ugly, bloated and entitled first-born son of civilisation, and he’s falling out of favour. Civilisation’s daughter, Socialism, is far nicer. Sure, she’s a bit of a hippy, and is slightly delusional at times, but she’s empathetic and generous. At the risk of slightly over-doing this metaphor, she is willing to buy you a drink when you’re hard-up and doesn’t ask to be repaid, cash in hand, like her bastard of an older brother does.

Ladies and gentlemen, comrades of every persuasion: I implore you to hate capitalism. You have nothing to lose but your humanity.