Here’s every mad thing that happened at the NUS conference

Liberal hug-fest it is not

There seems to be a notion floating around that the NUS National Conference is a massive student hug-fest, three full days of jazz hands, crafting, and Corbyn. However the reality of the conference is very different: factional groupings rule conference floor, days last upwards of 12 hours without breaks for food, and one motion took over an hour to pass. While dull procedural motions have a tendency to blur into one another, there’s always room for heckling, singing, and submitting votes of no confidence in the chair. 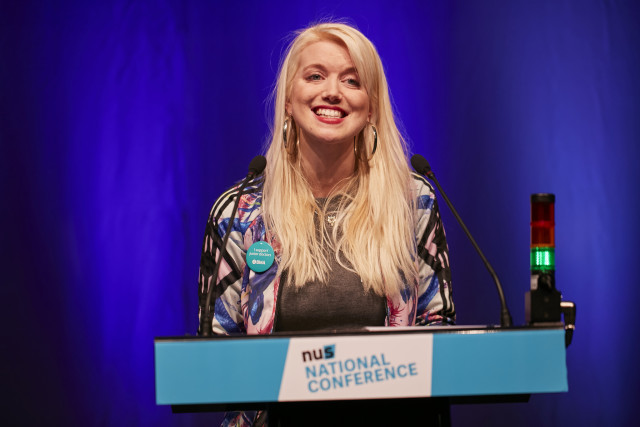 Vice President for Welfare (and Jeremy Corbyn’s biggest fan) Shelly Asquith had a frankly huge campaign team of 26 delegates in the run up to her re-election. Roles included a “personal support” manager to accompany Asquith at all times and make sure “Shelly is eating and drinking” throughout the conference and a remote social media team to flag “critical tweets”. Her campaign plan also lists “graffiti” as part of her campaign task summary.

People left because they couldn’t stand the screams

Michael Gibbon made a jibe about Northerners being thick

Some speeches have included content miles away from the jazz-hands and political mindedness that comes to mind when thinking of the NUS. The all-time best comes from Michael Gibbon of the Huddersfield Students’ Union who in a speech arguing for delegates to make their own minds up said ‘I’ve got people in Huddersfield who probably couldn’t even spell ‘EU Referendum’ never mind stay in the Referendum or anything else like that’.

A delegate sang his speech in the style of Spandau Ballet

Sam Gold of Leeds University Union got a standing ovation for delivering his election speech as a song. You absolutely cannot make this shit up. Gold also argued in favour of the motion to officially commemorate Holocaust Memorial Day.

The NUS and the social media platform YikYak are like oil and water – they just don’t mix. This National Conference has seen a decision to push for working with social media like Facebook and YikYak to introduce restrictions on anonymous troll accounts, amid fears that it would infringe on free speech. It mainly aimed this at banning YikYak during election time at their respective SUs.

People kept submitting votes of no confidence to waste time 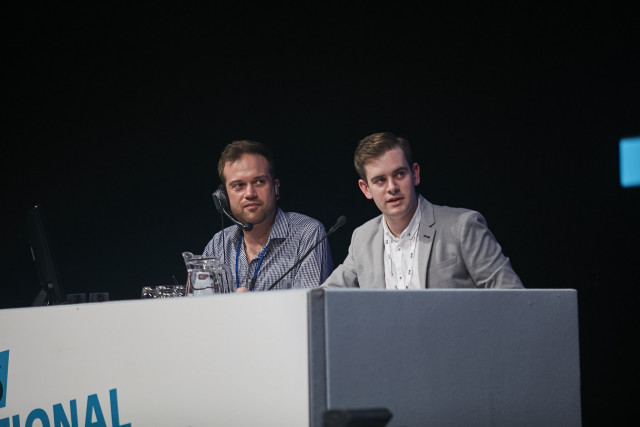 There were two Votes of No Confidence (VONC) in the chairs (Vonnie Sandlan and Fergal McFerran respectively) within two hours of each other on Tuesday, and every single chair throughout the conference faced a VONC. Some delegates accused those submitting VONC of political time wasting so as to prevent certain motions from being debated. Delegates were reprimanded for heckling chairs when certain people weren’t chosen to speak for or against motions.

Lots of motions are effectively rubber-stamping

The NUS conference and the National Congress of the Communist Party of China have a lot in common – speeches that include ‘worker/student struggle’, ‘Tories are Satanists’ or the old adage ‘Free Education’ receive vigorous nodding and countless rounds of applause. Motions that affirm the NUS’ grandiose mission fly through the Conference floor by bored, hungry and tired delegates who fear upsetting apple cart.

They voted to boycott the National Student Survey

The annoying survey that fills your inbox and pops up uni computers was boycotted by the almighty union. They encouraged a mass sabotage and “wreck” the NSS – which is used to track student satisfaction. The Government had planned to use satisfaction scores against graduate employment stats to determine a university’s performance. If successfully passed, unis could charge more than £9,000. 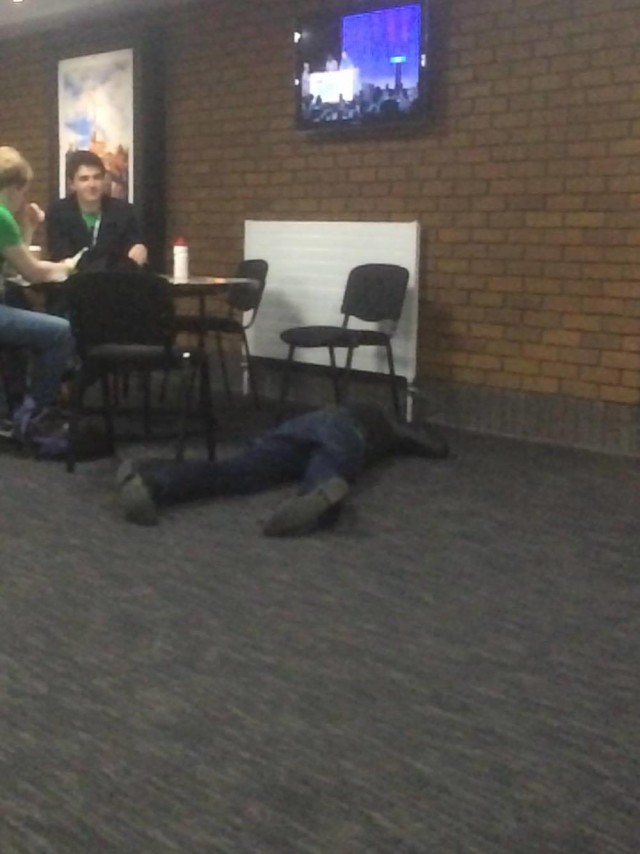 Both delegates and press will have worked 29 hours across three days at this year’s national conference. People often had to choose between going to important fringe events and eating or getting fresh air. On the first day of conference there were informal presidential hustings between 9:30pm and 11:30pm – over 12 hours after conference opened. 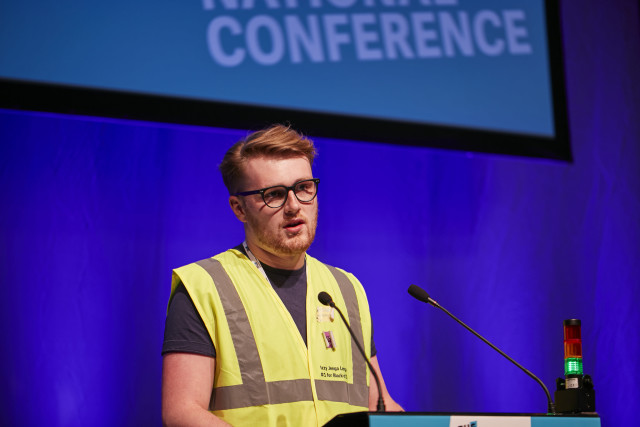 A delegate from the University of West London sassed out the entire NUS in a mere 90 seconds, claiming that they’d “rather fight ideological battles than relevant issues”. He also said that “NUS needs to get in the sea”, cracked a joke about June Sarpong endorsing him, and slammed the NUS’ decision to boycott the NSS as outdated – “2006 called, it wants its HE policy back.”

Honestly disgusted that we had to listen to speeches against commemorating HMD #NUSConference https://t.co/UyQo2FVm9N

Serious concerns about anti-Semitic prejudice have been one of the main talking points of the conference. There was great excitement surrounding a Motion that wanted sought greater recognition of the problem of anti-Semitism on campus, partly because some delegates voted against an amendment to recognise Holocaust Memorial Day amid concerns that “it suggests some lives are more important than others.” However, the motion was easily passed by a fairly sizeable majority.

Delegates kept being told off for being too ‘rowdy’ 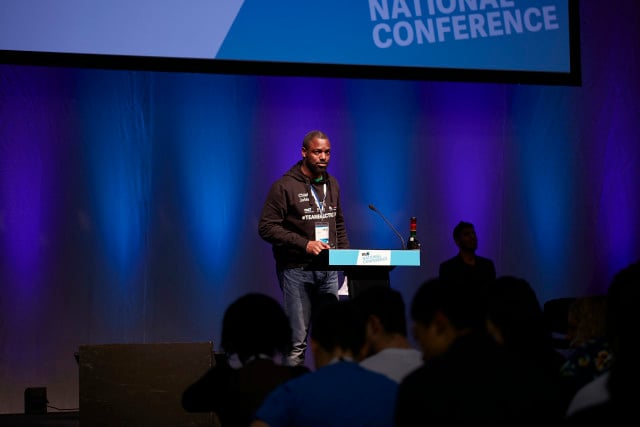 Jules of the DPC laying down the law

“Conference can we come to order please” seemed to be the phrase of the week, with both the chairs and the Democratic Procedures Committee repeatedly chastising delegates for making too much noise after speeches and during voting. One delegate made an announcement on Tuesday saying that they were “disgusted” with people for continuing to scream and whoop after speeches – as someone had to leave after it triggered a panic attack. Voting had to be carried out in silence on the last day after delegates repeatedly ignored calls to keep noise levels down.

There were tears of joy on the conference floor when the motion to implement a full time liberation officer for transgender students. One delegate has been condemned for referring to the motion as just “bants” in their speech against it. This follows this year’s first Trans conference, and will sit alongside the other liberation campaigns within the NUS. The same motion fell last year, despite very few delegates being willing to speak against the motion.

Delegates overwhelmingly voted against a motion to implement a policy of OMOV in full time officer elections. The motion, proposed by York, argued that the current system of representative democracy within the NUS and for a system of direct election of the NUS President and vice presidential positions. One Member One Vote would have given all students a say in who was President, for example. However, delegates from smaller institutions argued that the NUS would become the “national union of Russell Groups” if the motion was to pass. Some student unions have threatened to leave the NUS in response to the motion falling.