There is a petition to change the legal definition of rape

Someone has launched a petition to change the legal definition of rape in the UK to include female on male rape. Overnight, the petition reached 10,000 signatories, which mandates a response from the Government.

The petition suggests that under British law, only men can be convicted of rape, and any sexual offences committed by women are seen as acts of sexual assault, which carry a lighter sentence. It also states that, “rape to be equal must be gender neutral.” 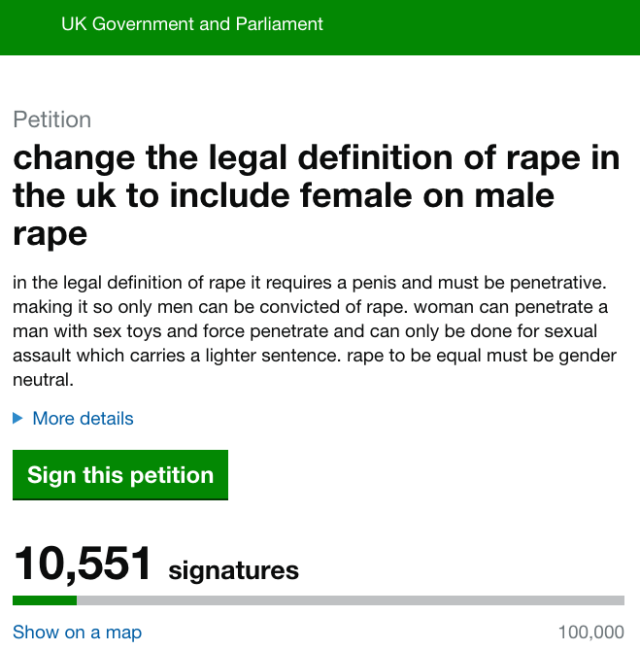 According to current Government legislation, “Section 1 makes it an offence for a person (A) intentionally to penetrate with his penis the vagina, anus or mouth of another person (B) without that person’s consent if A does not reasonably believe that B consents.”

The OED defines rape as, “the act or crime, committed by a man, of forcing a woman to have sexual intercourse with him against her will, esp. by means of threats or violence.”