More and more people rely upon Airbnb for holidays: it’s more of a laugh to stay in an apartment, and some of them are undeniably sick. However, for British photographer Josh Dunlop, Airbnb provides a home. Or rather a series of them: since Christmas, he’s been travelling the world and spending almost every night in an Airbnb. On average, he spends $1,500-$2,000 on rent a month.

When I chat to him, he’s just waking up in Austin, Texas where he’s been based for SXSW and a couple of other conferences. “Yeah it’s been alright,” he explains, “though I nearly left early because there was a massive infestation of cockroaches. They’re horrible. We don’t have them back home. I told the landlord and they were really good so the place has been completely cleaned now, all sorts of chemicals and sprays, really thorough.”

This isn’t Josh’s first encounter with cockroaches: his booking in Buenos Aires also had a pest problem. “That was not handled anywhere near as well. I did leave and move somewhere else before my stay was up. It was too much.”

Clearly, travelling from one Airbnb to another isn’t always the romantic, backpacking lifestyle you might imagine it to be.

So Josh, where have you been so far this year?

Well, I’m currently in Austin, Texas. Between the start of the year and the end of May I’ll have spent one month in Buenos Aires, one month in San Diego and three nights on a road trip through Yosemite. I’m also staying at Joshua Tree, San Francisco, Miami, Medellin in Colombia and Cartagena. By the end of May I think I’ll have spent every night apart from twelve in an Airbnb. The only breaks will have been some time in a hotel and some nights at a friend’s house. 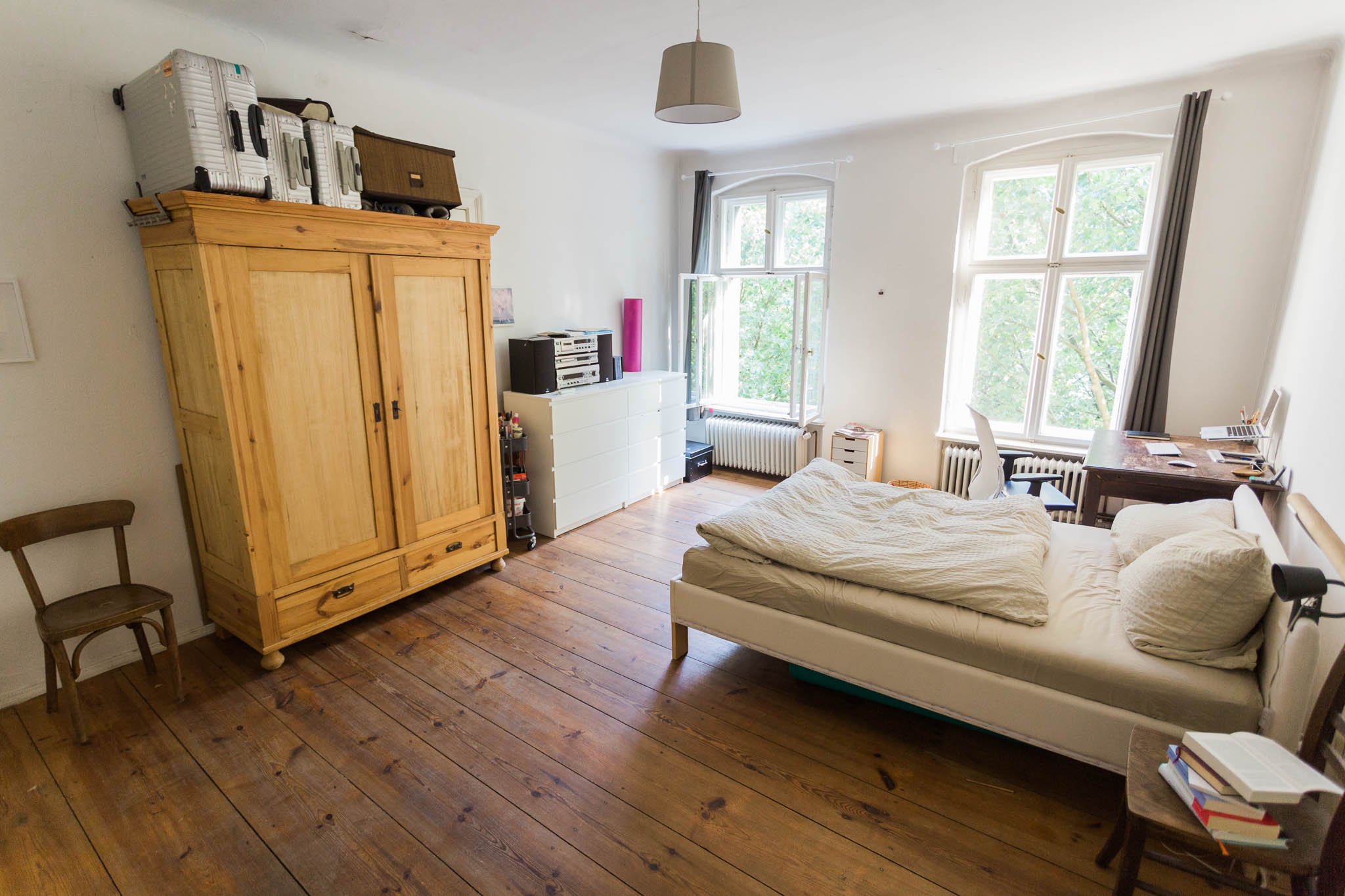 Inside Josh’s Berlin Airbnb: ‘The landlady had really poor photos on her listing so I offered to take new ones for her’ 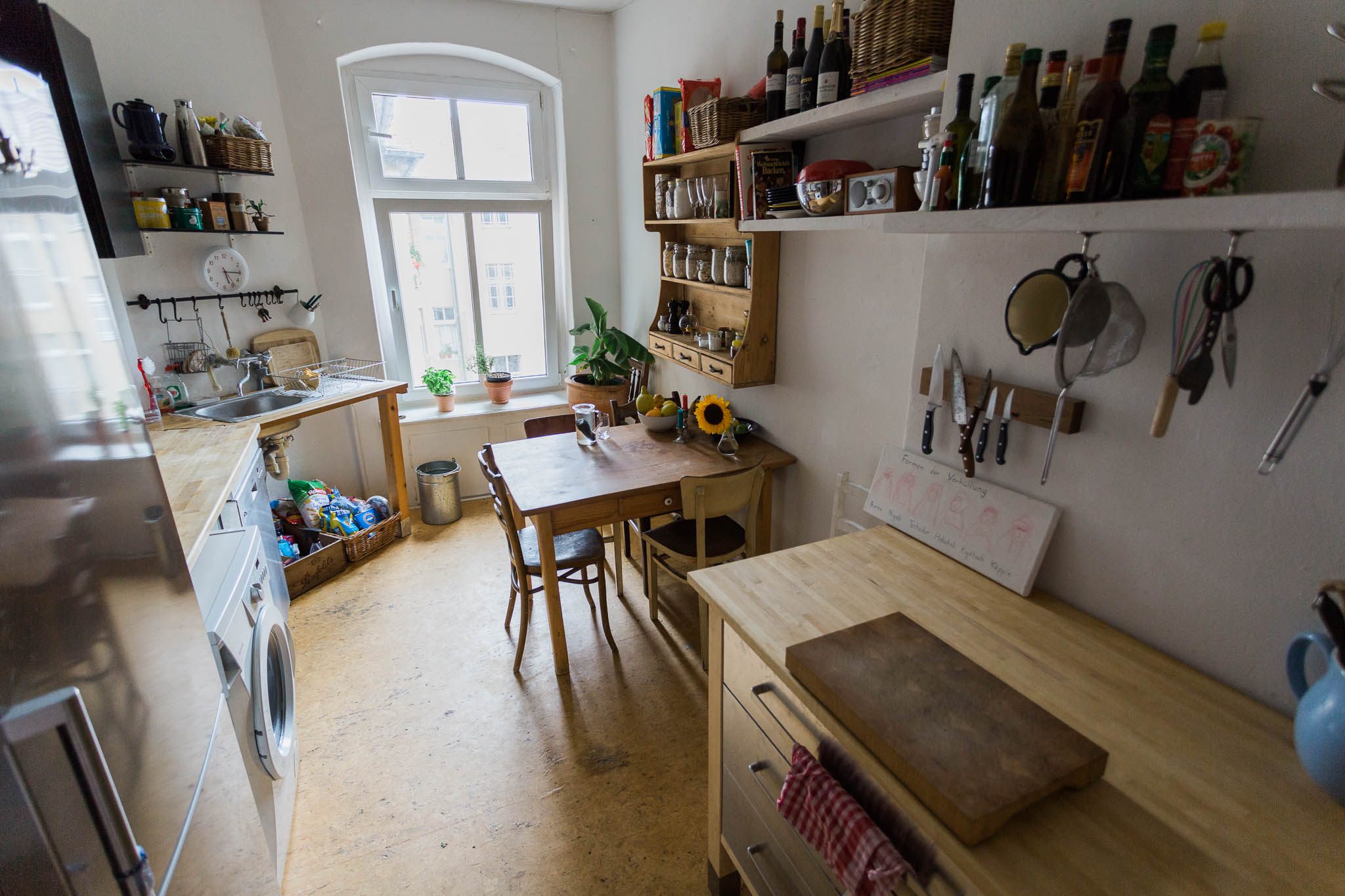 What is it about Airbnbs that’s so appealing?

I prefer them to hotels. It’s just easier: I don’t have to worry about being out of the room while it’s cleaned or anything like that. If I can, I choose places where I get an entire property rather than sharing. Sharing short-term is fine but long-term it’s like getting a new flatmate who you’ve never met before. It can also make dating weird because you’re basically bringing a person back to someone else’s home.

That said, sharing can be fun. At Joshua Tree I stayed with another photographer and I’m actually only going back again so I can see him and go and take photos. While I was there the first time he acted as my guide, lent me lenses and showed me where to get some really good photos of the Milky Way.

Have you had any really bad experiences?

Buenos Aires was pretty bad. When I got there the woman had created a contract for me to sign which said ‘if you break anything, you pay for it’. Everything was really over-valued though, a rubbish $30 TV was listed as actually costing $1,000. We also kept having day-long power-cuts, there was a problem with dripping water, some of the pans weren’t washed, there was a gas leak. On top of all that, there were the roaches.

Another fairly bad one was San Diego where I was paying over $2000 a month. There were weird things missing, like there were no sharp knives in the kitchen, just lots of blunt steak knives. The next door neighbour was half-deaf so all you’d hear through the wall was their really loud TV and if you asked him to turn it down he’d get very hostile. The WiFi was terrible too, which is difficult for me because my work is all online. 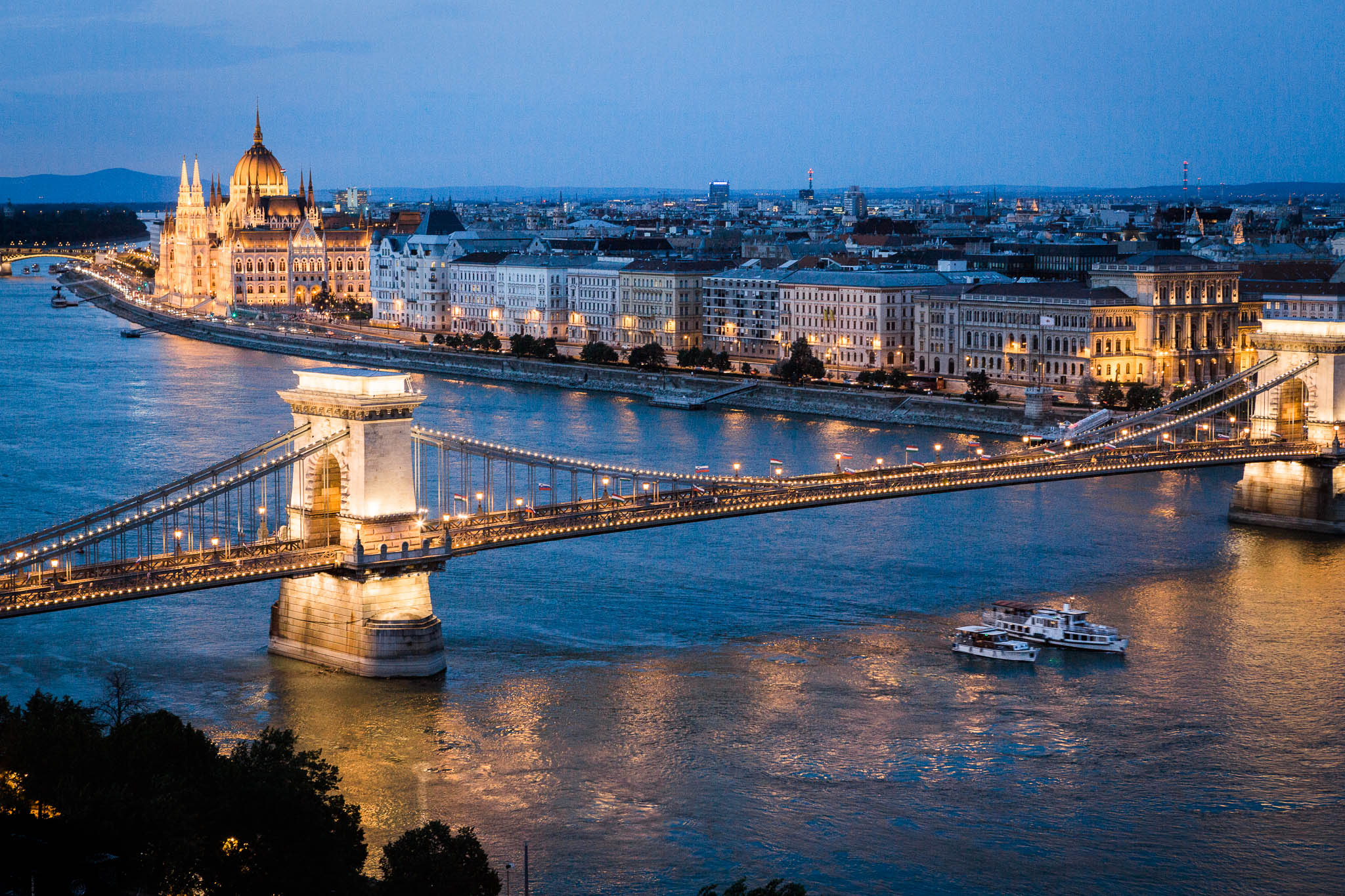 When you have somewhere with problems like that, what’s the best way to handle it?

You can’t be shy about complaining if there’s a problem with your Airbnb. If there’s a problem and they don’t fix it, you shouldn’t be afraid to mention that in your review either. I gave the woman in Buenos Aires a horrible review but it hasn’t affected any of my other bookings. Airbnb are also great, you can tweet them if there are any problems. I sent them a picture of the roach extermination happening and within five minutes they got back to me to check things were OK.

What about the nicest place you’ve ever stayed in?

Probably the place in Colombia. It’s not an expensive country but I picked an expensive place, run by this Australian who manages hundreds of properties which are all done up very nicely. I was willing to spend a few hundred extra dollars to not have to worry about missing the basics which help make life comfortable. It was a penthouse apartment and the whole service was really impressive: he arranged a car to pick me up from the airport and everything. 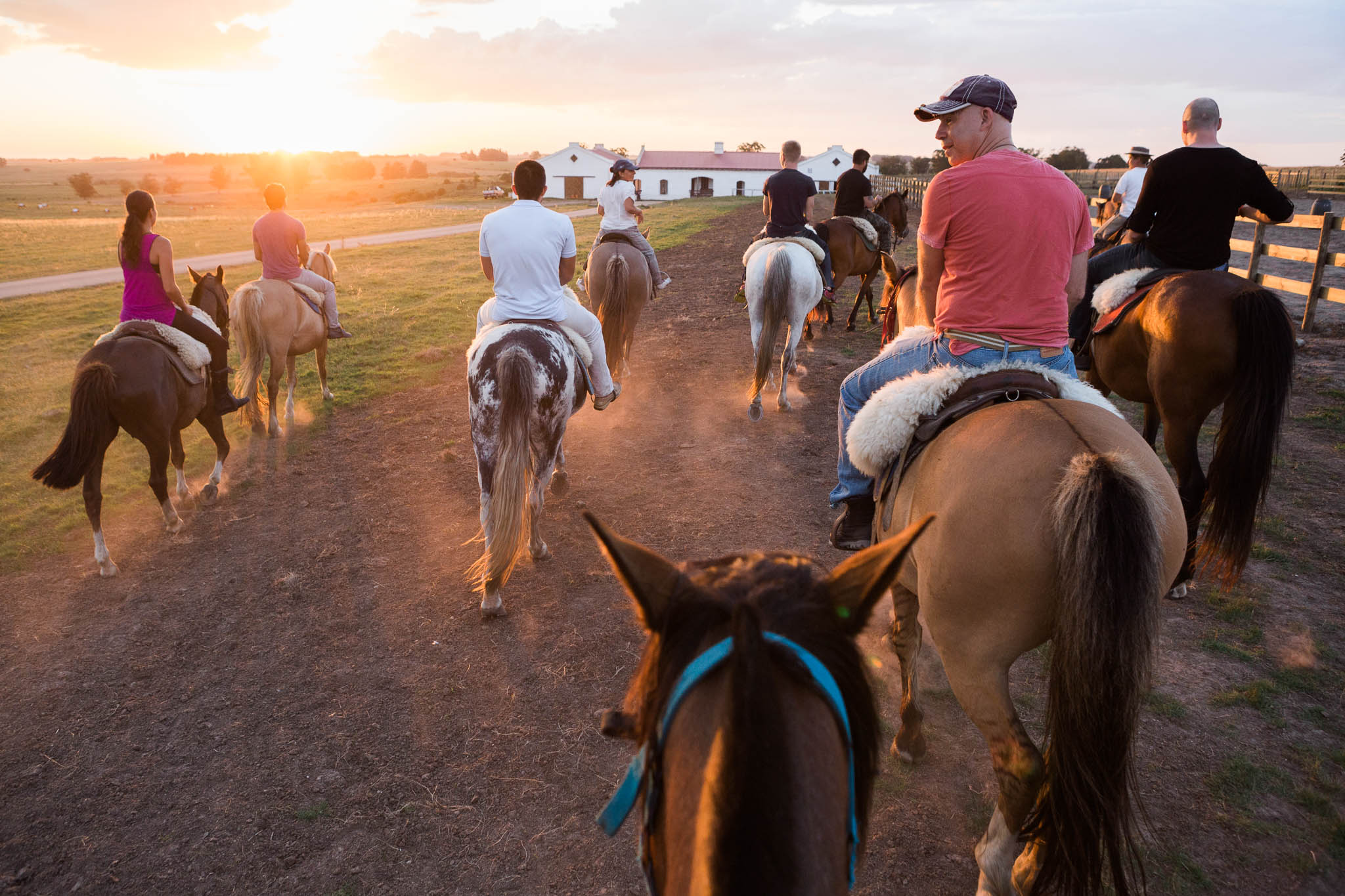 How does living in Airbnbs work out financially?

Because I’m rarely able to book in advance, I do tend to have to just take places which are left. However, a lot of places will offer monthly discounts, sometimes as much as 55 per cent off if you’re staying for a whole month.

Even with this discount, I’ve had to up my budget substantially. Limiting myself to $1000 per month put me in some very ill-equipped places in the past. It’s little things: one place didn’t have a chopping board in the kitchen, some don’t have washing machines. I once booked a month in Budapest and it didn’t have any WiFi. Before then, I’d always assumed everywhere would have WiFi so that was a shock. I’ve now learned to make sure places in certain countries have certain amenities.

What else do you keep an eye out for in listings?

Photos are generally a good indicator of how good somewhere will be. You have to take them with a grain of salt though. If the photos are poor quality or too small then that’s a red flag. For example, I’m looking for somewhere to go away with some friends at the moment and this place is listed as being a four-bed but there are only photos of two beds. When that happens, it’s important to contact the host for clarification. 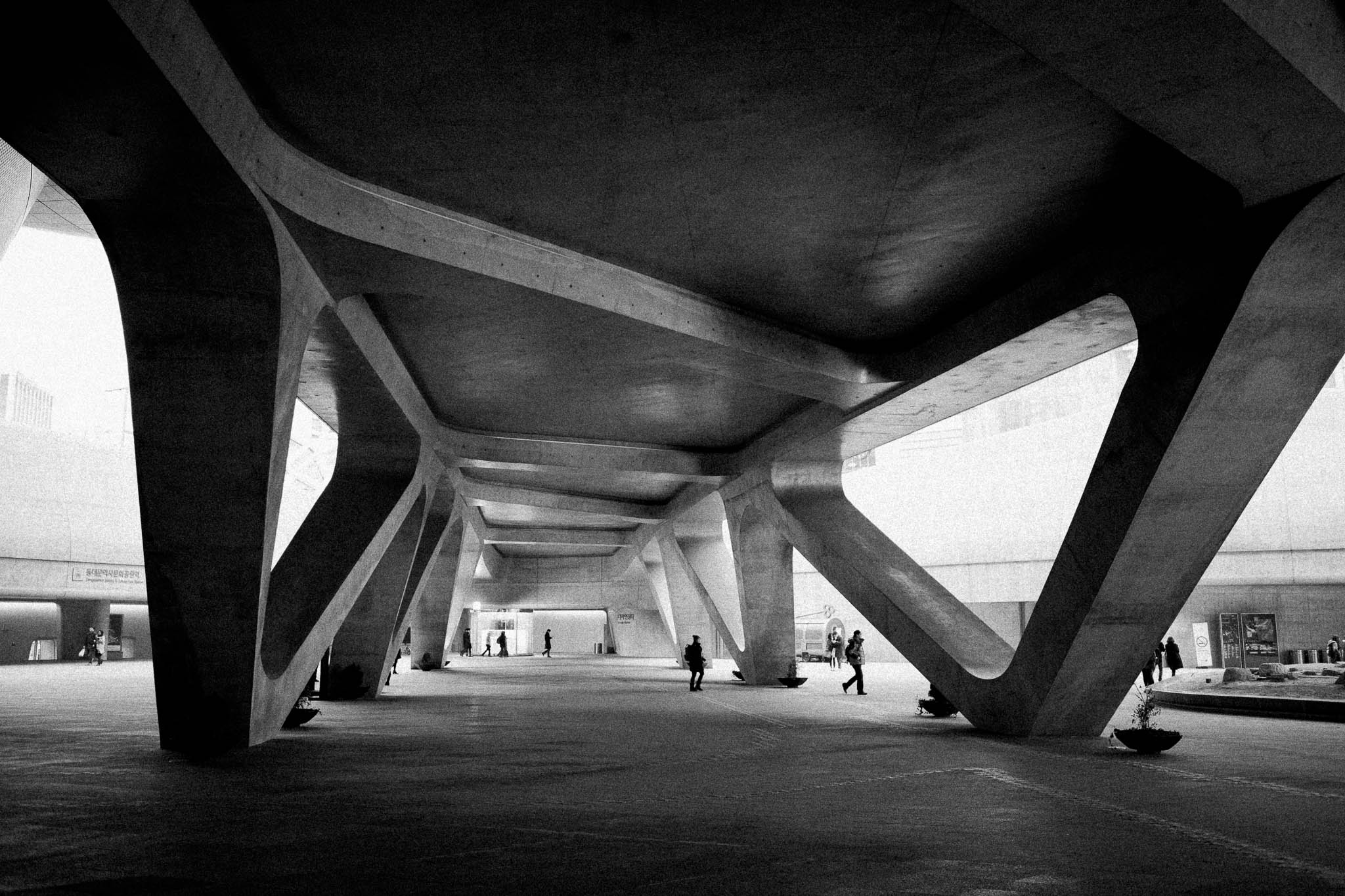 At the beginning of 2015, Josh spent time in Seoul, South Korea

“I wasn’t quite sure how to put it when I made my add [sic]. I’ve travelled quite a bit using Airbnb my self [sic], and when I’ve looked at apartments, people have usually chosen to count a double-bed as two beds. So I decided to do the same + state this as clearly as possible in my add. I didn’t want to put the air mattress as well though, since it’s not really a bed. So I’ve just mentioned it in my add as well. So that’s at least the explanation and logic behind it. Sorry if it doesn’t meet the requirements for your stay.”

Josh said to me: “The thing is, there’s a separate option for that. You can list bedrooms, number of beds, and number of guests it sleeps. Basically, if you take anything away from this, always read the ad properly and know that people will lie openly on their listings.”]