Zac Goldsmith doesn’t know a thing about the Central Line

Or where QPR play

Zac Goldsmith’s mayoral campaign has been an awkward, low key, shuffling disaster so far. He trails his rival Sadiq Khan in every poll and major interviews make him seem, well, a little weird. Today the softly spoken multi-millionaire endured the further indignity of a kitschy interview conducted in the back of a traditional London black cab.

Asked by the BBC’s Norman Smith about football, a subject that the clearly uncomfortable Goldsmith knows absolutely fuck all about, he made this face: 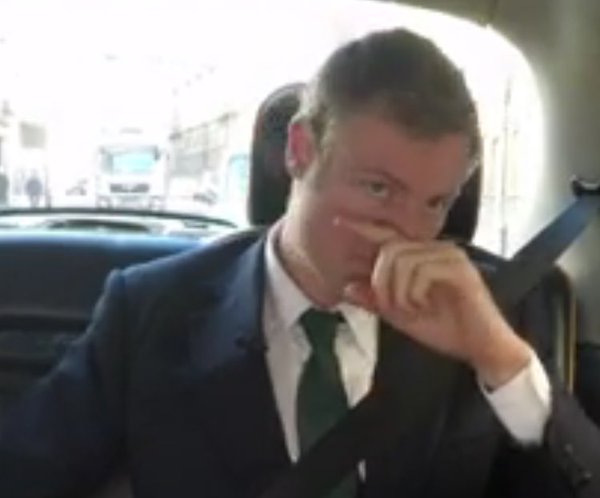 Goldsmith had been asked which team plays at Loftus Road. Looking distressed, he said: “I don’t know…What’s the answer?”

But it would only get worse when Smith asked him a basic question about the Central Line. Having told the BBC man that he used the tube “often”, Goldsmith was asked to identify the next station in the sequence Bond Street, Oxford Circus, Tottenham Court Road…

Bizarrely, the one thing about London that our probably-not-Mayor-to-be did know was who the first landlord of Eastenders’ fictional Queen Vic pub was.

Smith wasn’t done with Goldsmith, however, and pressed him to name the location of the Museum of London.

“It’s by the Barbican,” Smith replied.

Smith had posed similar questions to Sadiq Khan on Monday. Much to the relief of everyone involved in his campaign, Khan was able to say that Crystal Palace play at Selhurst Park.