An ode to the Casio F-91W, the only watch you’ll ever need

It’s a way of life

F-91W. To civilians it may seem like a random jumble of alphanumeric characters, but to those in the know it is so much more.

It’s a way of life, it’s a golden ticket to success, it’s… a watch. But what a watch it is. 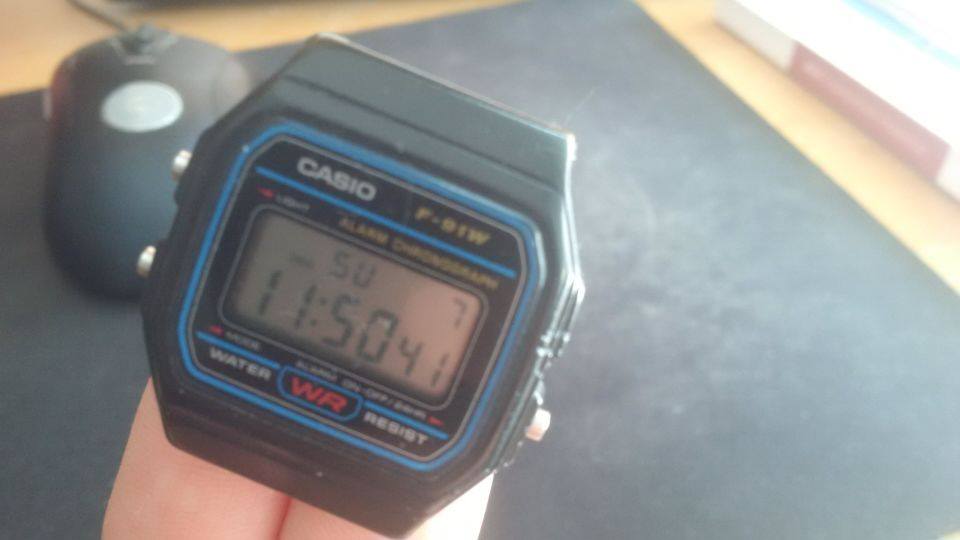 It’s unostentatious, almost to a fault

My flatmate has a TAG Hauer. I understand why he loves it – it’s shiny and he’s a Scouser, and I hazard that’s the closest thing to a missing link between magpies and humans that science could discover. As nice as it looks though, it’s a hugely baroque and bulky mess. It has dials on dials on dials and wouldn’t look out of place being referred to as a “wrist-mounted chronometrix” by someone dashing around a TARDIS or captaining the Nautilus.

Meanwhile, the humble F-91W sits all but flush against your wrist, not drawing attention to itself. It knows its wonder – it doesn’t have to crow on about it.

I’d say most of the computer scientists I know have a F-91W. And as we all know, Computer Scientists are the fittest. Wearing an F-91W is like wearing a sandwich board which says “yes, I will sex you good”.

Not only that, but because of its dual purpose as a timekeeping implement, you’ll have no problem scheduling all of your subsequent dates to an accuracy that loses only ±30 seconds per month.

It will bring you closer to John Cena

It costs a mere tuppence 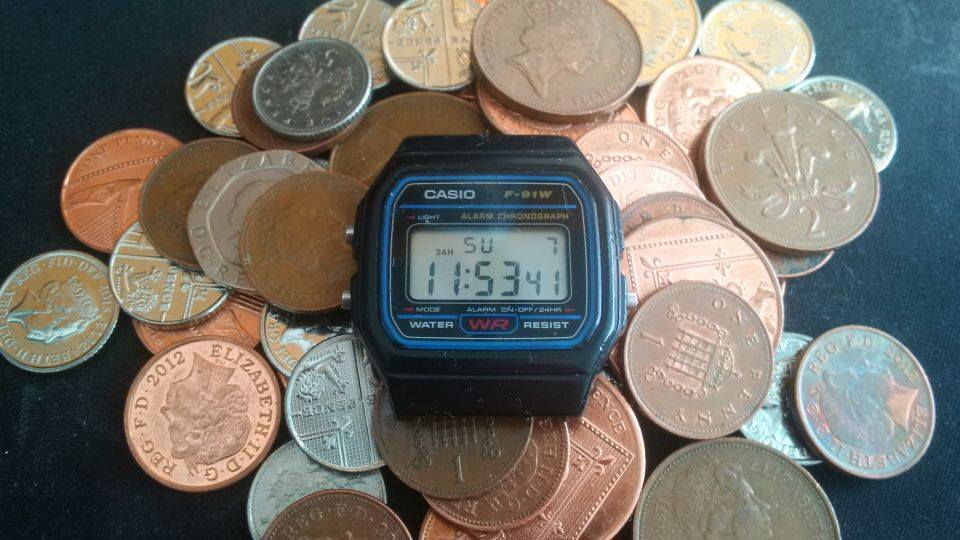 You can get one for seven quid on Amazon. For little more than the price of a meal at Spoons, you too can join this exclusive club. That low pricetag also means that whilst you will value your F-91W as the life-changing piece of tech that it surely is, you won’t be too put out if you break it/lose it/have it stolen by one of the many jealous F-91W thieves who roam our streets every day.

I’ve been through about three in the past few years – when the strap of one broke I just blu-tacked it to my wall to create a makeshift alarm clock. The F-91W fuels invention and human ingenuity.

Who really uses analogue clocks any more, besides LARPers and troglodytes?

Someone once scoffed that I, an adult human, should use a digital timepiece. Presumably just afterwards they returned home to their mud hut, examined their sun dial and set up their quill and parchment to write a letter.

I didn’t, because I live in the modern world. My world doesn’t have smallpox any more – suck on that one, luddites.

In a screen the same size as the first knuckle of my pinkie (and I have fat fingers), the F-91W can tell you the active mode, the date, date of the week, time and even finds a spot for a 12hr/24hr indicator.

When looking at this sparse economic layout I find myself pondering the great mysteries of life, and I once checked the time as I sat under a fig tree and accidentally achieved Enlightenment. It was pretty cool.

In the 2006 Denbeaux Report into Guantánamo detainees, evidence the Government cited as proof that the detainees were enemy combatants included the following:

To be honest, if you’re not willing to suffer for your art a little bit, do you really even deserve to know what time it is?