Everything you’ll understand as an only child

It’s a basic introductory question. “So you have any brothers and sisters?” And more often than not, when the answer is “no, I’m an only child,” we solo kids are met with raised eyebrows and strange sympathetic noises.

“Don’t you get bored?” they ask in disbelief. The selfishness of your parents’ refusal to mass-reproduce is too bizarre for them to handle.

So with that in mind, these are the things you’ll relate to if you’re an only child.

You’re super tight with your cousins

The closest thing to siblings are cousins and even if they’re siblings themselves, they took you in at a young age (mainly out of pity). You grew up at each others’ houses and they became your first best friends. 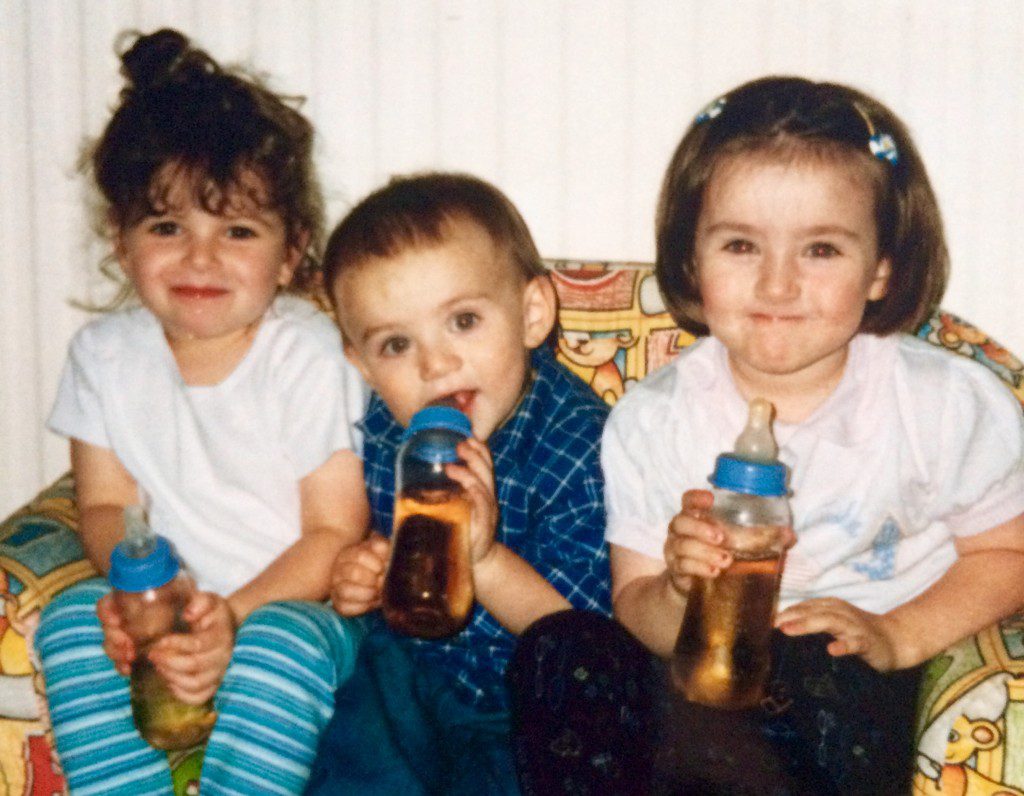 Other people can’t comprehend such a close relationship between cousins. You’ll still physically fight and do each others’ fake tan but you’re not expected to share a bath.

The cousin bond is precious and there’s a lot of love but once the arguing starts you can just get up and leave. No bedroom door slamming or screaming for Mum to be on your side – you retreat to the peace and quiet of your own bedroom in your own home.

You never knew what hand-me-downs were

This strange, foreign-sounding term was thrown around the playground when someone was showing off their sister’s coat. You were left out of the exclusive hand-me-down club; the New Look jeans were a distant mirage while you were firmly stuck in Tammy Girl.

There’s no stupid/clever child to be compared to

Exam results and parent evenings were an unpredictable affair. Your parents didn’t really know what was reasonable and what was a complete bomb out.

It worked well with average grades, you felt blessed to not have to follow in an older sibling’s straight-A footsteps. You represented the family as a solo force, mum and dad were proud of their only, and therefore golden, child.

But your sparing moments of excellence are often overlooked. An A* in History doesn’t mean much when there’s no rogue sibling that usually brings down the family average. You have to drop subtle comments about Sarah from netball consistently getting Cs to big yourself up.

You have to assure everyone you’re not lonely

People become overly sympathetic when they find out you’re an only child. As if lacking a sibling deprives you of the ability to make friends. Just because you aren’t being rugby tackled down the stairs by an older brother doesn’t mean your lives are void of excitement.

You were sent off to summer camps from a young age to make sure you were capable of socialising. Being left alone in another school’s sports hall to fend for yourself meant you were a ballsy six year old who could strike up a conversation with anyone. An invaluable lesson for later life.

When you’d fallen out with your cousins and all your friends were busy, a concrete mass had to substitute as company. It returned your tennis shots, your football kicks and annoyed the shit out of your parents.

You always had the ultimate comeback for being yelled at for continually smacking a ball against the side of the house. “If you’d given me a brother, this wouldn’t have to happen.”

If there aren’t any young people at your resort, the holiday will be shit

Lying on a beach for ten days with just your parents is a grim prospect. You eye up the other youths on the plane for potential company, otherwise it’s the same three-way family arguments in 30 degree heat.

You’ve also graced every kids’ club in the Northern hemisphere while you parents needed some “relaxing time” and considered one child too much to handle.

Every so often you need some serious alone time

Even if you’re an extremely confident person, being an only child makes you slightly introverted by default.

It’s difficult to explain, but having spent so much of your life by yourself, sometimes there is a pressing need to withdraw from your busy social life to the comfort of your own personal space.

You won’t marry another only child

Being the fun aunt or uncle who sneaks you money and alcohol is the ultimate family goal but the chance of this happening has been significantly reduced.

Your only other option is to marry someone with siblings. Being “auntie” via your best friend just isn’t the same.

Christmases are a great success

You don’t even try to play it down anymore – you do get more presents, and it’s fantastic.