This Order of the Phoenix spreadsheet shows how J. K. Rowling’s brain works

It’s the mind palace where she planned out book five

The proof is writ large in a document that has been released showing the forensic plotting of the fifth novel, Harry Potter and the Order of the Phoenix.

It showed that she plans stuff date-to-date. All the deep detail is there: it foreshadows the role of the ‘prophecy’, Harry’s tortured love dilemma between Cho Chang and Ginny Weasley and touches on the repositioning of Professor Snape’s character. 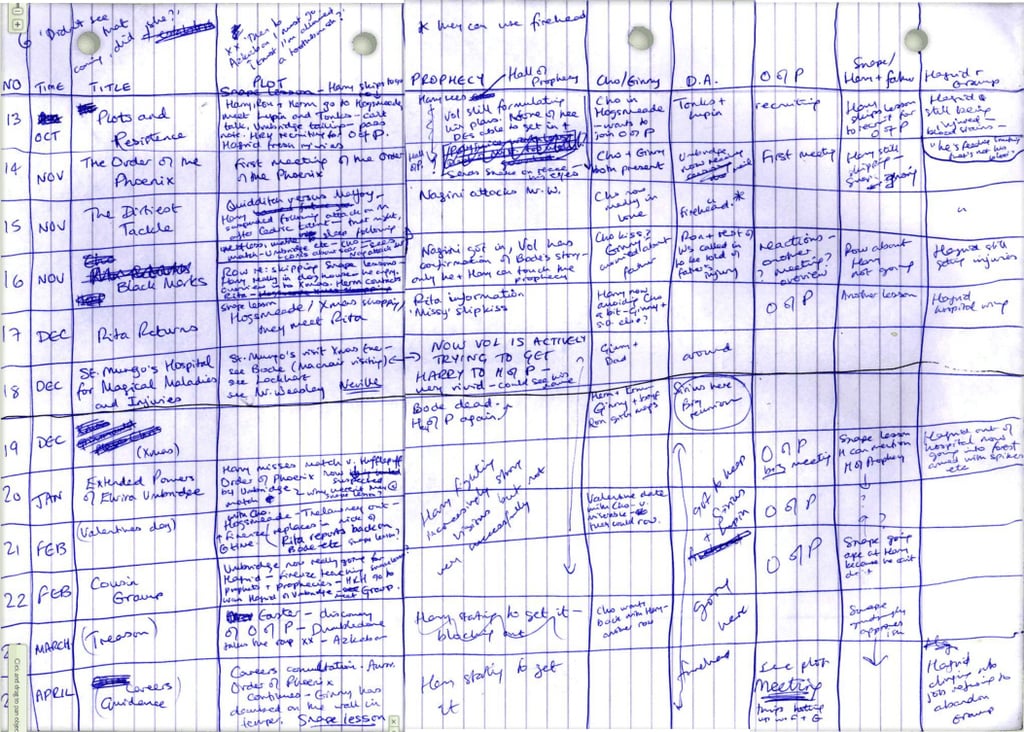 JK Rowling’s notes shows how she weaves together several different plot threads in the fifth book, teasing us details which would become clearer in the Half-Blood Prince and the Deathly Hallows. It’s a lesson in perfect novel planning from JK Rowling.