Quite why this exists is unclear

Tangerines branded with the Star Wars logo seemed like the point at which movie merchandising could go no further. And then Disney gave the world six minutes and 14 seconds of Star Wars-themed house music.

R2 Knows, by house DJ and producer Claude VonStroke (real name Barclay Macbride Crenshaw), took a head-nodding tech-house track and added bizarre lyrics covering all the major plot beats of Star Wars: from “Luke lost his hand but a Jedi doesn’t need one” to “R2 and 3PO are hanging with Chewbacca”. There’s even a sample of Chewie’s roar.

The cumulative effect is like being on the dancefloor with a friend who won’t shut up about her favourite film and just dance.

Quite why this exists is unclear. The track is one of 15 on the new album Star Wars Headspace, an electronic music compilation album (yes, they still make those) which features sound effects and samples from the Star Wars films. While bootleg mashups and Cassetteboy-esque re-cuts aren’t much of a novelty anymore, this isn’t a homemade Soundcloud remix but an officially licensed product, released by Disney’s record label Hollywood Recordings. Money, time and effort went into this, which makes it even more incredible that it actually got past the stage where someone pitched it in a board meeting. 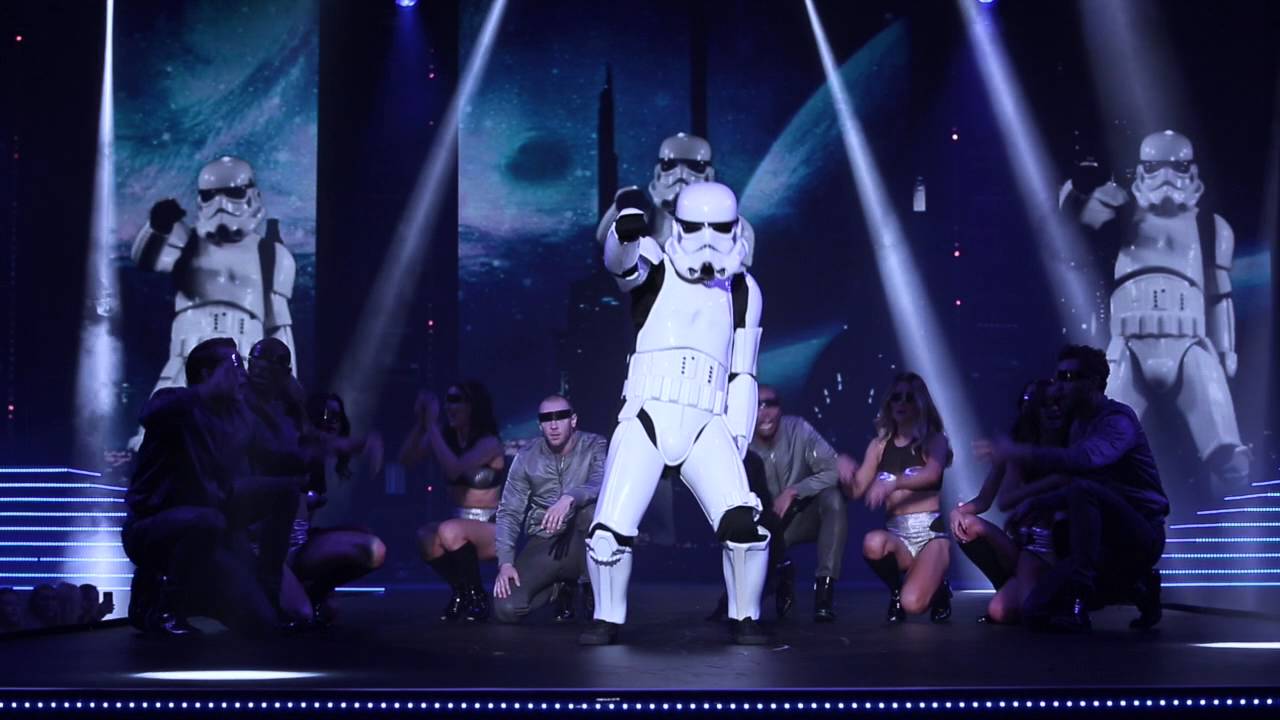 This is his jam

Somewhat surprisingly, the acts assembled to contribute tracks for this album are pretty impressive. Flying Lotus, Baauer, Bonobo and Rustie are listed, suggesting there’s at least no shortage of Star Wars fans in the music world (nerds – this is the ammunition you needed).

If anything though, the array of impressive yet relatively obscure talent only makes understanding who this album is even intended for more difficult. Are Flying Lotus fans expected to rush out and buy the album (remember when you used to buy albums?) so they can hear his track? Are Star Wars fans rushing to buy it because they’ve always wanted to have a song sampling C-3PO on their workout mix? Or is it just a vanity project, part of Disney’s continued efforts to leave nothing in the world untouched by either the words Star Wars or Marvel?

None of the tracks on here will live long in – or even enter – the public consciousness, of course. Not that Disney would mind – there’s another (likely) multi-million pound movie coming later this year.